Croatia 2022: How did you get visas and is it worth going on vacation to Croatia?

For 2.5 months we traveled almost the entire Balkan Peninsula and now it was time for Croatia. For two weeks I was looking for an option to enter there – we were abroad (in Montenegro) and we didn’t have a Schengen. I wrote and called to a bunch of companies and everybody said that it is impossible to get a Schengen visa. In the end, I found information on the Internet that there is a Bulgarian visa and you can use it to enter Bulgaria, Romania, Cyprus and Croatia.

It took me about a week to find an agency that will make us a visa, because, again, almost all refused to do it “due to the situation” and guaranteed a 100% refusal. In the end, we found an agency in Moscow, which no problems agreed to do the visa. Normal visa – 6 working days, urgent – 2 working days. It cost about 10,000 rubles. We in Montenegro found people who were flying to Moscow, handed them their passports. Then, when the visa was ready, we found people who were flying from Moscow to Montenegro and handed the passports to them. We received passports to enter Croatia.

We went to Croatia mainly for important business, but we did not want to miss an opportunity to get to know the country better, so we decided to take a walk there. It turns out that just two hours away from our apartment, there is the city of Dubrovnik, one of the most beautiful cities in Croatia. And most importantly, it’s the city where most of the “Game of Thrones” series was filmed.

There we could see the main attractions of the series: the Fortress of St. Lawrence, where the battle took place on Blackwater, the Stairs of Shame, where Queen Cersei went – by the way this scene was forbidden to film by the Catholic Church, because behind Cersei was the Assumption Cathedral, but apparently somehow managed to agree. There’s also the pier where Cersei used to send her daughter off, and next to the pier there’s Lacrue Island, which was also filmed. On the island are incredibly beautiful gardens and a lot of unusual nature, that is, it’s just a nature reserve.

Dubrovnik certainly struck us with its beauty, of all that we saw during this time – I liked it best. The color of stones is almost white and everything there is clean, a lot of old buildings, which reminded me a lot of Italy. In terms of prices, of course, there is much more expensive than in Montenegro or Serbia, that is, prices in Dubrovnik are about 1.5 times higher.

Next, we had to go to the capital of Croatia – Zagreb. We did not go by car, because without a stop from Dubrovnik to Zagreb is about 8 hours, so we would have to drive the whole day. So we drove two hours to Podgorica and from there it took only an hour by plane to Zagreb.

By the way, I am very surprised by the prices of airplanes in Europe. Here if you buy tickets a few days in advance and you have no luggage – the tickets will come out only 1500 rubles per person. But we had luggage, so 3 tickets came out to us in 15.000 rubles. And I do not understand why from Khabarovsk to Vladivostok for an hour flight 10,000 per person, and here many times cheaper. Moreover, we were told that sometimes there are promotions in winter, and the ticket may cost just 5 euros.

As a result, we flew to the capital of Croatia, Zagreb, where we stayed for about 3 days – working during the day, walking and watching the city in the evening. To be honest, I didn’t like Zagreb – very hot, the city looked dusty and dirty.

We immediately saw the difference between seaside cities, where the air is immediately very clean and there is no dust, with cities where there are a lot of cars. Everything gets covered with dust very quickly and the air is not so clean. In general, Zagreb itself did not particularly impress us. We drove around the main places and realized that it wasn’t our place.

On the weekend it was decided to go to the sea, we just googled what interesting things are around, we chose the town of Novigrad, it’s a 3 hour drive from Zagreb. There we rented some really cool rooms in mobile homes, i.e. small mobile homes set up on the beach. But on top of that there are a lot of people who come in wheelbarrows. There are about 20 such mobile homes on the beach and about 600 camping sites. In Europe it is very common to have these mobile homes, people come for a week or for the whole summer. There are all facilities, from toilets to sockets. Throughout the area there are swimming pools – adult and children’s, and access to the sea.

Beaches of Croatia for the most part are stone, that is not sandy and pebble, but stone – a piece of rock goes into the sea and it specially poured concrete and make stairs for convenience. From it you go right up to your waist in the sea and swim. For me it is very unusual and I really do not see such beaches anywhere else. And the water is very clean and beautiful.

But the most wonderful thing for us was living in these houses on the beach. It felt like we were in paradise. It is such a quiet serenity. The cabins are also equipped with everything you need to live – stove, dishwasher, restroom.

There are children’s rooms at the campsite, that is, you can take your kids there to play. In a word everything is made for people, so that the person has arrived and it was comfortable for him – it is possible to go to cafe, restaurants, and it is possible to cook by yourself at home.

Prices in Croatian stores were the same as in Russia. Even some products came out cheaper. The choice of products was bigger than in Montenegro. But dairy products, and especially sour cream, are tastier in Montenegro! This is generally the top 1 sour cream I’ve ever tasted)) The people are very kind mentality, but people in Montenegro and Serbia are more open. But I want to note that the general level of internationalism in the Balkans is very high. They treat children well, always try to get acquainted, play, do something good for them.

Croatia pleasantly surprised us! If you want to go on vacation this year, I definitely recommend Croatia)).

Yesterday morning offered my wife – why not go to the sea in Croatia (once again). Threw backpacks in the car, poured food for Masha, and drove to Crikvenica (the nearest Croatian beach resort).

Crikvenica is a town, and Crikvenica rivjeva is a strip of beaches near the port of Rijeka with an oil refinery and a cargo terminal. Anyway, I didn’t expect anything in particular, but what I saw turned out to be worse. So this morning we went home. 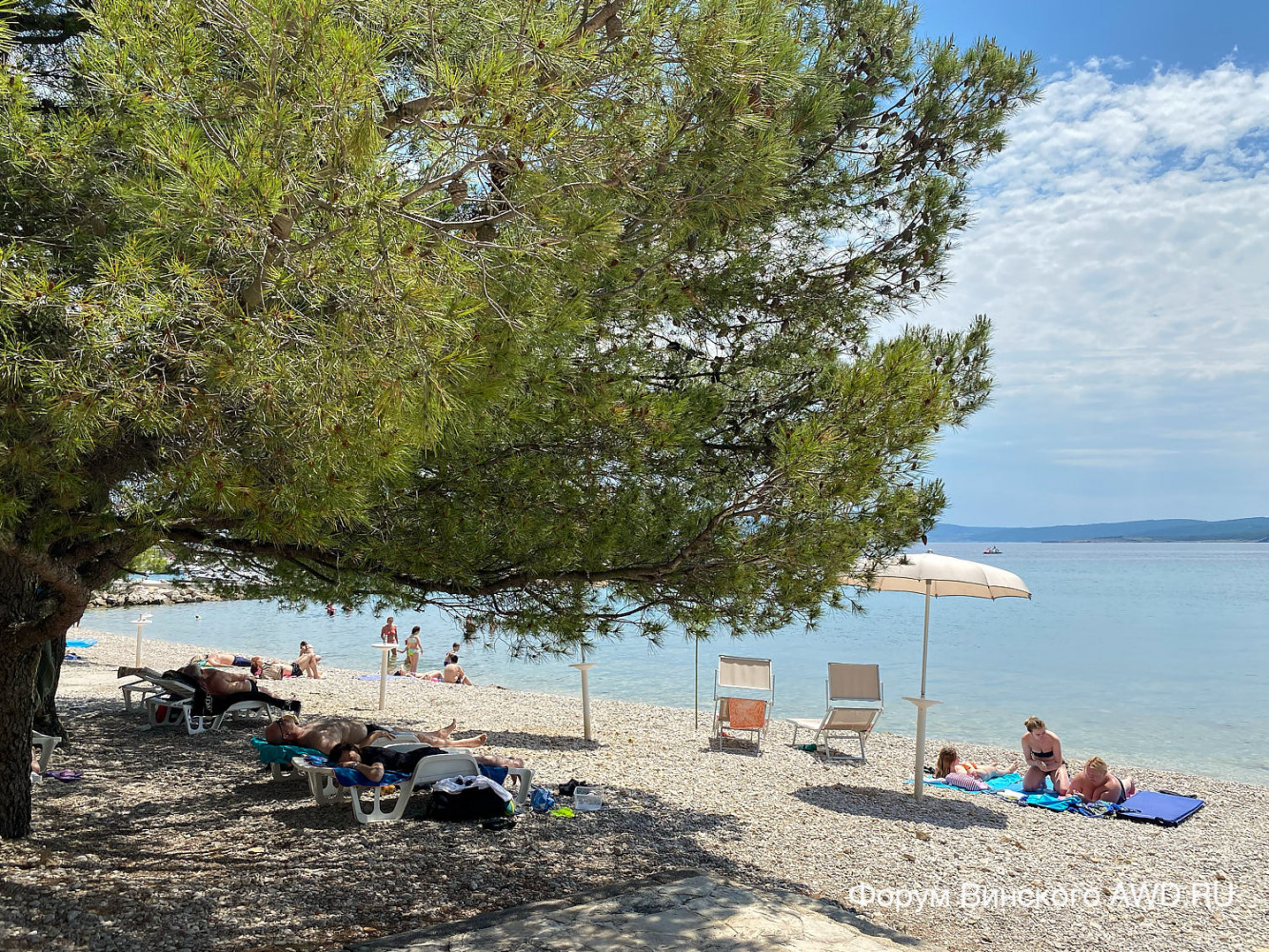 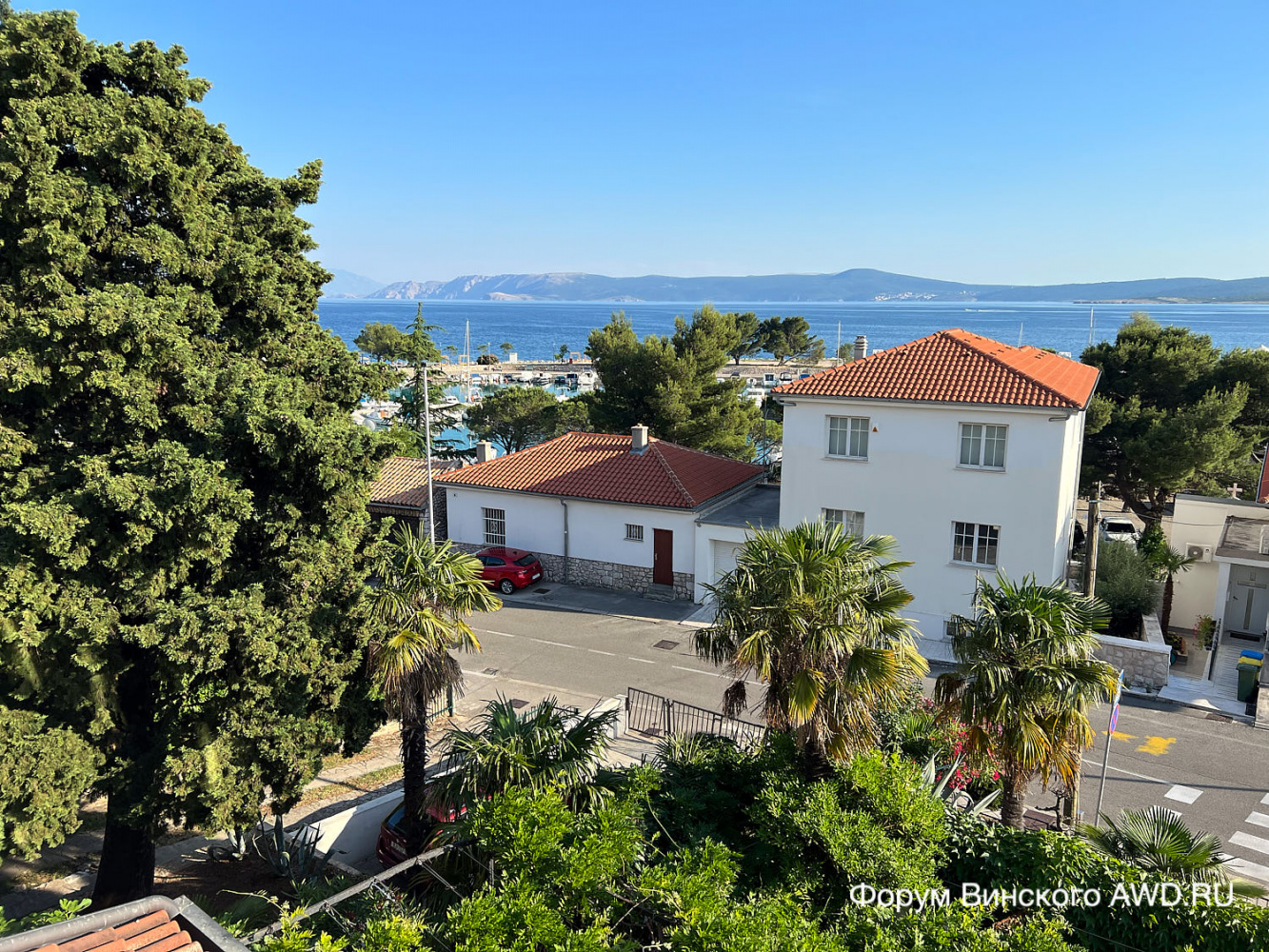 Although the sea in Crikvenica is wet, the sun is shining, and a lot of Russians. The impression that the whole Russian-speaking Czech-Slovakia-Bulgaria came here to rest on the sea, and for a long time.

As usual, immediately upon arrival we rented bikes. Here, they are rented in cafes. Just one of them was right next to the apartment, where we stayed. 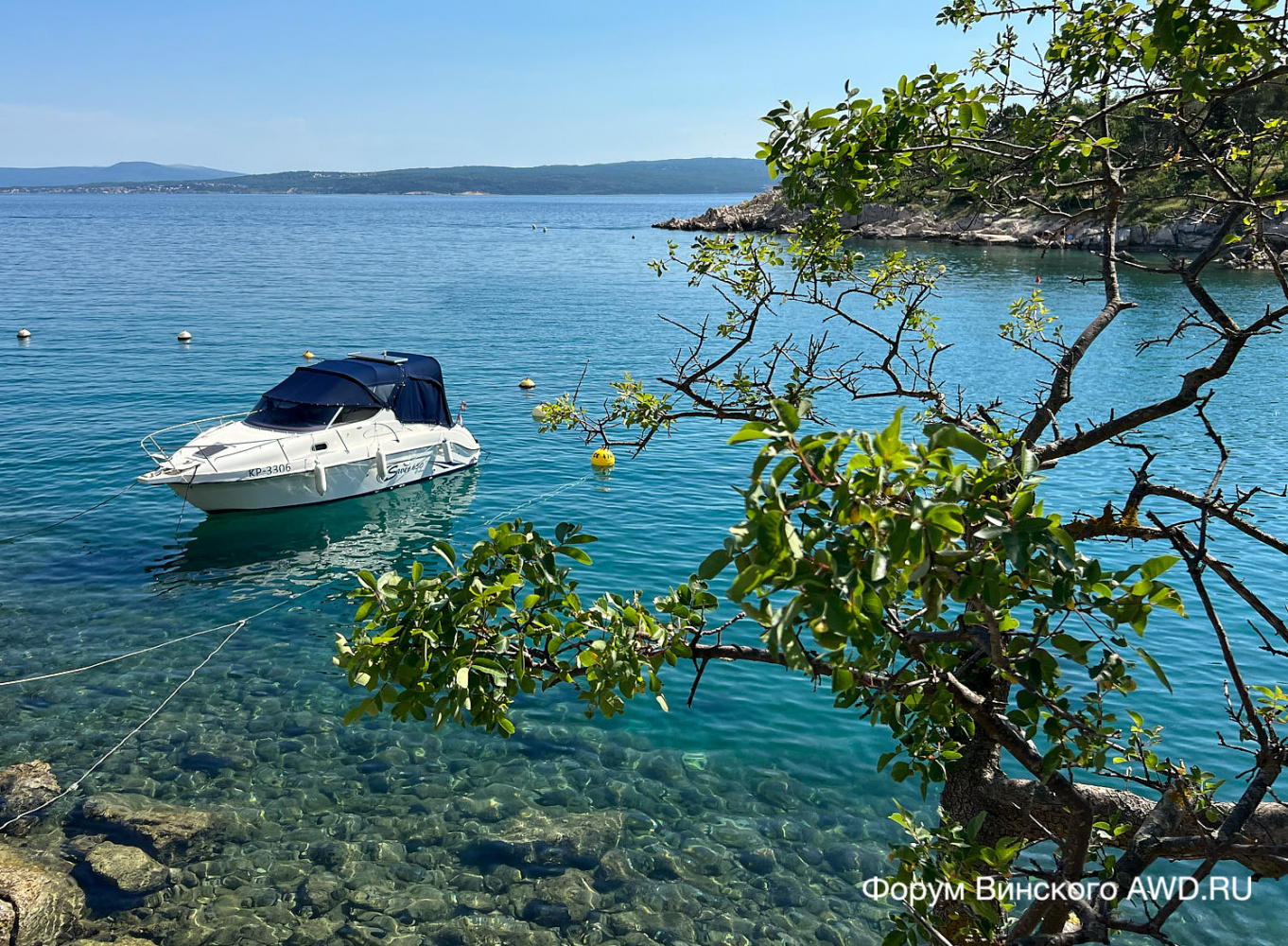 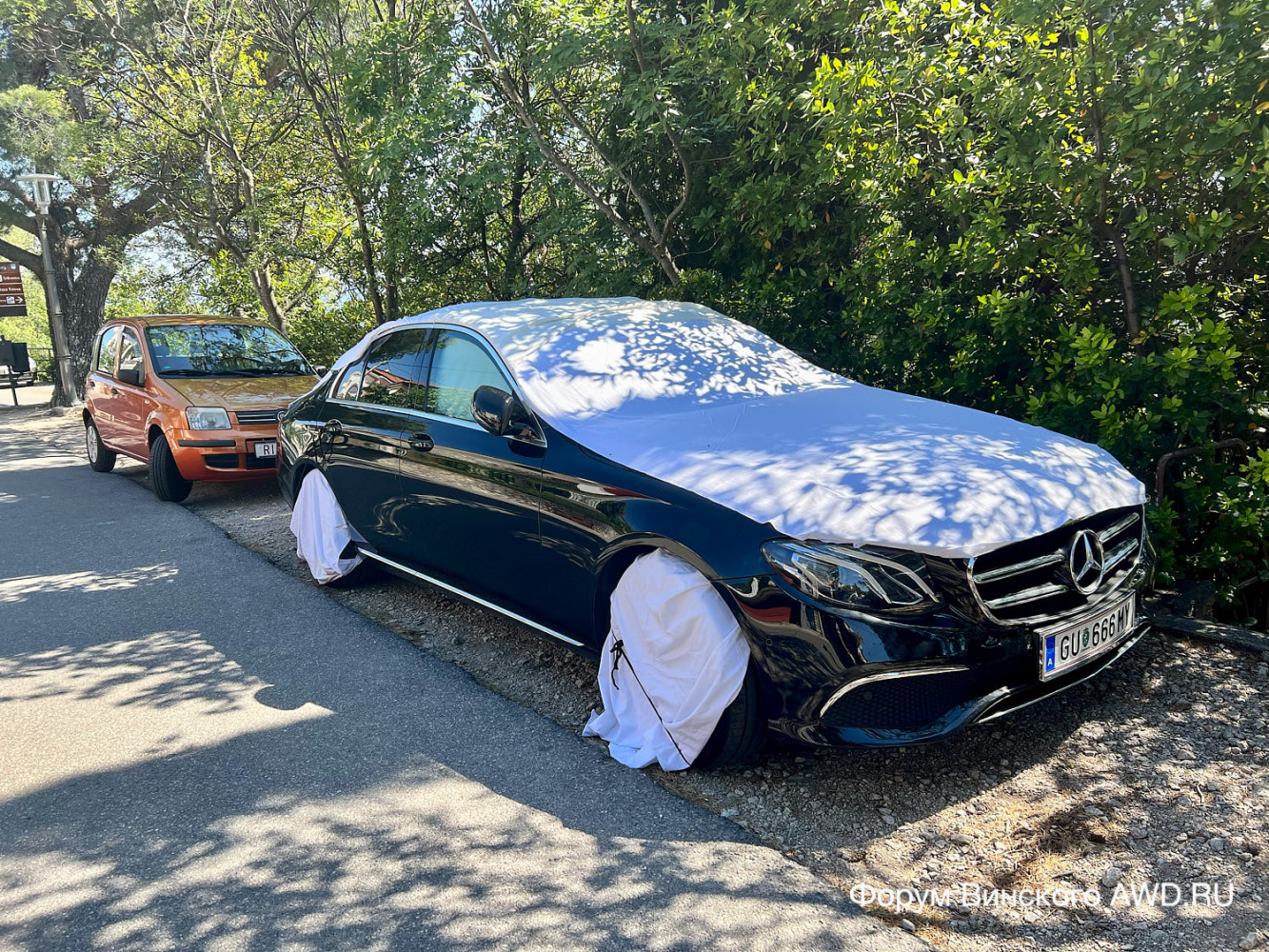 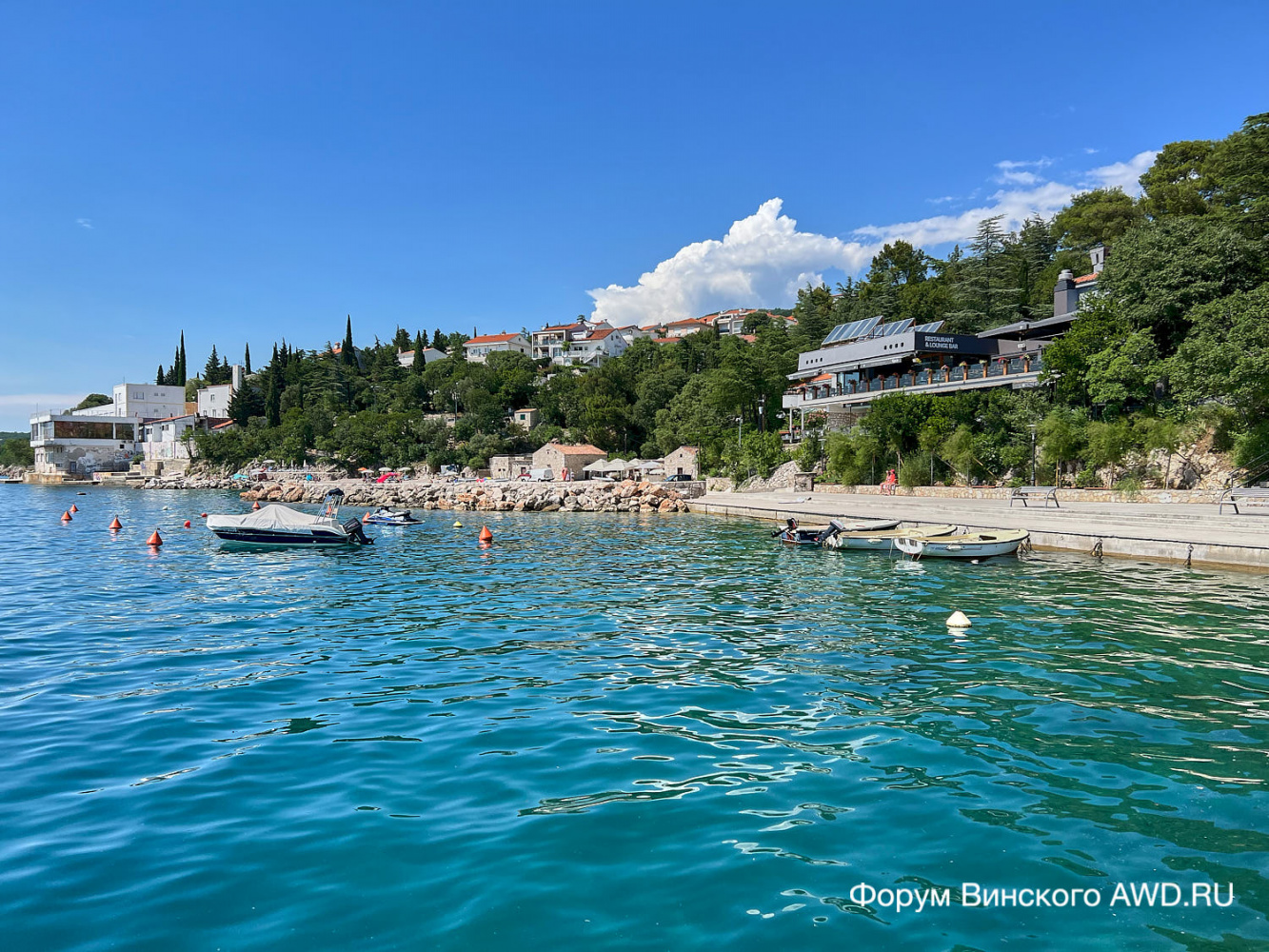 A simple Cube, but light, with hydraulics and with normal rubber. We went to the apartment to change, and went to the beaches. We started from the beach Podvorska, where the bike lane ends and north – in the direction of Cape Kačjak (which I called for simplicity “joint”). 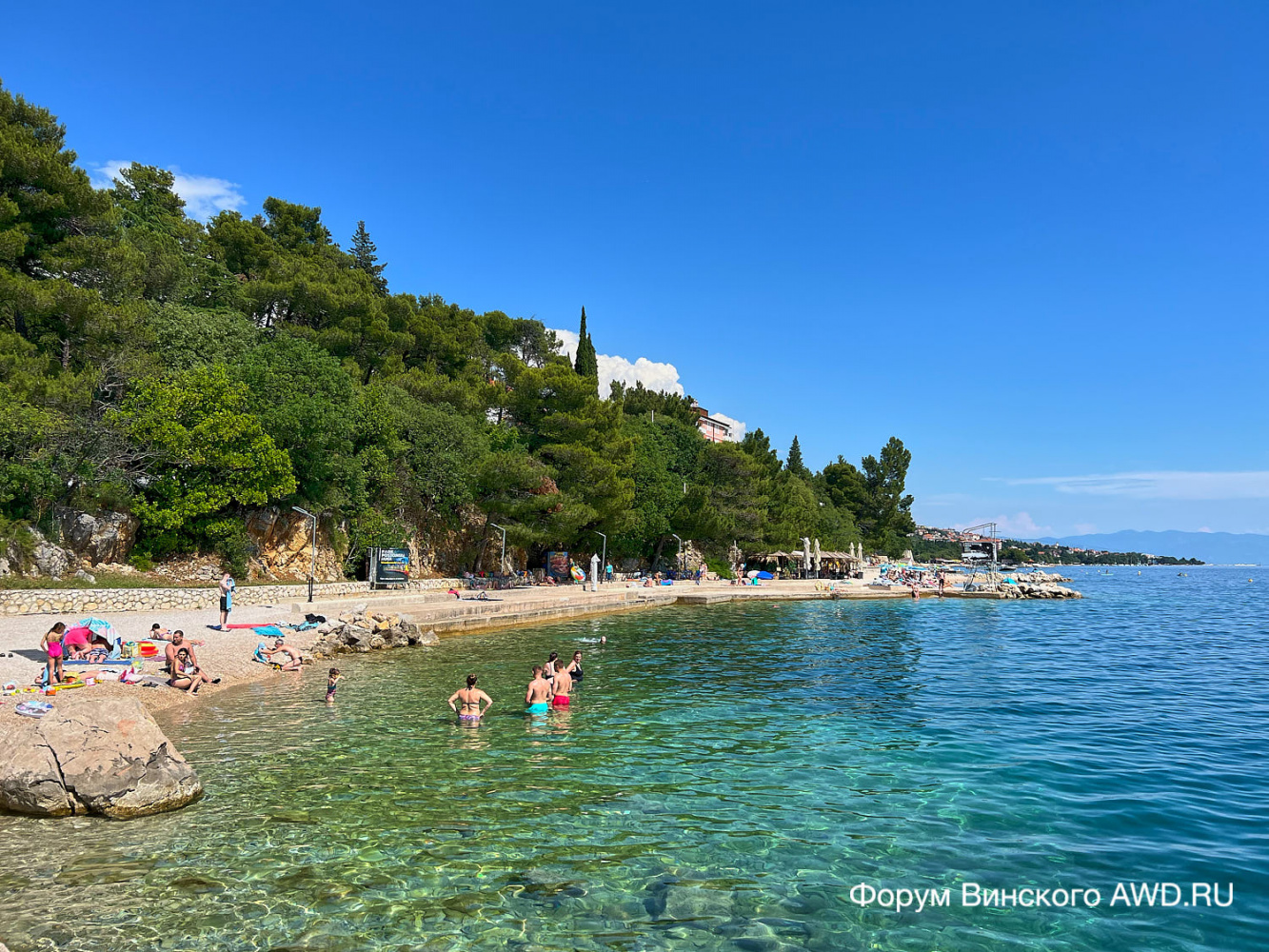 Crikvenica is spread out along the coast, but some center is there. The square, where they are now assembling an amusement park with a Ferris wheel. 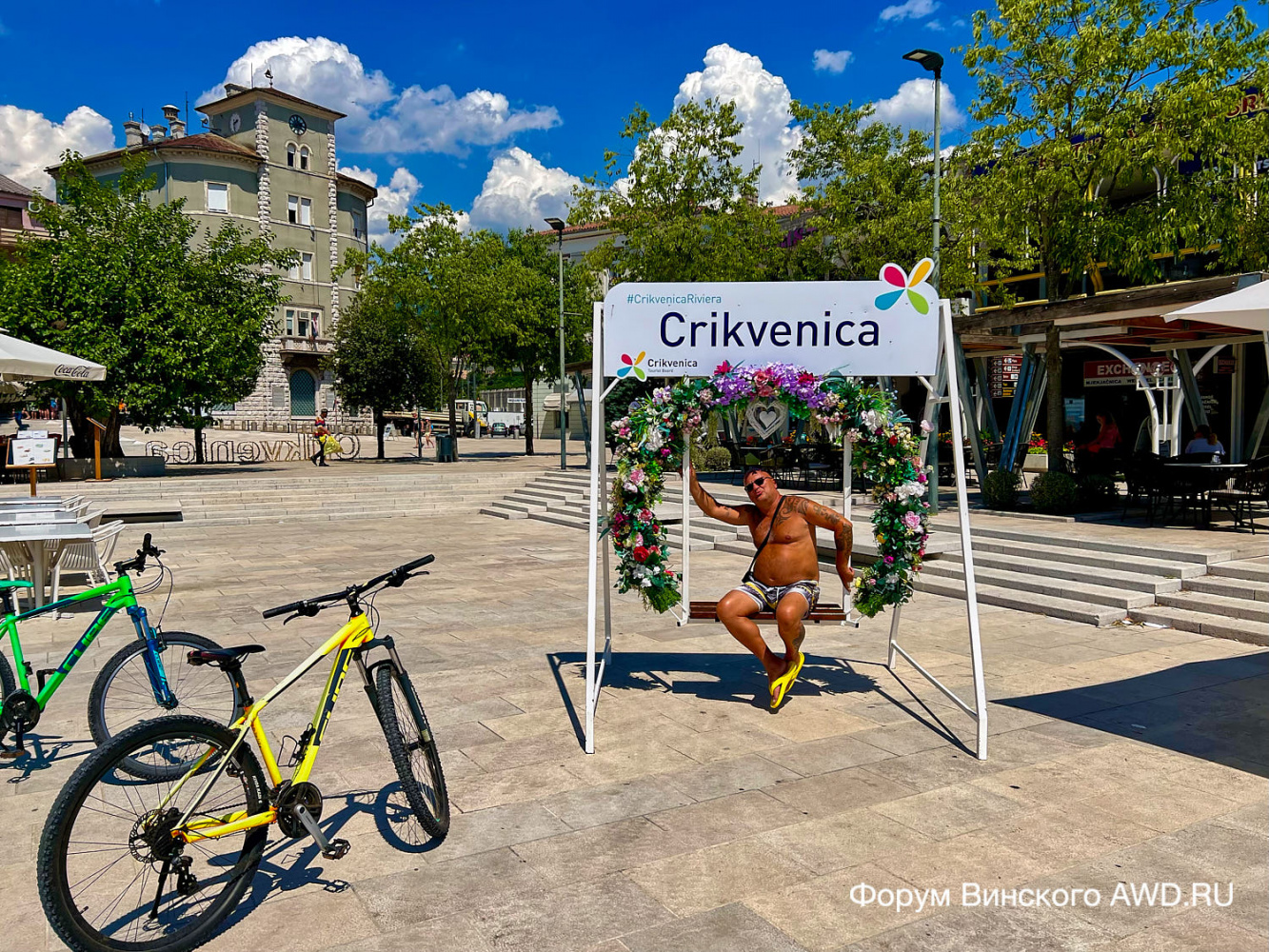 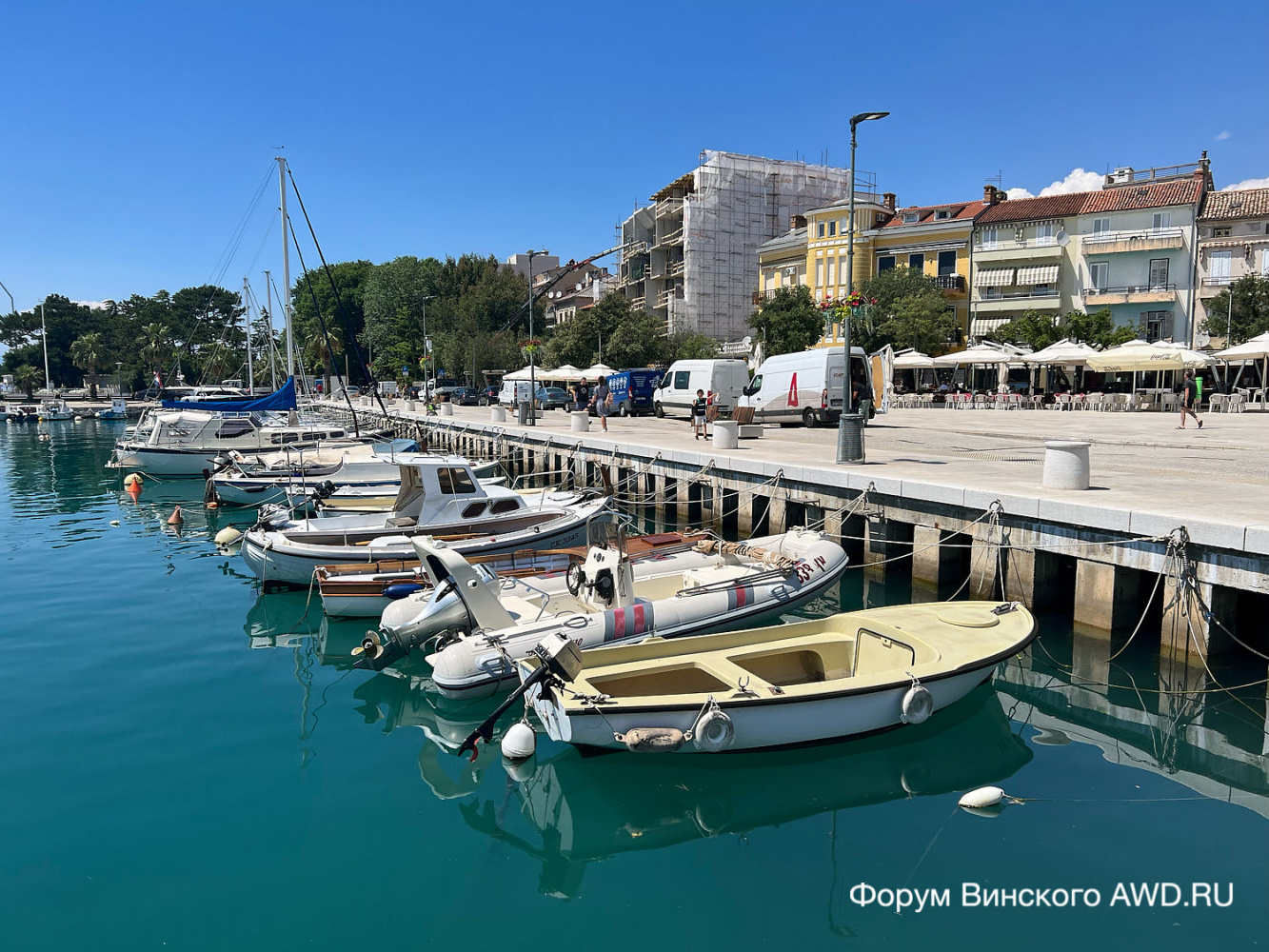 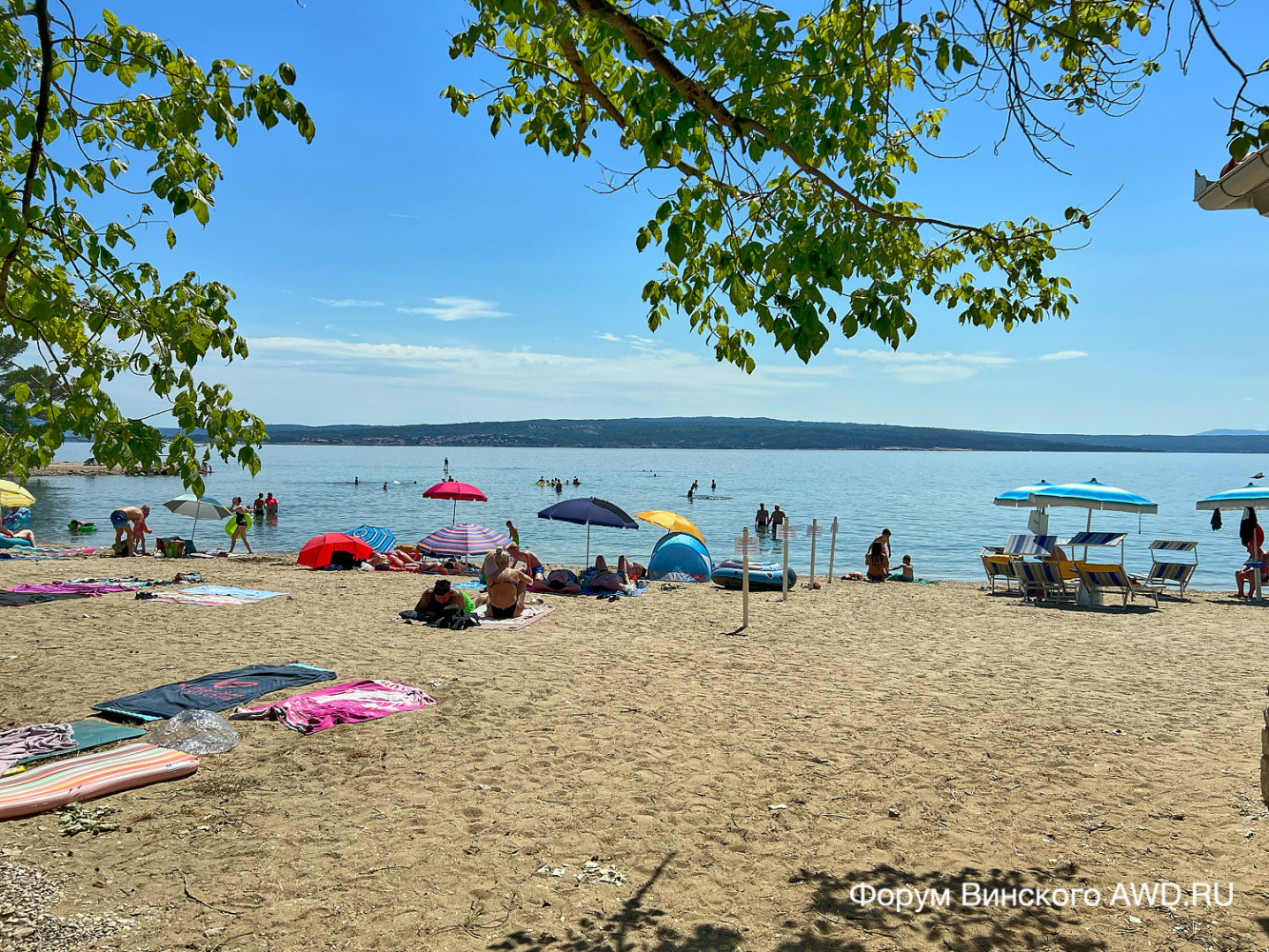 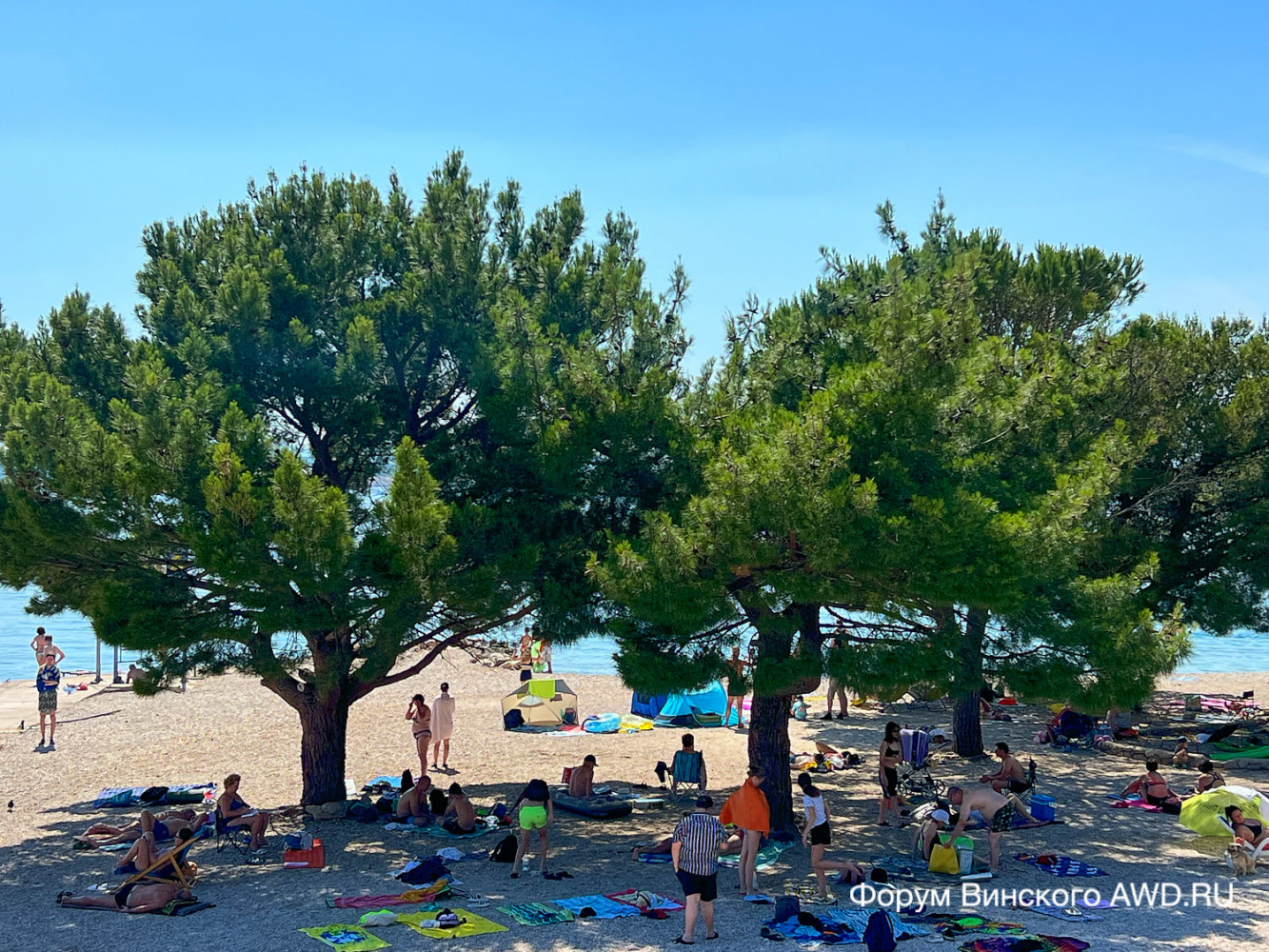 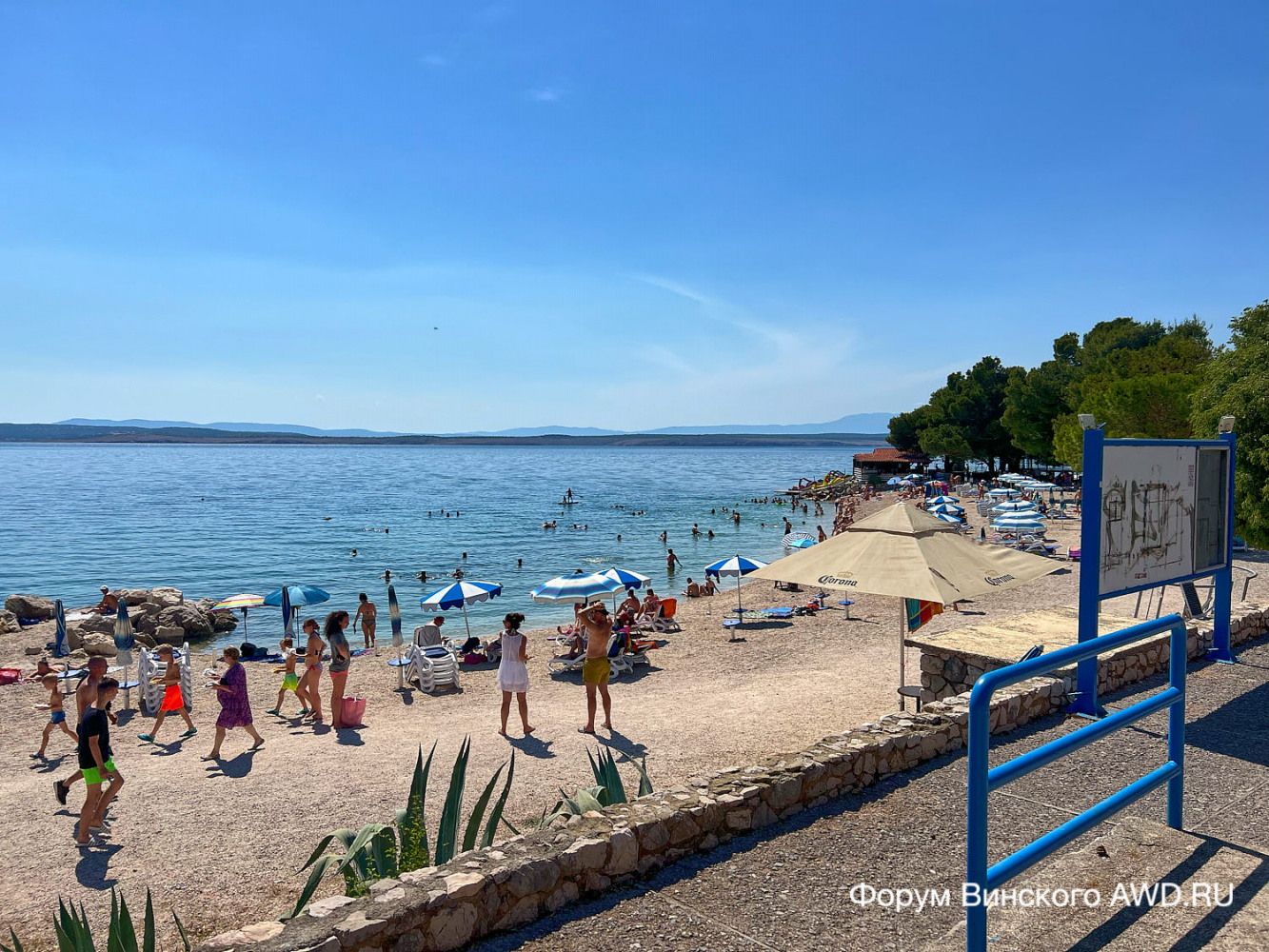 Further to the north is better. More or less normal houses with sobe/zimmer/apartament, there is a green in the form of magnolias and palm trees. There are small restaurants and huge hotels made in ussr, or rather built in Yugoslavia – a kind of titov Empire. 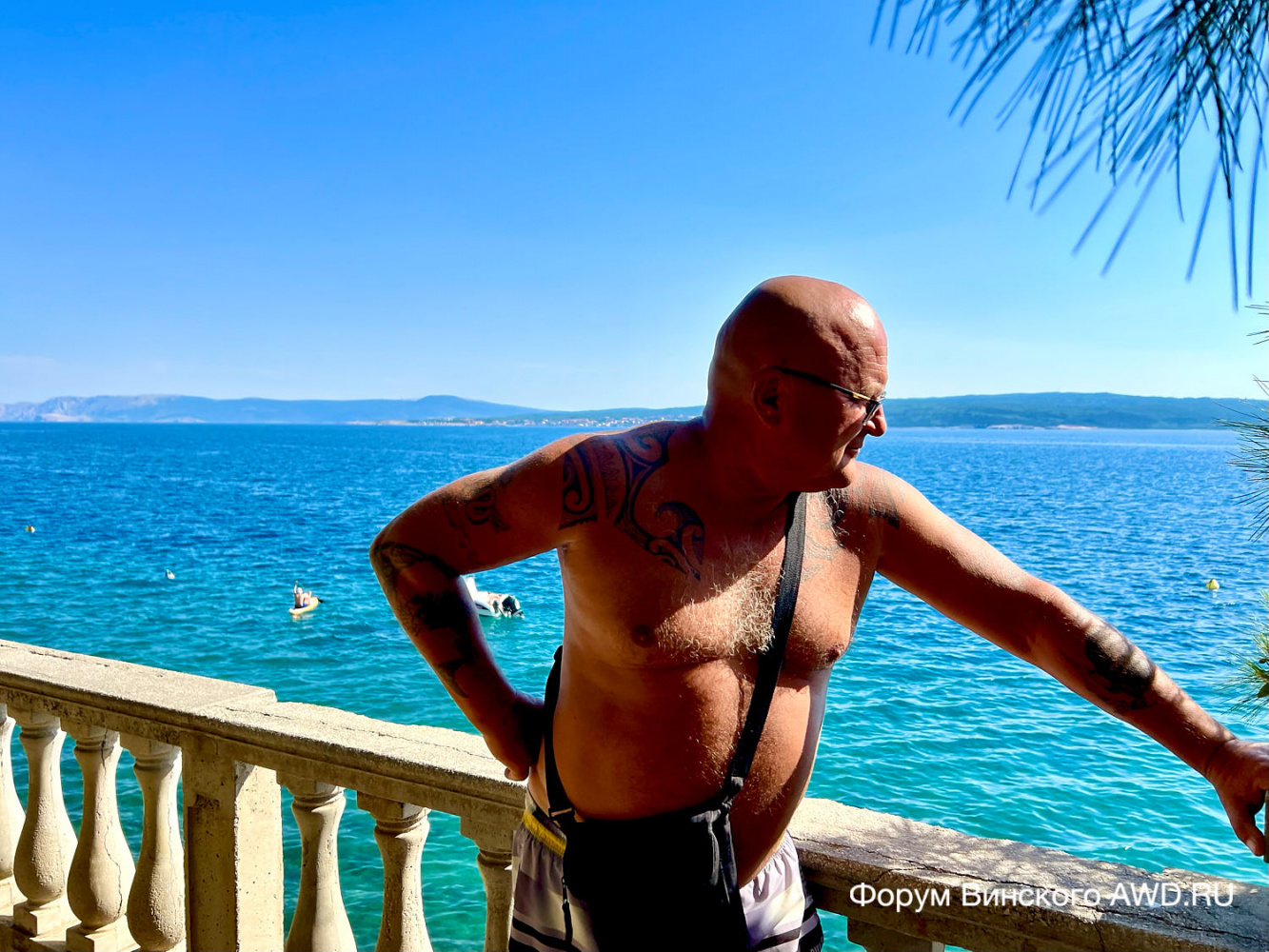 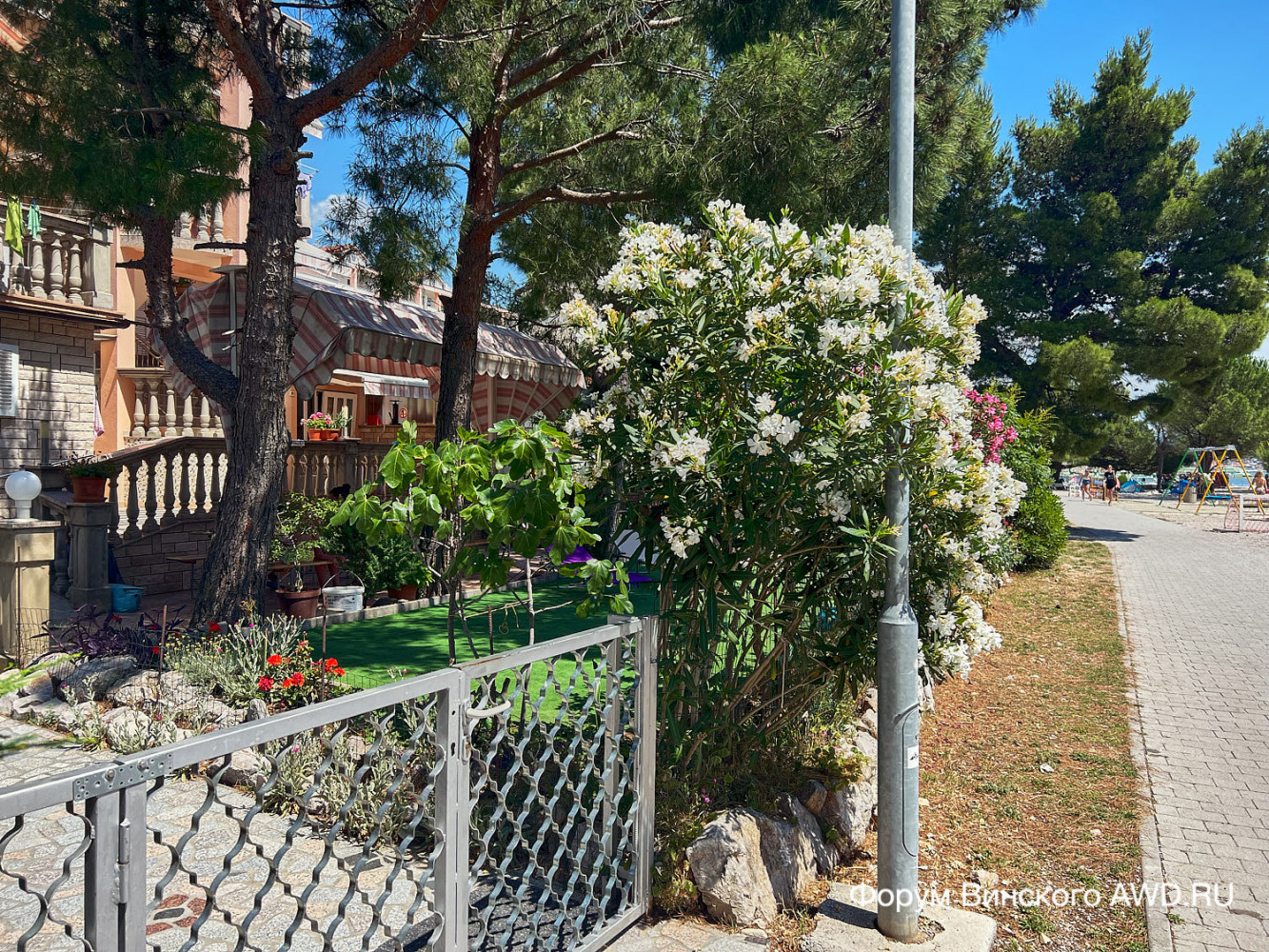 Full sense that got somewhere in the Crimea or Anapa 80-90s. I understand why Russians are so attracted here. Sovok to a sovok is attracted as a magnet.

It is more or less pleasant to drive on the Kosyak Peninsula. The narrow path skirts the green territory of another Soviet hotel (where reconstruction is going on now). There is a beautiful view of the sea. It would be if this place is not fond of nudists, laying upside down their genitals and flabby bodies (beach FKK). (For some reason all the nudists are old, fat, and German.) 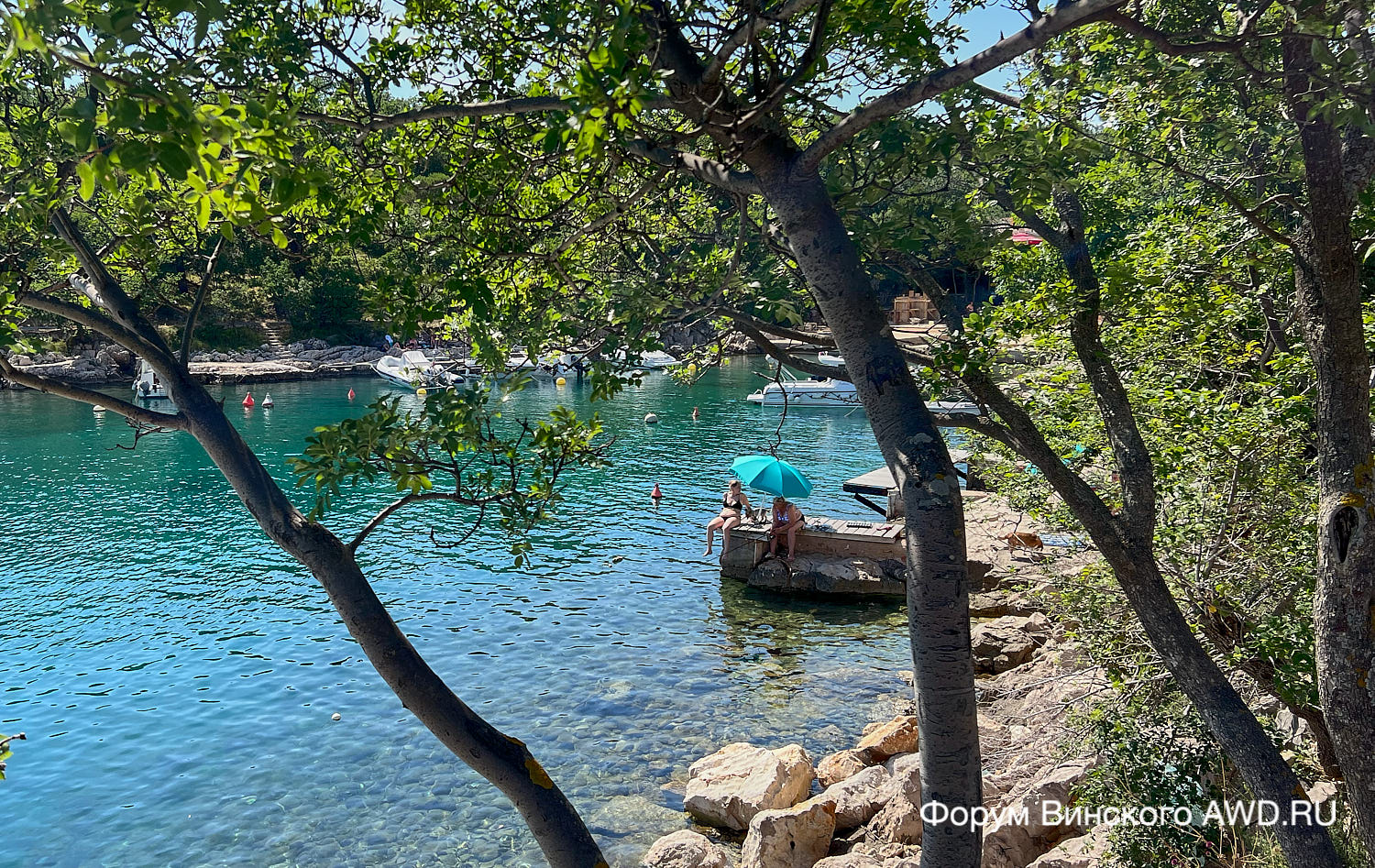 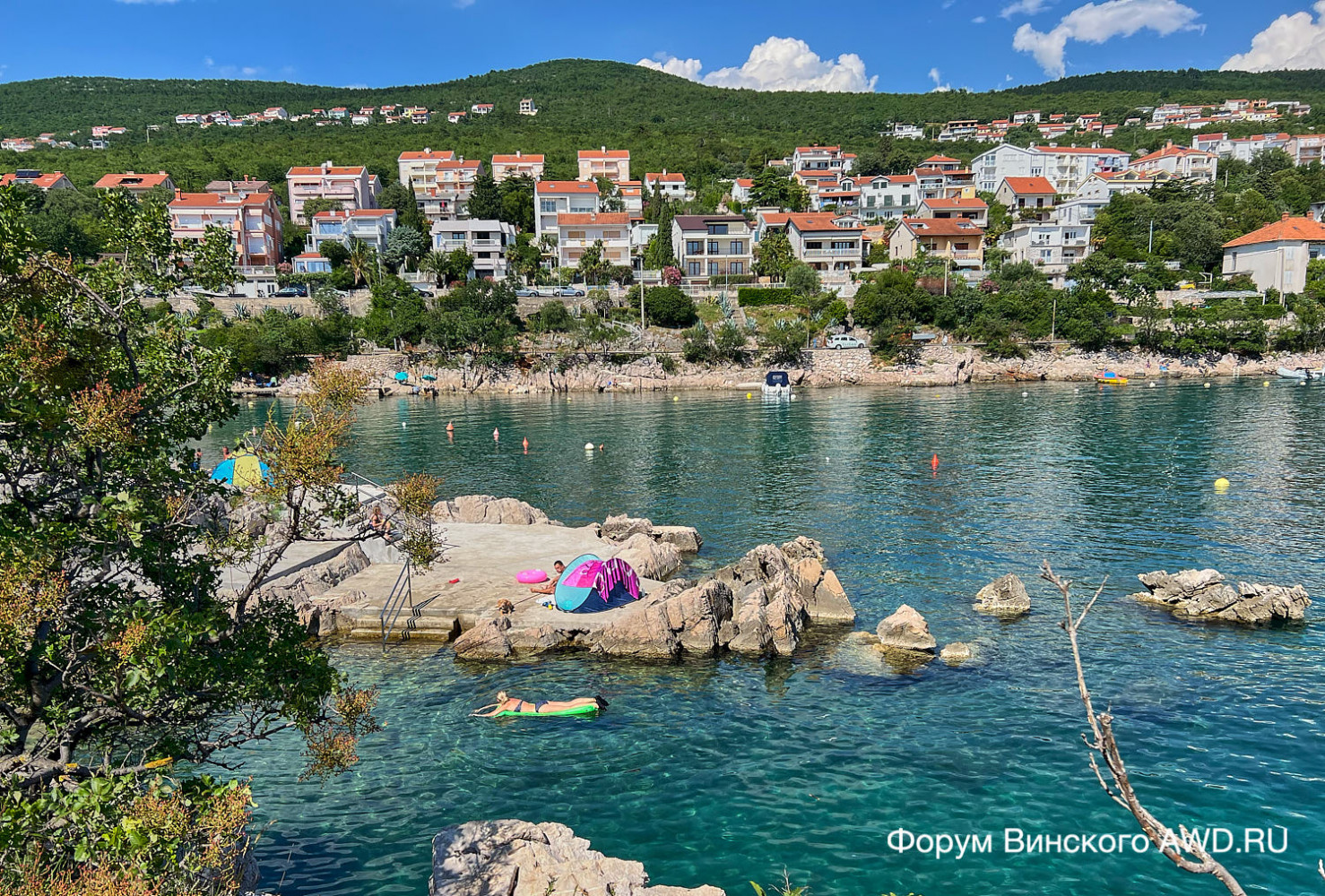 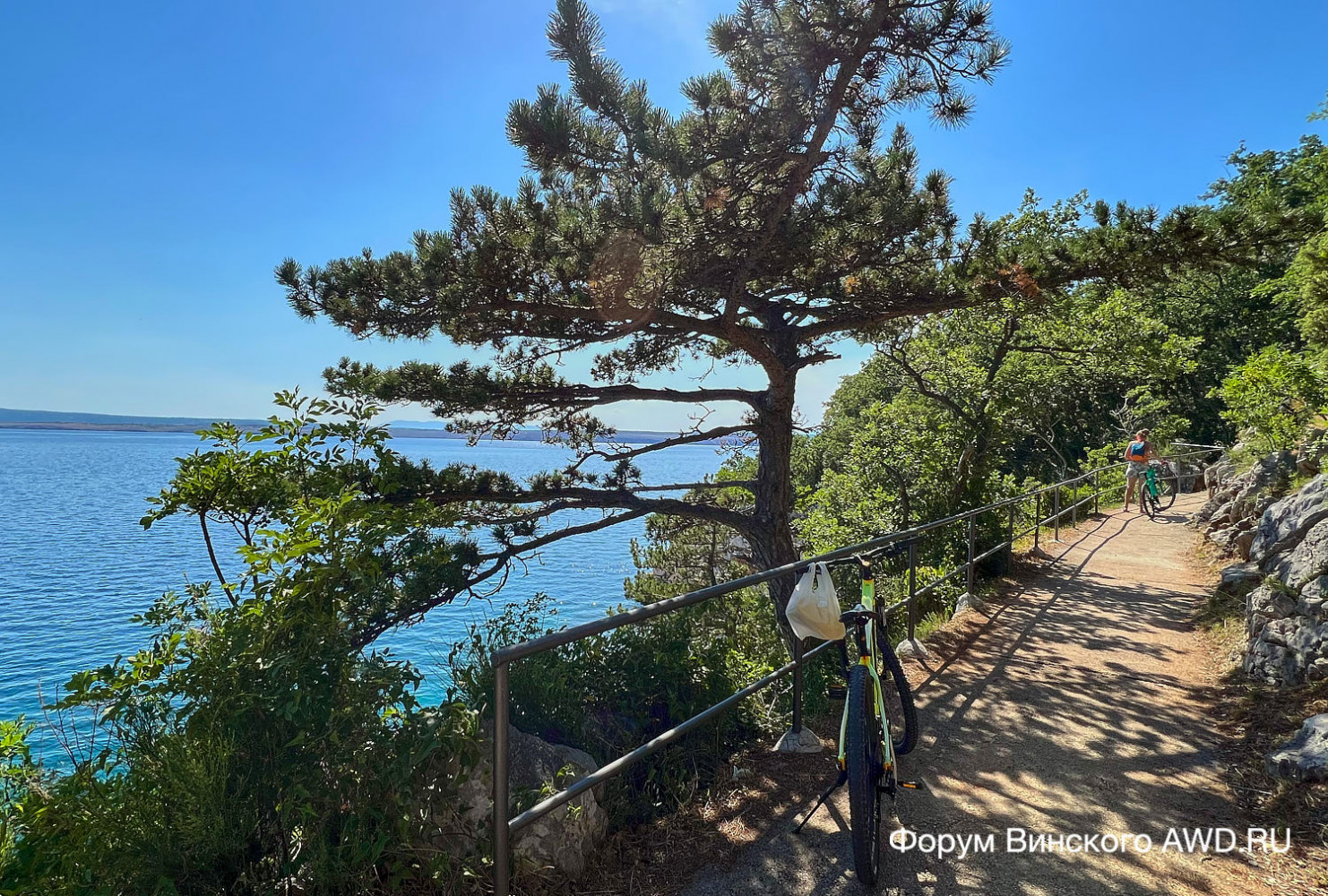 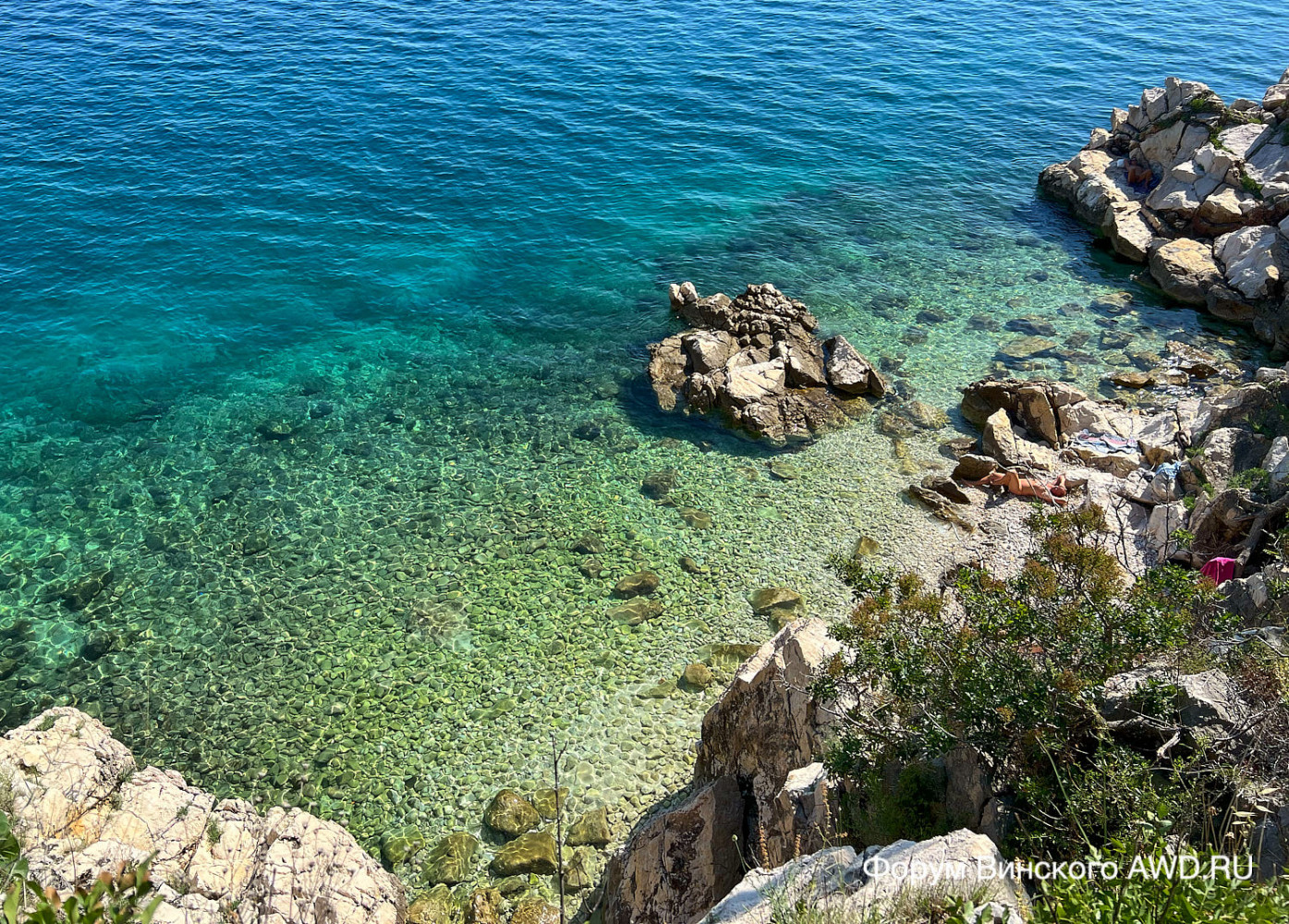 The end of our bike ride was Kacjak beach. This is the beach of a sanatorium from the Jadran chain (there were such cigarettes in my school days). 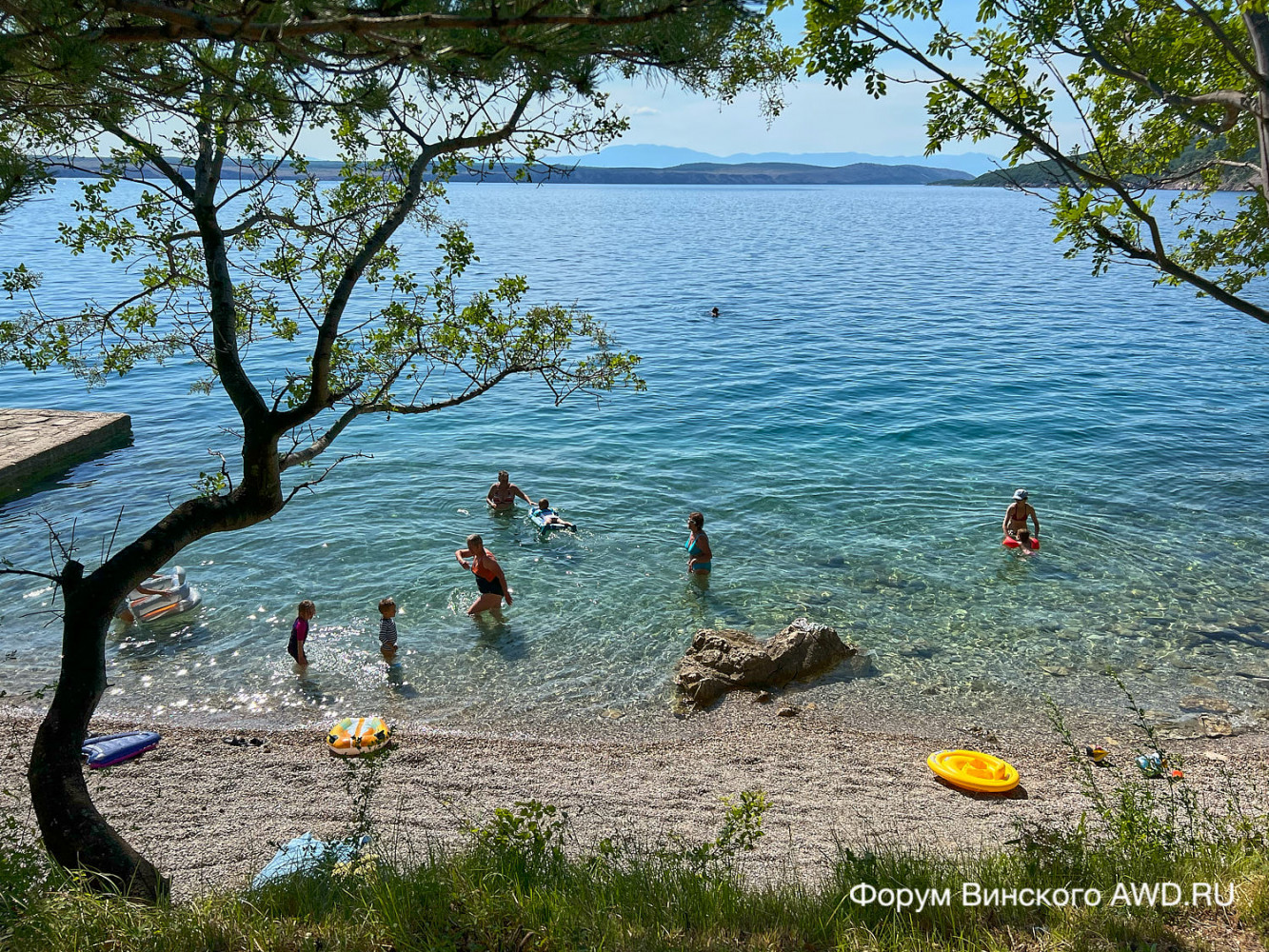 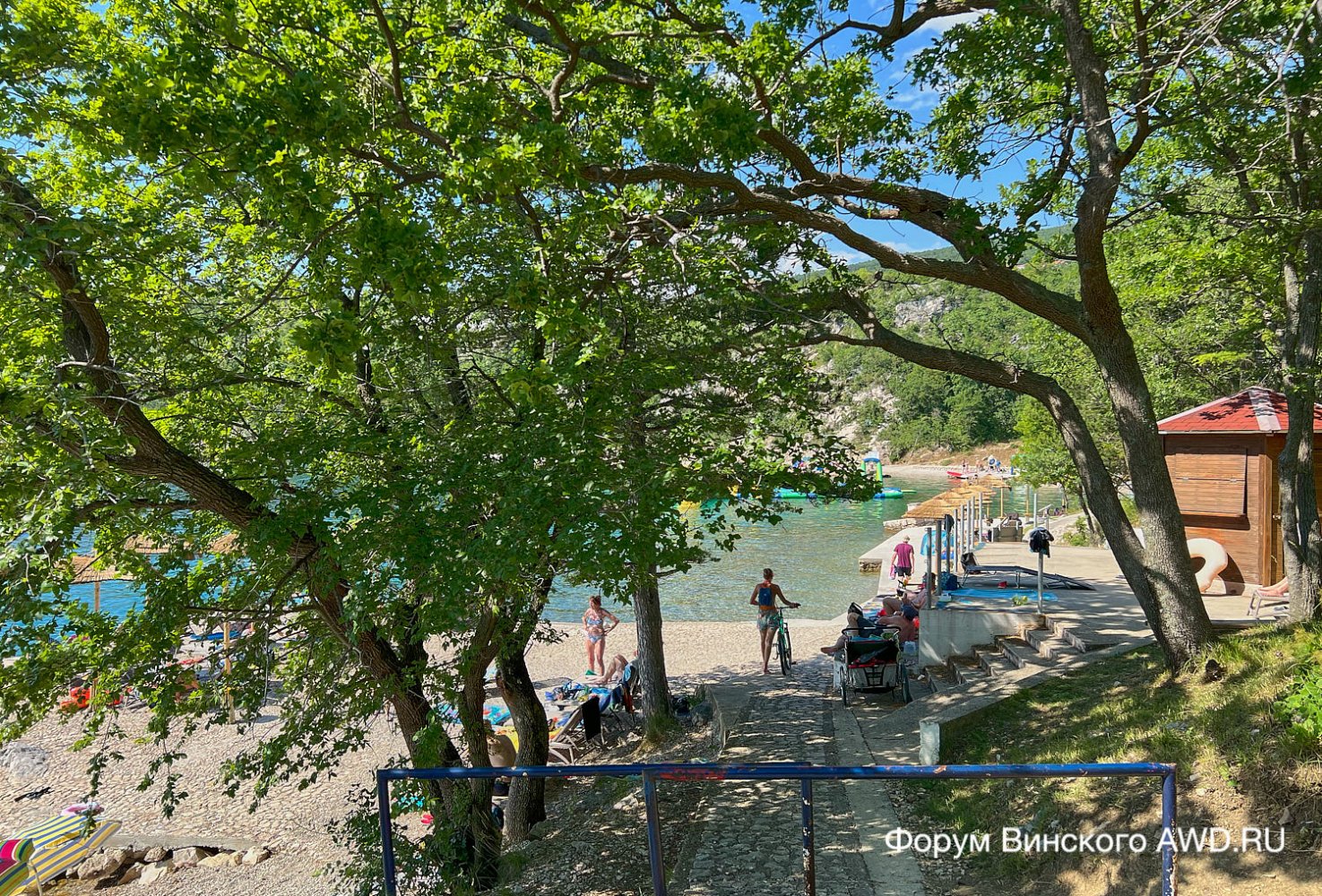 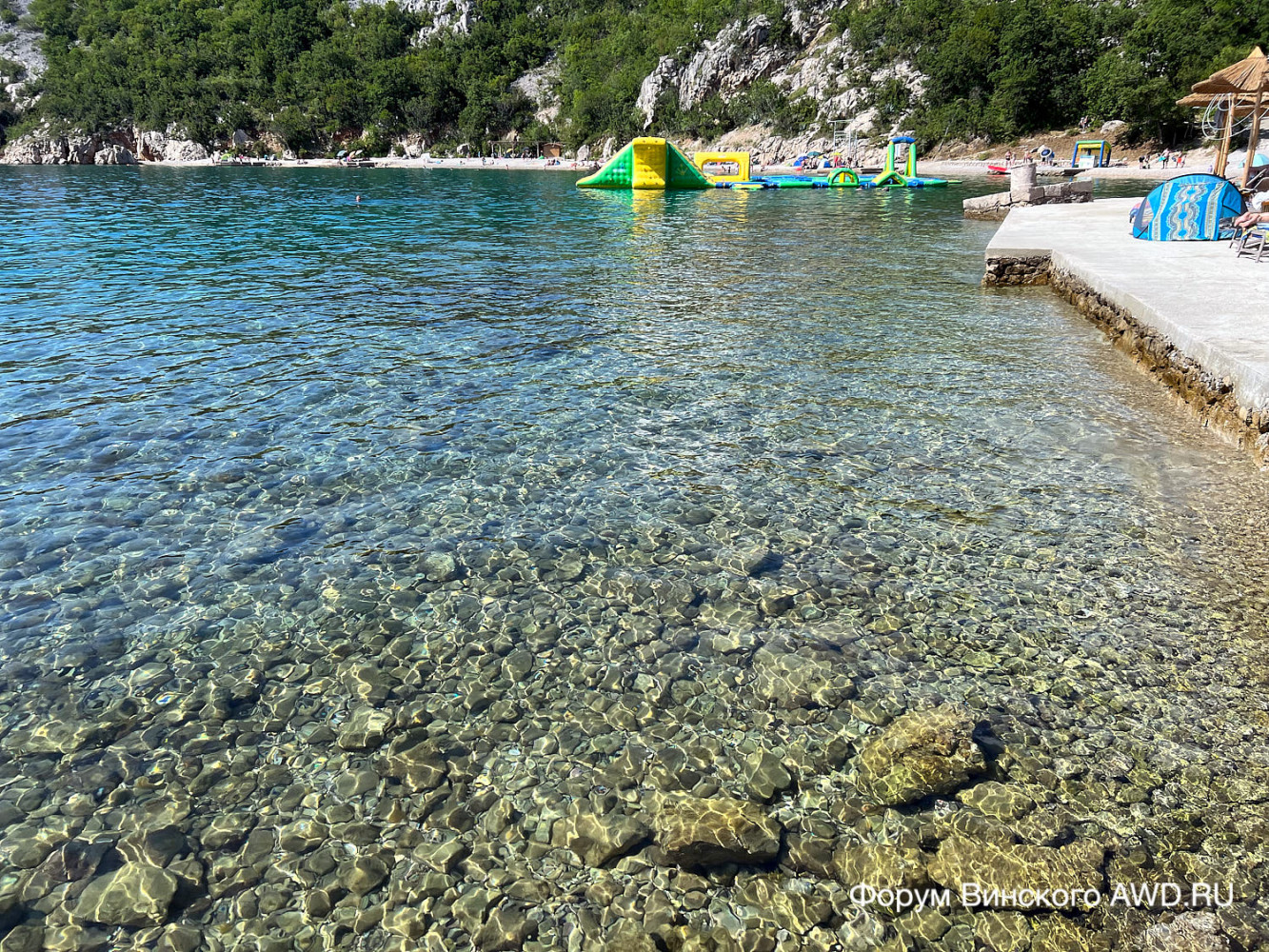 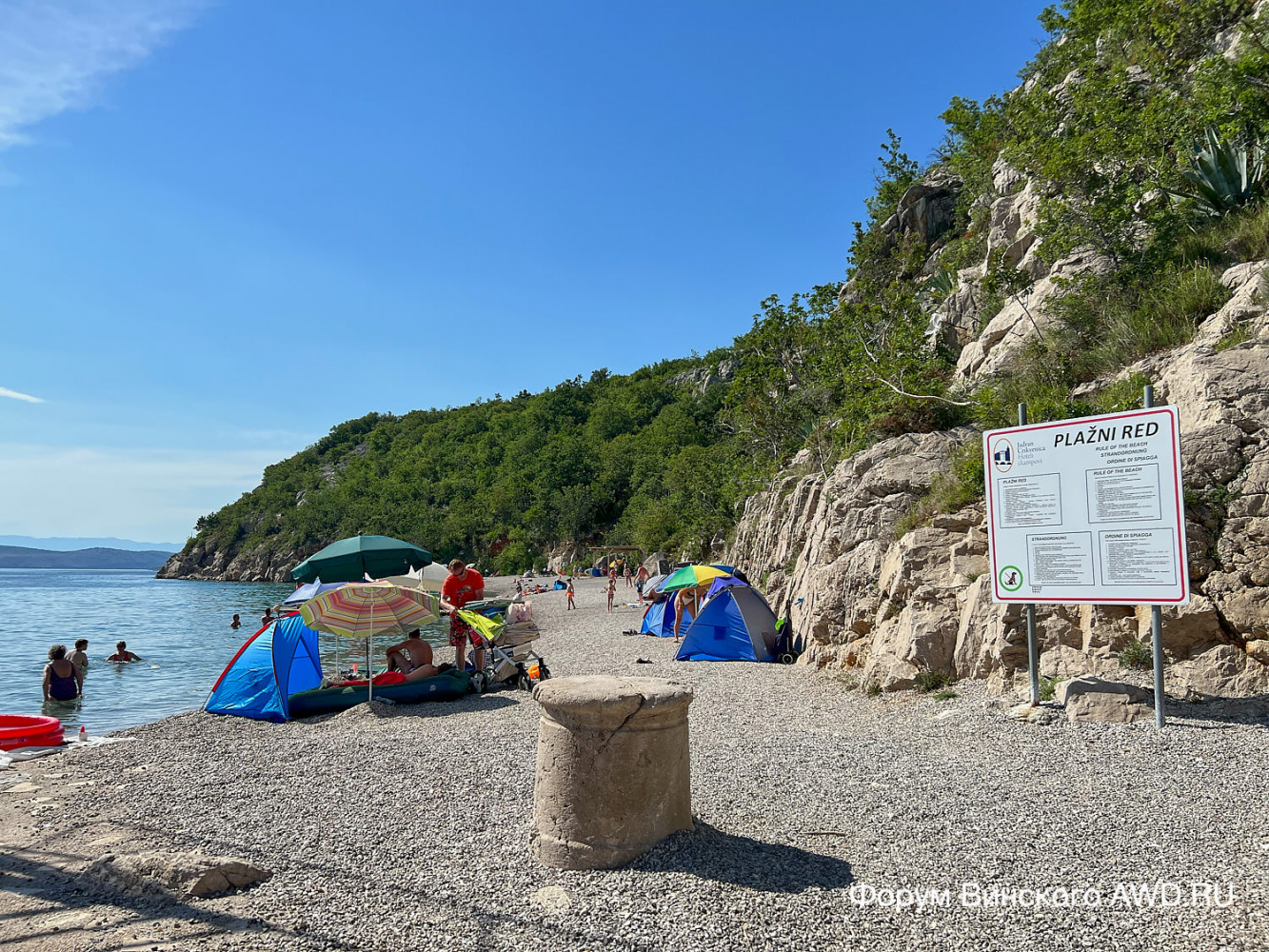 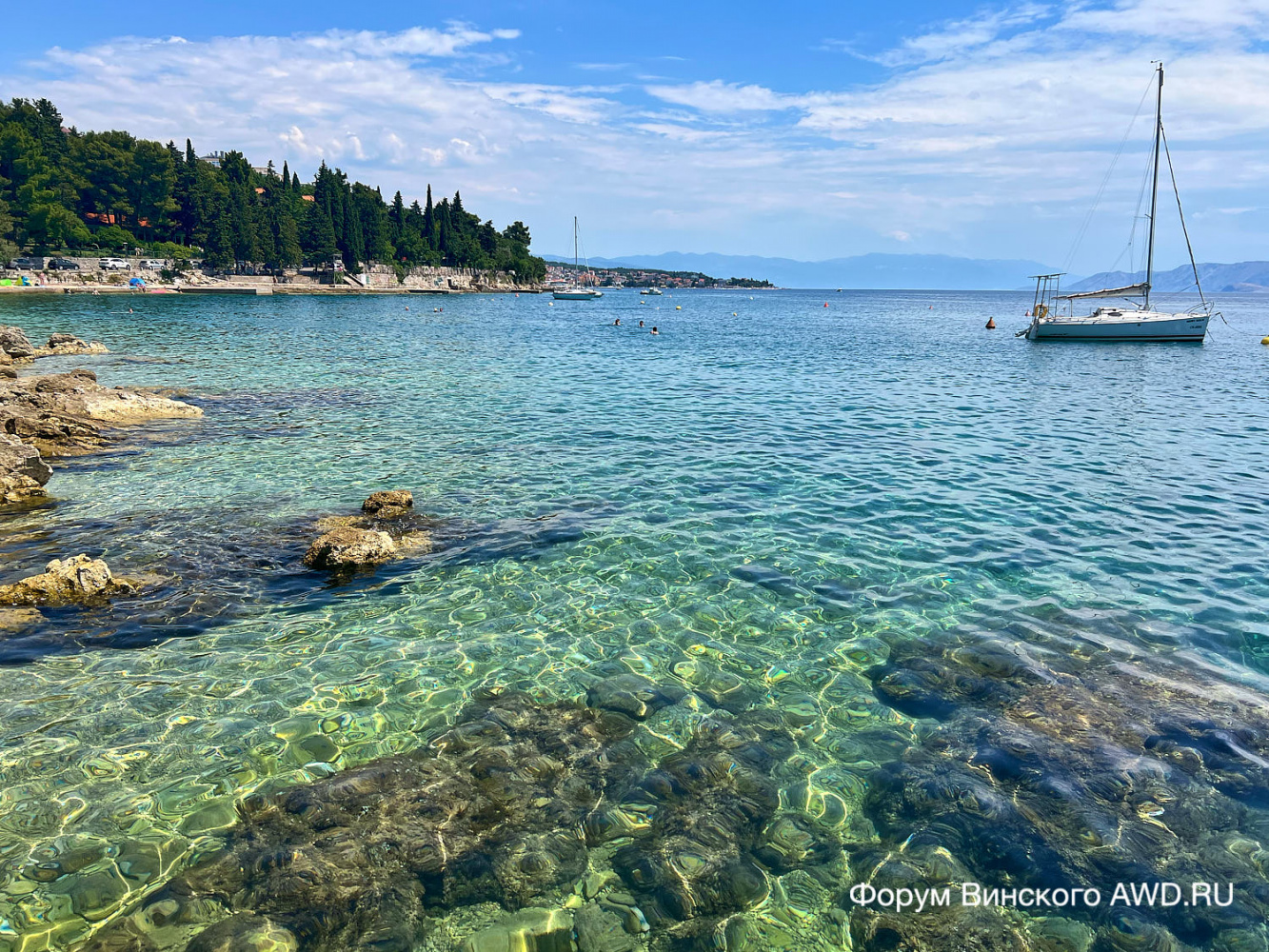 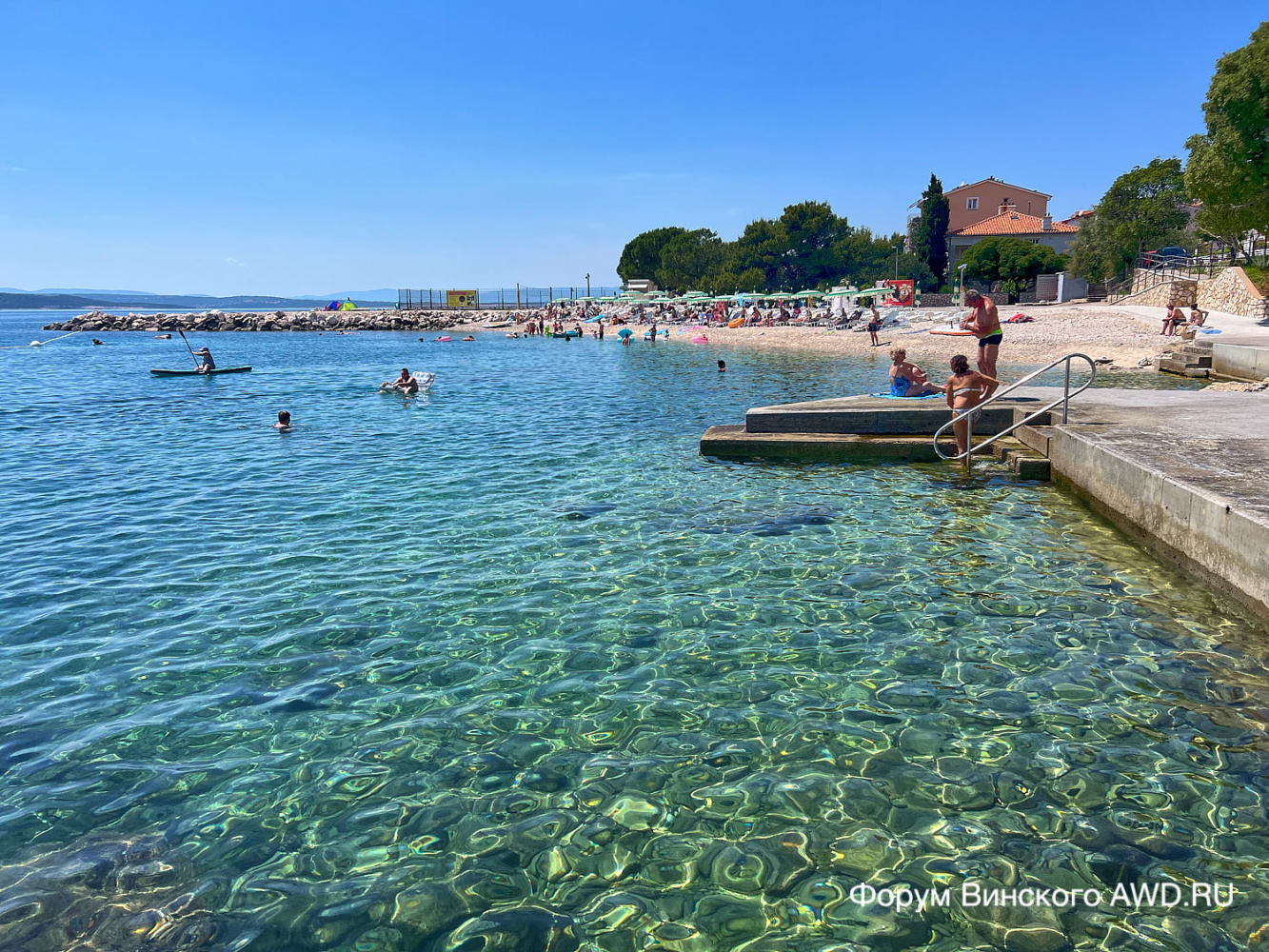 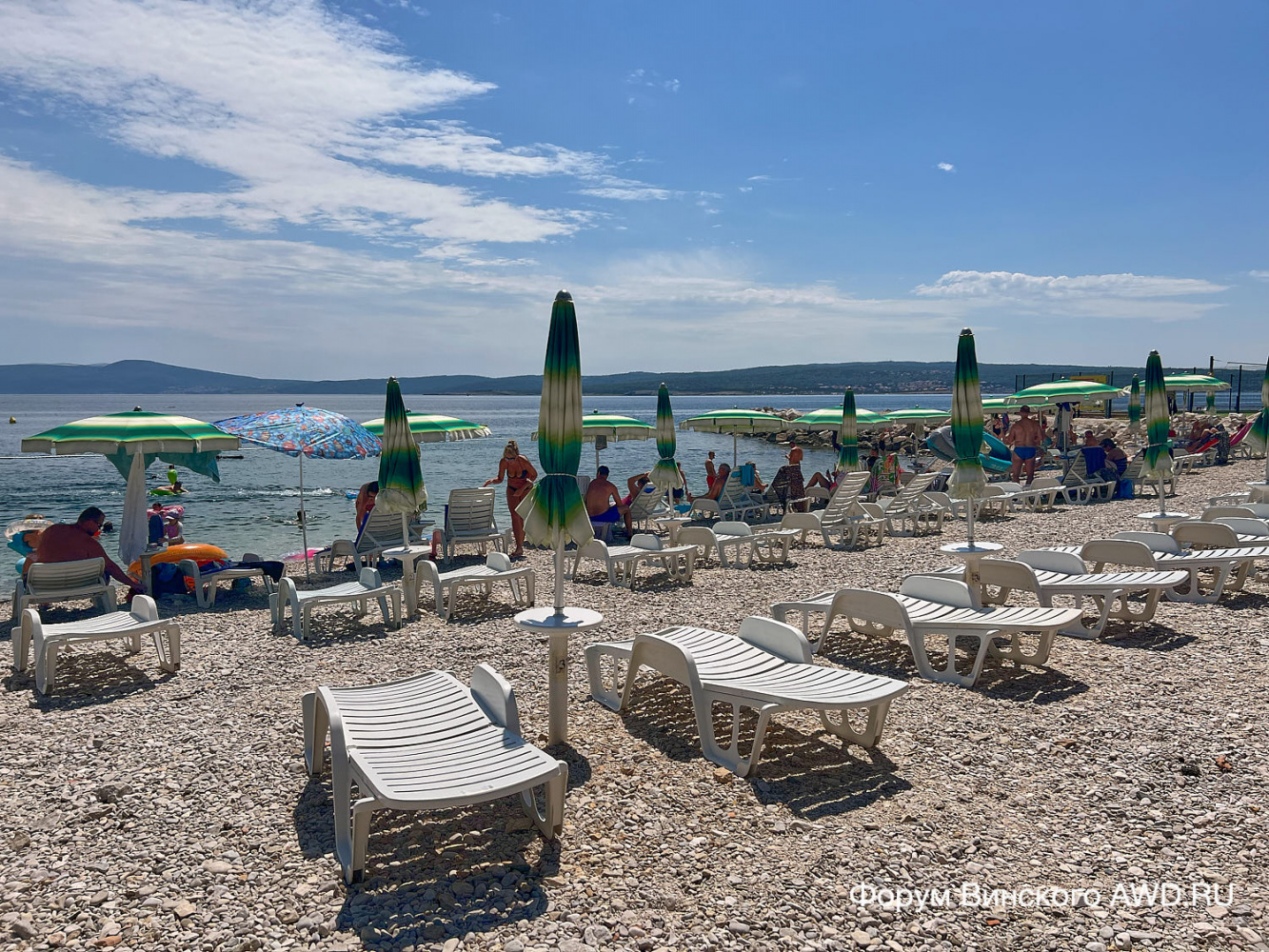 Crikvenica was personally interesting to me because of the beach, where you can absolutely officially relax with your dog. There is a bar on the beach, sells ice cream for dogs. the taste of which my dog did not appreciate. Otherwise yes, a small town with a narrow strip of pebble beach, nothing special.

If I had read this article before I planned a trip to Crikvenica, I would have thought about it. But now it’s too late to change plans and tickets. Although the hope remains that all is not so grim

Croatia 0
Croatia VS Montenegro: where to go on vacation? “Croatia or Montenegro?” – A dilemma

Croatia 0
Croatia 2022: How did you get visas and is it worth going on vacation

Croatia 0
Croatia: what you need to know before your trip Tourists go to Croatia for