A documentary film by Vladimir Pozner and Ivan Urgant dedicated to a trip to France.

In the final of the “Tour de France” the film crew will return to the place where it started – Paris. Their last day in Paris, the presenters began with a small cafe, where every morning the inhabitants of the neighborhood gather for a cup of coffee. Such gatherings are typical for Paris. The visitors of the cafe and Elizabeth Barun, a Frenchwoman who speaks Russian, willingly told the hosts about it. Looking at this charming woman, Posner discusses …

What attracted the Loire River French nobility – do not know, but on its banks are lined with the most beautiful castles of France. Each castle has its own history, and perhaps the most romantic in Chenonceau, also called “ladies’ castle”. The history of the château is told by its owner Laure Meunier. From Chenonceau to Amboise, the guides decided to take the river. There, staring at the banks of the Loire, Vladimir Posner answered the …

The Tour de France culinary and wine cruise begins at Arcachon Bay, where the oyster farms are located. Vladimir Pozner will tell you what oysters are, why kings liked them so much and how to tell an edible oyster from an inedible one. Arcachon Bay is not far from the wine capital of France, the city of Bordeaux. Stéphane Derenoncourt, a well-known world expert in oenology, speaks to the hosts about the profession of winemaker. Well, and to look at all the …

The next point of the trip is Lourdes, which would have been an inconspicuous little town if the image of the Virgin Mary did not appear here in 1858. Now the number of pilgrims is more than 7 million people a year. They believe it has a special atmosphere that alleviates suffering and helps them to overcome difficulties. Since 1883, Lourdes has had a medical commission whose purpose is to check all cases of healing, …

READ
Journey of dreams to France: Mission is possible

For some reason there is an opinion that France is wine, cheese, fashion, luxury, beautiful women, art, but in no way high tech, powerful industry, advanced technology … This is a serious misconception, which you will get rid of once and for all if you come to Toulouse. The journey through Toulouse begins at the CNES (National Center for Space Exploration). At CNES, we’ll see the Martian surface and learn why it’s needed …

The port city of Toulon, since the seventeenth century, has been known as the largest penal colony in France. Together with Posner we will look into its archives and learn a lot of interesting things about the medieval law. Next, we will go to the naval base. As we embarked on this shoot, Posner recalled how a story was made about the U.S. Navy in Norfolk. There filming crew was not received in the best way, so everyone was wondering how to take in …

This series will deal with art and craft. In France, craft has always been considered an art and a craftsman an artist, as evidenced by the similarity of the words “artiste” and “artisan” – artist and craftsman. France is a country of crafts, a country of artisans, a country of arts. To make sure of this, the presenters went to the city of Biot, which is best known for its bubbly artistic glass. Its production here began …

This series of “Tour de France” will be about cinema, and will begin in Cannes during the famous film festival there. Few people remember that the Cannes Film Festival owes its birth to the fight against Nazism. In 1938, at the largest film festival in Venice at the time, under joint pressure from the governments of Mussolini and Hitler, the jury awarded the grand prize to Leni Riffestal’s film “Olympia”. …

This series will talk about Occitania, a region that occupies almost the entire south of France. It has another name – Provence. We will start our acquaintance with it from the ancient fortress of Queiraz, and then we will go to the town of Ding-les-Bains. The name of the city is translated as Din-na-ban, it has been famous since the first century AD for its hot springs, but Vladimir Pozner and Ivan Urgant …

This series is dedicated to Lyon, a city that was founded in 43 B.C., once the capital of Gaul. To discover this beautiful city our hosts went separately: Vladimir visited “Association Stalingrad” – the famous Lyon antique market, and Ivan took advantage of the service “Greeters in Lyon”, the essence of which is that any city resident can spend … 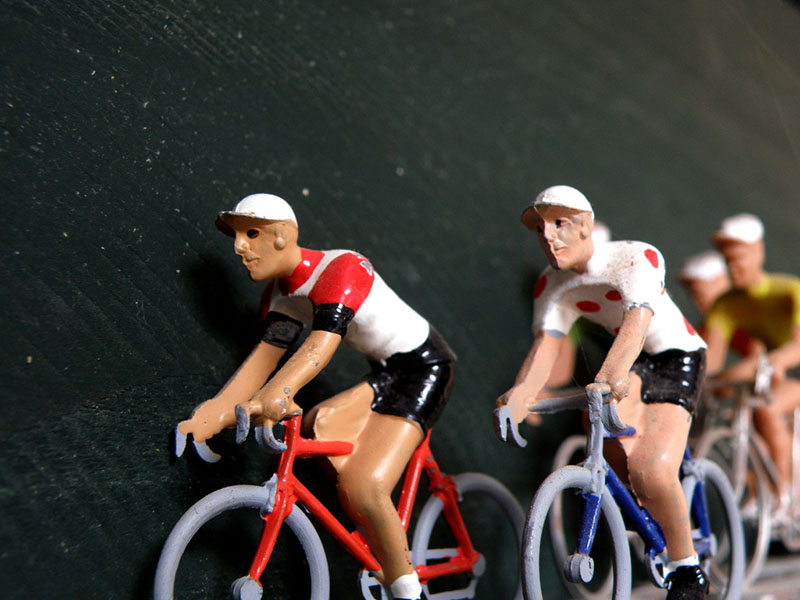 A dream trip to France: on the Montgeron to Paris stage (Tour de France route) with visits to the legendary places of the cycling race.

The trip program was written for a contest of 30 000 roubles for a dream trip organized by MAKE-TRIP.RU. The challenge was to come up with an original idea and route for the trip, as well as to keep within 30 000 rubles for the flights. The best texts of the participants will be published in a separate rubric.

The sponsor of the contest is the Skyscanner cheap flights search service. It allows you to compare prices of all airlines and buy tickets at the lowest price. Get acquainted with its effective smart search tools:

READ
Dream trip to Norway: feel like a modern Viking!

What is Paris? The Eiffel Tower, romance, love, fashion, classics – the list goes on endlessly. For the cycling fan, it is of course the legendary Tour de France! There are few cyclists in the world who would not dream of winning the Tour, a ride on a stage of bicycle tour with more than a century of history. Repeating the entire route is physically and financially difficult (about 3500 km). That’s why I’ve chosen the most iconic stage from the mecca of cycling Mongeron – Paris with the finish on the Champs-Élysées. And, of course, I will travel only on my road bike in full cycling equipment.

The Tour de France was founded by the editor-in-chief of L’Auto and former cyclist Henri Degrange. The start was given on July 1, 1903 from the Café Reveille-Matin in Montgeron, a suburb of Paris.

To get into the spirit of Parisian cycling, I will start my route from the building where the editorial office of the newspaper L’Auto was located at 10 Rue du Faubourg Montmartre. The editorial office is no longer there, but it is enough for me just to be there, to see the place with my own eyes.

Then I drive to the place where the Zimmer restaurant (8 Boulevard Montmartre) was located, where Degrange announced the concept of the bike race.

When the origins of the multi-day race are passed, I move forward to the start of the first ever race. The starting point is the restaurant Reveille-Matin in Montgeron. The restaurant is still open, so we can’t pass up the opportunity to eat. I’m one of those people who get an inexplicable, even mysterious feeling when visiting historic places. It’s not the beauty or the cultural value that draws me to such places, it’s the opportunity to touch history. Walk on the paving stones of Napoleon Bonaparte, sit at the table where the first participants of the Tour de France drank beer, sit in the oldest cemetery, etc. The sensations arise even with a simple descent into a few cultural layers, and such places are preserved in many cities. So just to be near an iconic place is already a pleasure for me.

The route of the stage Mongeron – Paris is not yet known, as the riders will ride it only at the end of July. The only thing known is that it will pass through the iconic Paris sports venues, the Maison des Invalides and the Grand Palais. The finish line will be traditionally on the Champs-Elysées.

From Montgeron, I head to the Parc des Princes stadium, which hosted the final stage of the Tour from 1904 to 1967 and the VIII Olympic Games in 1924.

Then I drove to the stadium of the Vélodrome de Vincennes, which hosted the finish of the races from 1968 to 1974 and the Olympic Games in 1900.

I pass by the Maison des Invalides, the Grand Palais and the famous Champs-Elysées, which has hosted the finish line from 1975 to the present. I pass the Champs-Elysées from the beginning – from Place de la Concorde to the Arc de Triomphe, then I go around it and return past the Place de la Concorde to the Louvre. To repeat the route of the final lap of the Tour, I pass through the tunnel under the Louvre.

That’s it, I’ve finished the Tour de France! Going to a symbolic finish on the Champs-Elysées with a visit to the Charles de Gaulle monument, where the awards ceremony for the Tour is taking place.

Googl mps is estimating the distance by bike to be about 100 km, but the real stage of Mongeron-Paris is about 105 km long. The exact route we will know on July 23. So, the whole route will be about 200 km, it is on the power of any amateur cyclist. And the feeling will allow to feel the tension of the last stage and a pleasant tiredness in the muscles on the Champs-Élysées!