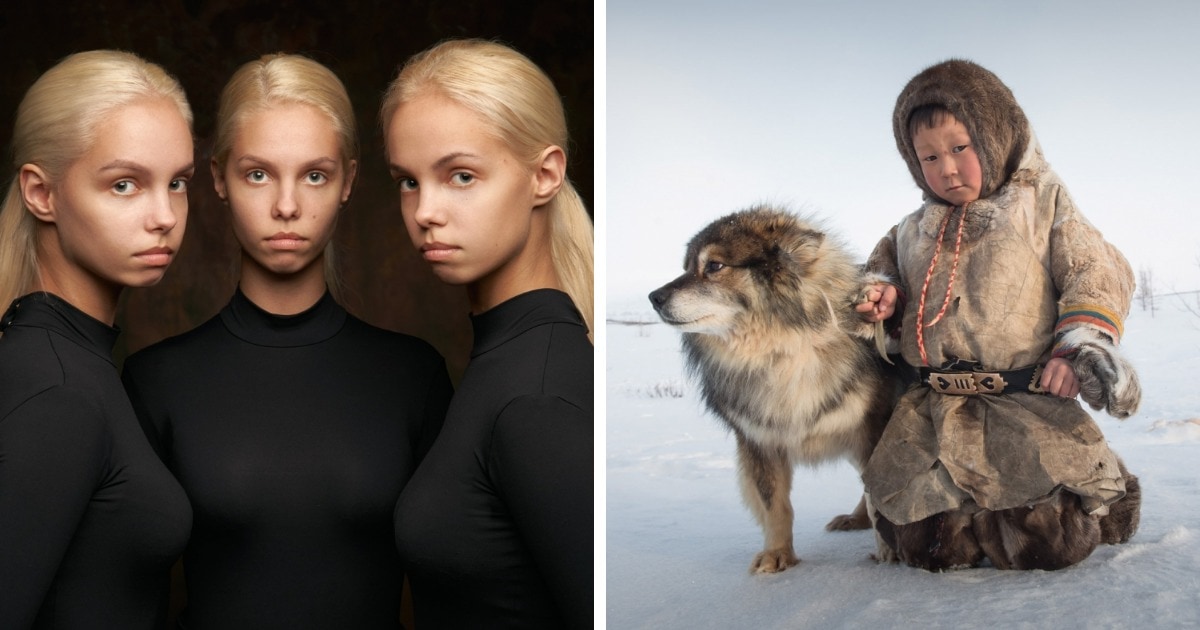 The art of photography can serve as a reflection of human life and the reality around it. That is why there are countless different photo festivals and competitions around the world. One of them is the Siena International Photo Awards. This project began its way 6 years ago thanks to the enthusiasm of photographers of Siena, which was supported by the local authorities of the city.

Year after year, the success of the photo festival has been supported by the participation of internationally renowned photographers, thereby placing the Siena International Photo Awards among the largest photographic competitions in the world. And today we have gathered for you 16 unique works of famous photographers, which were awarded and recognized by the jury of the festival. 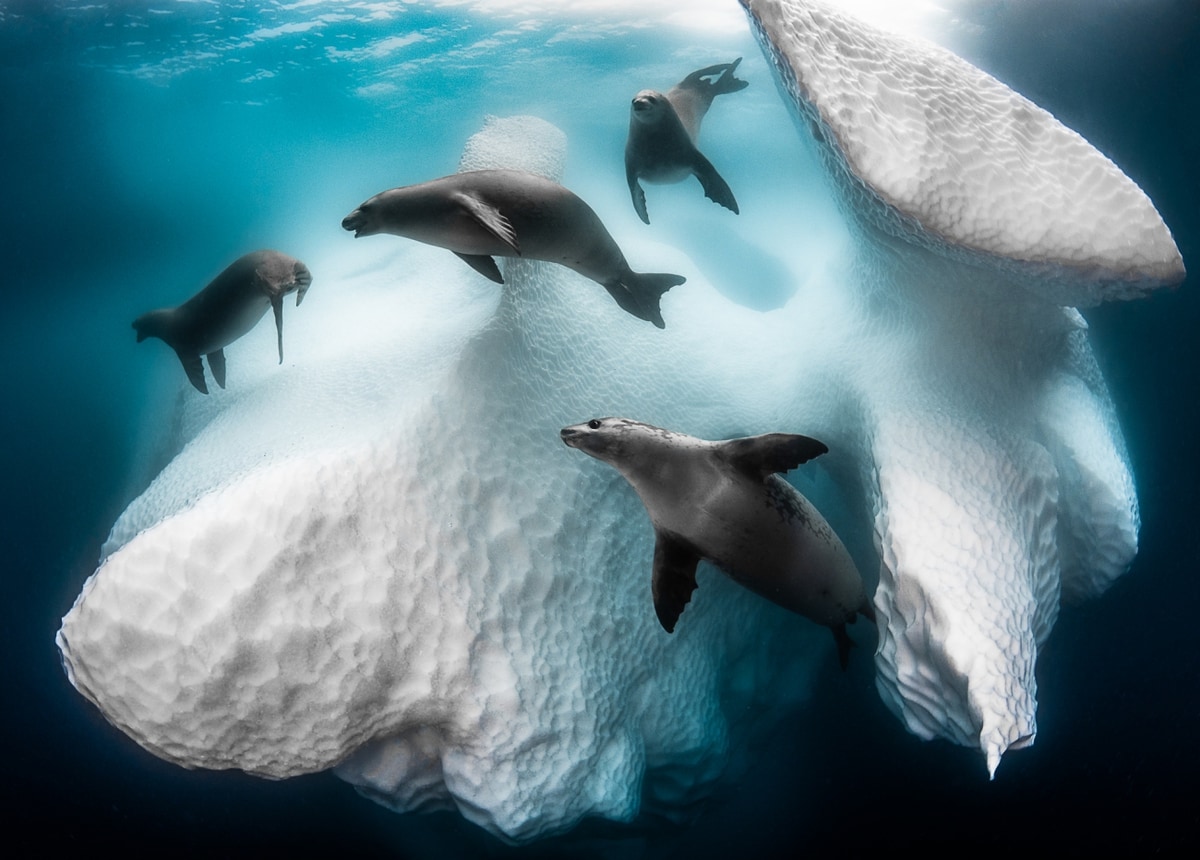 Icebergs are massive and mysterious habitats, they are dynamic kingdoms that support marine life.

Jury members recognized French photographer Greg Lecoeur’s shot as the best photo of 2020 among tens of thousands of submissions from various photographers from 156 countries. 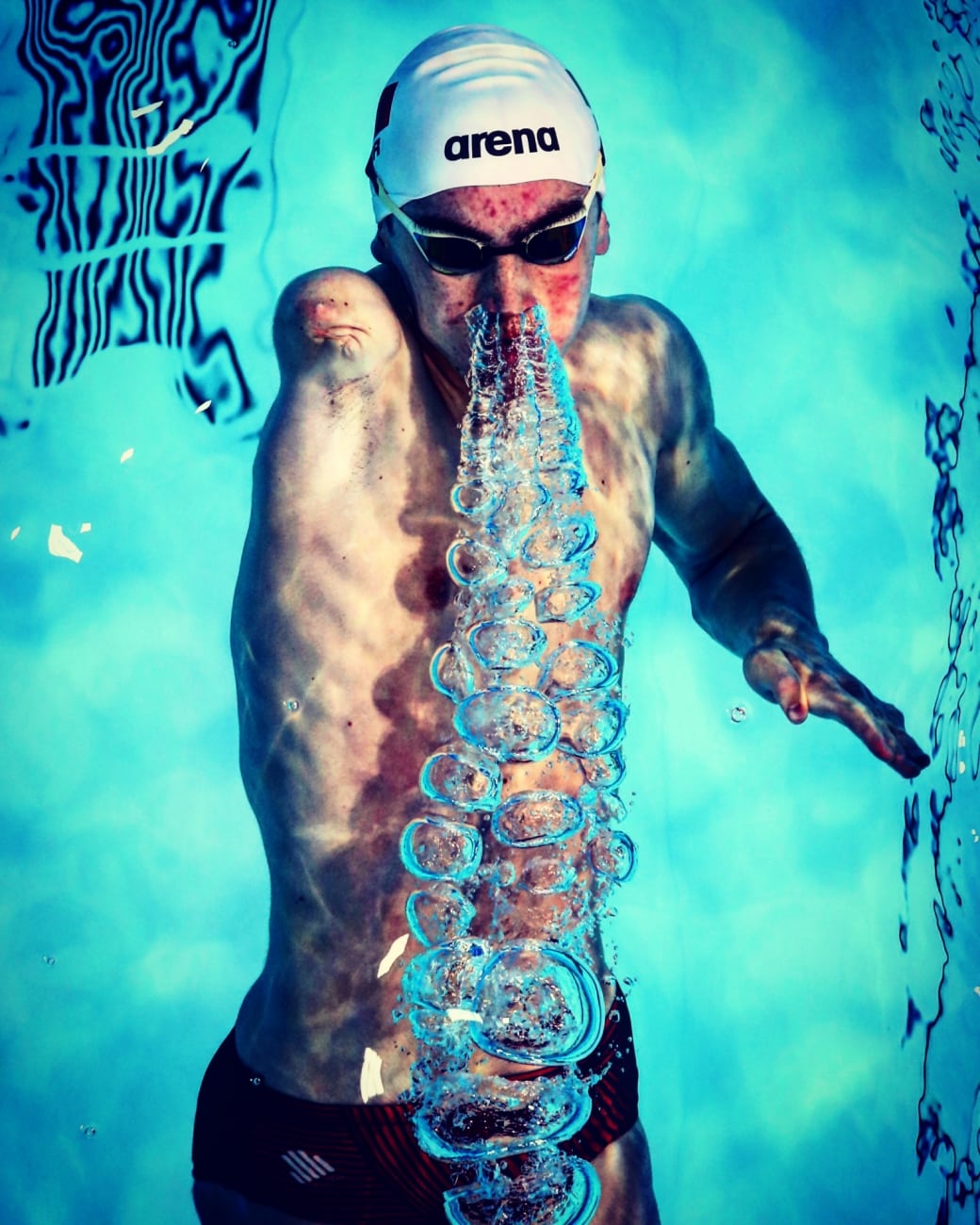 “Ice in the Desert” – 2nd place, category: Sports in Action 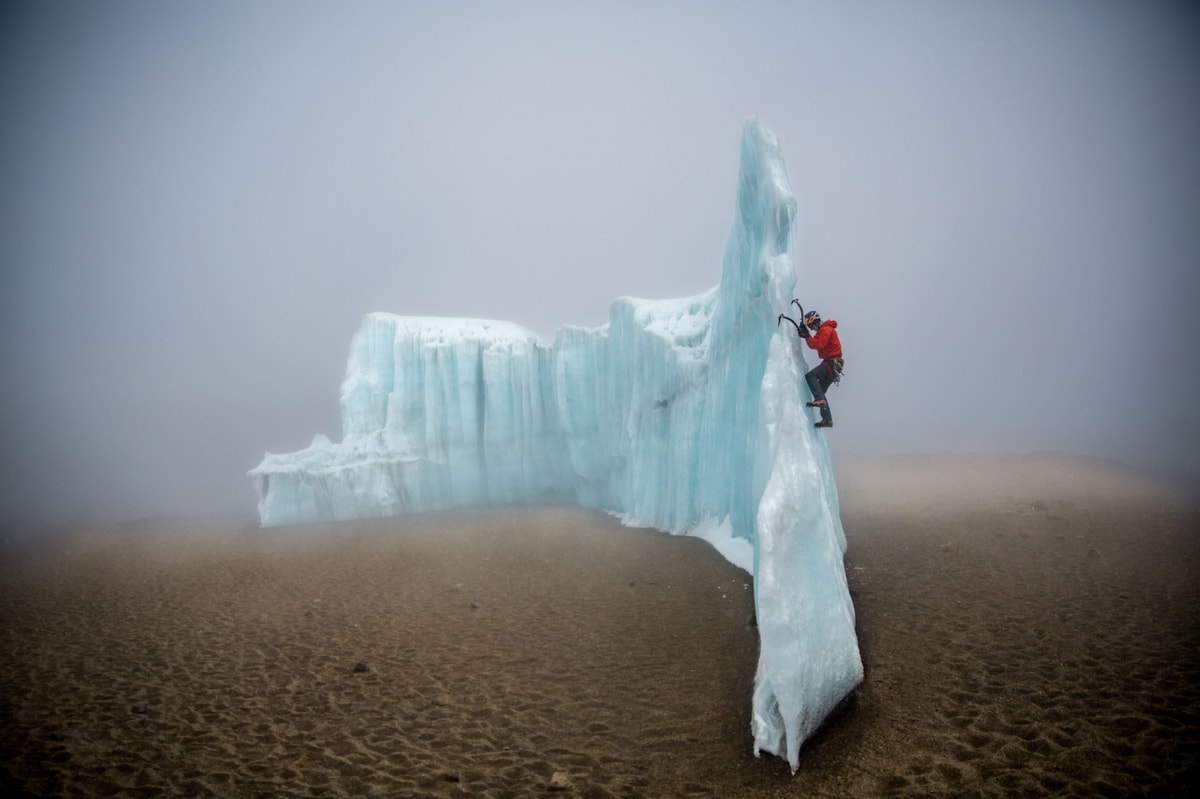 Professional ice climber Will Gadd climbs the remaining glacial ice of Mount Kilimanjaro’s crater. This ice stands alone and looks like an iceberg on sand. 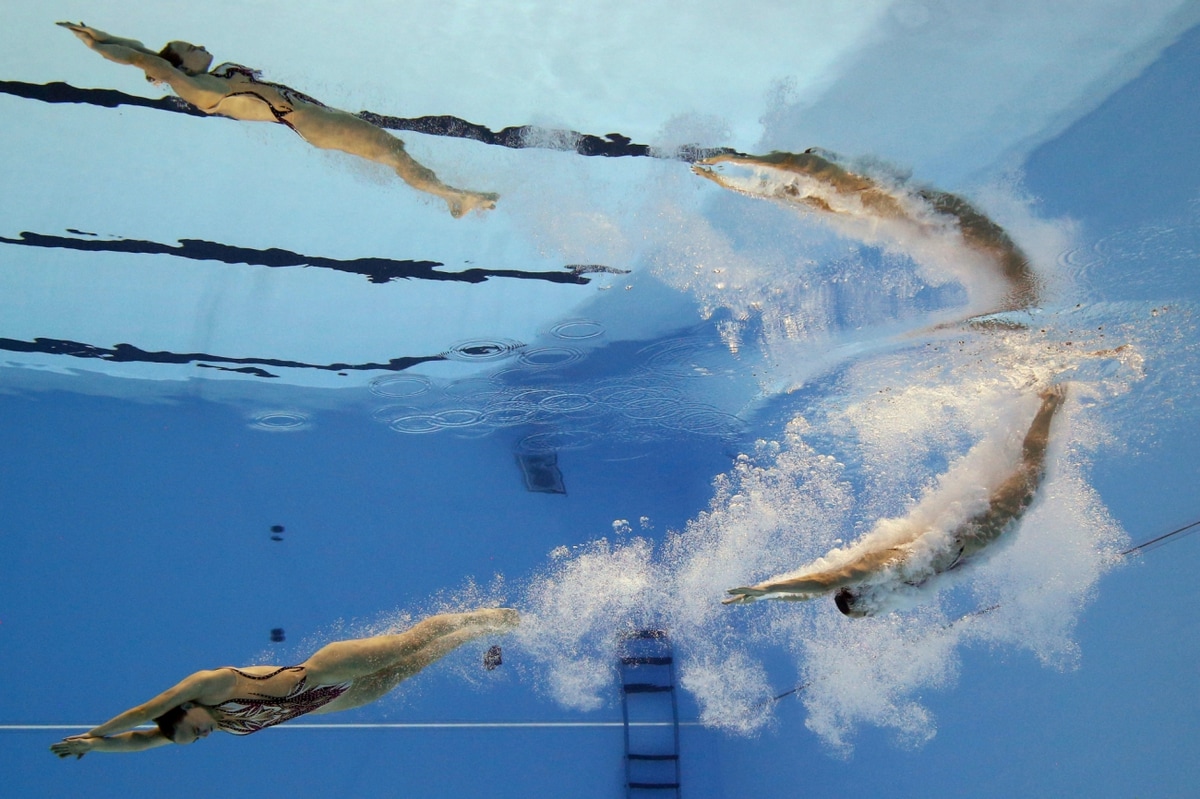 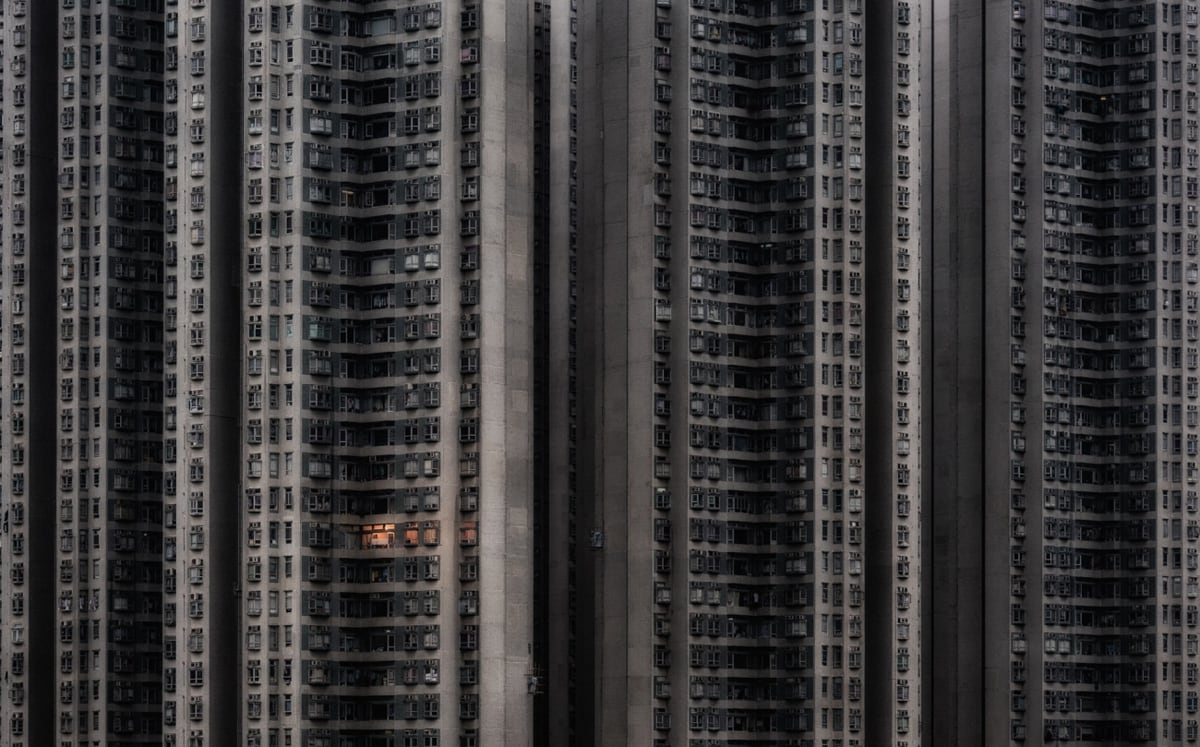 In Hong Kong’s densely populated Qing Yi district, just before sunset, the windows of just one apartment are illuminated. 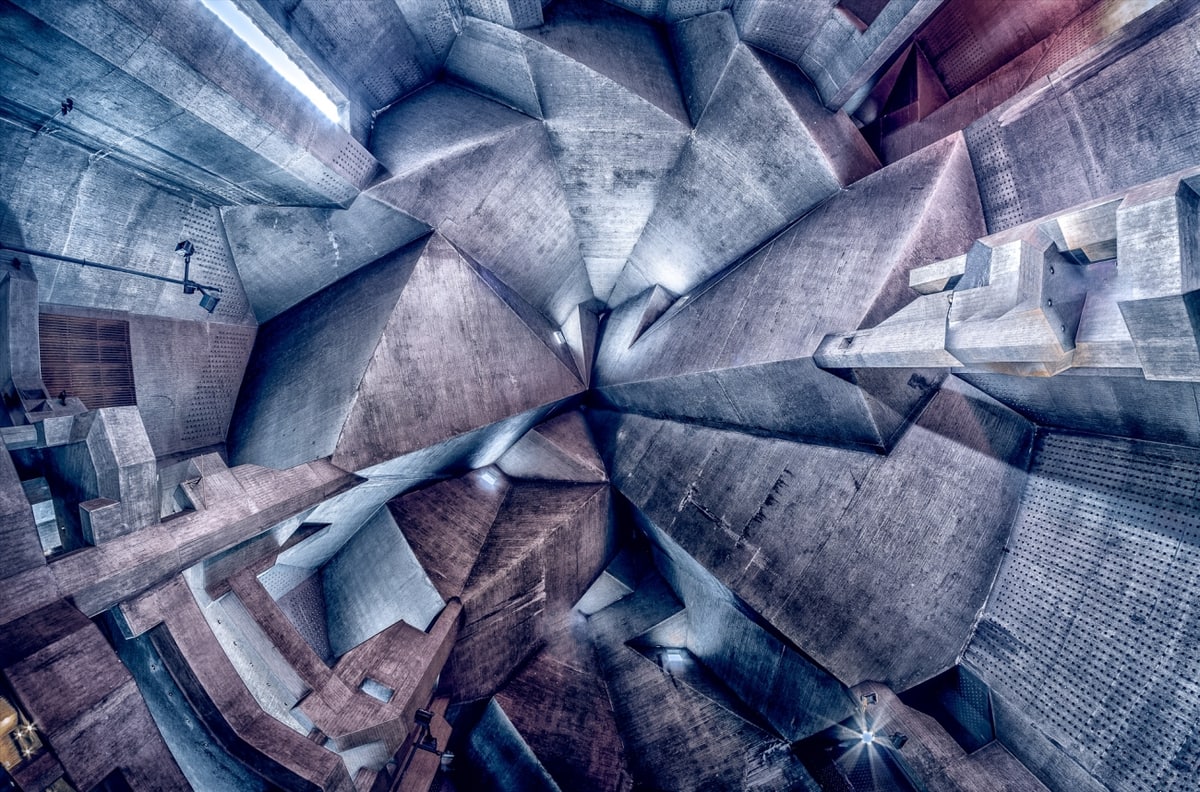 The image shows the special architecture of the Cathedral of Our Lady of Neviges. 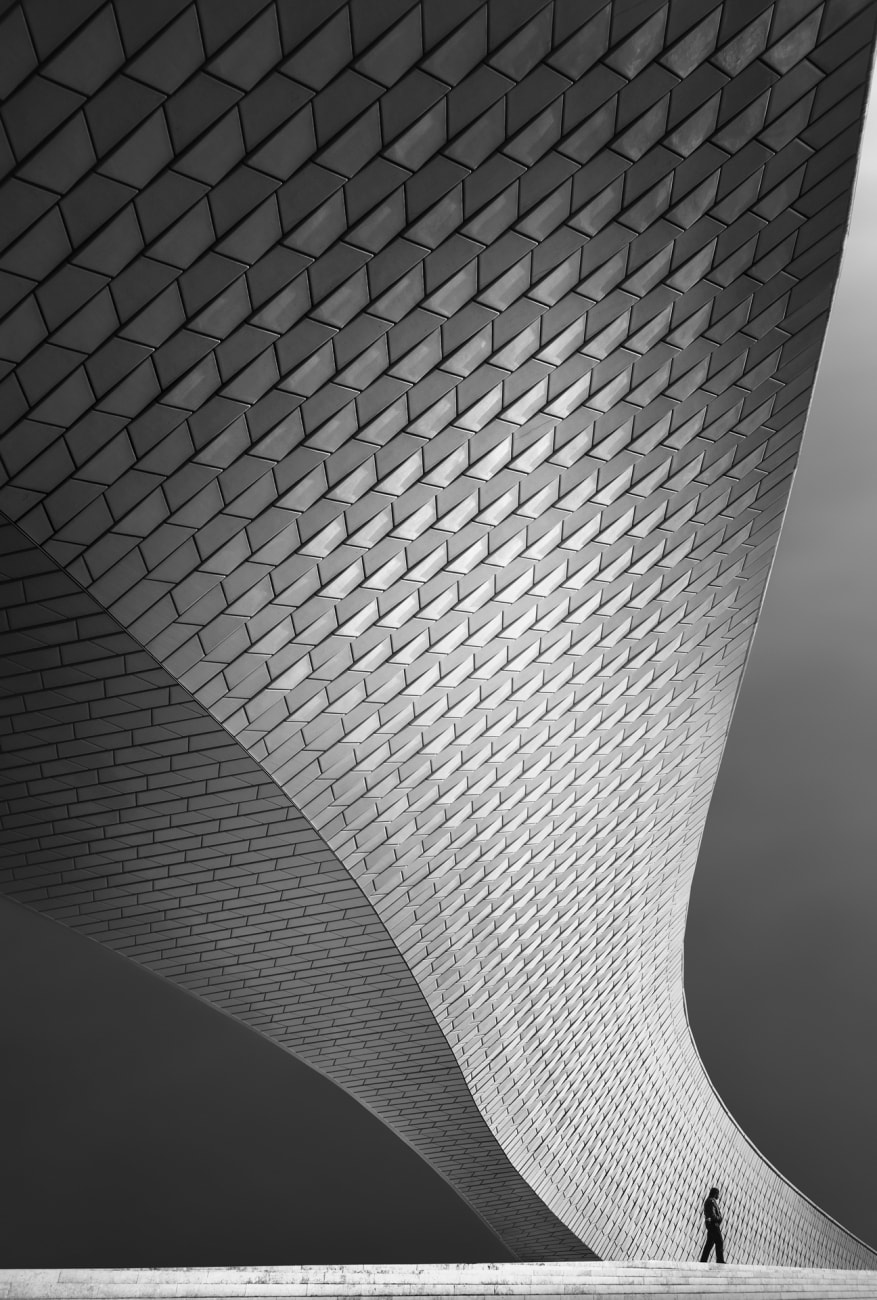 It was still very early and the Maat Museum was still closed. But the guard was already walking slowly through the building. There was a narrow path between the museum and the Tagus River and I had to get my feet wet to take this picture.

More than 10 thousand works took part in the photo competition, among which the jury still managed to choose winners in 11 areas. The results of the contest were announced on October 23.

READ
The results of the contest 30,000 rubles for a dream trip 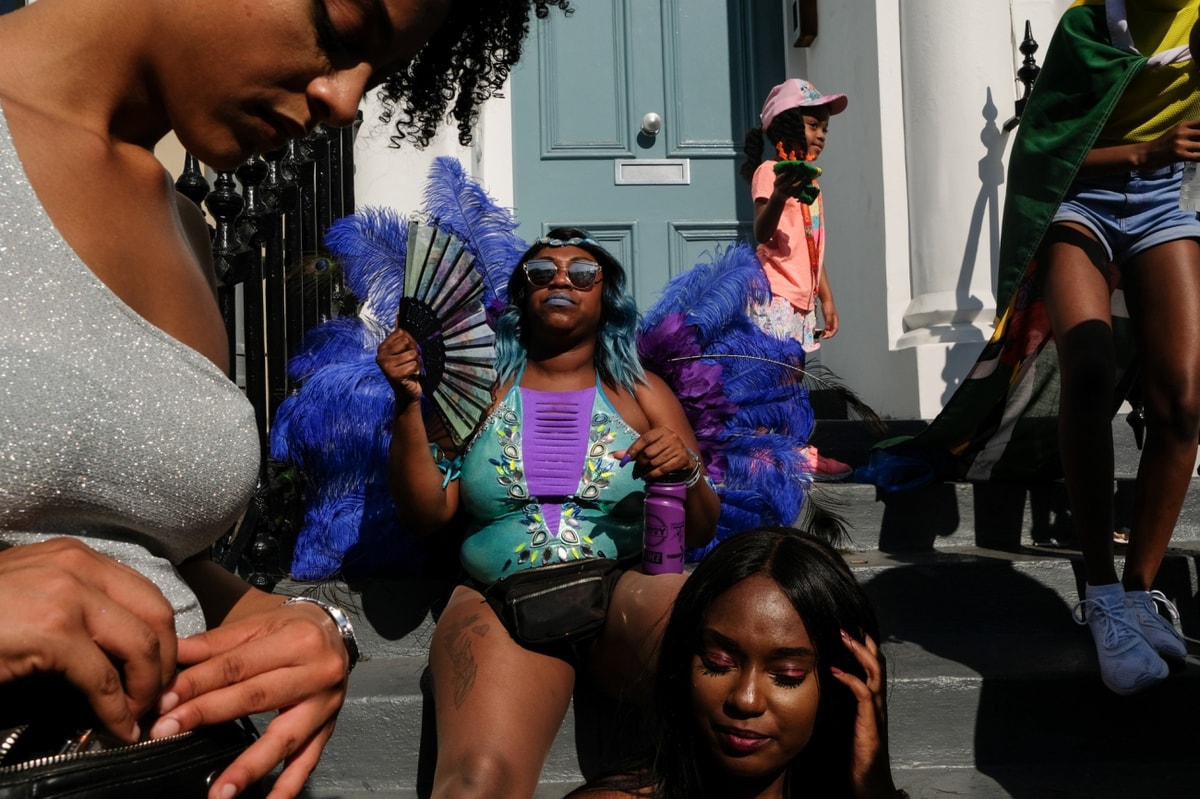 The lively street photo was taken during the annual colorful and merry carnival in Notting Hill, London, UK. 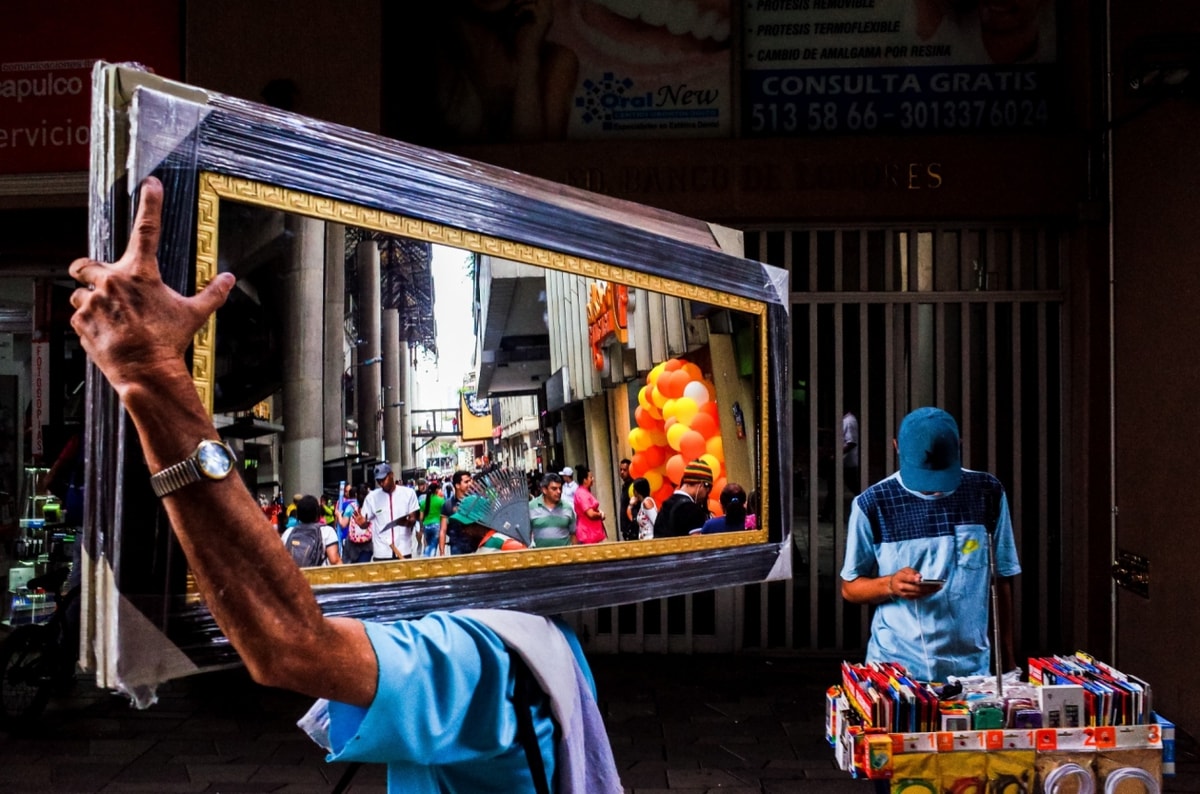 A man in a blue shirt carries a large rectangular shaped mirror on his shoulder that reflects life itself on the streets of Medellin, Colombia. 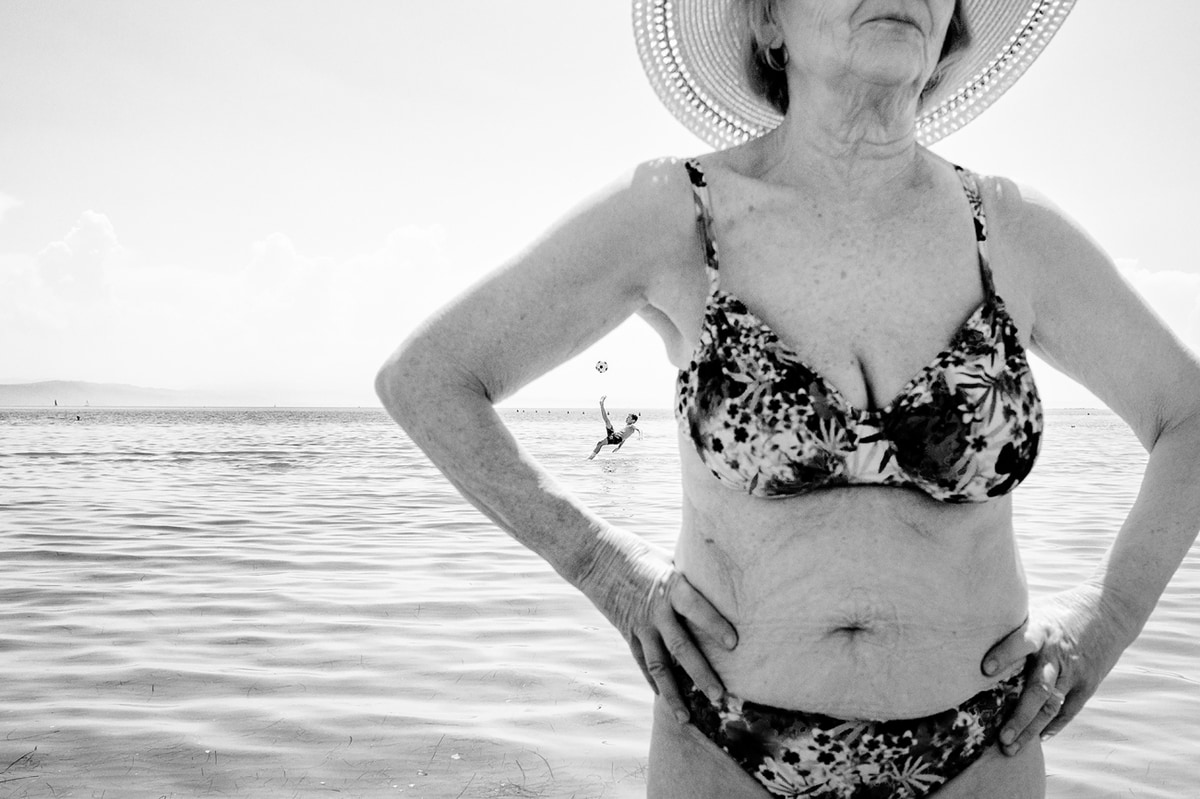 I chose the angle of the shot from below to remain unnoticed and, at the same time, if I am lucky, to catch the boy kicking the ball in the space created by the hand of the woman in the foreground. I believe that this decision also increases the depth of perspective and creates an effect of surprise for the observer. 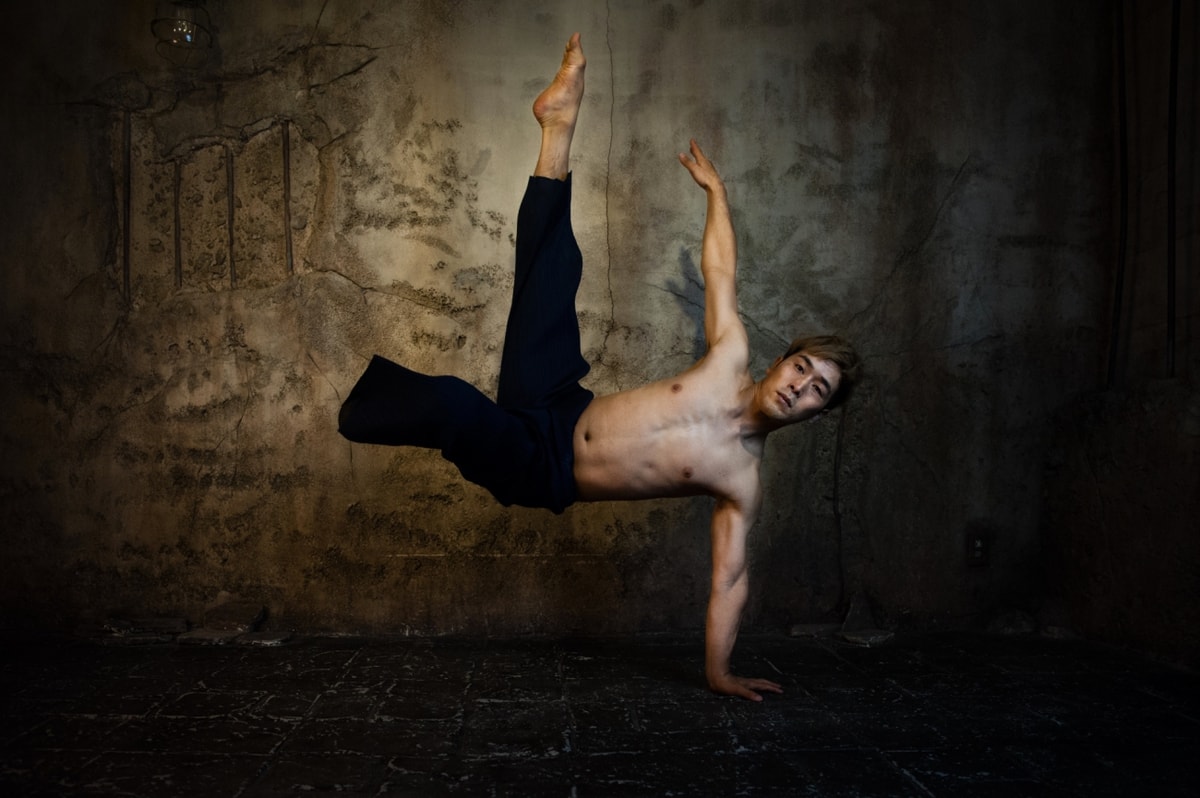 I met amputation dancer Koichi Omae, originally from Osaka. At the age of 23, when he was just starting his career, a car accident took all his dreams away. His left leg was amputated below the knee. With great willpower, he decided to pursue his career as a dancer, realizing that without the limb he would have had to expend much more energy not only to perform the dance element, but also just to walk normally. 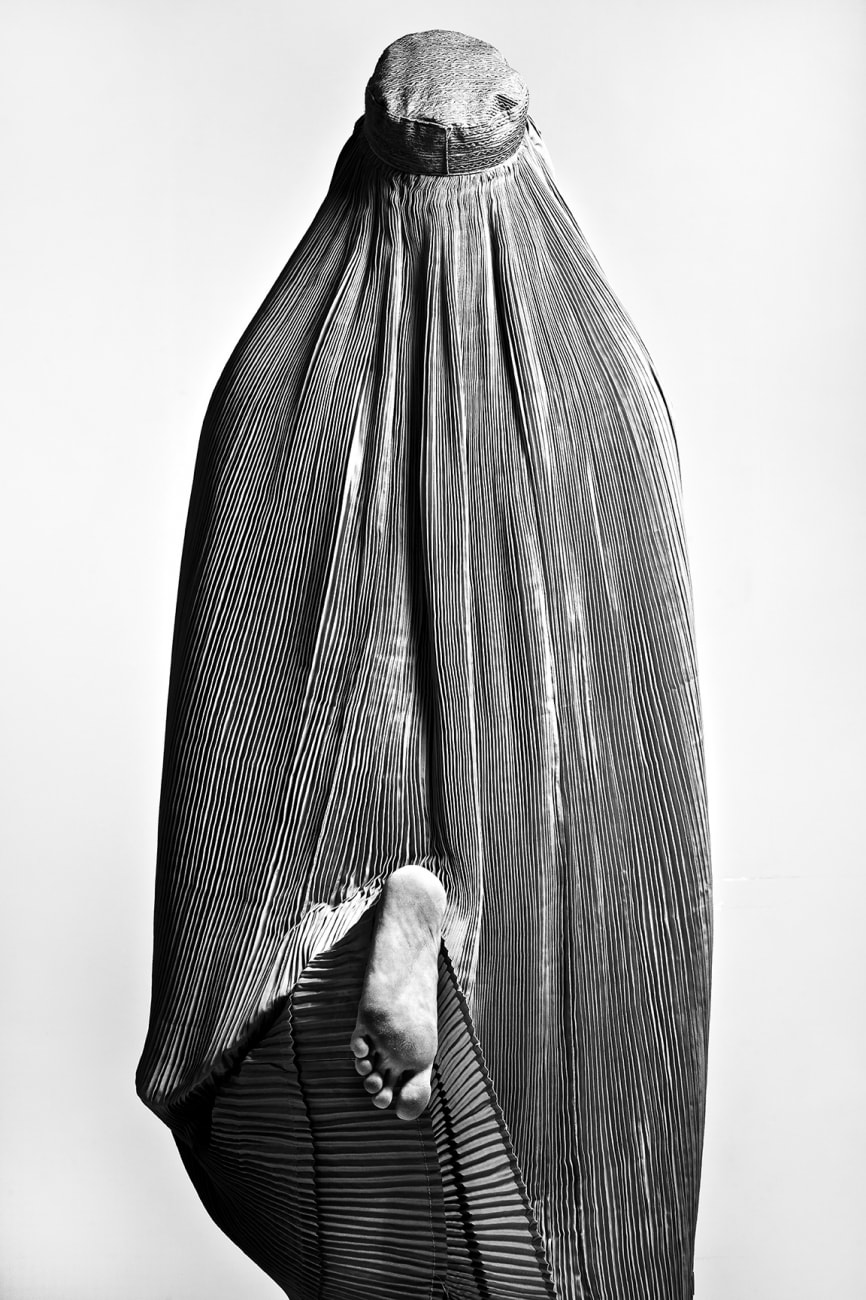 I took this photo in my home studio in Iran when I was working on a film project about Afghan immigrants living in Iran. It was the first time I had personally witnessed someone wearing a burqa. What immediately struck me when I saw this woman was that I couldn’t see any part of her body other than her feet as she walked. I called this photo “Taboo,” and it has a spirit of rebellion about it. 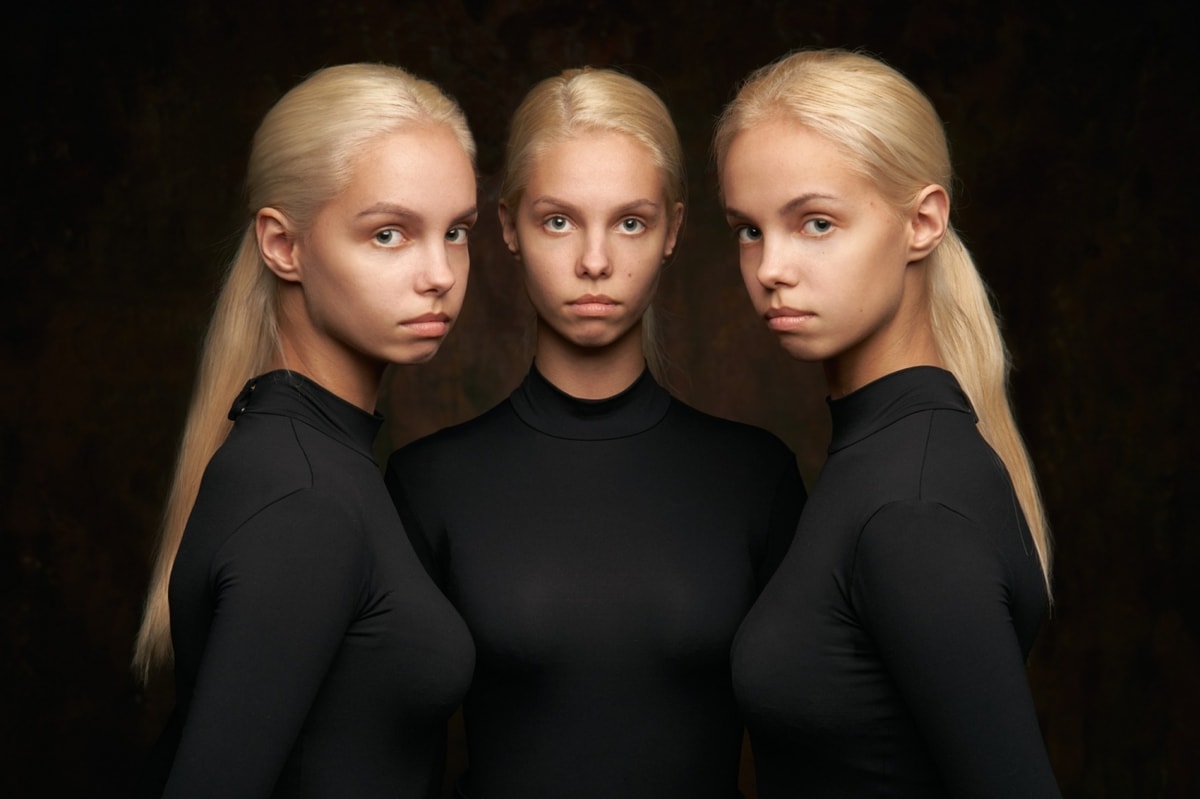 Natalia, Irina and Tatiana are three twin sisters from the Russian northern city of Krasnoyarsk. I found out about their existence from social media a couple of years ago and I really wanted to photograph them. This year I managed to do it. Three sisters, three friends, three soul mates. Their love for each other inspires respect. 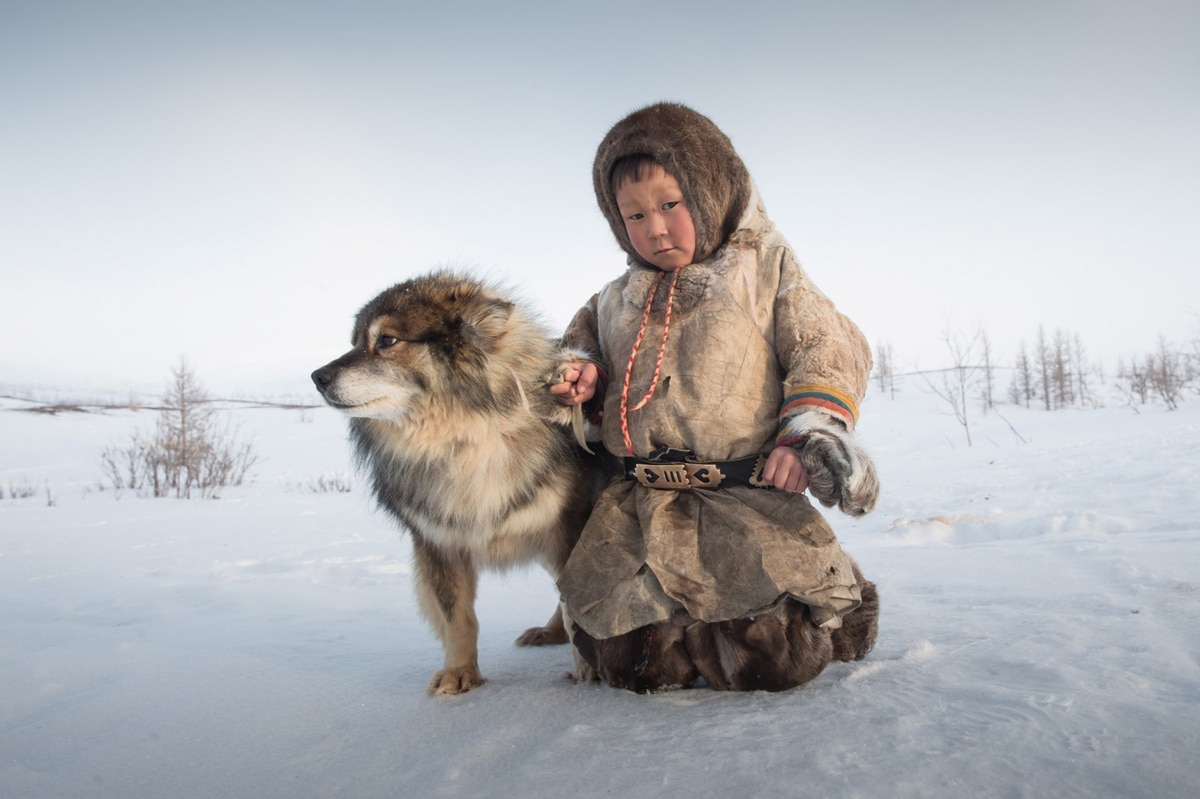 Reindeer breeding is probably one of the rarest professions. In our region of Yamal about 14 thousand people live together with reindeer herds. These people are mostly Nenets by nationality and they are representatives of the indigenous population. They are very hardworking and hospitable. 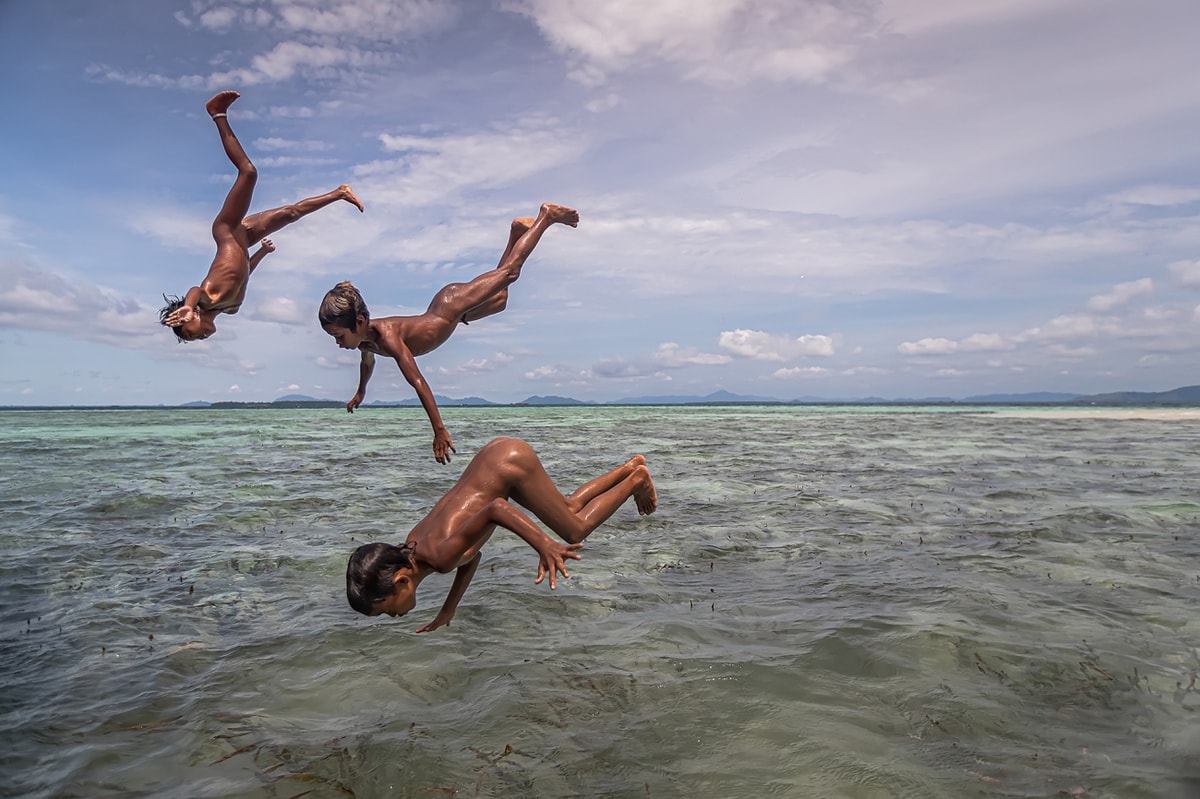 Children jumping from the roof of our ship into the sea of Malaysia. The winner is the one who makes more somersaults during the jump. 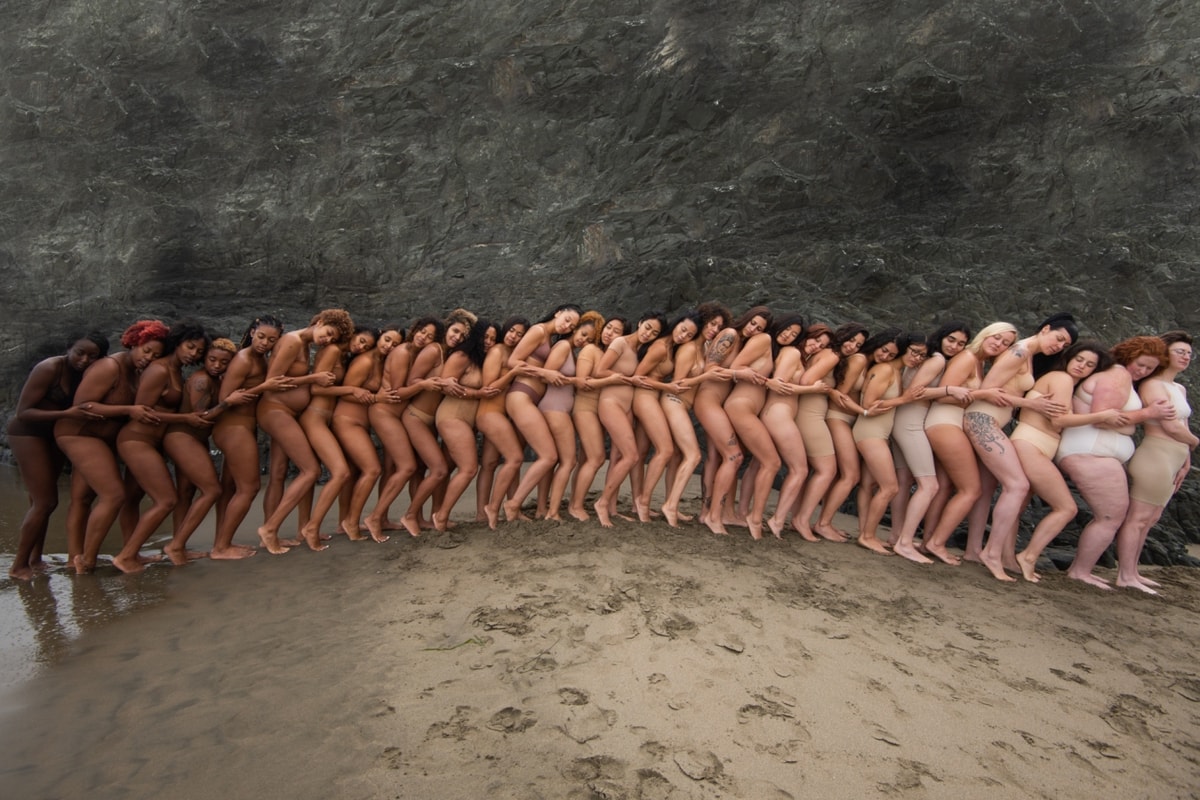 This photo features more than 30 women of all shapes, sizes and nationalities. Called out of makeup and posing in outfits stylized to match their skin tone, they try to fight unhealthy beauty standards and speak to what deep down each of us believes to be true: strength in unity. Beauty is in diversity. The strength that comes from empowering others. The truth we so desperately need in today’s world.

You can see more of the winners’ work on the official contest website. 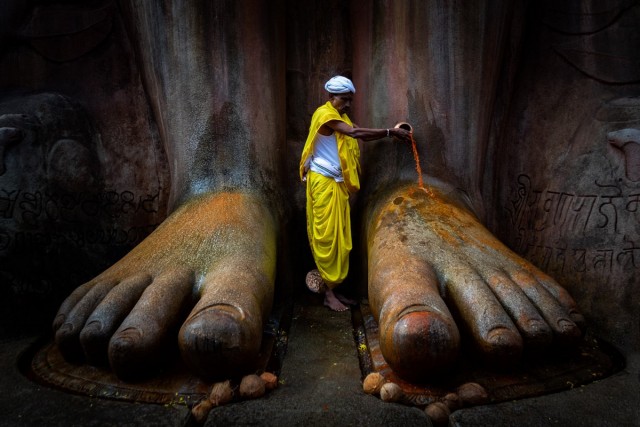 The competition, aimed at attracting the best photographs of historical places and cultural sites from around the world, was successfully held for the third year in a row. Participants provided the judges’ attention with pictures of monuments of national and world significance – from the most famous and visited by tourists to those almost forgotten. 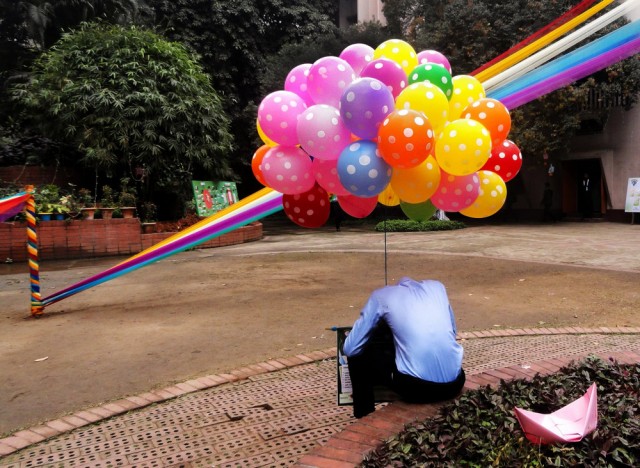 This is only the third time the event has taken place, but it is rapidly expanding geographically. Entries come from all over the world, and this year’s honorees include street photographers from Israel, Poland, Spain, Thailand, India, and Australia. 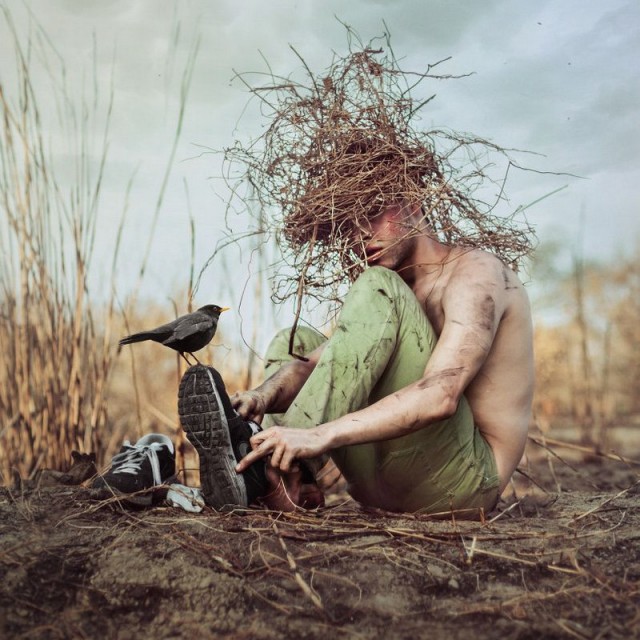 The creative winners of the 2019 LensCulture Art Photography Contest

The 2019 LensCulture Art Photography Awards competition has tallied up. The works of 38 photographers from 17 countries on six continents were declared the best. The participants’ work was marked by fresh perspectives, bringing new directions to photography, along with trends that go back to the traditions of the portrait and landscape genres. 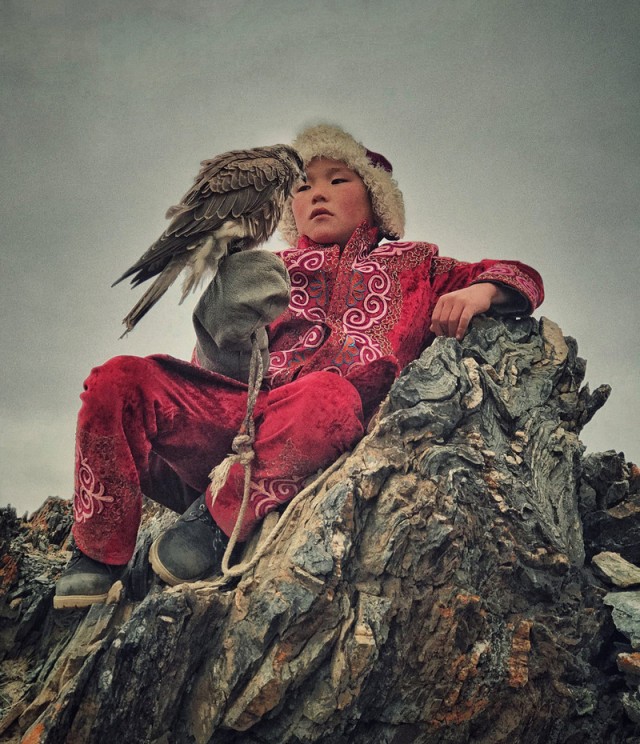 The Oscars of mobile photography: the winners of the 2019 iPhone Photography Awards

The judges of the 12th iPhone Photography Awards reviewed thousands of entries from more than 140 countries and announced the winners. The results reaffirmed that spectacular photos can be taken with just a handheld device. “The entries in 2019 are magnificent,” the judges wrote. – Amazing work bringing the planet together through photography.” 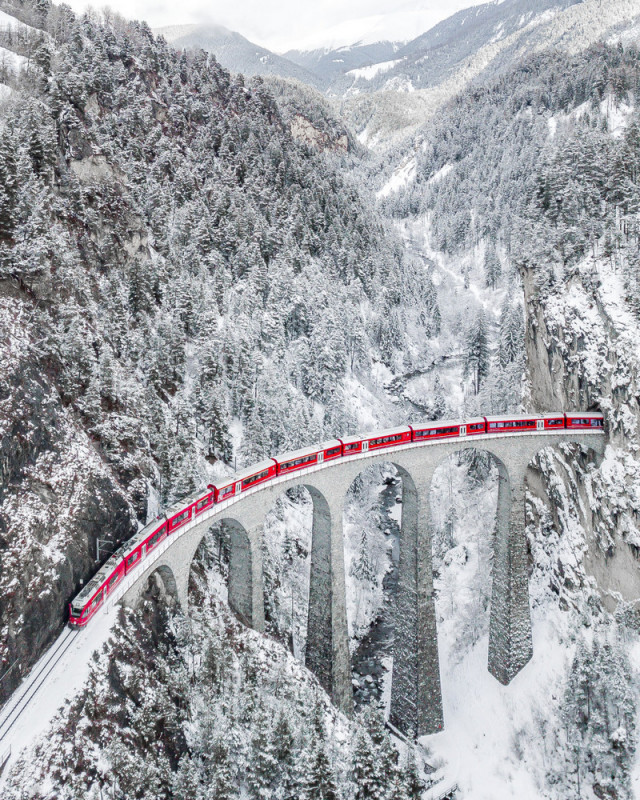 From drone flight: the winners of the 2018 SkyPixel Aerial Photography Contest

Thousands of aerial photos taken with drones are submitted to the judges of the SkyPixel contest each year. From them, the most breathtaking shots are selected and honored with prizes. This year the photo of one of the most famous tourist sites, the Mont Saint-Michel fortress in Normandy, won the main prize. 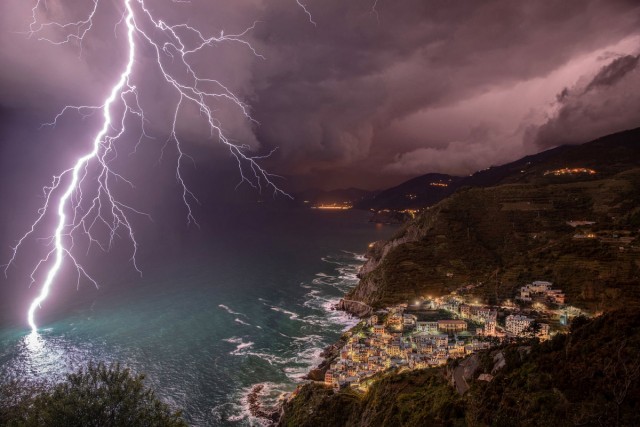 Winners of the Weather Photographer of the Year 2019

The Royal Meteorological Society sought out the best photos from around the world illustrating the weather in its broadest manifestation to name the winners of the Weather Photographer of the Year competition. 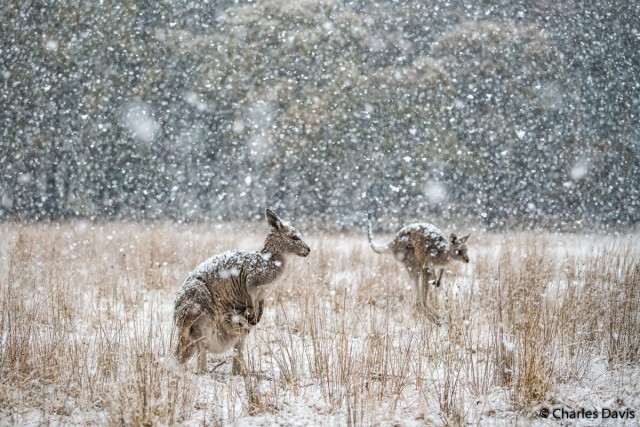 The Australian Geographic Magazine Photo Contest celebrates the nature of Australia, New Zealand, Antarctica and New Guinea. Professional and aspiring amateur photographers showed tremendous patience, artistry and technique to capture amazing moments from the natural world. The winners’ work includes aerial, macro and underwater shots, and the heroes of the shots include a sugar marsupial bat, a Tasmanian wombat and a fox cub. 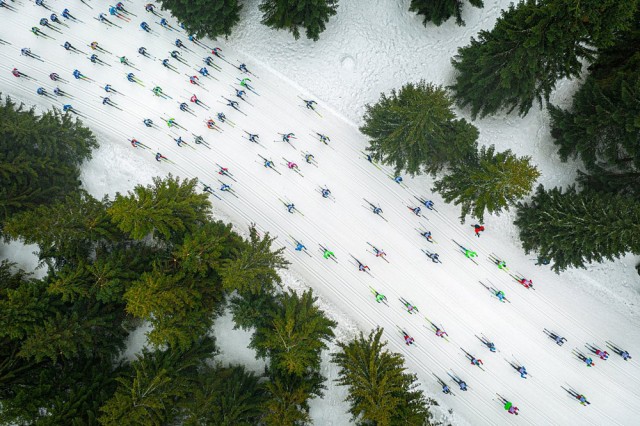 Winners and finalists of the 2019 Drone Awards aerial photography competition

The judges of the prestigious 2019 International Drone Awards reviewed more than 4,500 images submitted by professional and amateur photographers from 107 countries to announce the best aerial photos of the year. Not only images taken with drones, but also from airplanes, helicopters, hot air balloons, airships, kites and parachutes were allowed to participate. 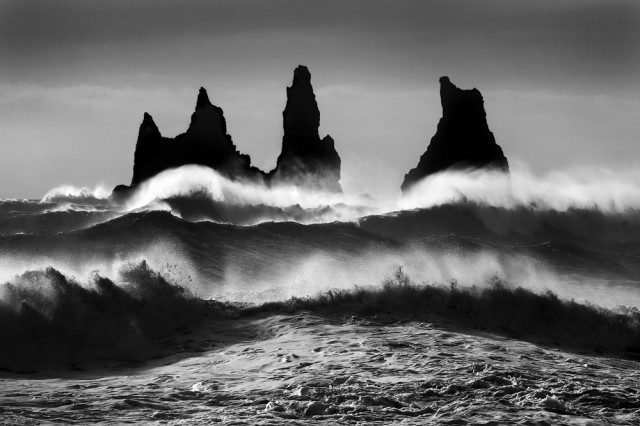 Winners of the 2019 MonoVisions Photography Awards

The MonoVisions Photography Awards, an international black-and-white photography competition, has named the 2019 winners. The best in the “Single Photo” category was the landscape shot “The Element” by Swiss photographer Romain Tornet, who captured the first glimmers of sunshine after a snowstorm in Iceland in February of this year. Marina Kazakova with her work “Poetics of Childhood” won in the “Photo Series” category. 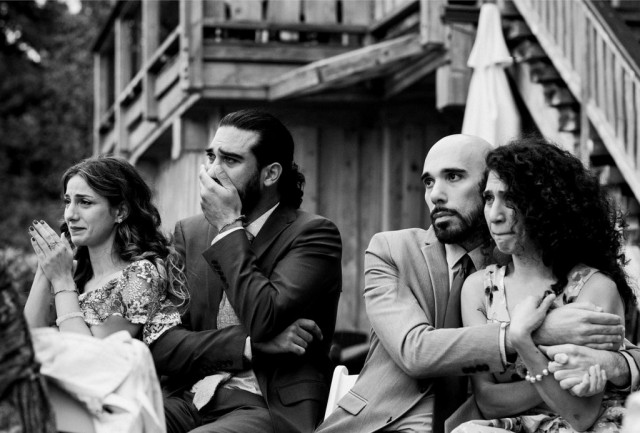 From romantic engagement photos to emotional wedding portraits, experienced wedding photographers use all their skills to capture the exciting moments of one of the most important events in a person’s life.

Contests 0
Contest: 30,000 rubles for a dream trip! Come up with an interesting idea and