How to get into Rome’s museums for free

If you’re planning a trip to Rome and want to save a little money, this article is just for you. We’ll tell you how and when you can get into Rome’s museums for free and share a couple of other useful smart tips about Rome’s sights.

Rome is known for its luxurious architecture, rich history, magnificent villas with large parks, delicious Italian cuisine, a huge number of museums, green parrots, palm trees, piñas – and also for its high prices for everything. So for Russian tourists it is very important to enjoy the sweet life in Italy to the fullest, but not to spend too much. After all, the money saved can be spent on Roman sales or in colorful souvenir shops.

How to get into the Vatican Museums for free

The vast complex of Vatican Museums includes 54 rooms and houses works by such great masters as Leonardo da Vinci, Raphael, Michelangelo, Perugino, Lippi, as well as breathtaking works by Caravaggio. It has its own special atmosphere, because walking through it, you will be in another state – the Vatican.

This makes the museum even more enchanting. The most famous and cherished work that everyone wants to see is the Sistine Chapel. Genius creators Michelangelo and Raphael worked on it. It is strictly forbidden to take pictures of this work, because you can damage the colors with your flashes. The strict staff will remind you every second with exclamations “No photo”.

Of course, at this time the usual for this museum 2-hour line at the entrance turns into a 4-hour one. Therefore, this option of visiting is for the most hardy. For everyone else there is a bargain season ticket with fast entry, which you can buy in advance here.

Or you can buy a Roma Tourist Card to secure admission to the most popular attractions at once.

Once a month, all of Rome’s public museums, as well as basilicas and libraries, open their doors completely free of charge. These places are also open on Museum Night and for ladies on International Women’s Day. You can find a complete list with these cultural sites and their addresses on this website. If this is your first trip to Rome, we recommend visiting the most popular places full of famous works of art. Listed below are some of them along with brief descriptions and what they are notable for.

The Colosseum, the Roman Forum, and the Palatinum

We all know that the symbol of the Eternal City is the Colosseum, the oldest amphitheater where gladiators fought 2,000 years ago. If this is your first time in Rome, read our article with recommendations for tourists to visit the Colosseum.

Next to it is the Arc de Triomphe. Also with one ticket you can enter the Roman Forum and the Palatine. Everyone knows about the she-wolf who nurtured the twins Romulus and Remus, right? (By the way, her statue is in the Capitoline Museums). It happened exactly on the Palatine hill. Before visiting the Forum and the famous hill, we advise you to read the historical information about the objects there, otherwise you will see just the ruins of ancient Rome.

Galleria Borghese is located in a large park with a heart-shaped plan. It has a huge collection of famous artists and sculptors such as Caravaggio, Raphael, Titian, Reni, Rubens, Bernini, Canova and many others. The collection is truly awe-inspiring and a must-see. Tickets to visit on a normal day and get in without a huge line at the box office can be purchased here.

Fans of more modern art should visit the Galleria Nazionale. In its 75 rooms, you’ll find both sensational contemporary projects and famous works by Van Gogh, Klimt, Monet, Cézanne and others. Learn more about all museum events and promotions on the museum’s website. 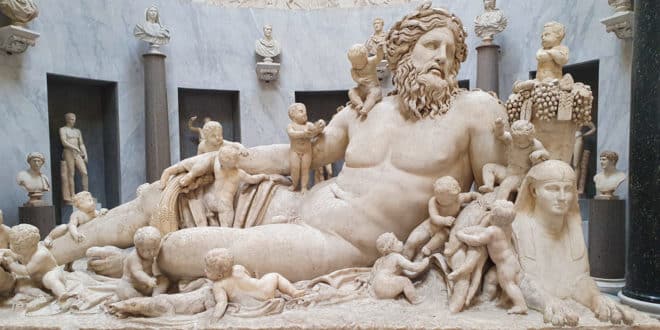 No other city in the world has as many historical and artistic sites as Rome.

That said, there are plenty of opportunities to experience the history of the Eternal City and enjoy its priceless heritage without spending a dime. To do this, choose museums with free admission and build an interesting itinerary around the city.

Free days for museums and attractions

Those museums that have ticketed admission, on certain days give a unique opportunity to forget about payment. These are national cultural sites overseen by the Ministry of Cultural Heritage, Cultural Activities and Tourism (Ministero dei beni e delle attivita culturali e del turismo – MiBAC).

The Ministry’s special regulations stipulate the following days for the free admission:

All current information can be checked through the MiBAC website, but it is a bit confusing and in Italian.

Roma Pass holders can also visit up to two museums or attractions for free, but under certain conditions that must be read in advance.

Rome is an open-air museum. Walking around the historic sites of the city brings many interesting meetings with the outstanding monuments, sculptures, fountains, parks and gardens.

Every church you can freely enter holds priceless works of art – frescoes, sculptures, paintings, antique furniture and relics. Read, for example, where to see Caravaggio’s paintings.

Not many museums in Rome offer free admission all the time, but the varied themes of their exhibitions will attract visitors with different preferences. 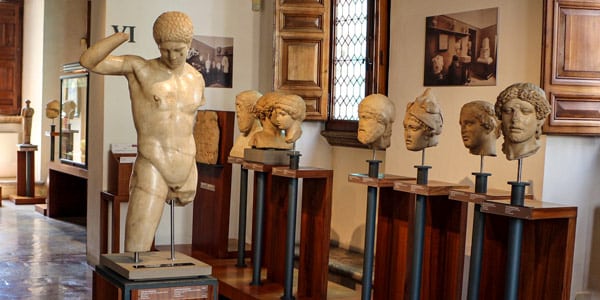 As a passionate admirer of ancient art, he devoted his life to collecting artefacts, buying them on antique markets and restoring them after excavations. His unique collection of more than 200 pieces includes sculptures from ancient civilizations – Assyrian, Egyptian, Cypriot, Phoenician, Etruscan, Greco-Roman.

The exhibited items belong to the period of history starting from 3 thousand years B.C. – Egyptian funerary objects, and up to XII-XIII centuries, represented by fragments of mosaics of the first basilica of St. Peter in Rome. A particularly interesting section of the museum is the collection of originals and copies of Greek sculptures from the fifth to the fourth century B.C. by such ancient sculptors as Polycloetus, Myron, Phidias and Lysippus.

The Museum of the Walls of Rome (Museo delle Mura) presents an unusual exhibition dedicated to the building of the fortifications at different times in history, beginning with the first fortifications from the time of the legendary sixth king of Rome, Servius Tullius, until the 19th century.

The museum is located in the rooms of the Porta San Sebastiano at the beginning of the Appian Way.

In addition to viewing the archaeological finds, visitors have the opportunity to walk along the ancient Aurelian wall (Mura Aureliane). It was built by the Aurelian emperor in 270 A.D. and for centuries it was the cornerstone of the city’s defence system.

Villa di Massenzio is an open-air museum located on 3 km of the ancient Appian Way. 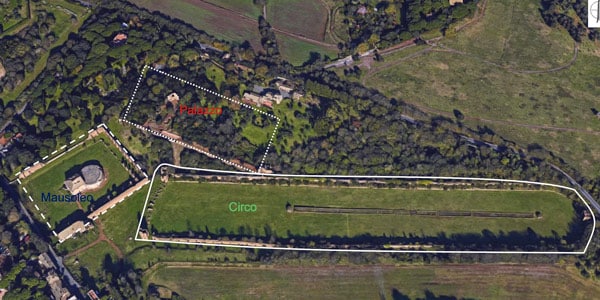 The ruins of the ancient Roman country residence consist of a palace, a circus and a mausoleum. The first buildings date back to the I century B.C. The main improvement of the once magnificent villa was made by the emperor Marcus Aurelius Maxentius in the IV century. The circus was for equestrian competitions and seated about 10,000 people. Its construction, as well as the erection of the mausoleum, was most likely related to the burial of Maxentius’ son, Valerius Romulus, who died at a young age.

Museum of the Roman Republic and Memory of Garibaldi

Museum of the Roman Republic and Memory of Garibaldi (Museo della Repubblica Romana e della Memoria Garibaldina) was opened in 2011 for the 150th anniversary of the Unification of Italy and is dedicated to the hero of the country Giuseppe Garibaldi and the national movement Risorgimento. 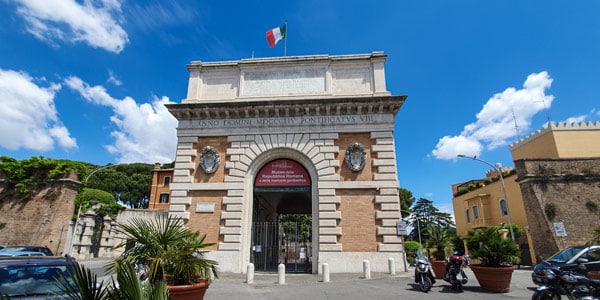 The rooms of the museum are located on three floors of the Porta San Pancrazio building on the Colle del Gianicolo.

READ
Going to Rimini! Holidays in 2022 and reviews

The exhibition presents personal belongings of the legendary general, his family and comrades-in-arms, as well as objects and documentary facts related to the national liberation movement. Model battles, interactive images and films complement the information.

The Napoleon Museum (Museo Napoleonico) is located on the first floor of a 16th century building, the Palazzo Primoli, which belonged to a descendant of Napoleon. 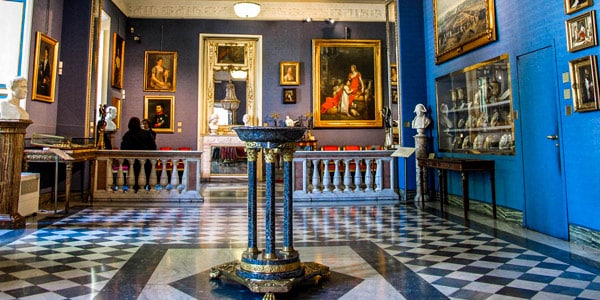 The museum captures the elegant atmosphere of the Empire style, with items belonging to the emperor’s favorite sister Pauline: clothing, jewelry, crockery and other exhibits. Napoleon himself had never been to Rome, though he considered it the second greatest city after Paris.

The Borghese’s country house has been home to a museum of contemporary art since 2008. The museum is known as the Museo Carlo Bilotti, and its centerpiece is the collection of paintings and sculptures of the patron Carlo Bilotti. 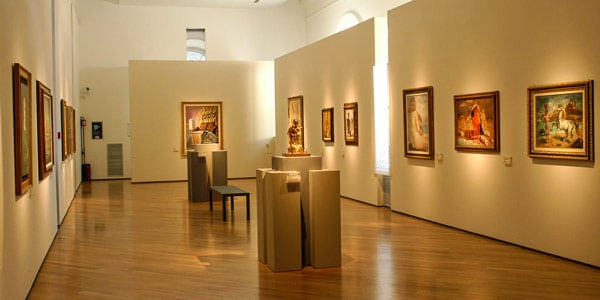 A special place is occupied by 18 paintings by Giorgio de Chirico, a 20th century artist close to Surrealism, who was well known to Picasso and noted by Salvador Dali.

In addition to showing the permanent collection, the museum organizes traveling exhibitions of contemporary artists. 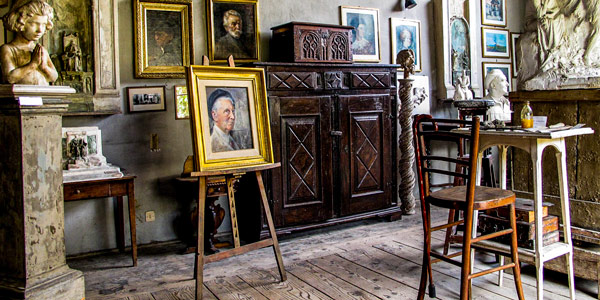 In the XVII century, this building was known as the Borghese family’s “bird house”, where wild ducks, peacocks and ostriches were raised for the hunting amusement of aristocrats. Since 1926, the house was given for life to the Canonica, who eventually turned it into a museum.

In front of the entrance to the building are two sculptures by Pietro Canonica, one of them dedicated to an animal, a mule, who for his modest work was awarded the Medal of Military Valor on a par with the heroes of Italy in World War I.

In the halls of the museum you can see sculptural portraits of members of the royal family of the Romanovs and the royal courts of European states, various statues and sculpture groups, as well as paintings of both the owner of the house, and other authors. The interior of the exhibition halls with antique furniture is of particular interest and is a museum exhibit.

READ
How to get from Rome to Napoli - all ways ...

The comparatively new Museo di Casalde’ Pazzi is dedicated to prehistoric Rome where you can go back in time 200,000 years and see landscapes, mammoths and primitive men dating back to the Palaeolithic period. 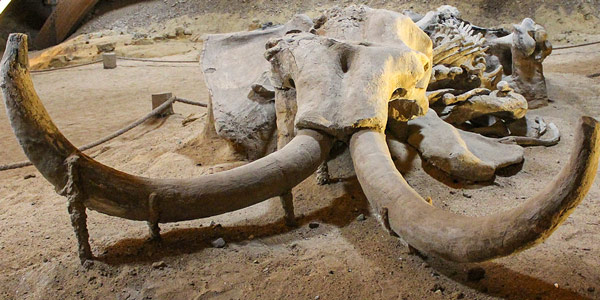 The collection began with numerous fossils of ancient animals found during excavations in 1981 that are hard to imagine in the area of Rome today – rhinoceroses, hippos, bison and mammoths. The exhibits of this interesting museum showcase the excavation findings, and visitors can also see a 3D installation that brings the primordial world to life.