Hong Kong Airport: How to get there 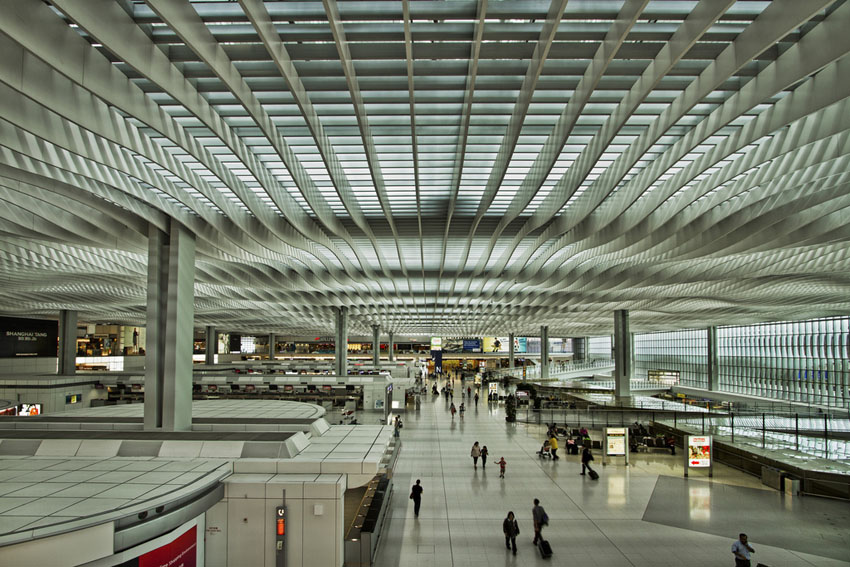 Learn how to get from Hong Kong airport to the city center easily and painlessly: buses, trains, cabs. You’ll find information on prices and transport timetables as well as the pros and cons of each way.

Hong Kong’s Chek Lap Kok Airport is located on an artificially created island of the same name. The airport has repeatedly recognized as the best in the world. It is large, but very convenient, it is impossible to get lost in it, because everything is thought out in detail, the signs are doubled in English. There are two terminals, hotel, restaurants and cafes, free Wi-Fi and other amenities.

The prices in this article are current at the time of publication and are subject to change.

Fly often? Install the handy Aviasails app on your smartphone to quickly find cheap flights on your Android or iPhone. Read also the instructions on how to search for cheap airline tickets. 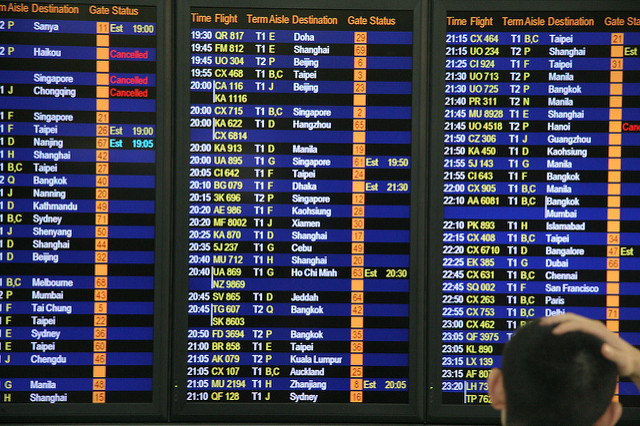 How to get to/from Hong Kong Airport by train

READ
Hong Kong Prices 2022. How not to go broke

The express train has few stops, so you will have to take a subway, bus or cab at the station. You can also walk to the hotel if it is nearby and your luggage is not a burden.

Note: when getting off the train at the airport do not confuse the doors, because the exit to the left is Terminal 1, exit to the right – Terminal 2 (if you look in the direction of the train). 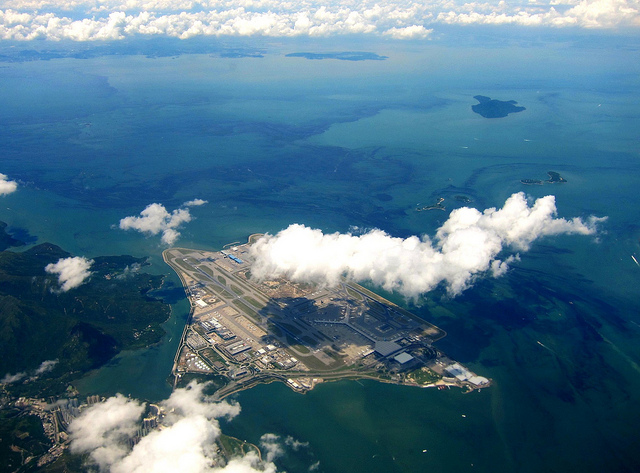 Looking for lodging for your trip? We recommend the service Roomguru.ru – the site compares the prices of a variety of booking systems and finds the best.

From the airport to Hong Kong by bus (and vice versa)

Getting from Hong Kong Airport to Hong Kong by bus is a lot cheaper and more fun. The airport is connected to the city via numerous routes (labelled A, E, S, N) and several bus companies.

What’s the advantage of taking the bus instead of the Express?

Of the minuses : the road takes about an hour (traffic jams, by the way, almost never happen). But it’s not such a significant disadvantage, because the trip is interesting and enjoyable.

So, which bus to take to downtown Hong Kong? Find out which subway station is closest to you and use it as a guide. To do this, visit the websites of the carriers Citybus and Long Win (you can download their itineraries) and use the search to find the necessary station. For example, our hotel is located in the popular Tsim Sha Tsui district (subway station with the same name), so bus A21 during the day and N11, N21 and N21A at night (daytime fare – 33 HKD) suit us.

READ
Going to Hong Kong on your own: how to plan a trip

Bus hours and fares: Buses generally run from 5:30 a.m. to 12 noon, but there are night buses as well. Schedules vary from route to route and so do prices (usually 30-40 HKD to the center, depends on the route). Check the bus timetable.

You can find the bus stops by following the signs at the airport. They are on floor G, next to parking #1 (terminal 1), bypassing the express apron. There are also ticket booths on the left, where you can buy tickets (you must have change when you pay on the bus, because the drivers don’t give change). 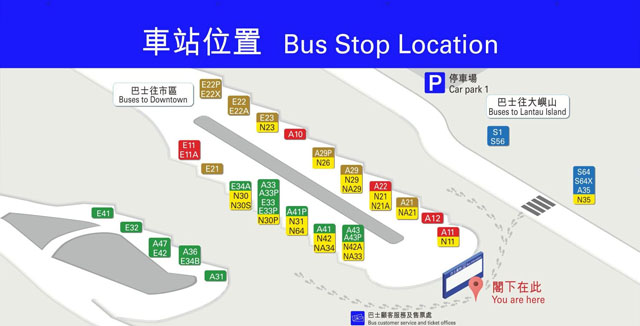 This is the most convenient way to get to Hong Kong city center since you can get to your hotel, but it can be hard on the wallet of a budget traveller. Airport cabs in Hong Kong, considering the changed exchange rate, are expensive: up to 400 HKD depending on the destination. The Tsim Sha Tsui area is about 240 HKD, the downtown area about 300 HKD and Kowloon Bay about 260 HKD.

You can find cabs by exiting the arrivals hall and turning left. Taxis come in red, blue and green, with the red ones going to downtown Hong Kong and Kowloon, the blue ones to Lantau Island, and the green ones serving only the New Territories and some roads in Lantau.

You can also order a cab online at Kiwi Taxi – the driver will meet you at the exit with a nameplate and help you carry your luggage.

READ
Where to stay in Hong Kong: 9 options from 35$

So the most convenient and inexpensive way to get to/from Hong Kong airport is by bus, which is mainly used by tourists. 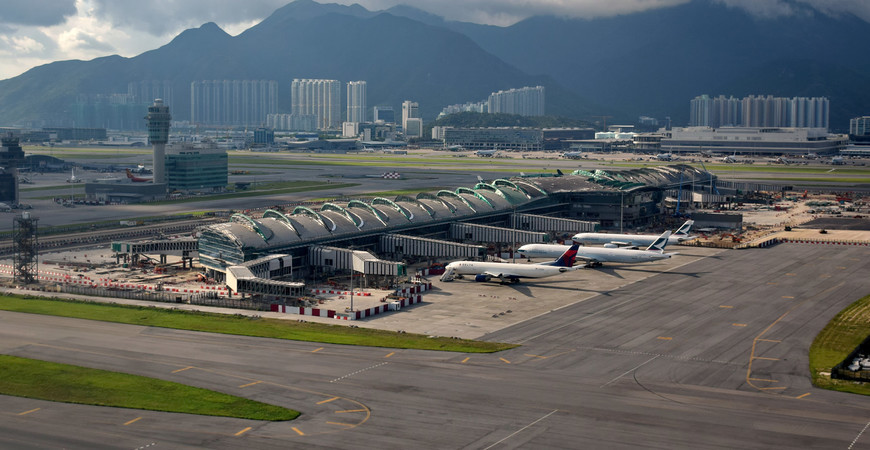 Hong Kong’s Chek Lap Kok International Airport opened for flights in 1998, replacing Kai Tak Airport. It is an important air hub linking the city with mainland China and Asia. According to the number of passengers and cargo volume Hong Kong airport is one of the ten busiest airports in the world.

Cathay Pacific, Dragonair, Hong Kong Airlines, Hong Kong Express Airways and Air Hong Kong are based at the terminal. It is considered an important transit point for Chinese, Indian, Singaporean and African carriers. More than a hundred airlines fly out of Hong Kong airport and its geography covers 180 cities all over the world. The recorded capacity of the terminals is more than 63 million passengers per year.

As part of the construction of the airport designed by architect Norman Foster, the island was artificially enlarged by almost 10 square kilometers. A 34-kilometer road and railway line, tunnels and bridges were built to connect it to the city center.

The airport has two terminals: T1 and T2. Between them there is an express station. Terminal 2 is the check-in area only, boarding, transfers and arrivals are made through Terminal 1.

With an area of 570,000 square meters, Terminal 1 is the third largest airport building in the world (after Dubai and Beijing). The building houses all the basic customer services, stores and boutiques (more than 160 retail outlets), a large food court area with restaurants (Western and Asian cuisine), coffee shops, fast food outlets.

The second terminal of the airport terminal opened in late February 2007. Its area is 140,000 square meters, part of the territory is occupied by SkyCity entertainment and business complex. Along with the major airlines, the terminal serves low-cost carriers.

READ
Hong Kong Prices 2022. How not to go broke

The terminal complex also includes the North Concourse. It is designed for narrow-body aircraft, equipped with telescopes and serves up to 5 million passengers per year.

The Middle Concourse is located to the west of T1, between the two runways.

4D Extreme Screen Theatre” with a huge projection screen has 360 seats, in the Aviation Discovery Centre you can become a pilot for a while (4D simulator) and learn more about the history of the airport in an exciting way.

How to get from Hong Kong Airport to downtown

The transport links between the airport and the city are carefully designed, with buses and Airport Express trains running along the route. There are cabs and transfers available. Transport to mainland China isn’t difficult to find.

Airport Express trains are the fastest means of transport to central Hong Kong. The total journey time is 24 minutes.

The express train travels at 135 km/h, passing the Lantau Cliffs, the world’s largest container port, Hong Kong’s tourist center Tsim Sha Tsui and through a tunnel under the harbor.

More information about additional free services for Airport Express passengers can be found on the website.

Airport buses are operated by carriers Citybus and Long Win. There are a variety of routes to get you downtown, to attractions and to more distant parts of the city. Flights A10, A11 and A12 depart from Hong Kong Island Airport (HK$48, HK$40 and HK$45 respectively).

READ
Going to Hong Kong on your own: how to plan a trip

Buses are convenient for those who want to get to the hotel without a transfer. For example, the A21 buses to Kowloon have stops at many of the major hotels popular with tourists. There are night bus services.

Detailed information on bus directions is on the airport website.

A cab from the airport to downtown Hong Kong costs about HK$300-350, you can check the price before you go.

City cabs (red cabs) can go to most destinations in Hong Kong, except Tung Chung Road and South Lantau.

Blue cabs specialize in trips around Lantau and the airport area.

Hong Kong 0
Going to Hong Kong on your own – how to plan a trip, tips,

Hong Kong 0
Hong Kong Airport: How to get there Learn how to get from Hong Kong

Where to go 0
Where can I go and where to vacation without a passport in 2022? Many