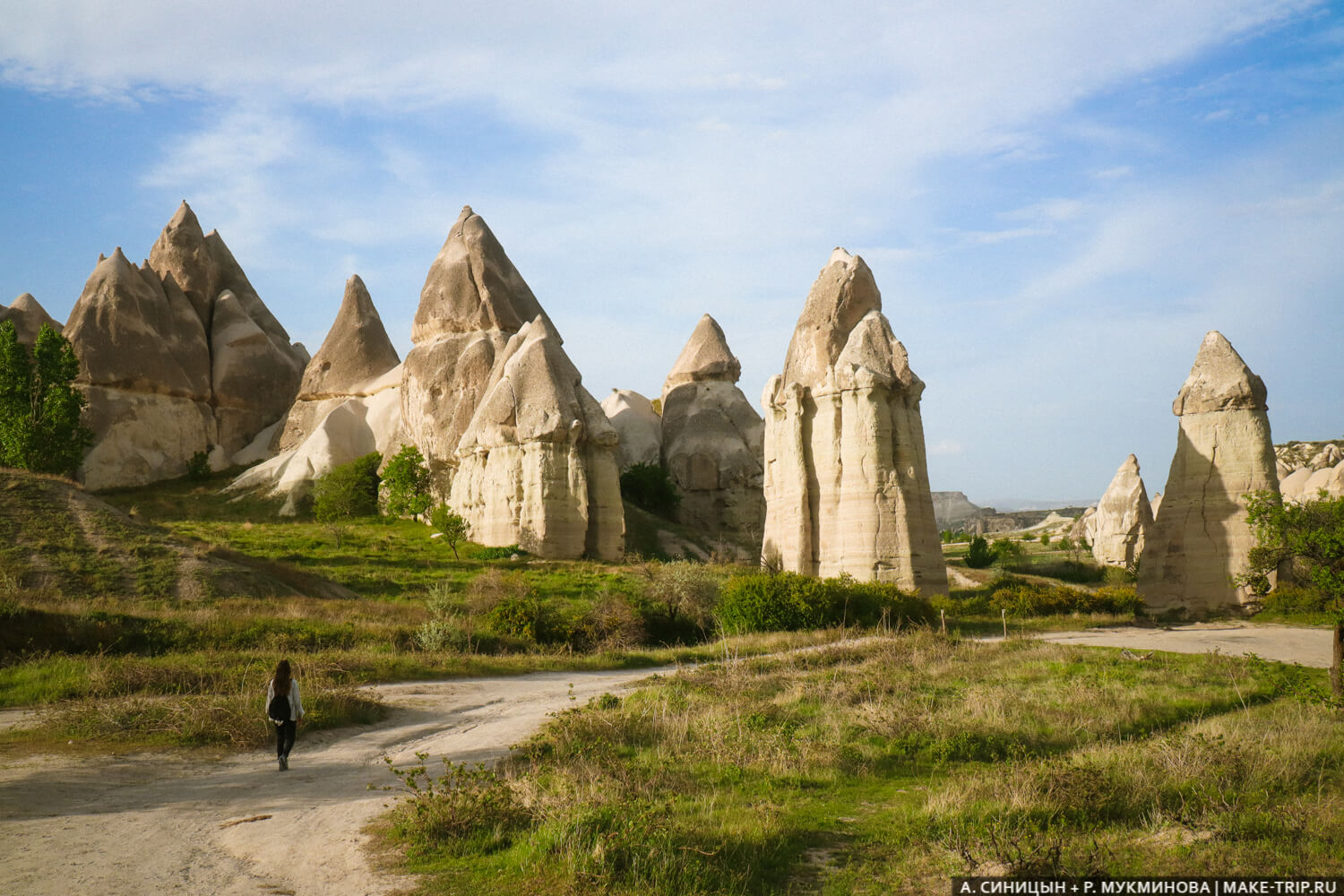 The 15 beautiful valleys of Cappadocia we’ve visited – and we advise you too!

The Red Valley is the most epic valley in Cappadocia. It’s called Kizilçukur in Turkish. During the walk through it you will see beautiful frescoes in rock churches, walk through dark and long tunnels, look at the life of the locals. The high point is the view of Aktepe Hill, which resembles the Grand Canyon in the U.S. Beware: the Red Valley can impress so much that the beauty of the other valleys will fade. Though the true rock lover will find its charm in every valley! 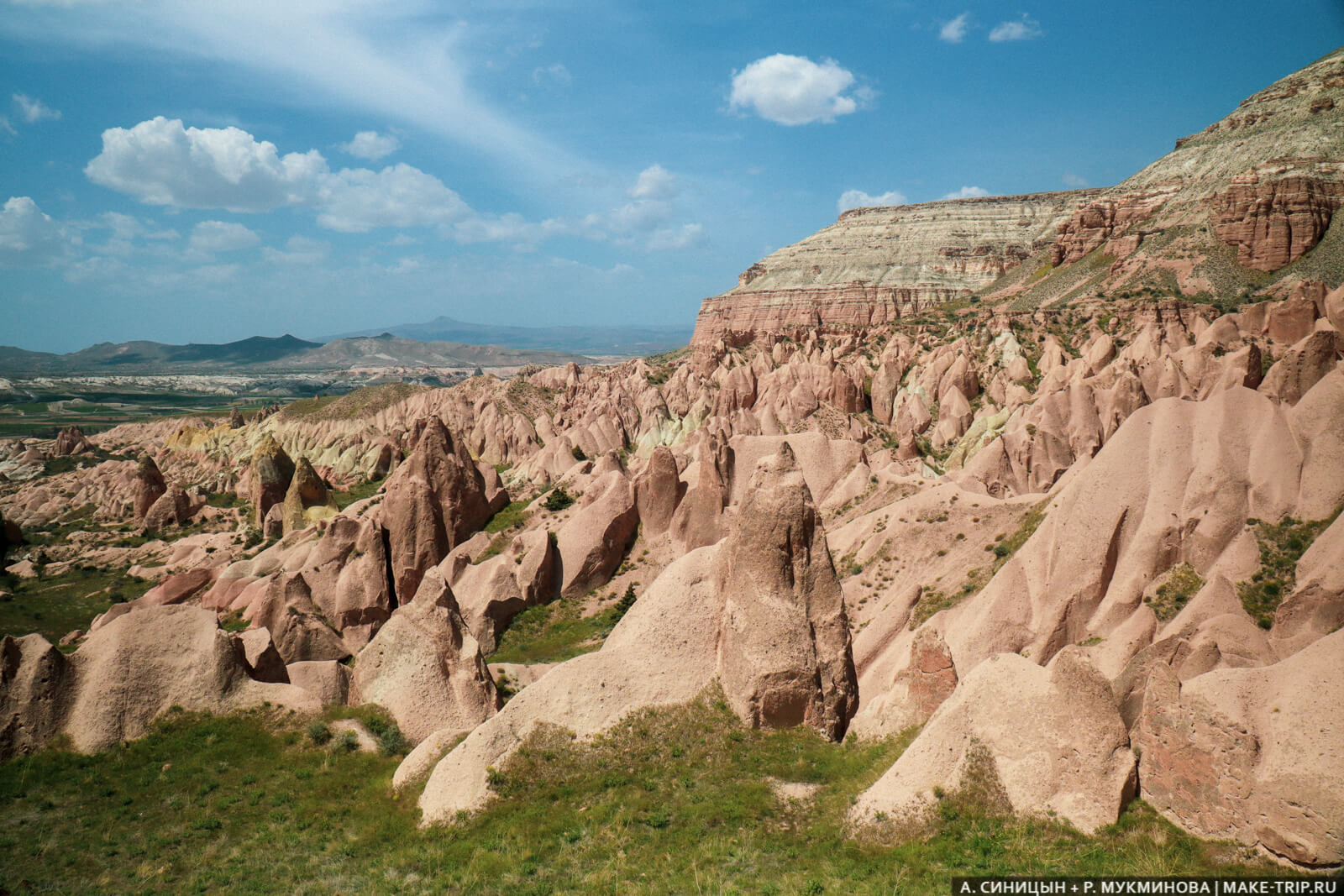 This is the most marshmallowy valley: the surrounding area has delicate pink cliffs, vineyards, dovecotes, and churches. The valley is divided into two canyons: Pink-1 and Pink-2, they join together. From here it is easy to go to the Red Valley or Chavushin. It is called Güllüdere in Turkish. 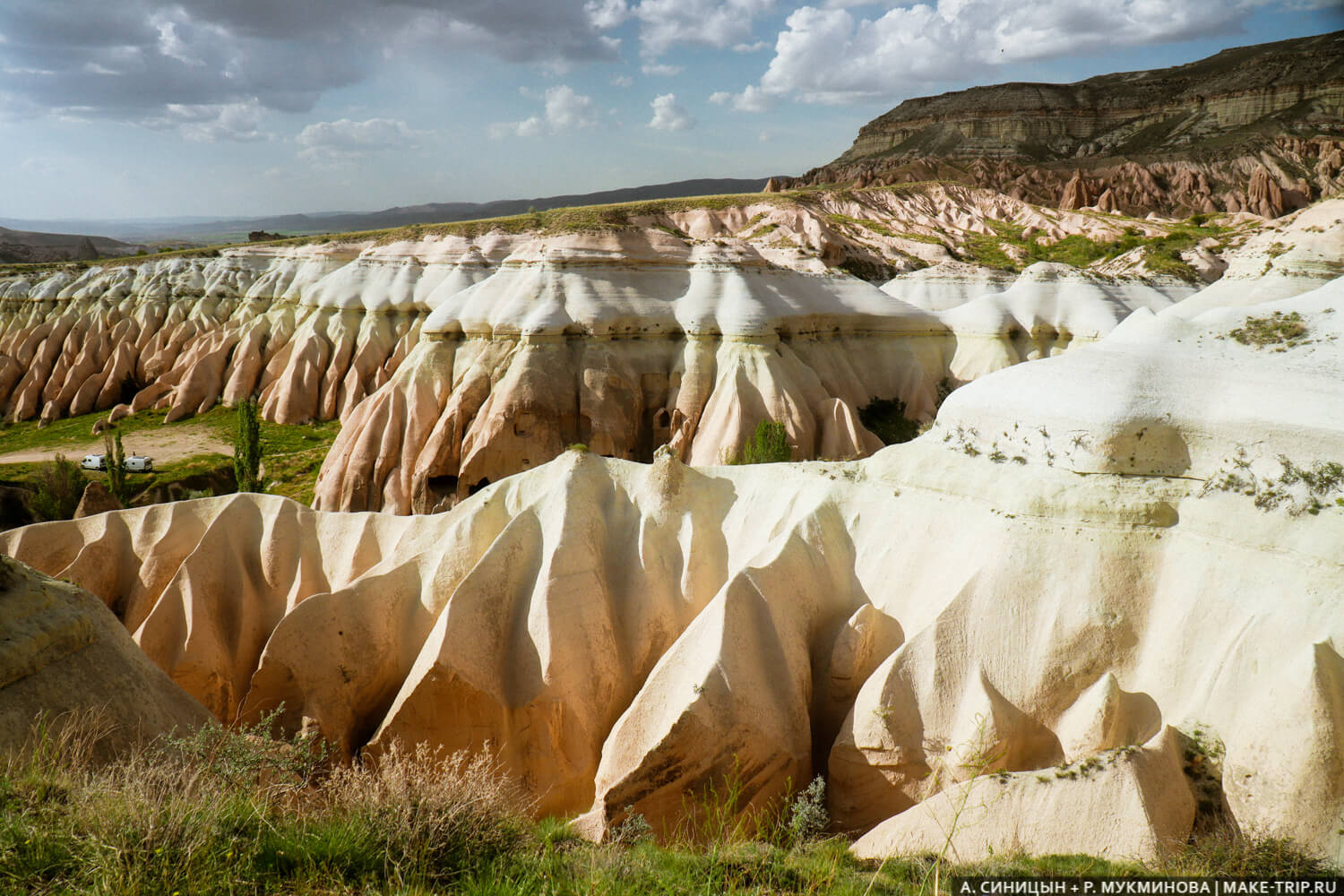 A luxurious view of the Pink Valley at sunset.

The Turkish name is Kılıçlar. In Russian it is also called the Valley of the Sword. I nicknamed it Two-Face: One part of the valley is wide, accessible and popular, with spectacular stone swords, an impressive cliff and a rocky “town” with churches near the Göreme Museum. The other is a narrow, quiet and secluded gorge with long tunnels, no one is here. Both parts are very beautiful, I advise you to take the whole route. From Sabel Valley you can get to Pink, Red and Meskandir. 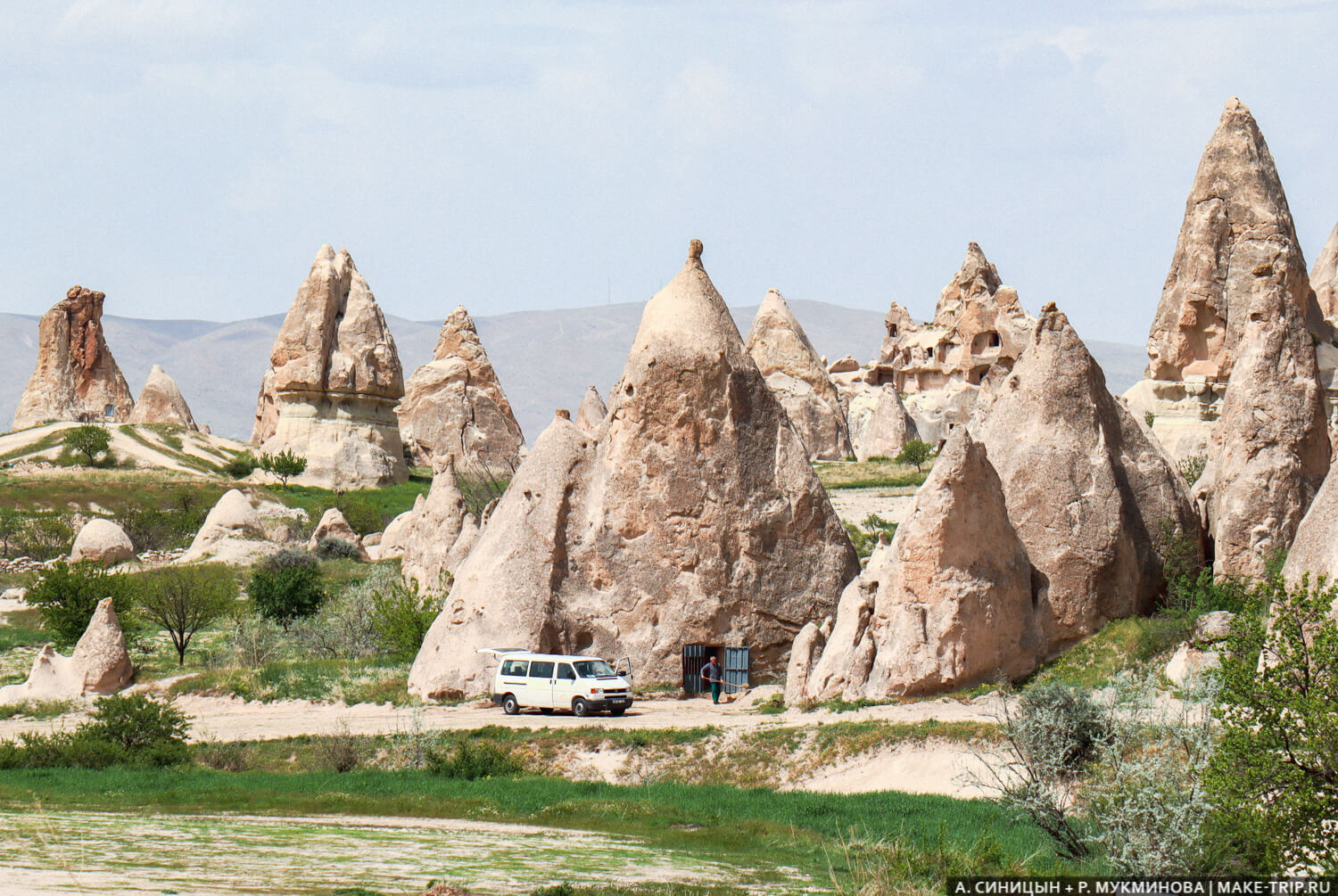 Part of Sabel Valley is quite inhabited – in the rocks someone’s warehouses, barns or summer houses. There are many vineyards.

There is a confusion of names with this valley. In Turkish it is called Baglidere (Bağlidere), which is how it is marked on the signpost stones. The valley is actually mostly white in color, like stiffened whipped cream or meringue! It stretches from Chavushin to Uchhisar and includes the famous Valley of Love and a little-known Honey. Let’s speak about them separately. 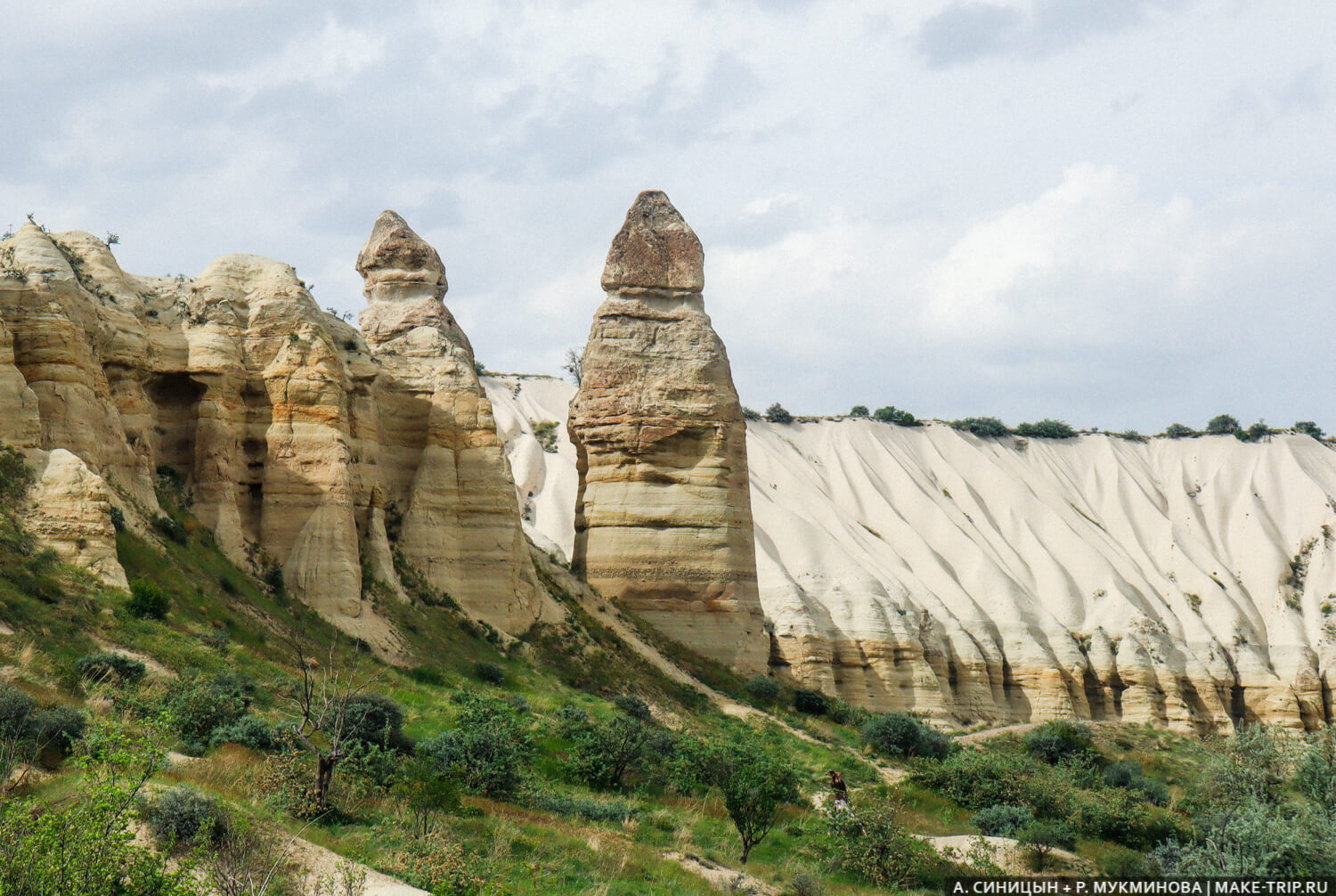 The Valley of Love

The most popular of all Cappadocia valleys, but most tourists hang out only at the observation point, and not many people go down to the stone mushrooms (pillars / phalluses / fingers). And it’s much more interesting down there! The stone pillars are much more fascinating when they are towering above you. Plus, there are cafes in the valley and beautiful horses to ride. The Valley of Love is part of the White Valley. 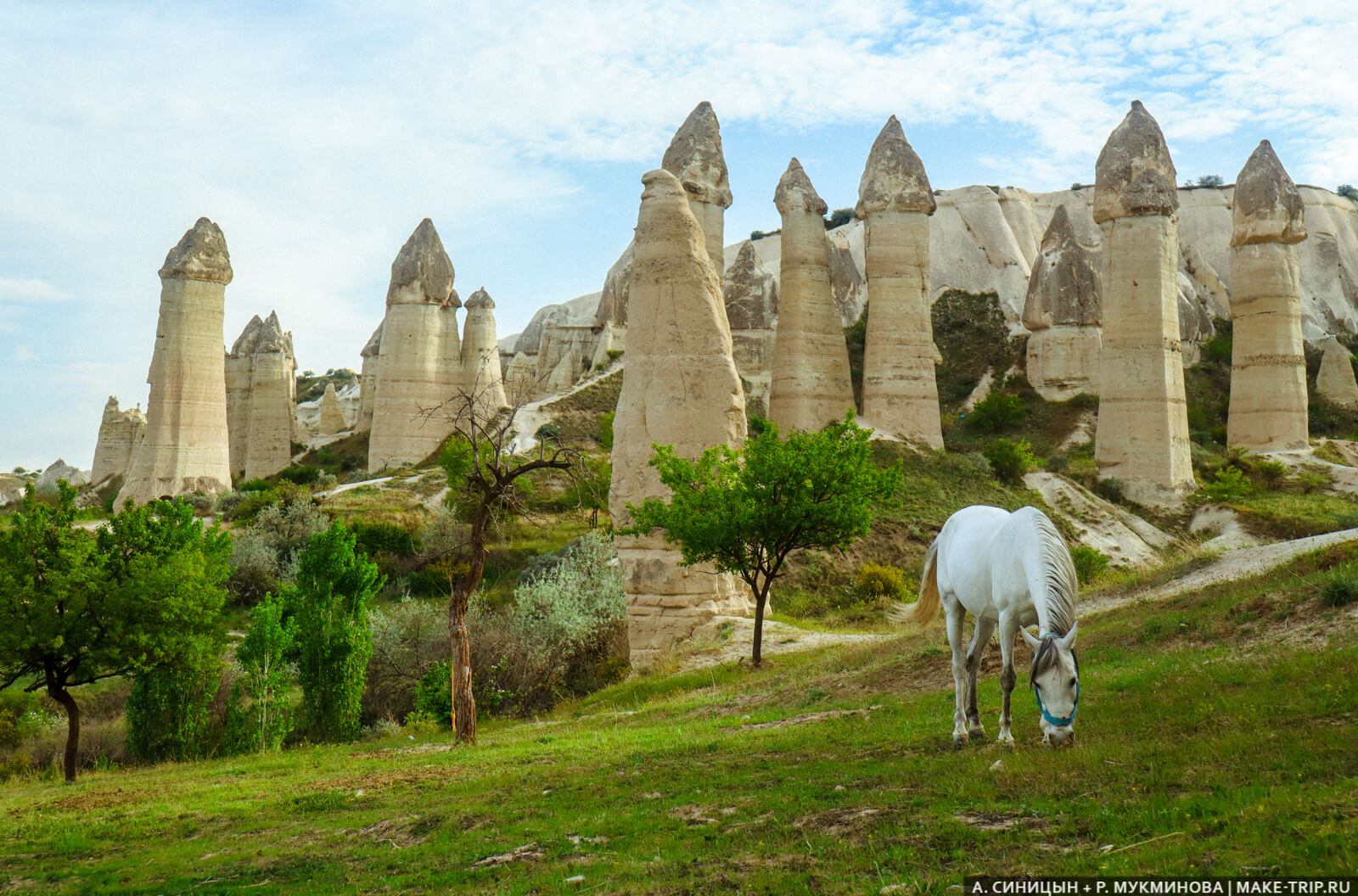 Valley of Love and a horse.

Another gentle valley in Cappadocia, along with the White and Pink Valleys. Its walls are like a festive honeypot, composed of yellow layers of varying saturation. The valley impresses with light yellow overflows and flowing lines.

Honey Valley is the nicest part of the Baglidere Valley. Honey Valley.

The Pigeon Valley, or Güvercinlik in Turkish. Of all the valleys of Cappadocia it is the most ordinary, we were not impressed by the route. The valley has a highlight – a cluster of pigeon-houses. We saw some real pigeon-houses! However, they are concentrated at the very end of the valley, actually in Uchhisar, namely at the observation deck with pigeons. To see them, you do not have to go all the way down the valley – just come to the observation deck and take the trail down to the pigeons. 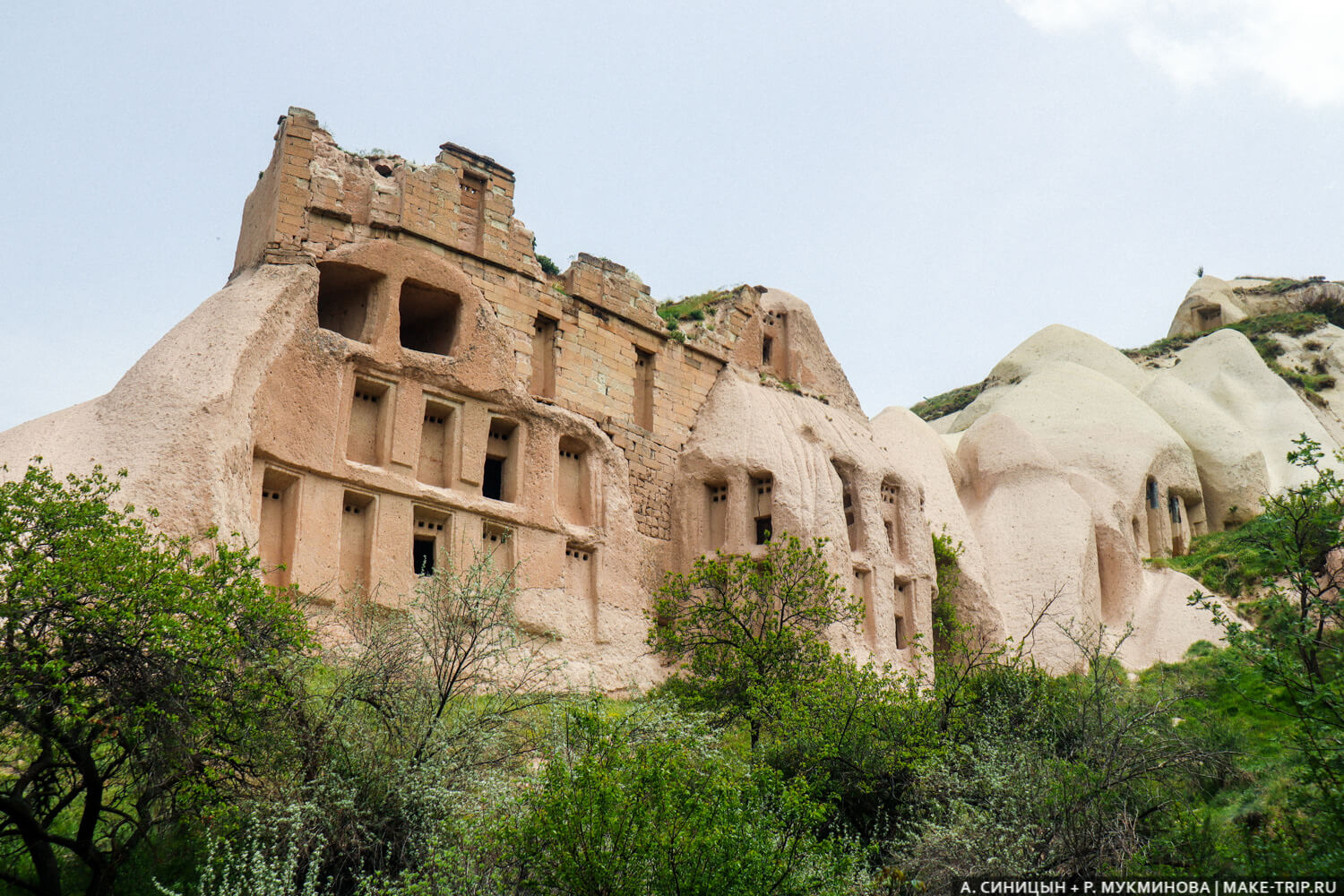 In Turkish it is Görkündere, or Görkündere. Named Love Valley-2 for the exact same stone pillars as in the first Love Valley, but there are not as many of them. This micro valley is located just below Göreme, and is visible from the city observation deck. 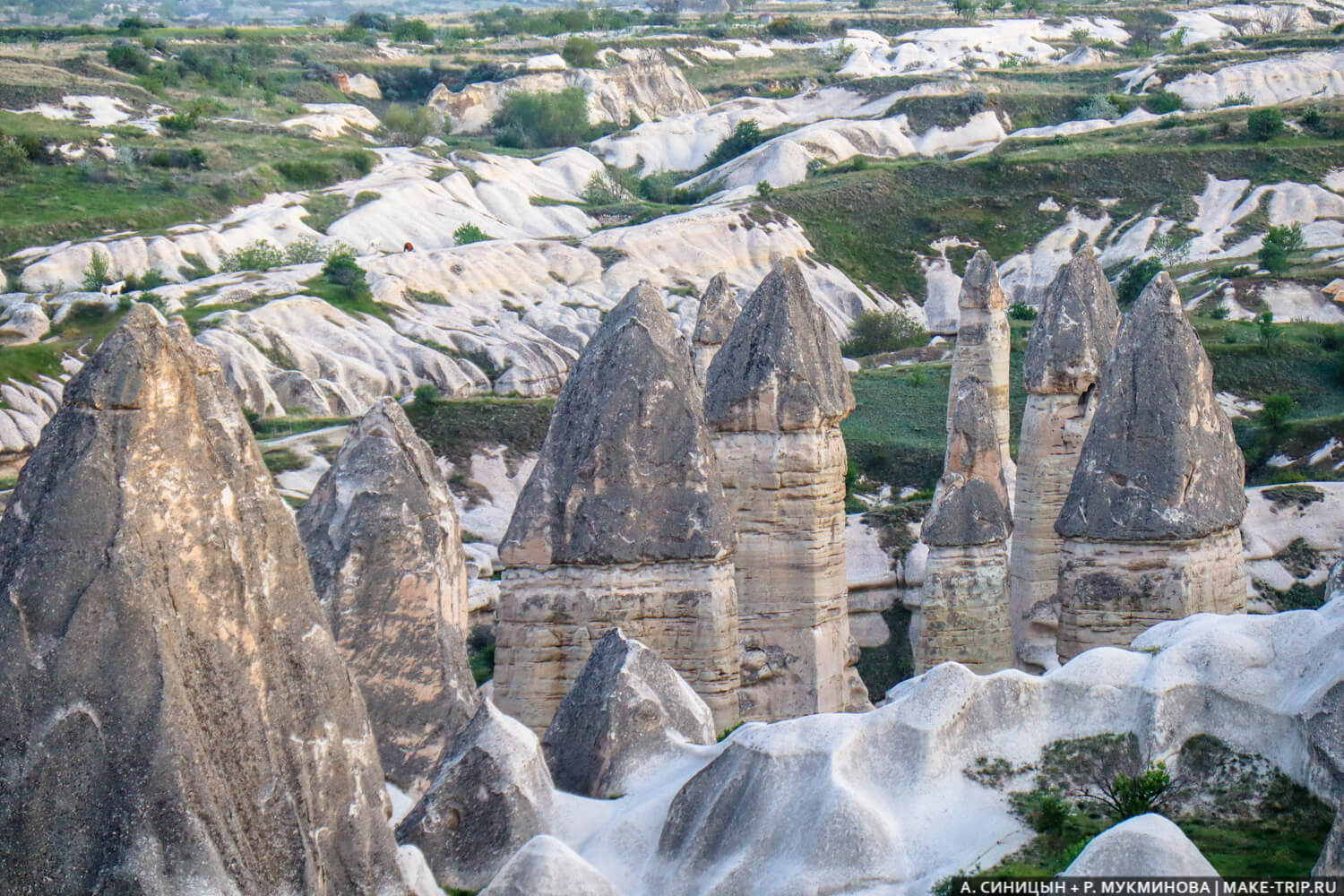 View of Love Valley-2 from the observation deck in Göreme.

The Turkish name is Meskendir. We saw this valley only partially when we went to the Red and Pink valleys, so I can’t say much about it. I only remembered that its rocks are similar to the rocks of the Red Valley, and the gorge is a wide road with a stream that dries up in the summer. 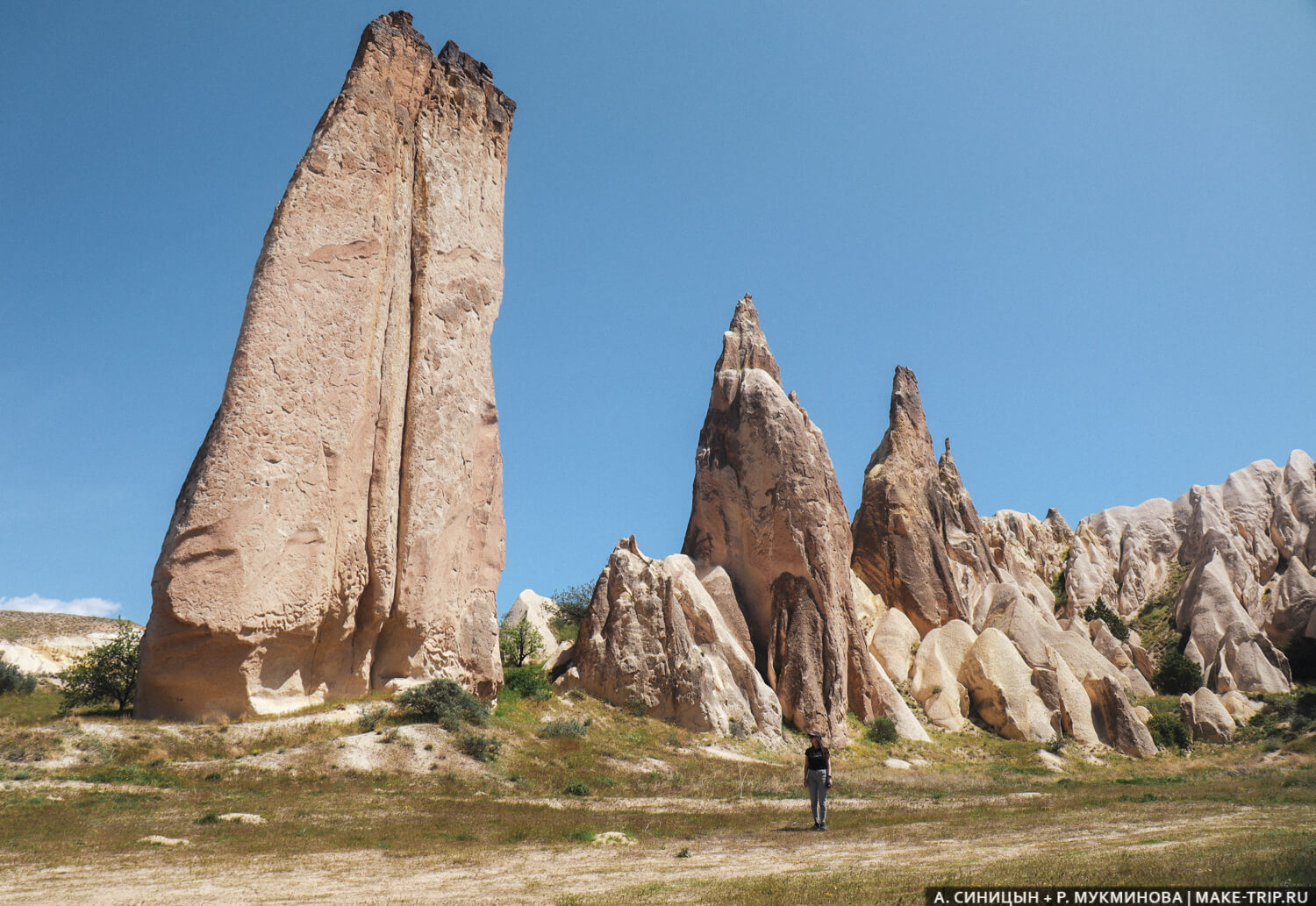 These are the pink cliffs of Meskendir Valley you will encounter on the way to Red Valley.

The valley is long and very easy to walk, because there is a good dirt road all the way through! The fact is that the valley has many summer houses and vegetable gardens of the locals, which they drive to by car. Zemi seems quite simple after other pompous valleys, but it has its own charm: bumpy stocky rocks interspersed with slender and high, as in the valley of Ihlara. We could see faces in some of the rocks. I found some peace in these rocks and the simple life of the friendly Cappadocians, cultivating their vineyards.

The valley of Zemi is very cozy. We found a rock church in the Zemi Valley.

This is a small valley with several rock churches, fairy chimneys and stone pillars very close to Goreme. We didn’t have time to go there, but we saw it from the observation decks of the Uçhisar-Göreme highway. In Turkish it is spelled Avcılar (another name is Keyisdere). It can be combined with the Dove Valley. 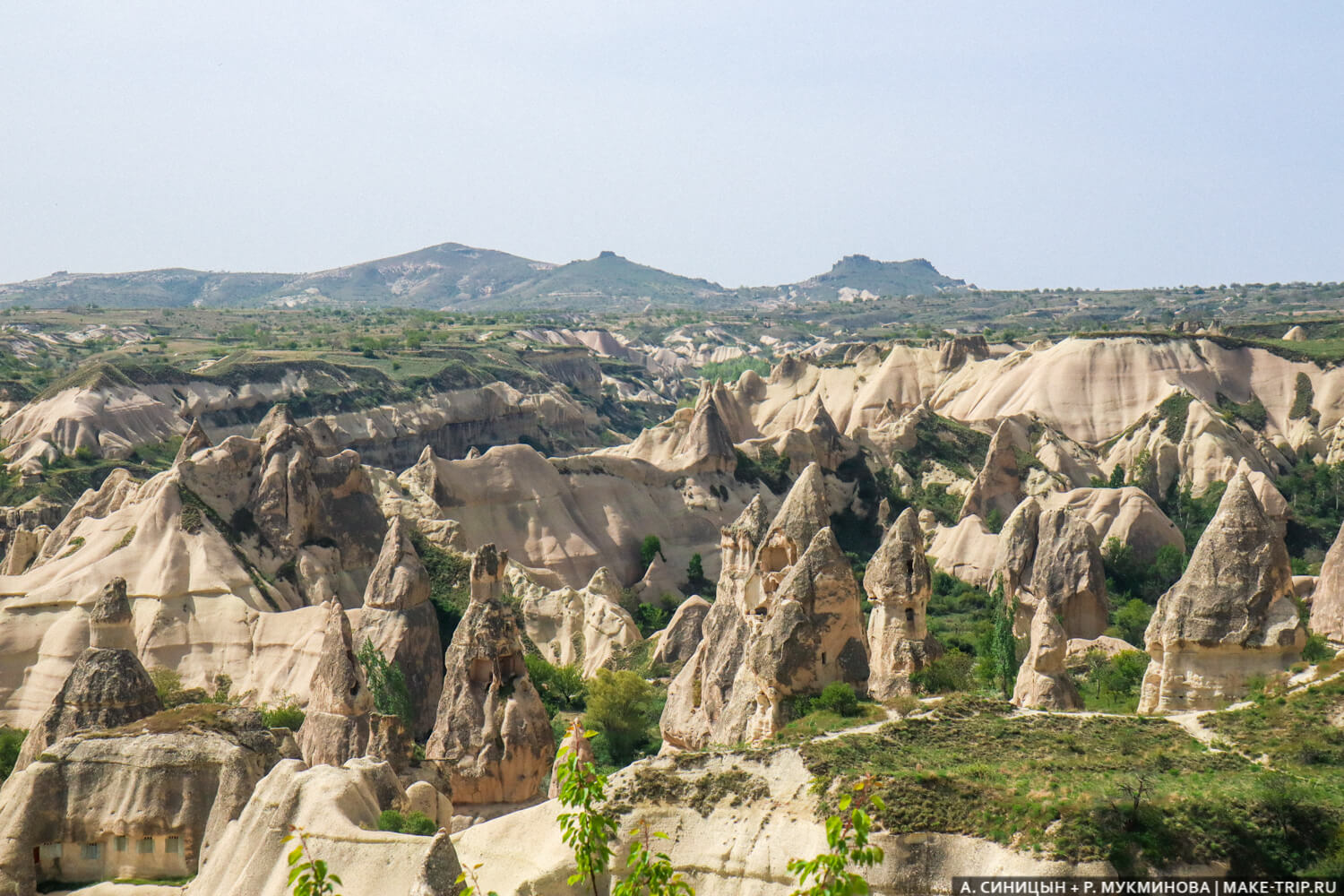 A view of Avcılar from the observation deck on the Uçhisar highway.

Ihlara Vadisi is the farthest valley from Göreme, the deepest and probably the longest! It is a stone canyon that resembles a wound on the Earth’s body from above. At the bottom of the valley runs a rivulet, and on its rocks hide churches with stunningly beautiful frescoes and just dwellings of monks. I can’t call the Ihlara Valley particularly beautiful, but it’s worth a visit once. You can visit it within the Green Tour or you can rent a car by yourself. It is 95 km far from Goreme. You must pay to enter the valley. 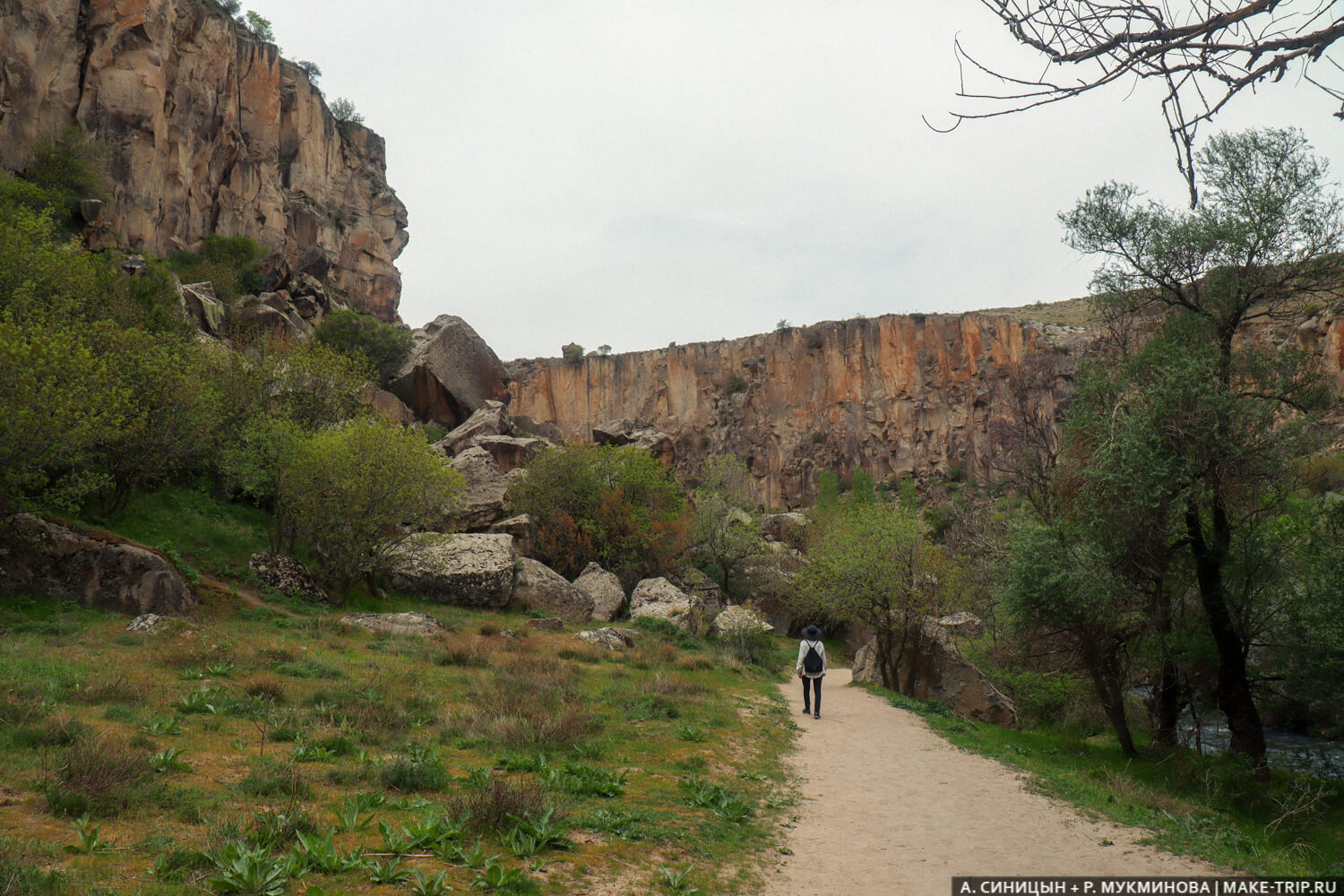 A small paid valley with fairy fireplaces, mushrooms, a camel like in Devrent and the church of St. Simeon. It’s a nice place to walk while marveling at a local specialty: multi-headed mushrooms that look like beech mushrooms. It’s beautiful here, and I advise you to visit. It is convenient to combine with the open-air museum Zelve and Devrent. In Turkish, it’s spelled Paşabağ and reads Pashaba (without the final G!). In English it is often called Chimney Valley, the valley with fairy chimneys. I also met the name “fairy valley”. 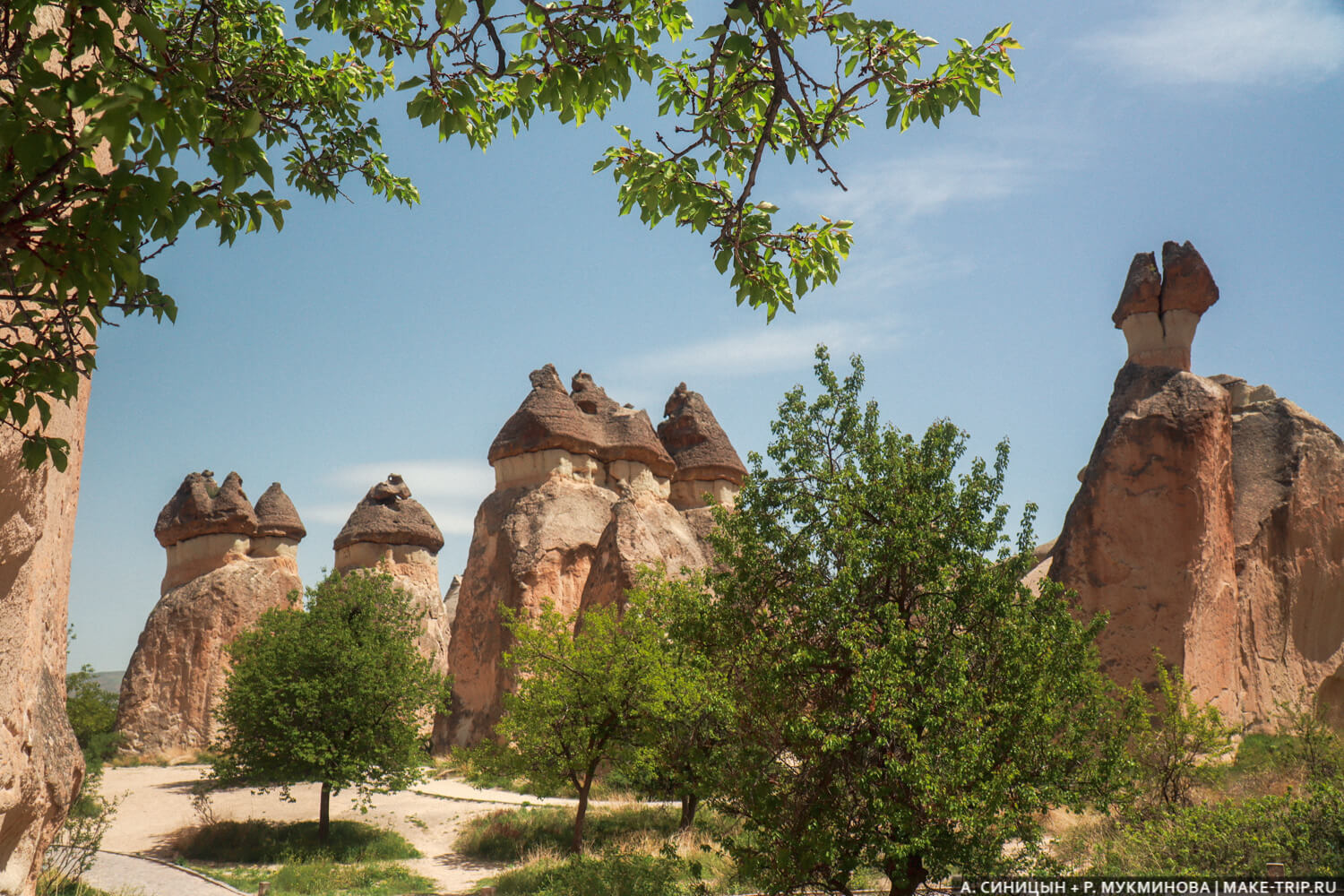 Devrent is the valley of imagination.

The valley of imagination, or fantasy – so they call this little patch with bizarre figures. They say that among these mushrooms you can see figures of animals, people and God knows what else. Tourists are addicted to this and come in buses. We did not understand the excitement – perhaps it is necessary to walk through the valley to feel it. We took a quick look at the poor photographed camel and drove on. The Turkish word is Devrent. 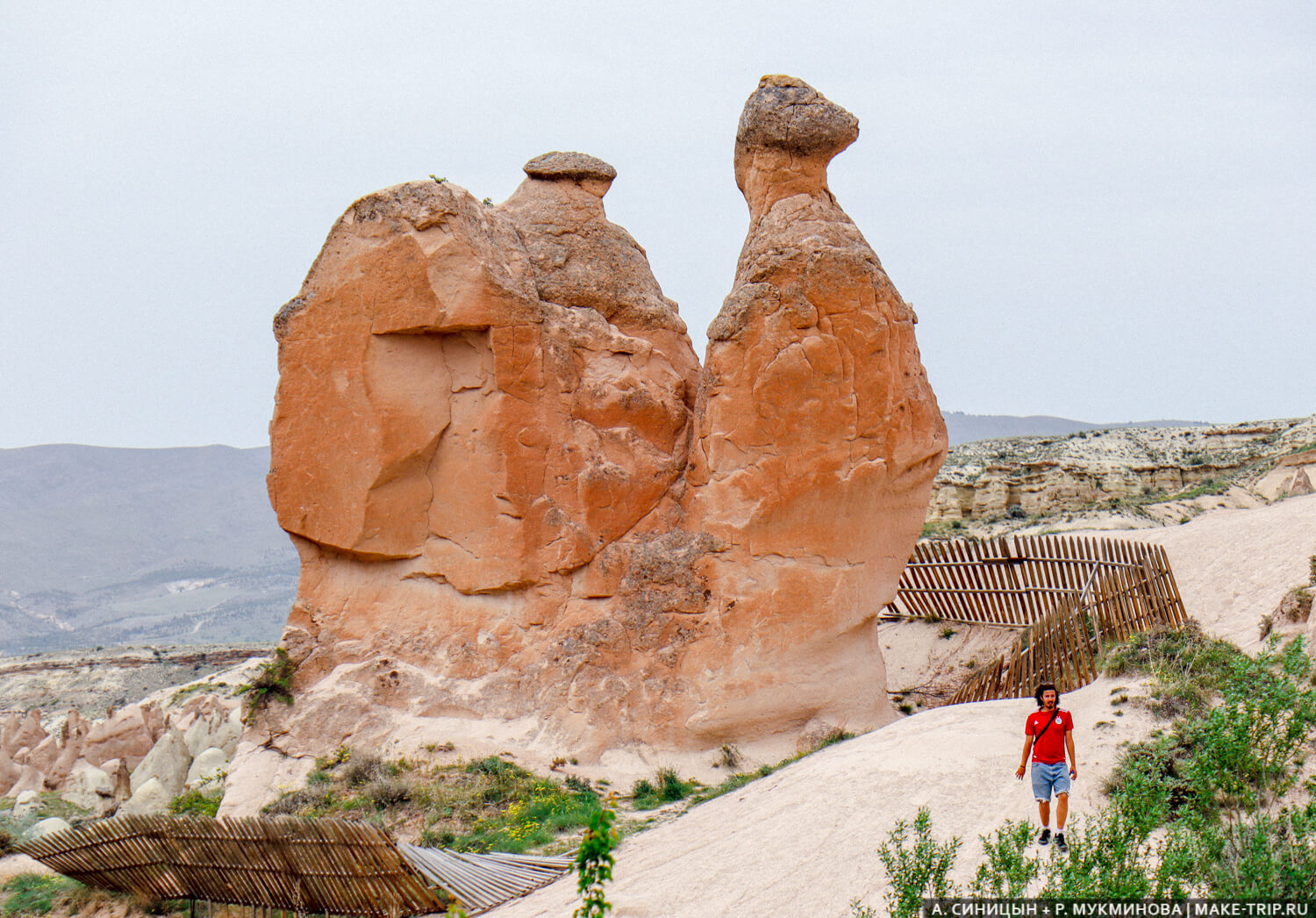 The same camel in the Devrent valley.

The Valley of the Fairies.

This tiny but fairy-tale valley at the foot of the Uchhisar fortress has no name and is not even marked on the maps. However, it was so ingratiating to me that I decided to tell about it separately. I called it the valley of Fey. A small hollow with picturesque fairy chimneys is very cozy and as if it descended from the pages of a fairy tale. From her it is convenient to start the route to the White Baglidere Valley. 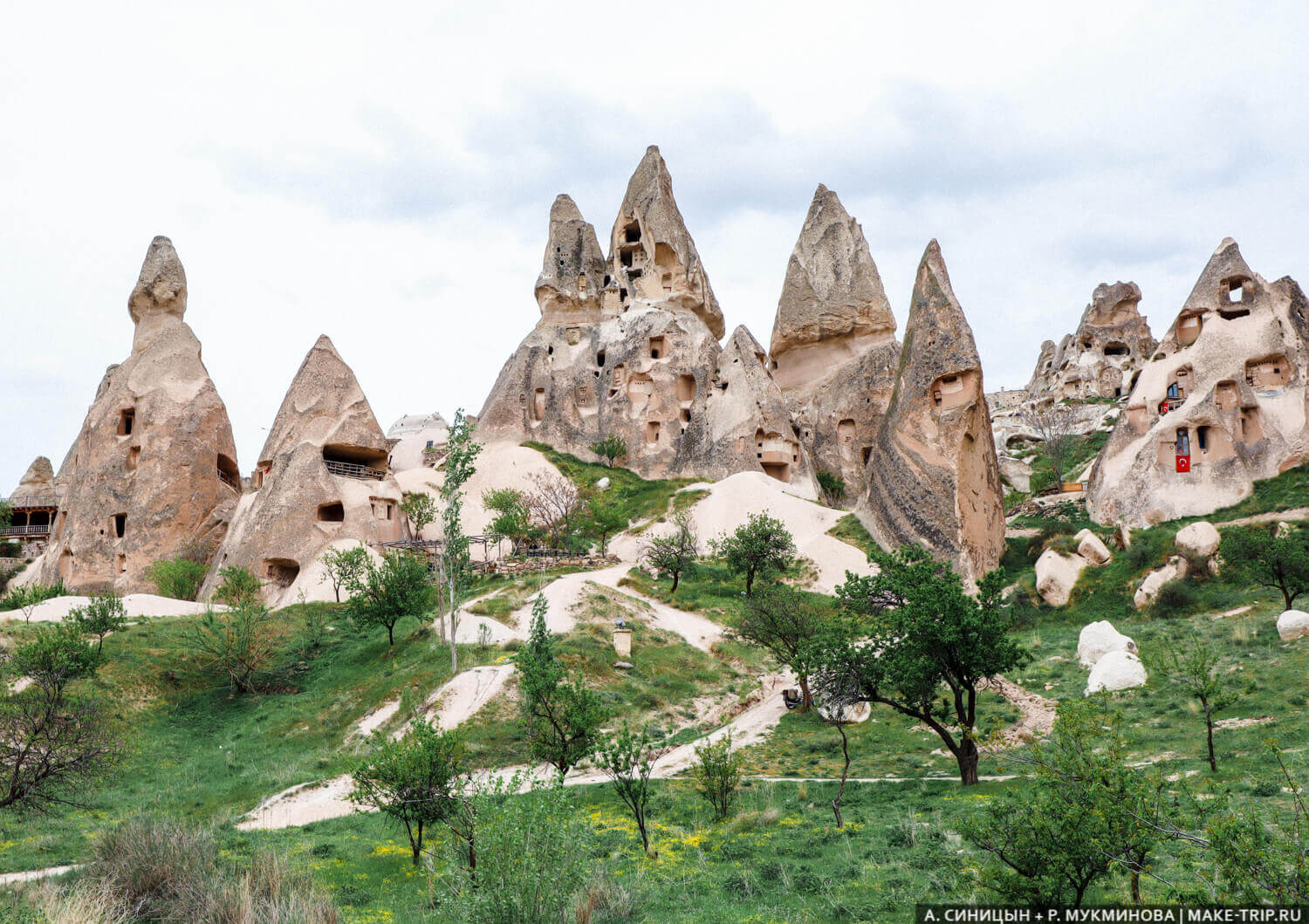 Excursions through the valleys

Almost all the valleys can be hiked on your own – if only you had the time and the desire. If you don’t have time or don’t want to plan itineraries, we suggest taking a Tripster author tour through the valleys of Cappadocia. We took the Green Tour with our guide Ahmet and we were delighted! By the way, this is the most popular tour in Cappadocia because it allows you to see a lot of interesting and far away places in one day that a tourist without a car can’t get to.

The 15 best places in Cappadocia

One of the favorite places in Turkey, which tourists from all over the world visit, is Cappadocia. Here are 15 places to visit in two days.

READ
Tourist reviews about holidays in Turkey - 2022. How is it now

Before traveling to the country, decide what you want to see to get a lot of impressions.

So when you come here, you can see the amazingly beautiful structures that were built right in the rock. 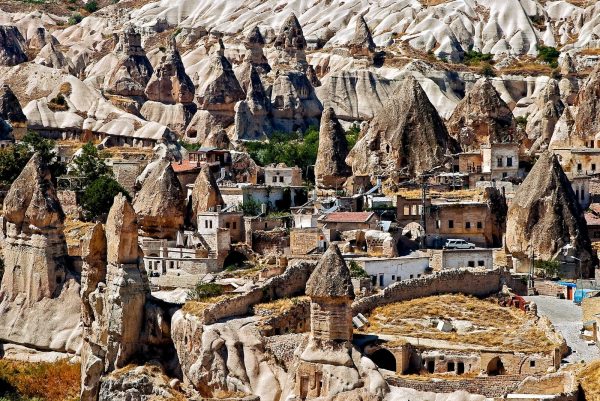 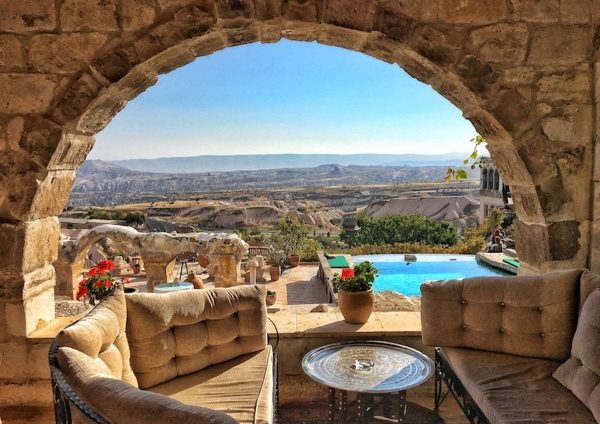 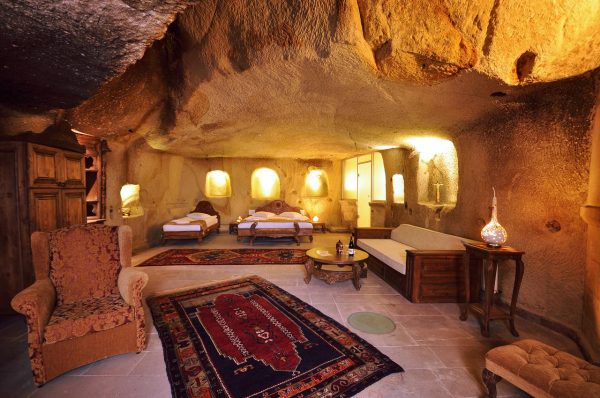 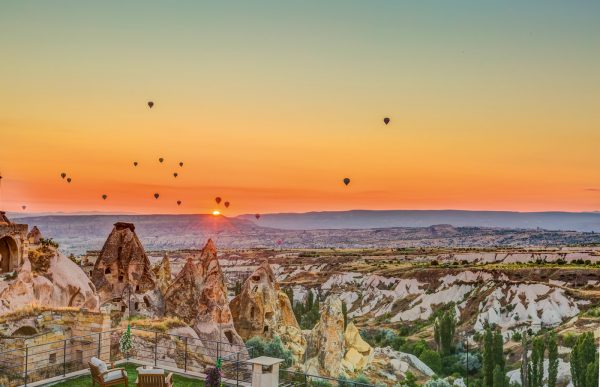 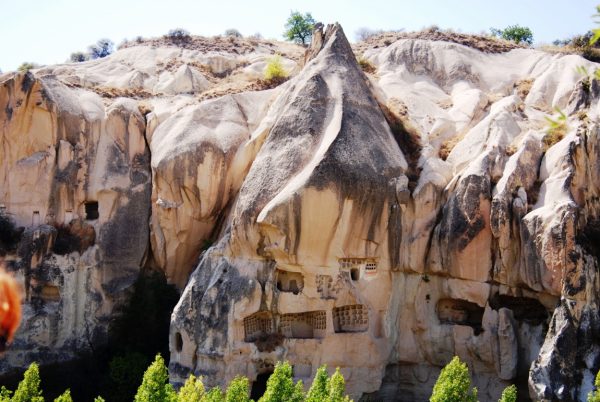 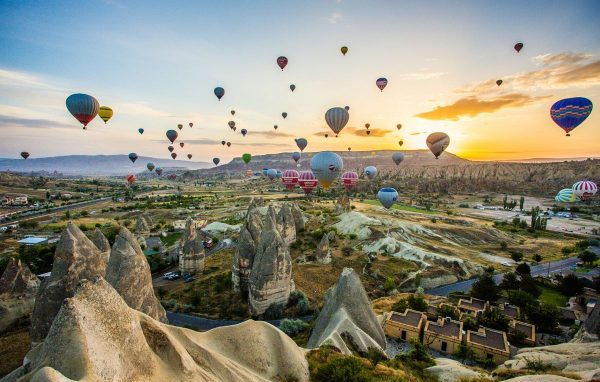 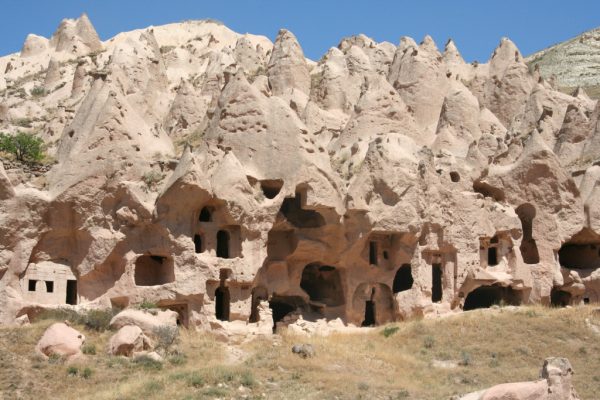 There are many workshops where you can even try to make your first pot yourself. 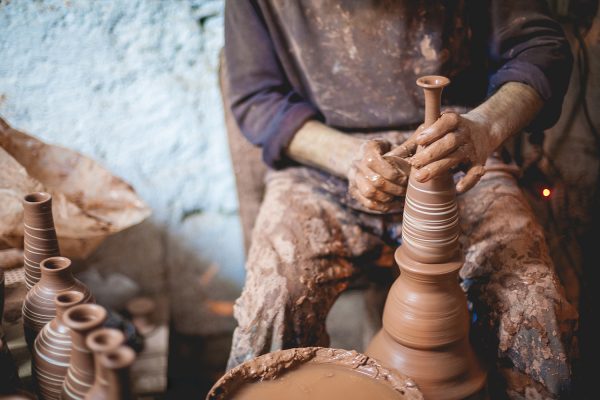 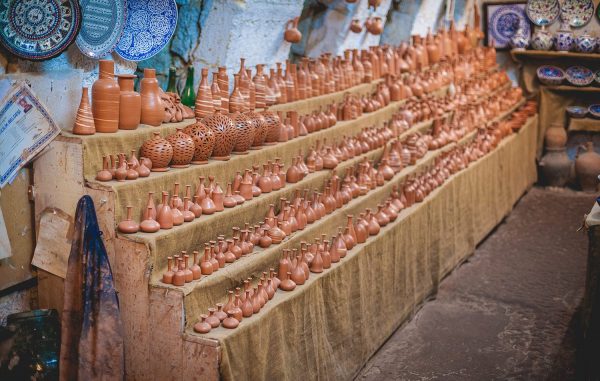 READ
Antalya in March 2022: weather, temperatures, whether to go 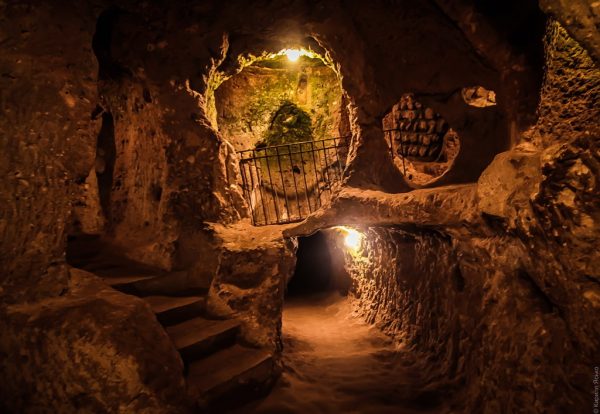 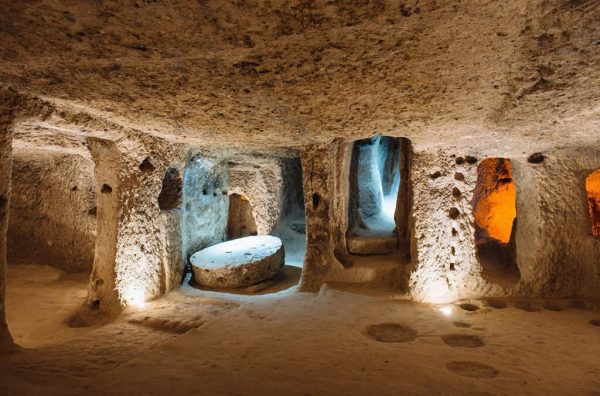 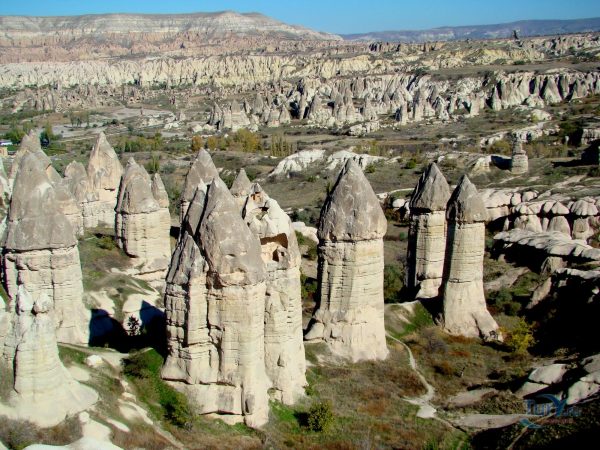 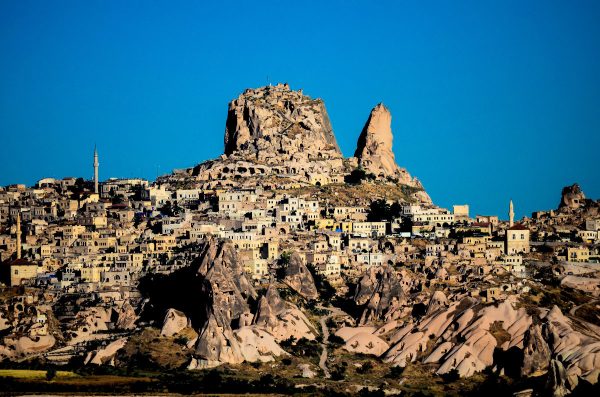 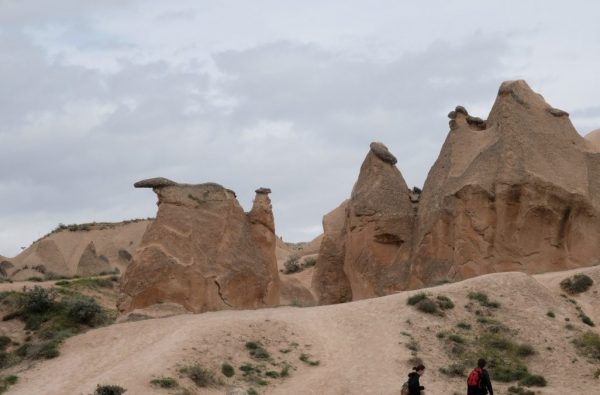 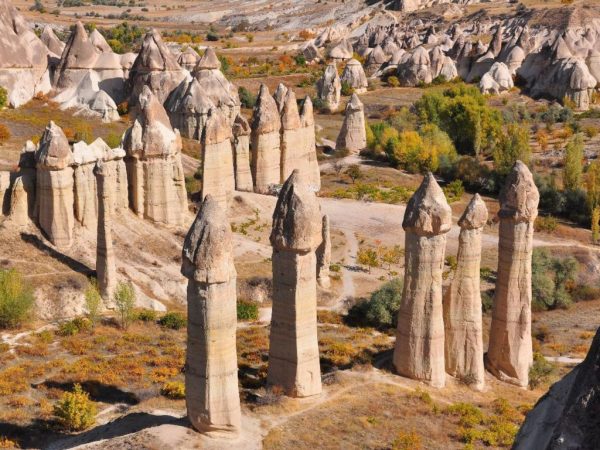 Note! All the underground settlements that are in the territory of Cappadocia, are connected with each other. One could visit each other without going to the surface.

Amazingly beautiful area, where you can spend a great time and see a lot of interesting things.