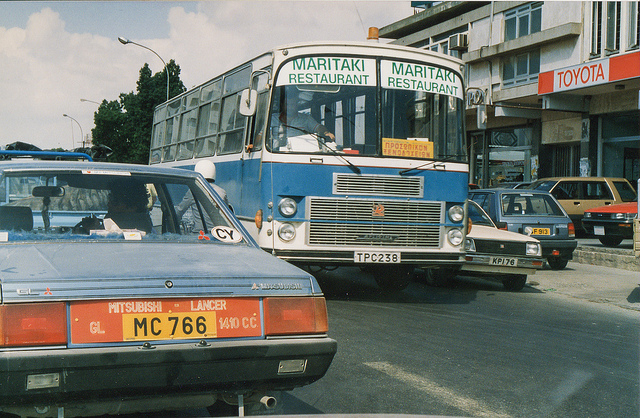 Bus transport in Paphos has a strong network of suburban and urban routes, making it easy and convenient to get around. Prices, routes and types of tickets – all the main information about buses in Paphos.

Travelling by bus in Paphos costs 1,5 euros, but there are also other fares (you can see them in the cabin of the bus, next to the driver): daily ticket, that is a pass for the whole day, passes for a week, a month and a year. Tickets are purchased upon boarding directly from the bus driver. 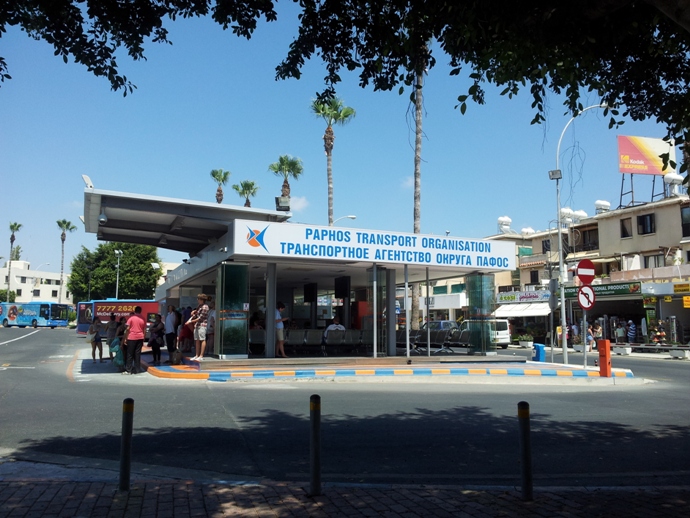 Daily ticket is often bought by tourists to see the main city or close to the city attractions. A ticket for one day costs 5 euros and is valid from the time of purchase until 23:00 of the same day. After 11 p.m. the passenger will have to buy a night ticket, which costs 2.5 euros, even if he has a pass for the week. Night routes are from 23:00 to 6:00.

Look for discounted hotels on Skyscanner Hotels. Here are the main rules for searching for hotels. 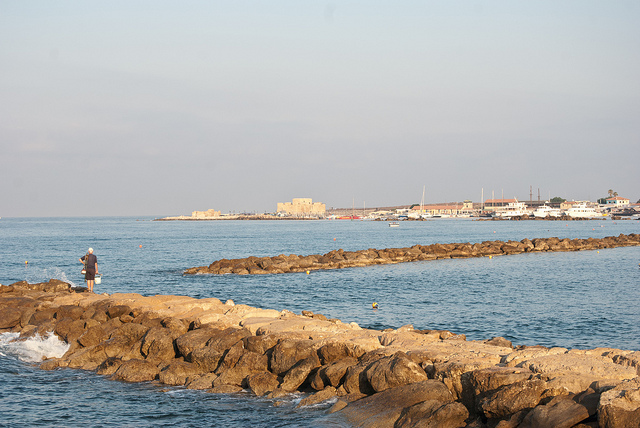 The most popular transport routes in Paphos

READ
What to see in Paphos: exploring Cyprus on your own

Coral Bay is one of the most popular beaches in Paphos and therefore the bus runs frequently – every 10 to 15 minutes. The bus runs between the harbour and the beach from 6.30am to midnight. Experienced people are advised to get not to the stop Coral Bay, and to the terminal – there and fewer people, and showers and toilets are free. The bus departs from Harbor station and the fare is 1.5 Euros. It also takes you to the Tombs of the Kings, which are just a stop away from Kings Avenue Mall.

The route connects the harbor with the city center, where the covered market is located. Tourists come here in search of souvenirs, jewelry and other gifts from Paphos. There is also a small fruit and vegetable market and several cafes and restaurants outside the market. Transportation is available every 10 minutes.

The stone of Aphrodite is a must for many tourists, because according to legend, this is where Aphrodite emerged from the foam of the sea. The bus goes to this extraordinary place strictly according to the schedule. You can also get to Aphrodite Hills by this route. In the cabin hangs a sign with an appeal not to enter in wet swimsuits and without outerwear, to which, however, few people pay attention. At the terminus, you have to walk through the underpass, which will take you to the Aphrodite Stone. At the stop there is a cafe, free toilets and showers (though, paid – 1 or 2 euros). 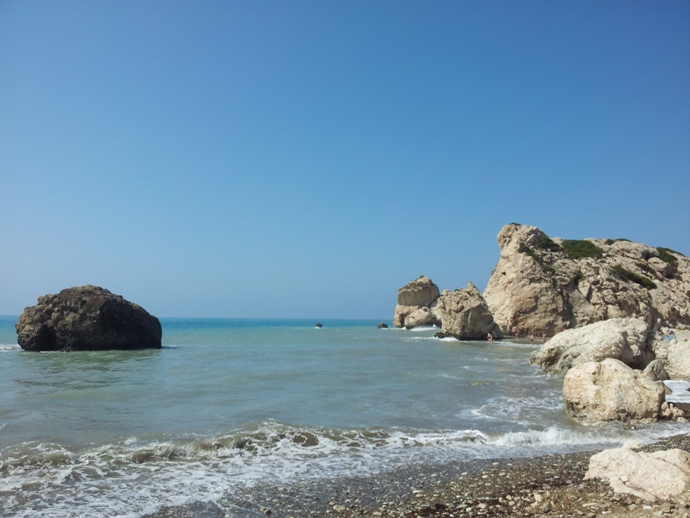 The bus travels along the coast and connects the harbor with the hotels along the beach. The interval between services is 10 minutes.

For bus timetables in Paphos and Polis and detailed routes click here:

There are also red double-decker tourist buses – Paphos Red Bus Sightseeing – running around Paphos. The buses let you see the main sights of Paphos and listen to the history of the place (in English). The ticket for such a bus around Paphos is valid for 24 hours (it costs 12,5 euros for adults and 5 euros for children). More information is available here.

Car and bike hire in Paphos

Tourists often rent a car for travelling around Paphos and you’ll see car hire shops everywhere, usually under the signs Rent a car or Car hire. It’s convenient because you won’t be able to visit Akamas or Troodos by bus. The only disadvantage is left-hand traffic. If you easily adapt, then feel free to take a rental car – so you can fully enjoy the beauty of Cyprus. The cost of renting a car depends on the brand and mileage of the car. In addition to cars in Paphos you can rent quads, buggies, scooters, bikes and so on.

In the country there is an extensive network of buses. To travel around Paphos you can use the website pafosbuses.com, where you can quickly see the number of buses of your route and the cost of a ticket (the site is in Greek and English). There you can also check the bus timetable, which depends on the season and the day of the week.

The photo shows the numbers of buses with visits to major attractions of the city and its surroundings. 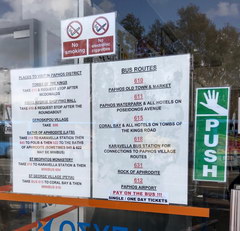 Tickets are purchased from the driver, passes at the stations. At the main bus stops there are toilets. Here you can buy a pass for the whole day or a week.

How to get to Paphos Airport

You can also travel by bus to the further parts of the island but if so you might not have to change in several hours and given the low frequency of services it might take you 6 hours for example from Pafos to Pomos by bus compared to one and a half hours by car.

In the case of visiting the mountainous and remote corners of the island, it is recommended to rent a car.

Rent a car in Cyprus

In the airports of the island there are the main European offices of car rental. The price level depends on the season (there are three of them: low from November to March, high from mid July to mid October and medium). The price dynamics also depends on the lease term and class of the car.

Tips on renting a car

Of course before you arrive you should study the prices on the website of the companies as they may differ by 2 times. The main car fleet consists of the city compact cars. A peculiarity of renting a car is that the client is tricked into taking out full insurance and reducing the deposit amount (which is 56,205 rubles = 900 EUR) and tricked into covering any previous damage (before your renting) which you did not notice during the car examination. Always look not only at the body of the car, the condition of the windows and tires, but it is also recommended to look under the car, especially in the areas of wheel arches and the bottom near them.

Greece and Cyprus are on the list of countries where rental companies frame the customer with dents made before you. It is recommended to take a detailed video of the car at the pickup. Such a detailed inspection is very unnerving for the staff, but strain and ignore it.

There is also a possibility to rent a car in the city from local agencies, the cost for the economy variant 1 062 – 1 749 RUB = 17 – 28 EUR in high season, the insurance and GPS are paid additionally. 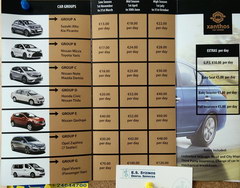