The weather in the Crimea in November

November surprises tourists with its dankness, there are small heavy rains, in the sky often gray clouds. But there are also sunny days. At the beginning of the month in the south coast during the day there can be +17+19 °С. The average air temperature in November in Crimea during the day +12 +15 ° C, at night +7 ° C. Water in the Black Sea cools to +12 ° C, no one swims anymore, but do not mind to walk along the waterfront and breathe the sea air.

The temperature in the mountains differs from the coast at 5-8 ° C. This means that on the coast it may be +12 ° C, and in the mountains at Ai-Petri, the first snow is already falling. It may not stay for long and it will melt soon, but you can already feel winter approaching. Last year, for example, snow fell on Ai-Petri already at the end of October. 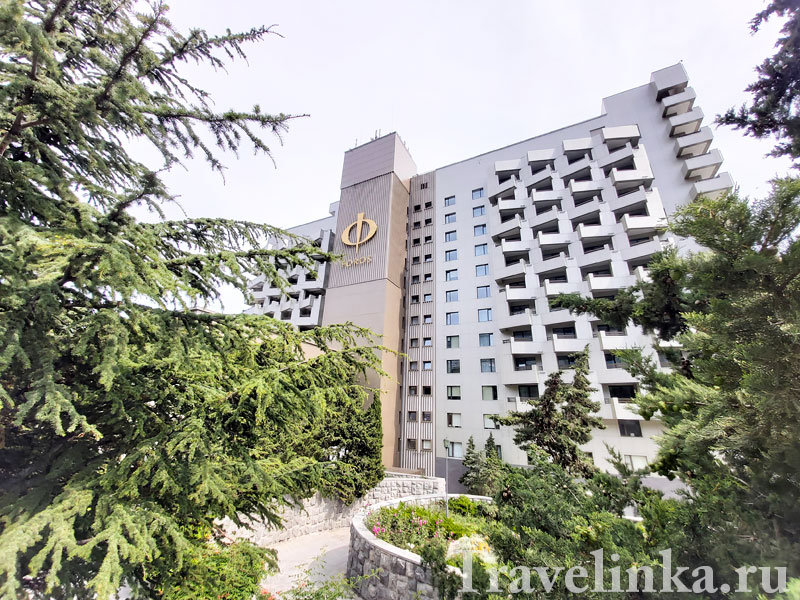 Is it worth going to the Crimea in November?

If your goal is not a beach vacation, then you should definitely go! The Crimea in November is spacious and free. There is no hustle and bustle, no queues and shouts of “corn”, “churchela. Tourists unhurriedly walk along the embankment, watching the waves in the sea, go sightseeing and undergo sanatorium treatment.

In November, in the Crimea, there is no local fruit, except for grapes – they are almost always sold. The most delicious varieties are “moldova” and “isabella”. You can also try the local apples and pears, but they are unlikely to surprise anyone.

Travel to the Crimea in November 2022.

A nice bonus – in November in the Crimea you can have a rest almost 50% cheaper than in summer. Some hotels and resorts are closed for renovation and will open only at the beginning of the tourist season in May. But those that continue to operate in winter, reduce prices to attract the few tourists. At the same time, a set of services and service does not change. This also applies to sanatoriums, which offer the same health-improving procedures, only cheaper than in summer.

So in November you can afford a higher class hotel or sanatorium for the same money. For example, a tour to the hotel “Yalta-Intourist 4 * for two will cost from 35700 rubles, “Ribera Resort & Spa 4 *” from 40900 rubles, “Riviera Sunrise Resort & SPA 4 *” from 43600 rubles. Budget hotels even cheaper: “Novy Svet” from 24520 rubles, “Miskhor” from 23570 rubles, “Ay Todor South” from 18750 rubles. All variants are specified with a departure from Moscow for 5 nights, include flight, fuel fee, transfer, insurance, habitation and a food (or without). 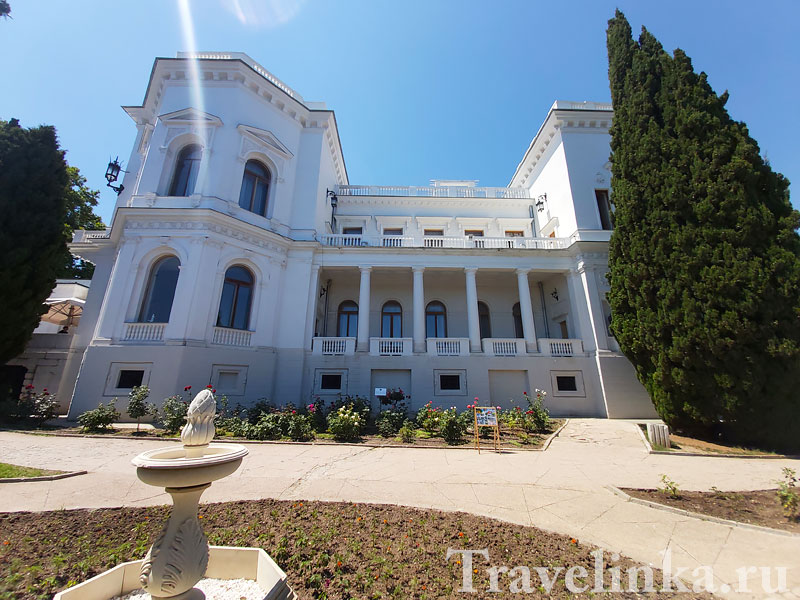 Excursions in Crimea in November

Prices for excursions in November in Crimea are reduced, as there is no big flow of tourists. At the same time, many attractions are open, you can visit both independently and with a guide. If you stay on the South Coast, there is the largest concentration of historical and culturally significant places.

You can visit Yalta, Alushta, Livadia, Alupka, Vorontsov Palace, Gurzuf, take a walk in Massandra Park or take a big tour of Yalta. It was in November in Nikitsky Botanical Garden is “Chrysanthemum Ball”. It is hard to believe, but there will be planted 360 varieties of these flowers, which are not afraid of the cold.

In November, tourists often choose to hike in the mountains. For example, you can go trekking on the Devil’s Staircase, to the top of Ilyas-Kaya and the Temple of the Sun along the iron trail to the Turquoise Lake, on Ai-Petri along the Botkin trail, go to the mysterious caves of Chatyr-Dag.

Where to go in the Crimea in November

For a vacation in November, we recommend choosing major resorts with developed infrastructure. While on the southern coast of the Crimea is optimal. There is the warmest weather in November, the most entertainment and sightseeing. In small Crimean villages will be bored, because many institutions are closed for the winter. And in large resorts there is a better chance to find places that work all year round. This is why we recommend you stop in Yalta, Alushta and Sudak . Here life does not stop even in late autumn. 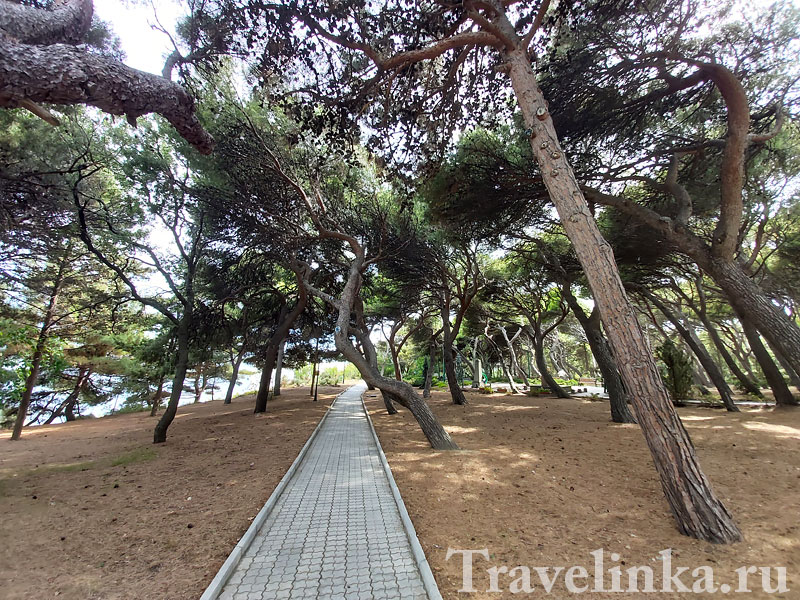 READ
Holidays in the Crimea in August 2022. Weather and prices

Now you know where to go in the Crimea in November 2022. It is no longer a beach vacation, but just a relaxation at sea, when there are almost no tourists, prices are low, and you can just walk around, unhurriedly, listening to your thoughts. Holidays in the Crimea in November will be quiet and calm, if you’re looking for that kind of pastime, it is worth going. Young people may be bored and cold. Read also about rest in the Krasnodar region in November.

Rest in the Crimea in November 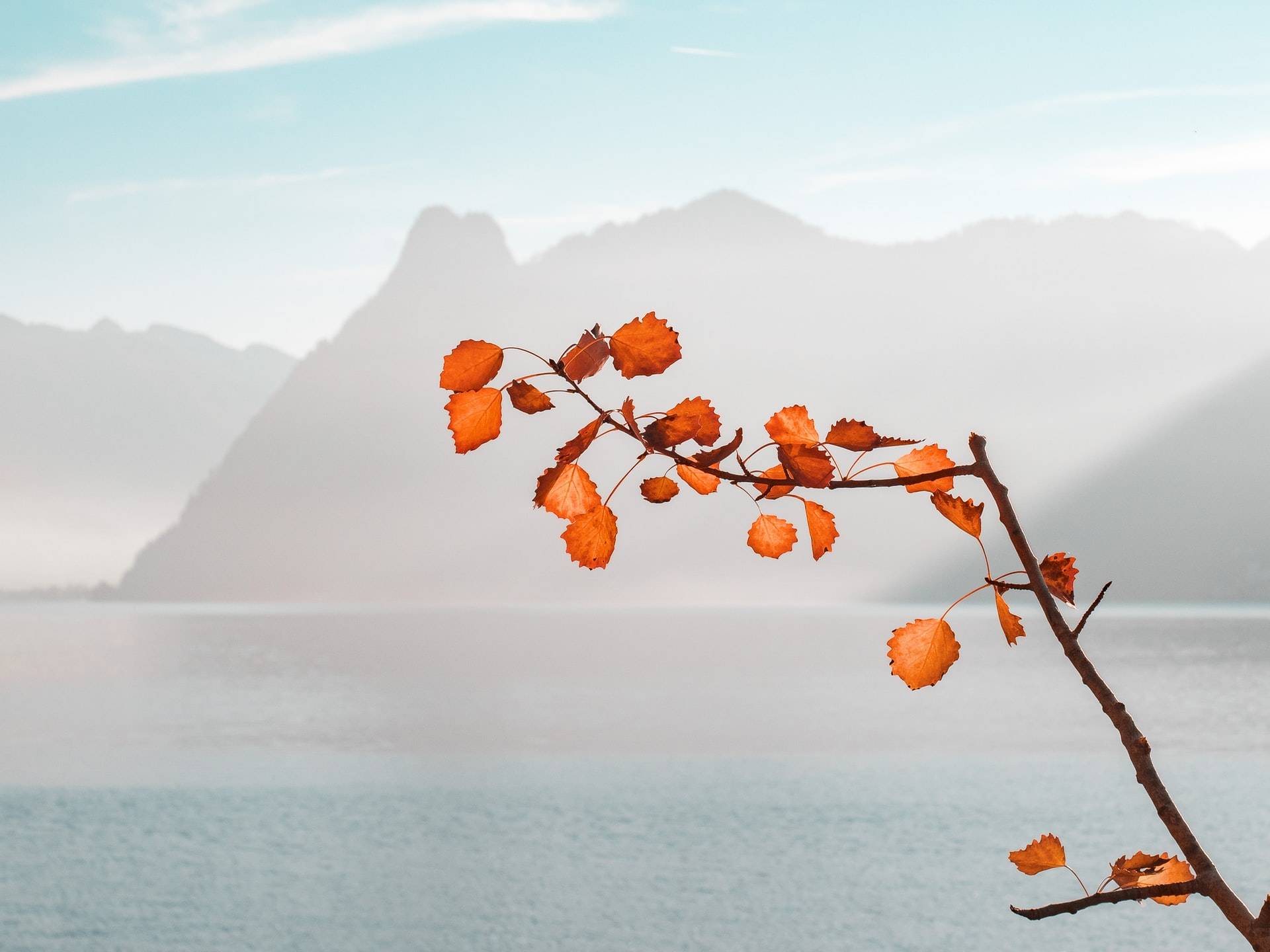 The November weather in the Crimea is not at all similar to the autumn cold and slushy weather in Russia. Find out why you should go in November 2022 to vacation in the Crimea, what the weather is like and how much the tours cost.

In November in the Crimea the real autumn begins. The beginning of the month pleases with warmth and sunshine – for example, in Yalta in November 14 cloudless days. The sun is not so hot. You can’t get a tan, but you’re welcome to bask in the warm rays. Nice Indian summer!

By the end of November the weather turns bad. At nights it gets cold – the temperature drops to +4 °С. Is it cold or not? It all depends on what you plan to do. To be on the beach for a long time is uncomfortable and chilly, but for hiking in the mountains and bus tours November weather is acceptable.

Table of air temperatures by day and night in November:

ELENA99: “The air temperature and sea temperature was perfect for us. In summer it is noisy and lively, but in November – the silence and peace.

READ
Kerch as a test: a storm at the crossing

The swimming season in November is closed, and the beaches in Crimea are empty. Go into the water at a temperature of +10 … +12 ° C dare only the true brave ones.

According to reviews from tourists in November in the Crimea is nice to stay in a hotel or guesthouse where there is a pool with heated water. No matter what, but still a substitute for the sea! Sanatoriums with sea water and heated pools are in Saki, Sudak, Evpatoria, Yalta and Gaspra.

The table of water temperature in November:

Alexander: “We went on vacation to the Crimea from 1 to 10 November. In the Crimea, just wonderful nature and its attractions: the huge rocks, caves and sea. Beaches are different. There are wild, and there are equipped with the latest technology.

Eugenia Voroshilova: “Weather is comfortable for walks in the mountains and sea coast. The Black Sea is not the epicenter of bathing. Water temperature is not higher than +12 ° C.”

How to dress for the weather

According to tourists’ reviews, the weather in the Crimea in November is changeable. The evenings are cold, so put more warm clothes in your suitcase. In addition to the sweatshirt, long pants and a sweater, take a light jacket, a knitted hat and gloves. An umbrella or raincoat will save you from the rain. It is better to take closed shoes – sneakers or trekking boots.

READ
How to withdraw cash in Crimea without commission

The Crimean autumn is not as rainy as ours. For the month there are only 3 rainy days with about 55 mm of precipitation. At the end of November in the Crimea the winds become stronger. Gusts up to 25-28 m / s disperse large waves, and the coast is hit by storms.

Local authorities notify residents about the bad weather and announce a storm warning. During severe storms fishermen and boats with vacationers do not go out to sea. Tourists are asked not to leave cars in dangerous areas, not to approach power lines, billboards and old trees.

There are no swimmers on the beaches, so the elements are not dangerous for people. On the contrary, many people come to the autumn Crimea to take pictures or video of the raging Black Sea, the white foam of the surf, and the clouds hanging over the gray cliffs. 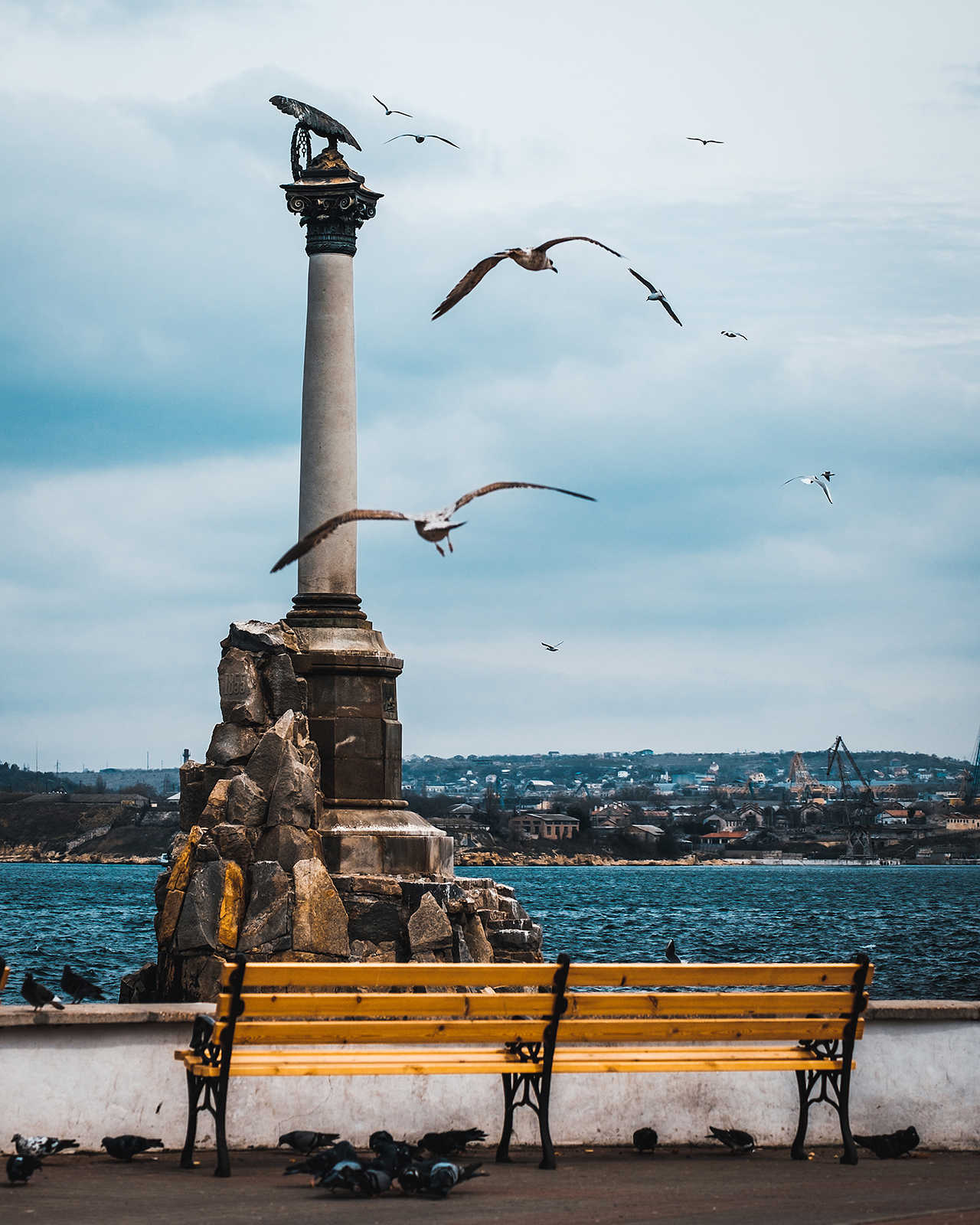 Prices of tours in the Crimea in November 2022

At which resorts is it cheaper to rest in November? Compared with summer, prices in November in the Crimea are lower by 20-30%. So you can count on a budget rest!

The cheapest tours for two people for 10 days with a flight from Moscow cost from 29 thousand rubles. Cheap tours offer in Alushta, Simeiz, Feodosia, Yalta, Koktebel, Sudak, Evpatoria, Saki and Bakhchisaray. Rest in resort hotels, boarding houses and resorts with meals “all inclusive” will cost from 66 thousand rubles.

See actual prices for tours in the Crimea in November:

Rest with children in November

According to parents reviews, holidays in the Crimea in November – a great solution for school vacations. Children are happy to walk in the fresh air by the sea, go on excursions and see the sights of the Crimea.

READ
The truth about Mezhvodnoe. Reviews about rest and prices - 2022

Be sure to rent accommodations with heating! In summer rooms will be cold and uncomfortable. A good variant is to rent an apartment from the locals or stay at a year-round boarding house or a sanatorium. 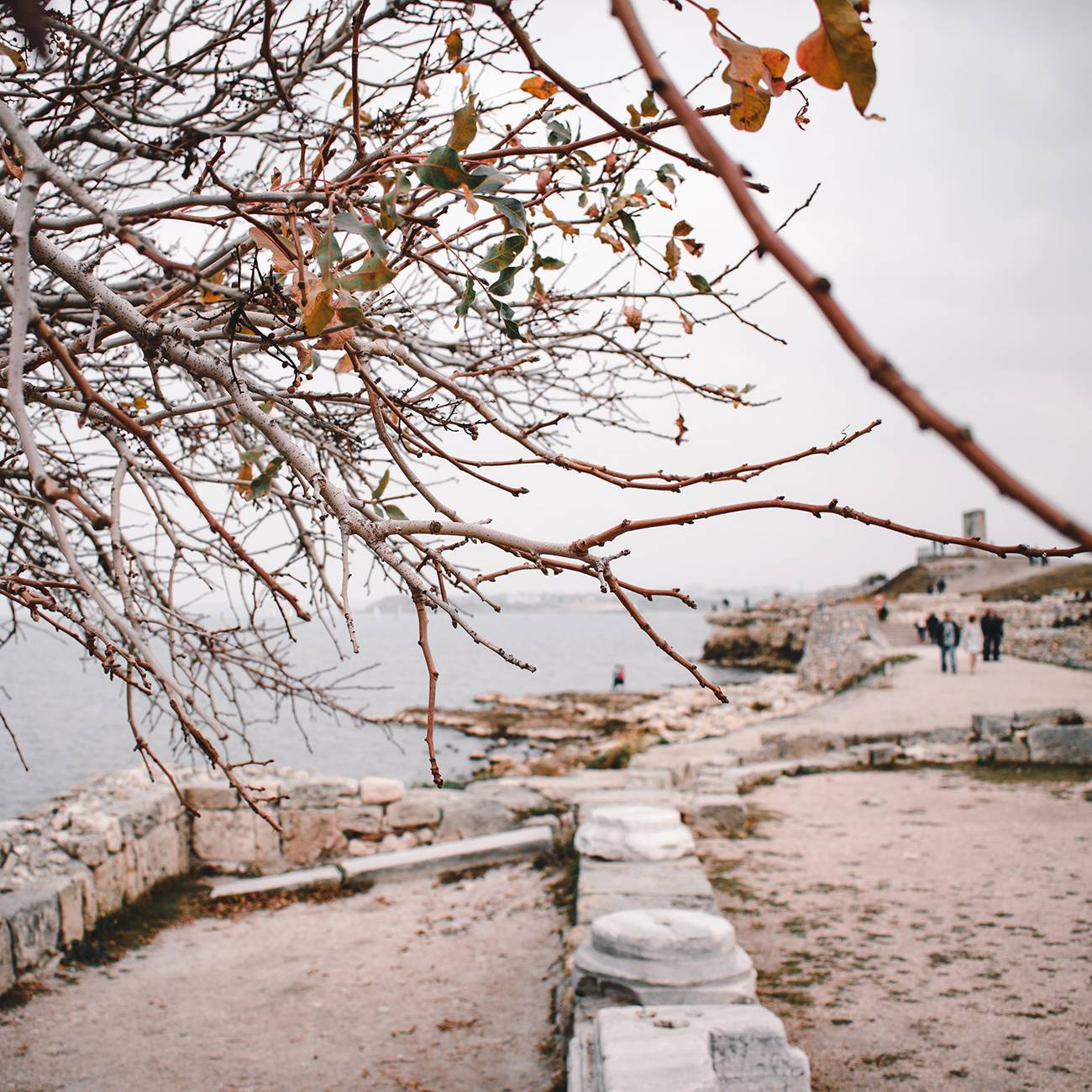 Is it worth having a vacation in the Crimea in November?

Autumn off-season in the Crimea has its advantages. In November the weather on the peninsula is pleasant, not hot. The air is clear and fresh. At all who have arrived on rest from a midland of Russia, from the North, the Urals or Siberia, acclimatization passes easily. A significant plus of travel in the autumn is low prices for tours and rent.

There are no tourists, and therefore you will have a rest in silence. You will not have to stand in queues at museums and storm the crowded public transport.

In autumn the infrastructure of Crimean resorts freezes until next season. Cafes on the embankment, nightclubs, amusement rides and karaoke bars are closed. The choice of hotels is less than in summer. Owners of small hotels and guest houses are engaged in repairing and do not accept tourists until spring.

You will be able to see and enjoy the sea only from the beach, because the swimming season is over. But you can spend time in Crimean restaurants and bars, go for a walk and get acquainted with the new places of the Crimea by yourself or on excursions.