How to get from Paris to Versailles

The distance from Paris to Versailles is 22 km . To get to the city – and one goes there to visit the famous Palace of Versailles – you can take buses, various trains, cabs and cars.

Note that the palace is open every day except Monday, but the park and gardens can be visited any day, and for free.

The following advice is how to get to Versailles from Paris on your own and how long it will take.

There are three train stations in the city of Versailles. The closest to the palace is called Versailles Château Rive Gauche. The distance to it is 1 km, so about 10 minutes on foot. The railway stations Versailles Rive Droite (slightly north) and Gare de Versailles Chantiers (this one is slightly south) are about 1.5 km away (16-18 minute walk).

Return tickets should be bought in advance to avoid the queues (important for the high tourist season). 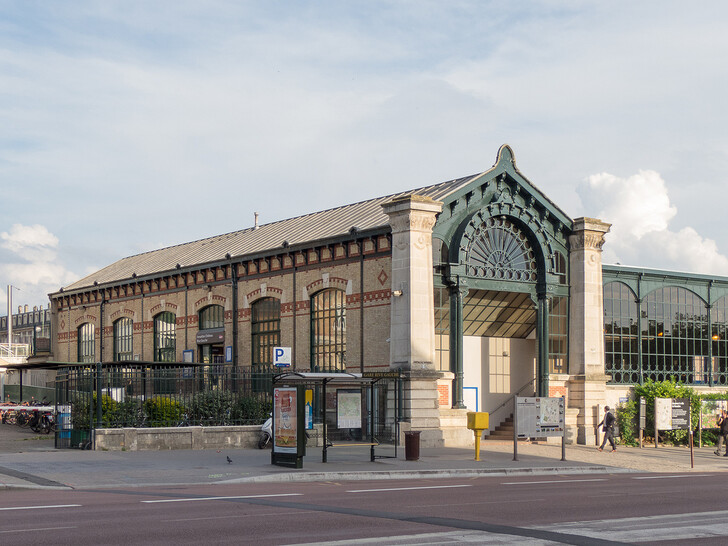 Versailles Château Rive Gauche. The station is served by RER trains (high-speed commuter trains of Paris) of Line C. This line is operated by SNCF – the French National Company of Railways. From the station to the main entrance of the Palace of Versailles – 10 minutes walk. Fares are based on the fare selected.

Versailles Rive Droite. This station is reached by the suburban trains (Transilien) of the Line L, which depart from Gare Saint Lazare. Operator is the same SNCF. Travel time is 40 minutes.

View the train schedule on the website transilien.com. There you can also plan your route from any point in Paris.

The departure point is Port de la Bourdonnais on the banks of the Seine near the Eiffel Tower. Here’s a view of it from Google Maps (2018):

The cost per round-trip is 24 to 52 euros. The price may include an entrance ticket to Versailles and a number of extras and options. Children under 9 years old are free when accompanied by an adult.

READ
How to get to Paris cheaply

Shuttle schedules and tickets are available at chateauversailles.fr. 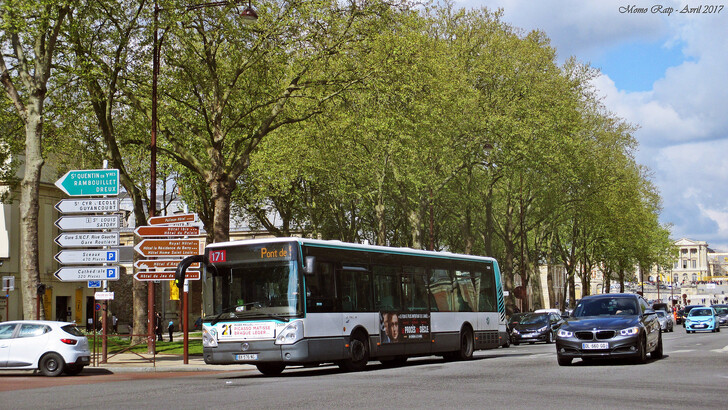 Bus no. 171 . The RATP bus (which runs public transport in and around the capital) travels between the Pont de Sèvres subway station (line 9) and the Palace of Versailles. Travel time is 30 minutes if there is no traffic jam. It stops almost at the entrance. This bus is subject to the fare of your choice for public transport, such as the one-time Ticket t+.

The timetable and routes of the city buses are on the website ratp.fr.

We recommend to read the article about public transport in Paris, which will make clear how much it costs to travel by train, suburban trains and buses, and how to buy a ticket: “Transport in Paris.

The city of Versailles and the castle of the same name is very easy and fast to reach by cab. Pre-booked and already paid transfer is the best option for companies travelers, families with small children, low-mobile tourists, organized groups.

The price of a cab from Paris to Versailles depends on the route length, interior capacity, the comfort level of the chosen car (economy, business). Thus the cost is fixed and won’t change after the payment.

The driver will meet passengers at an appointed time and place. Please fill in the offered fields carefully and don’t forget to specify your contact information. The phone number must be available in Paris.

KiwiTaxi will help you find a suitable transfer:

READ
Where to eat well and cheaply in Paris

From Paris to Versailles by car

We will take the Louvre as a starting point, the Palace of Versailles as an arrival point. In this case the distance from Paris to Versailles is 21 km by the shortest way through the Eiffel Tower on highway A13. The trip will take about 30 minutes.

The navigator may suggest an alternative – through Boulogne-Billancourt and the Meudon Reserve.

See below for a step-by-step description of one of the routes:

READ
How to get from Paris to Disneyland - all ways

We also recommend you to read our thematic material with a lot of useful information: “Rent a car in France

The Paris-Versailles route is quite popular, so it’s not difficult to find a traveling companion. The trip in the passenger seat promises to be easy and pleasant. Especially lucky if the driver turns out to be a local.

✔️ Cashback of 2% when booking Rail Tickets on Yandex.Travel.

✔️ Cashback 4% when you book a car with Localrent. Cars from local rental agencies in popular resorts: Turkey, Crimea, Sochi, Georgia, UAE, Armenia and many others. Accept cards MIR.

✔️ Russian guides and excursions around the world. Transfers, photographers services and much more.

How to get from Paris to Versailles – all ways 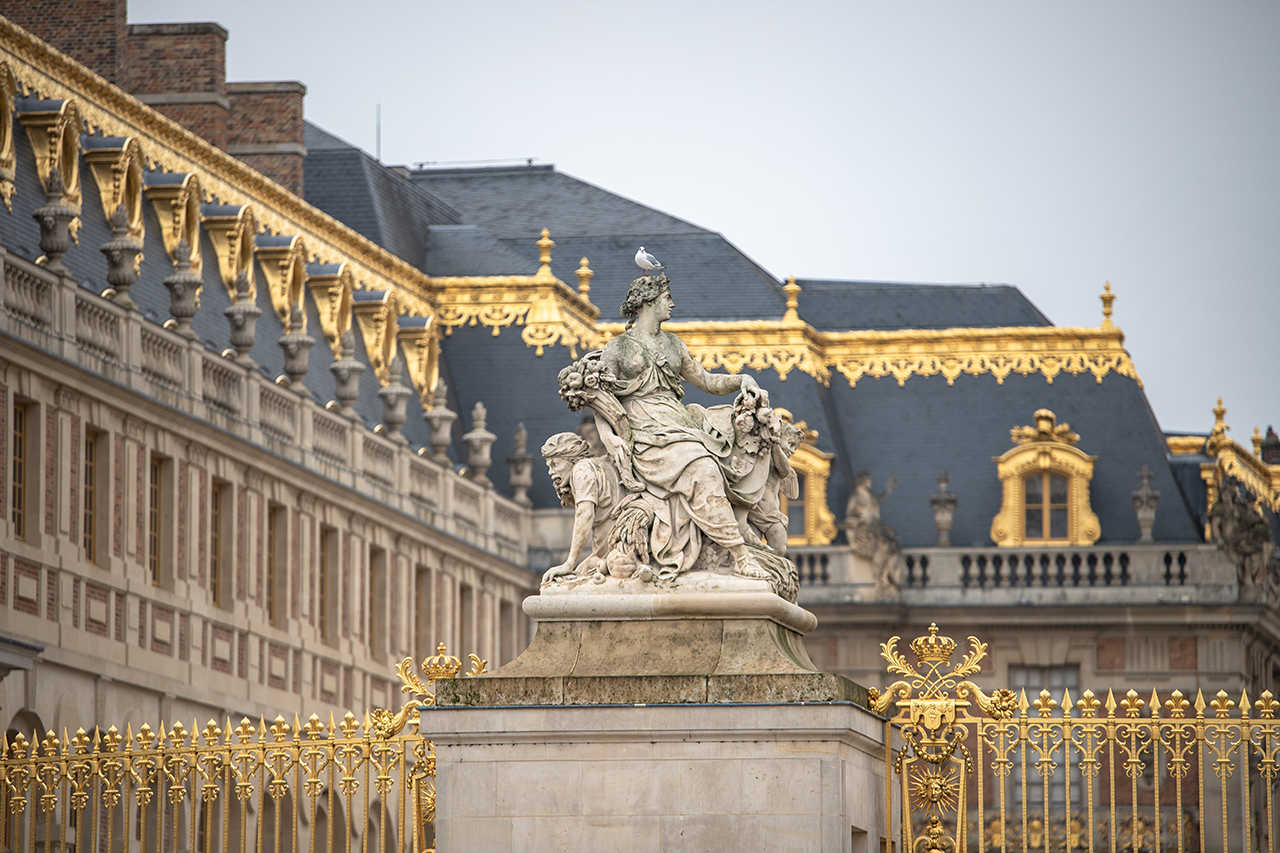 Learn about all the ways to reach Versailles from Paris by yourself. What’s the cheapest way to get to Versailles? Schedules, station names, excursions and fares. Where to buy tickets?

How to get by train from Paris to Versailles

From the French capital to the famous palace suburb is 20 km. Very comfortable to get from Paris to Versailles by RER . You can get at any convenient place, such as the station Musee d’Orsay, or Gare d’Austerlitz, and for 40 minutes to get to Versailles Rive Gauche. From there it takes 10-15 minutes to the palace gates.

READ
Paris airport: how to get there

Where to buy a ticket . Tickets for RER trains are bought at ticket booths and green vending machines, which are available at every station of the Paris Metro Line C. Get your tickets back right away, and you won’t have to queue twice. RER tickets cost 7 euros each way. The same tickets for SNCF trains will cost 6 euros.

You will get two tickets. The first will be needed to pass the turnstiles at the arrival station, the second – for the return trip. 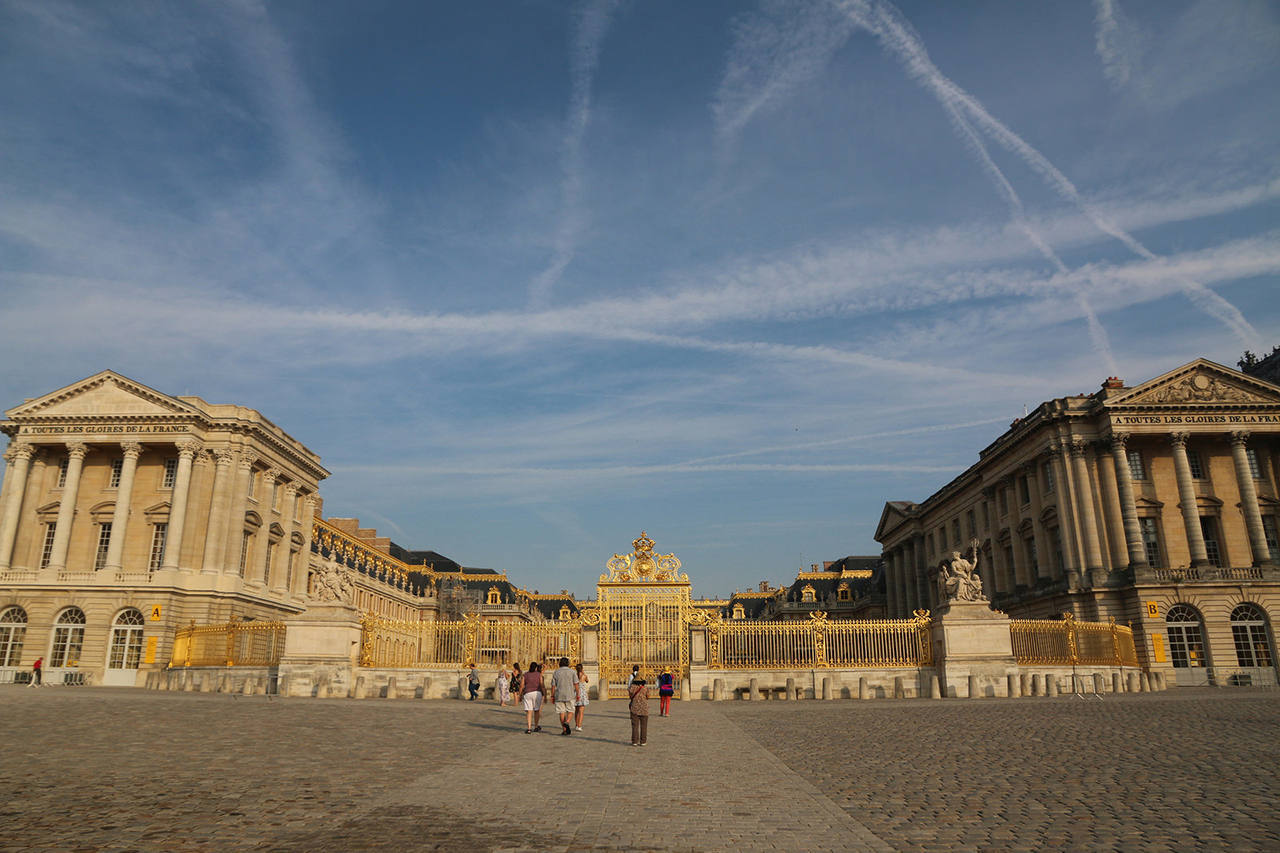 How to get by bus from Paris to Versailles

If you are looking for a cheap option, take a bus from Paris to Versailles. From the metro station Pont de Sevre, which is on line 9, bus number 171 goes to the Place d’Armes. It makes several stops en route and takes 30-40 minutes to get there.

Where to buy a ticket . Tourists and Parisians buy tickets at ticket booths and vending machines at metro stations. The fare will cost 4.8 euros. Do not forget to stamp the ticket before boarding!

Tours from Paris to Versailles

Look for author interesting tours on Tripster. Individual and group, without crowds of tourists and in Russian. 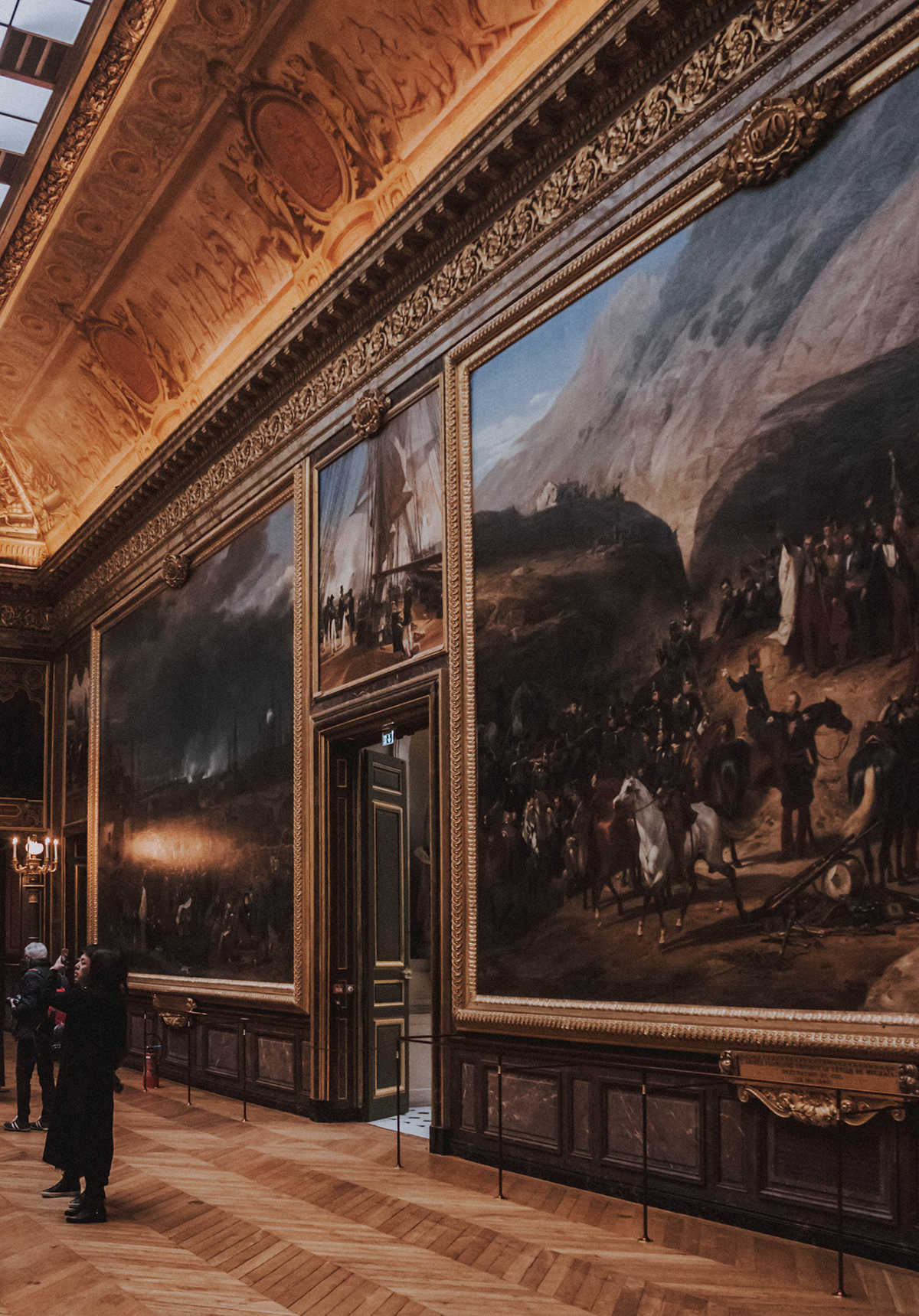 Many tourists like to travel in comfort, but do not want to spend extra money on travel. A not bad way to get from Paris to Versailles is to go with hitchhikers and share all expenses with them. We often look for bargain rides on the popular service BlaBlaCar. To see offers from drivers, enter the route, the desired date and time.

Cabs from Paris to Versailles

The quickest way to get there is by cab. You won’t have to search for the right stops, waste time waiting for buses or trains, and get to the palace in 30 minutes in comfort.

READ
How to buy a ticket to the Eiffel Tower. How to save money?

Order a cab from local carriers or on KiwiTaxi It will cost 68-70 euros. If you divide the cost for three or four people, it’s not that expensive.

For a trip with children or a group of friends it is convenient to rent a car. Rental agencies operate at any airport in Paris, at railway stations and in the city. Rental car of economy class in Paris costs from 30 euros per day. Rent at the airport is cheaper. There is a large paid parking lot near the palace. You have to pay 5 euros for the first two hours and 12 euros for 8 hours.

How to save money . It is advantageous to take a car for several days. You will not only see Versailles, but also make an interesting auto-trip around the outskirts of Paris. Learn all the nuances of renting a car abroad. 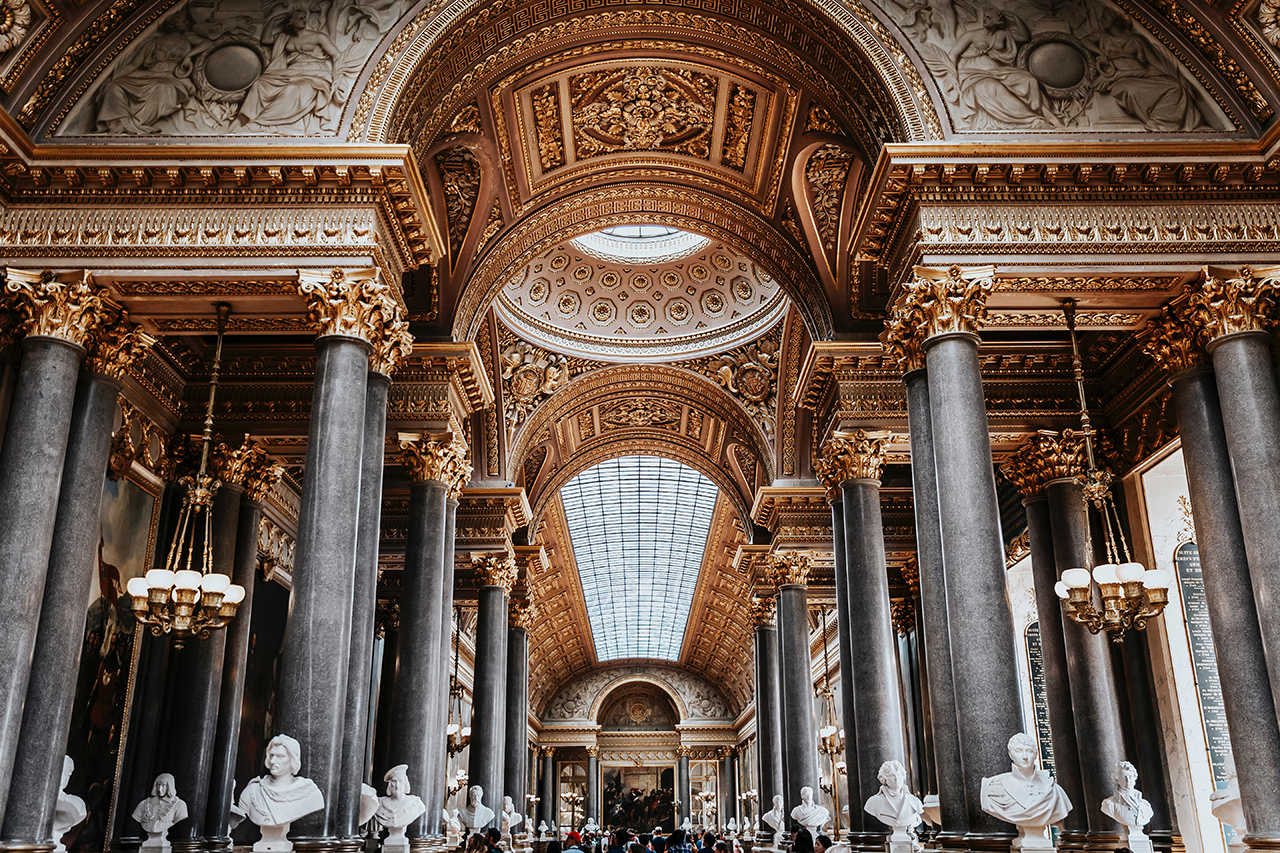 There are dedicated bike lanes in and around the French capital, so a bike or electric bike ride from Paris to Versailles looks very appealing.

The best way to get from Paris to Versailles

The most popular way to travel is by electric train. Parents with children, students and anyone who wants to save money take buses from Paris to Versailles on their own. Fare on them is cheaper than the trains. Many buy tours and get to know Versailles with the help of an experienced guide.

The fastest and most comfortable way to get from Paris to Versailles is a cab. True, the trip comes out pretty expensive.

With children or in the company of friends is more comfortable and easier to get by rental car. You choose your own comfortable pace and make stops wherever you want. 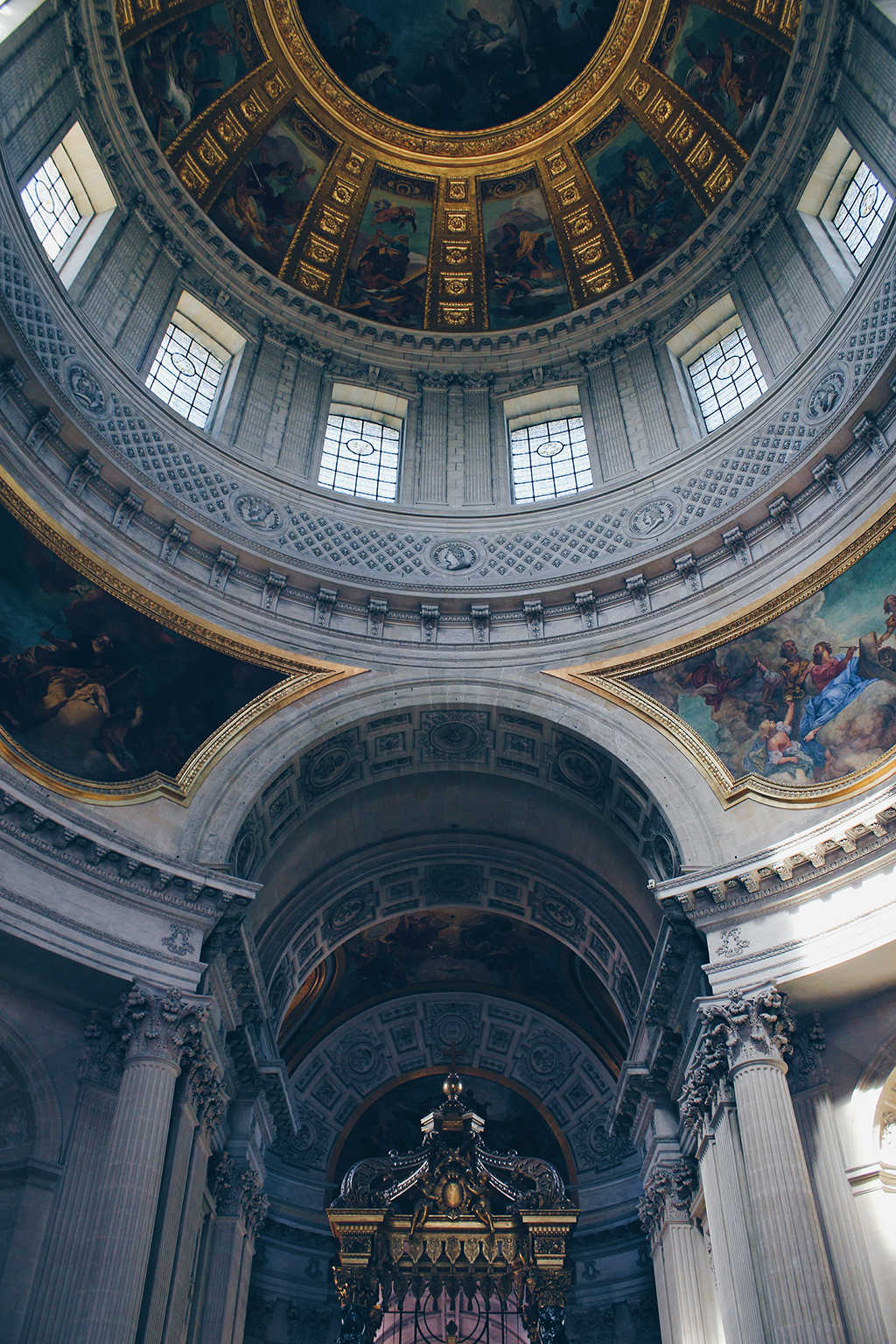