Weather in Turkey in February 2022: air and water temperature

The weather in Turkey in February does not please tourists or locals: high cloudiness, gusty and cold winds , heavy rains .

Neither walking, nor visiting tourist attractions does not bring pleasure. If you go to Turkey in February, then only at ski resorts: Palandoken, Uludag, Sarykamysh, Mount Tahtali.

Air temperature on the coast

During the daytime in the south of the country the temperature can jump up to +16°C, for example in Alanya. Even with such a warm daytime temperature the weather is not good, the sky is almost all the time covered with heavy gray clouds.

Where is the warmest in Turkey in February?

The warmest is on the Mediterranean coast, the daytime temperature can reach +16 ° C, but at night it is quite cold +7 ° C. However, I would not call it comfortable, even with relatively high temperatures.

The sky on the coast is always covered with clouds and it often rains heavily with a gusty wind. So if you choose a region for a holiday in Turkey in February, it is better to pay attention to the center of the country or the mountains.

Despite the fairly warm temperatures on the coast, February is still considered the coldest month of the year. On the mountains, in Palandoken, the temperature can drop to -12°C at night.

Water temperature: Can I go swimming in February?

Fluctuations in temperature are also observed in the seas. In the Black Sea, the water temperature is no higher than +7 ° C, in the Mediterranean Sea – +17 ° C. The strong waves, rain and wind do not allow for walks along the coast. So if you are planning your vacation at the coast of Turkey, choose the south or west coast of the country, where it is less windy.

Where is the warmest sea?

The warmest sea is the Mediterranean Sea: Antalya, Alanya, Kemer and Side. If you’re going to the Aegean coast, you’d better prefer Fethiye and Marmaris, where the water temperature is +17 ° C, compared with Izmir, for example, where the water is no higher than +14 ° C.

The weather in Turkey in early, mid and late February

February is the harshest month in Turkey, with wide fluctuations in temperature and accompanying strong winds and cold rains.

READ
7 best excursions from Side: prices 2022 and description

I strongly recommend not planning a holiday in Turkey in early February, especially on the coast . The average temperature during the day is +14°C and at night it is +5°C . Minus temperatures are found only in the mountains, in Erzurum -9°C.

By mid-February, the thermometer rises a degree or two, but gusty winds and rain still persist. Therefore, this warming by a couple of degrees is not felt at all. On the Mediterranean coast: Alanya, Fethiye, Kemer, Dalaman, Tekirova, low clouds do not let the air get warmer than +16°C during the day and +7°C at night.

At the end of February there are a little more sunny days. The coldest weather among the Turkish coastal resorts is in Cesme and Izmir, the air temperature does not rise above +12 ° C during the day and +4 ° C at night. And the warmest nights are in Bodrum, the temperature is +8 ° C.

Weather in the Mediterranean Sea in February: Antalya, Alanya, Kemer, Side

The warmest at this time of year is undoubtedly the south coast. But the cold gusty wind blows in all regions of the country, including the Mediterranean coast. Also often strong waves in the sea, the water temperature is +17 ° C.

On the Aegean coast it is a bit colder than in the south of Turkey. The air temperature during the day +13°C, at night +7°C.

The weather in Fethiye, Marmaris, Kusadasi is the warmest on the west coast. The air warms up to +16 ° C. The coldest days are Izmir and Cesme, with daytime temperature no higher than +12 ° C and nighttime temperature +4 ° C.

By the end of the month the winds and rains subside, so long shopping, city walks and sightseeing are much easier to bear.

The weather in the first half of February on the Black Sea coast is not the most unpleasant. The daytime temperature is on average no higher than +8-9°C, while at night it is +3-4°C. And in the second half of the month there are more sunny days. On average, 7 clear, cloudless hours a day.

Weather on the Sea of Marmara in February: Istanbul, Yalova, Tekirdag

What attracts tourists to Turkey in February is discounts. Prices in stores compared with January are very attractive.

The lowest temperatures in the country are in the mountainous regions. In Palandoken the temperature is -2°C during the day and -11°C at night.

Despite the low temperatures, holidays in the mountain resorts of Turkey in February are wonderful. Uludag (150 km from Istanbul), Palandoken (5 km from Erzurum), Sarikamysh (53 km from Kars), Kartalkaya (225 km from Istanbul), Saklikent (50 km from Fethiye), Erciyes (20 km south of Kayseri), Tahtali Mountain (13 km from Kemer). The duration of the day increases as well as the number of sunny days.

In addition the snow cover is higher and stronger, so skiing will be more comfortable compared to January. Even on overcast days it is good here, as the sunlight does not blind the eyes, reflecting off the snowy white covers.

Reviews of tourists about the weather in February

If you are thinking about a trip to Turkey in February , I recommend considering the mountain resorts. Despite the fact that the temperatures there are the lowest in the country, the conditions for skiing and snowboarding are most suitable.

The ski resorts of Palandoken, Uludag and Sarykamysh will appeal to tourists at this time of year. However, if beach holidays are more your thing, then trips to Antalya, Alanya, Kemer will not be a good option for you in February.

Read a full review of holidays in Turkey: which month it is better to go, what currency to bring, what to bring and much more in one article

Climate and weather in Turkey in February, sea temperature and rainfall

It’s no secret that Turkey’s resorts are the most visited and most loved by Russians. But this is in the summer and autumn period, but in winter, not many tourists rush to the country, because the weather in Turkey in February 2022 is the coldest of the year. The water temperature in the sea also has the lowest values. Therefore, neither swimming, nor even go near the sea will not work. If you decide to fly to Antalya or Kemer, then look what awaits you there. 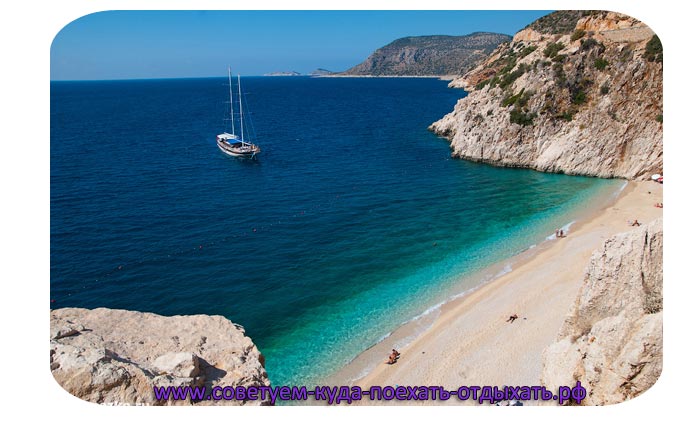 February in Turkey is not the best time to rest. Even for excursions it is better to choose another month, because in late winter it often rains. The sun is very scarce and the rare appearance of sunlight in the sky immediately encourages people to go out. It is impossible to go near the sea: strong winds raise waves that hit the shore with great force and splashes of cold water are scattered for dozens of meters in the area. Still want to go to Turkey at this time? Let’s see which resorts are the best. 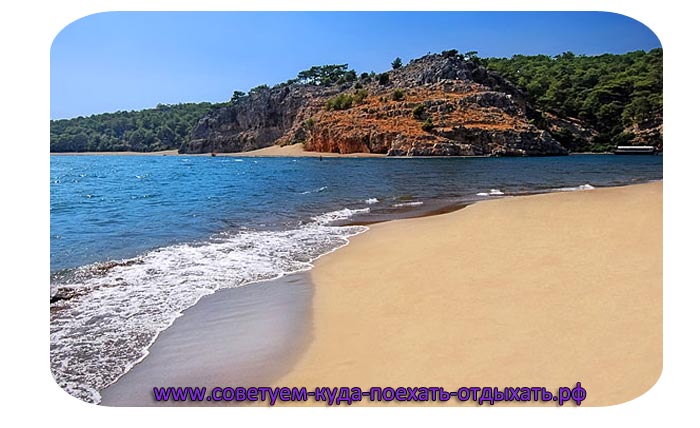 Perhaps the most popular resort in the country among Russians is Alanya. In February it is not much different from the overall weather picture in Turkey, but there are differences. For example, there is not such a strong temperature difference between day and night. If the daytime air is heated to +16 degrees, at night it is a little colder, about +13 degrees. It rains not very much. According to statistics there are only 2 completely rainy days. And the total rain can start up to 10 times a month with more than 50 millimeters of precipitation. The water in the sea is totally unsuitable for swimming, and its temperature is not more than +17 degrees. The high waves do not even allow you to get close and touch the sea water. And whether it is worth it to do in such icy water?

The weather in Antalya at the end of winter is very different from that of Alanya. There are very noticeable temperature differences at different times of the day. The temperature at nighttime is dropping to +2 +4 degrees, but if you decide to go for a walk in the evening, you can’t do without a warm jacket and a hat.

Take a map of Turkey with all the resorts and hotels on the coast. And look at the prices in the country this year, and where you can buy goods cheaper.

In Kemer is almost a real winter! During the day the air can get up to +13, but more often the thermometers read +9. At night the air cools even more and you can not see above +4 degrees. The low air temperature almost does not affect the water in the sea, which has a value of +17 degrees. There is a lot of rain in Kemer this month, there can be up to 6 rainy days. At the same time, it often rains for a day or more. During February, the rainfall here is 70 millimeters.

Where best to rest in Turkey in February

The country has dozens of resorts that are happy to accommodate tourists not only from Russia but also from other countries. In February, none of the resorts can not rest. If only to stay constantly in the hotel and enjoy the entertainment offered: indoor pool, spa salons, sports games. Look at the summary table and decide where it is best to rest in Turkey in February. 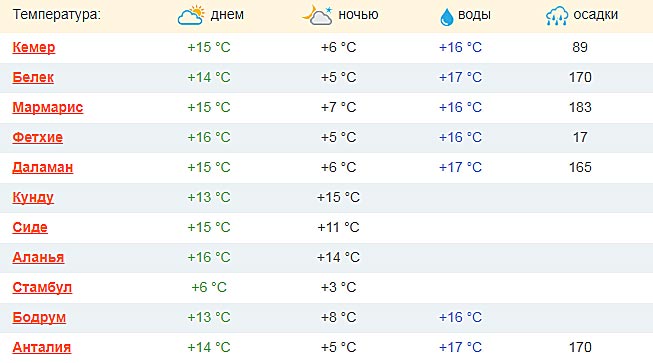 Reviews of tourists about the weather in Turkey in February

Do you still have doubts? Then read the reviews of tourists who vacationed in Turkey in February and how everything went. 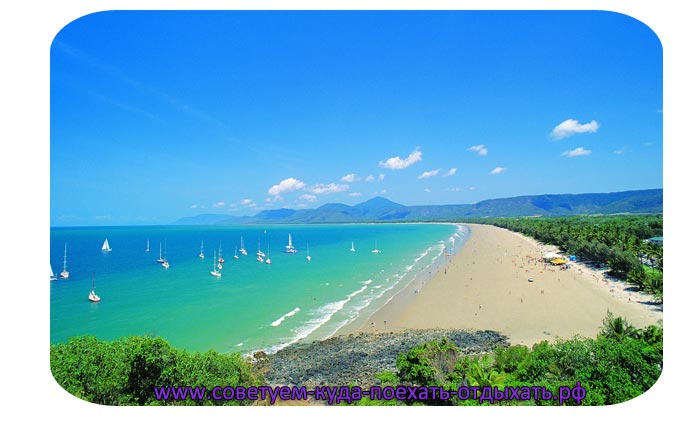 “Winter in Turkey is a peculiar holiday. You can not swim in the sea, because the country is only associated with the sea. But a lot of free time for walks and excursions. But there is another side: the rains and the cloudy weather. Not very comfortable to go on excursions, when it pours from the sky, and the weather is so awful that you want only to sleep, and nothing more. So think a hundred times before you go here in winter. 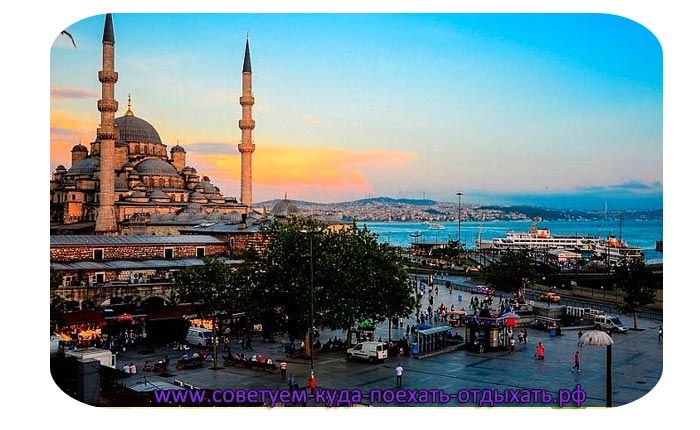 “It was a dream come true – I went to Turkey in February. Of course, the dream is so-so, but after so many years of traveling to the country in the summer, I really wanted to see the familiar places in winter. Everything is completely different here. There is no one on the beach. Only seagulls fly in search of food. Hotels are half empty, there is no greenery and everything around is somehow dreary. Plus, as it turned out, it rains a lot in February, and without an umbrella and warm clothes here can’t do without. In general, it’s better to go to Turkey in summer, to the beach and the sea”!