Mardakian – the Pearl of Baku by the Sea 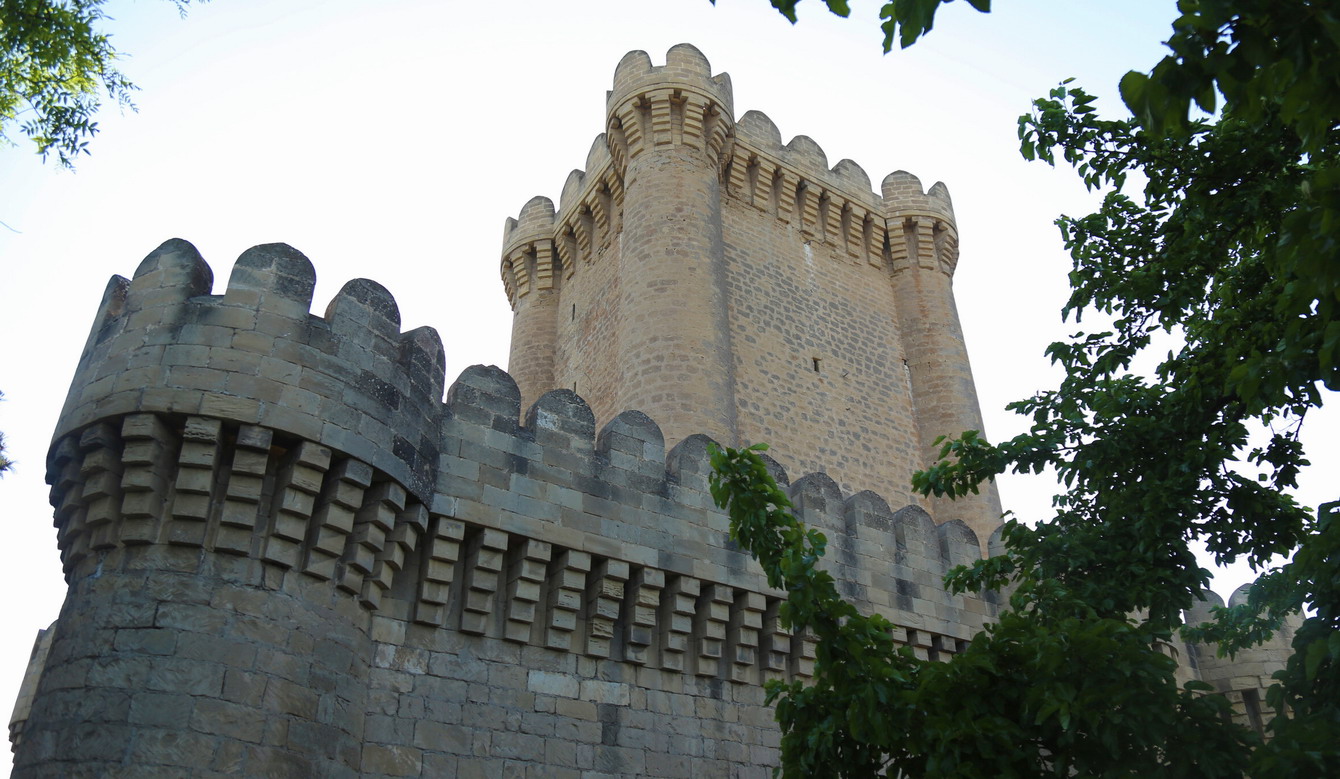 Mardakan is a small town in Azerbaijan, which is located near the capital of the Republic. It is quite a popular tourist destination and a great seaside climatic resort, characterized by clean beaches, well-developed infrastructure and a decent list of interesting places to go in order to diversify your vacation.

Mardakan resort on the map

Mardakan resort is located 34 km from Baku railway station, only 10 km from the nearest airport, on the coast of Absheron peninsula. They are of interest to tourists because of the numerous landscaped sandy areas on the shores of the Caspian Sea. Are a historical suburb of the capital. Many people call the village a health resort, as there are several sanatoriums providing paraffin therapy, spa, naphthalene treatment and mud treatment. It is worth noting that during the Soviet era, the direction was an all-Union health resort. 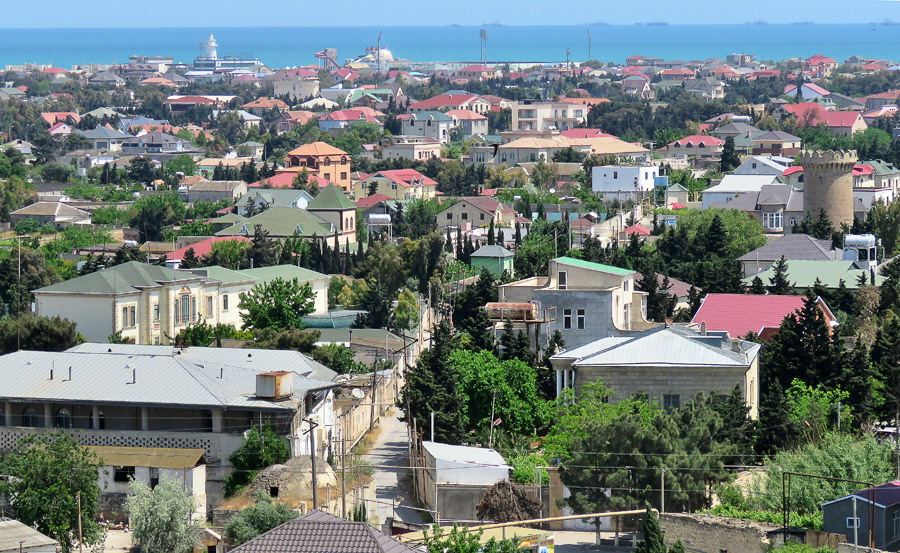 View of the village from the Mardakan fortress

As for weather, the climate in Mardakan, as in all Azerbaijan, is mild, semidesert, continental. The most favorable time for the trip is considered the beginning of summer, namely the period from late May to July. Toward the end of July the temperature is above 30 degrees and those people who do not perceive the heat, it becomes uncomfortable. Quite often there are strong winds that also often cause discomfort. As for sea temperature, by the end of May it has time to warm up only to +22-23 degrees, in June to about +25, and from mid-July to the end of August is heated to +26, and in some places up to +28 degrees.

Rest here is generally focused on Baku residents, but in recent years the village is attended by an increasing number of guests from neighboring countries, including Russians. For tourists from the Russian Federation to enter the border of the republic is facilitated. If you stay in its territory for less than three months visa is not required. But you should keep in mind that travelers with Armenian surname or Armenian citizenship are not allowed to enter. Also, entry can be denied if your passport has a stamp on the visit to Armenia.

The resort has a long coastline with the cleanest and snow-white sandy beaches in the region. Here guests can enjoy both free and paid sections with all necessary infrastructure and amenities. Local beaches are considered the most popular among young people and families with children. Everyone can find here non-boring options for recreation and leisure.

In terms of purity of sea water and sand this coast is the best, which is why it is quite crowded. Considerable shallow water, shallow entrance to the sea and the absence of high waves allows you to come here even with very young children. In the season here quite a lot of people, which can be called the only disadvantage of the resort. Otherwise, it is beautiful and worthy of attention.

In total, there are about ten well-appointed beach areas in Mardakany. Each of them has a different level of service, but all have changing rooms, toilets, showers, shady awnings, sunbeds, and lifeguards. Near the sea there are swimming pools, gazebo, water scooter rentals and other equipment, water slides, including a separate fenced area with a water park. On the coast there are cafes, stores, stalls with oriental sweets and corn.

Of the free bathing areas, the best are: Black Jack, Dolphin, Chance, Khazri, Moon Light and Gilan. Of the pay zones, Khazar Golden Beach in particular stands out. 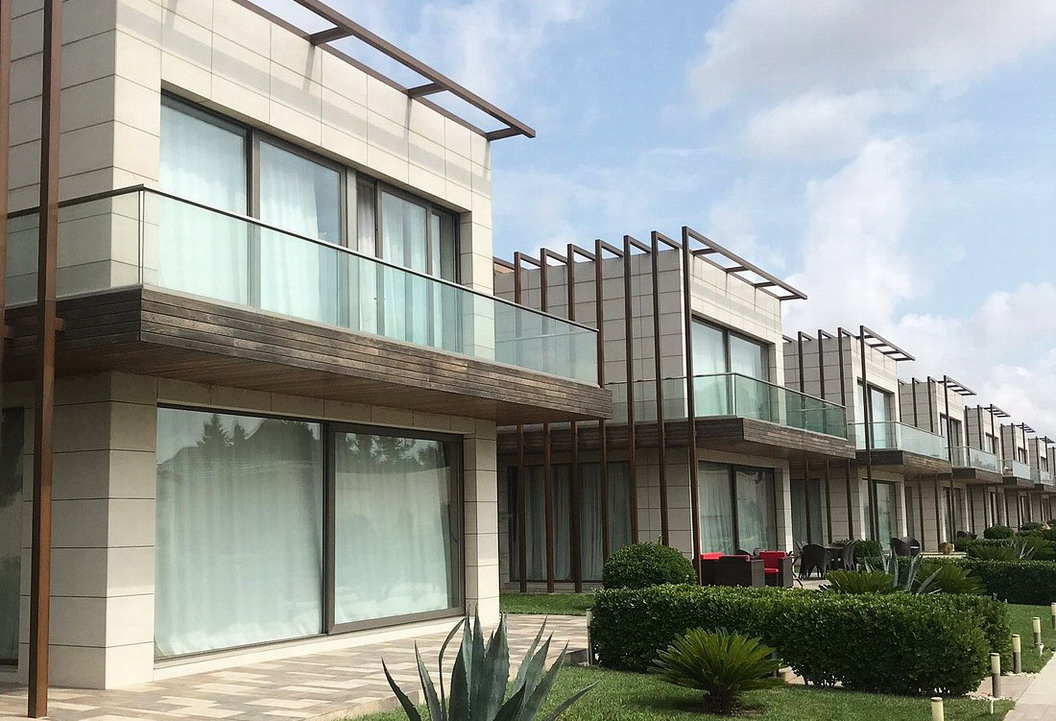 Despite the small size of the village, there are enough places to stay for a few nights. For vacationers are open first-class hotels, inexpensive hotels and comfortable guest houses. It is offered to rent comfortable accommodation from locals.

The list of the best hotel complexes includes the following:

As for the prices for accommodation, their range is quite different. The most modest apartments can be rented for 1-2 thousand rubles, and the cost of luxury rooms comes up to 10 thousand per day. The price also depends on the season of visiting the country and the type of food. 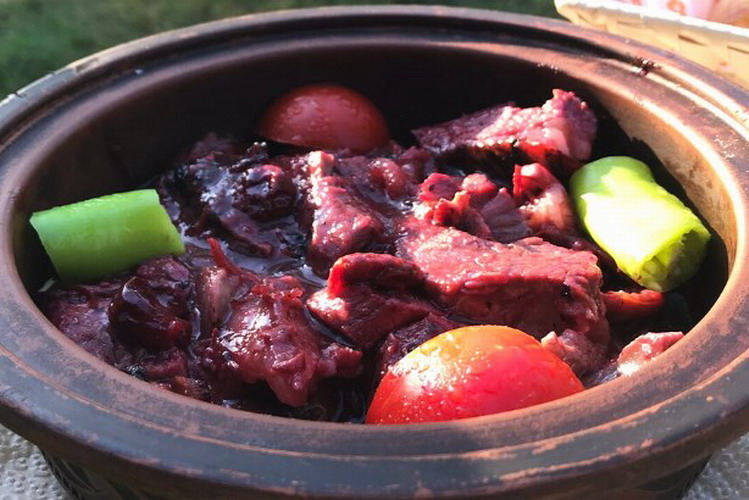 All the entertainment at the resort is mainly associated with beach holidays and are located on the coast. Here you can ride on tubing and bananas, fly a parachute, play volleyball, tennis and soccer. Young travelers will be incredibly excited to visit the water attractions presented in the water parks Dalga Beach Aquapark Resort or Khazar Golden Beach. The first complex is considered the largest in the whole Caucasus. On its territory there are over two dozen different slides, an entertainment center for children, several swimming pools. During the day there are often discos in the open air.

Evening leisure time in the village can be arranged in one of the restaurants or cafes.

Of those institutions that are most often on everyone’s lips, stand out:

If you want to plunge into the vibrant nightlife, you can go to Baku and there to go to one of several clubs. According to the locals this city is ideal for fans of parties, dancing and fun until dawn. 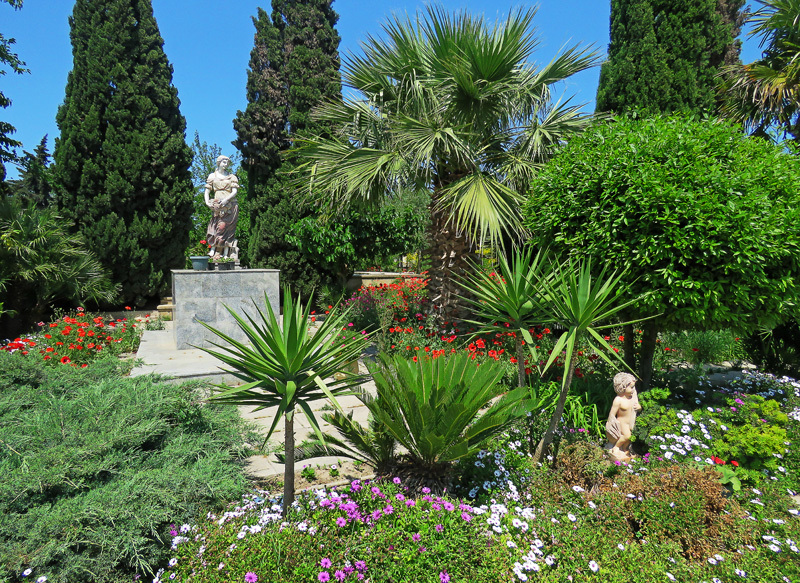 In addition to the beaches, resting at the resort, it is worth allocating time and to visit local attractions.

The most interesting among them are considered: 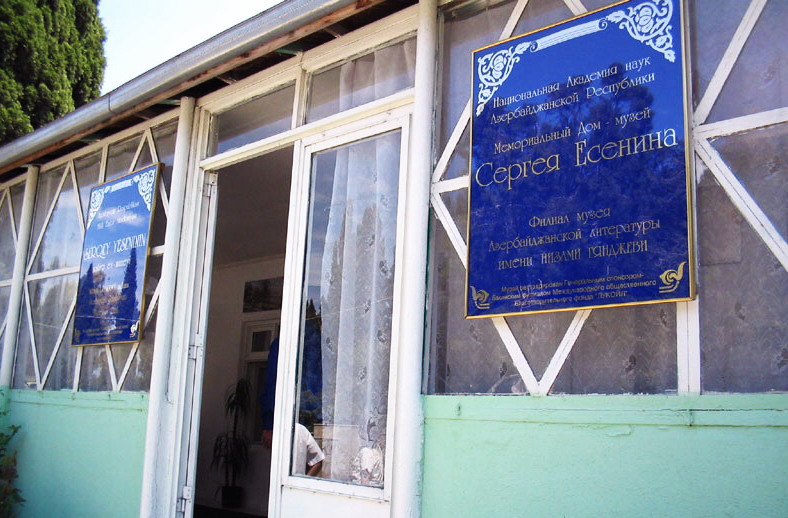 The house-museum of Yesenin is located in a three-room pavilion in the territory of the Arboretum.

In addition, being in Mardakany, you should not miss the opportunity to visit the incredible city of Baku and make excursions to the sights of its surroundings. It will be interesting to go to the reserve Gobustan with numerous caves and cliffs, to examine mud volcanoes, the largest of which has a depth of 3 km. Will be a fascinating trip to the village Surkhany and its pagan temple, as well as an excursion to the fiery mountain Yanardag, the slope of which has been embraced by fire for several centuries.

Flights Your City – Baku How to get to Baku read here

Mardakany is a tourist destination of the Republic of Azerbaijan, which is perfect for beach holidays. It will delight its guests with clean sandy coastline, perfectly developed infrastructure, and pleasant prices. This place is ideal for families with young children, who are just beginning to get acquainted with the sea. The beaches are shallow and gentle, the water is warm and has a low salt concentration. 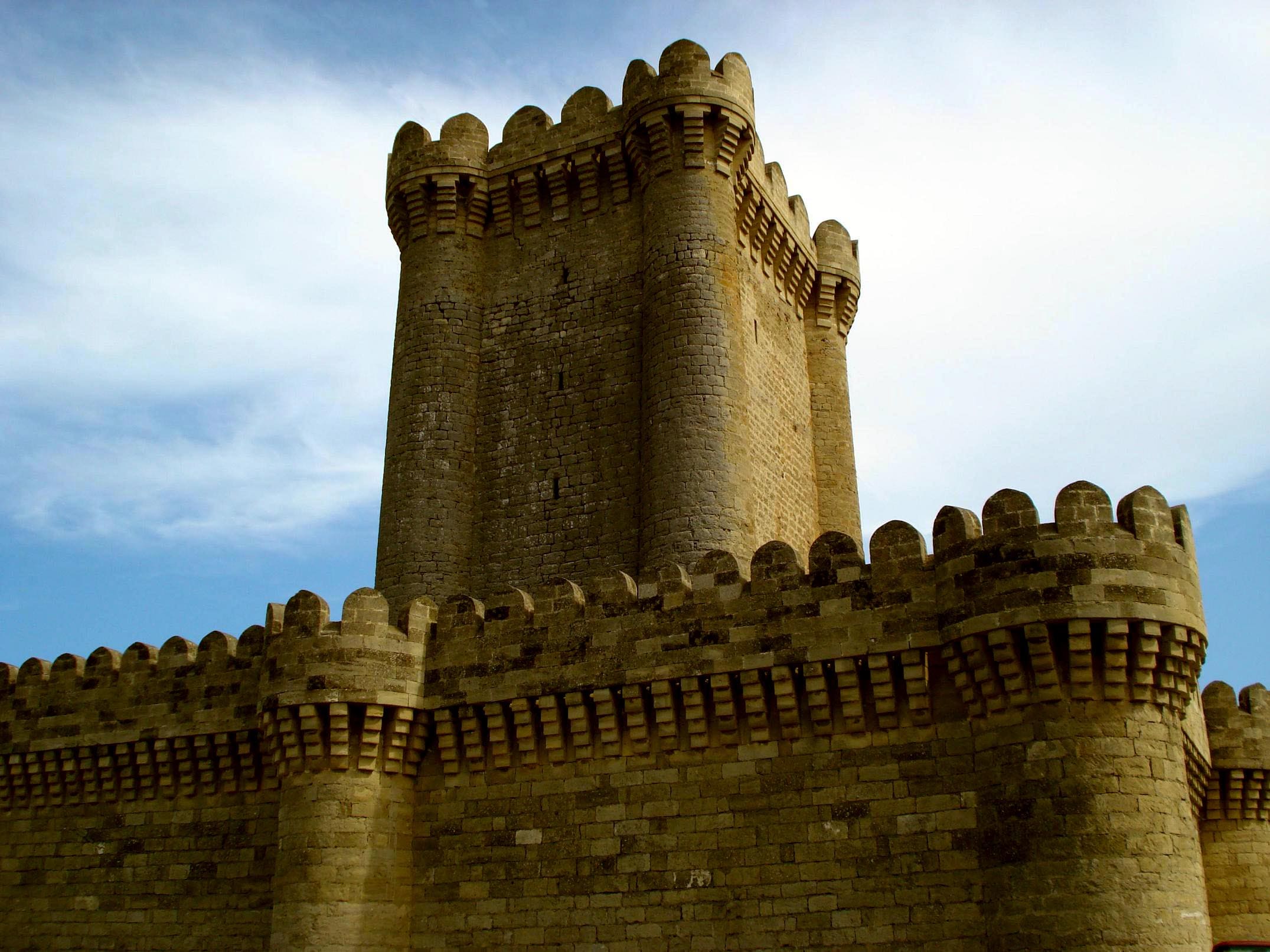 The historic suburb of Baku is a popular place for a beach holiday on the Caspian Sea. Find out what’s interesting about the village of Mardakian, what hotels and beaches there are at the resort, and what you can do.

The capital of Azerbaijan has grown a lot, so now Mardakian is part of Baku. The seaside village is focused on vacationing tourists primarily from Azerbaijan. Wealthy Baku citizens willingly come to the Caspian beaches for weekends.

Mardakan is a health resort; there are several spas with SPA and mud treatment, naphthalene therapy and paraffin therapy. The most famous are “Apsheron” and “Guneshli”.

There are several architectural monuments remained in this ancient suburb of Baku – the tomb of Pir Hasan dated to the beginning of the 17th century and the tomb of Haji Abuturab, a theologian, built in 1908. In the village one can see the baths of Khanbaba of the 19th century and the old mosque of Tuba Shahi.

In Mardakan there are two fortresses. The oldest one, with a quadrangular tower, dates back to 1187. The second, with a round tower, was built in 1232. On the medieval fortifications hold interesting excursions for tourists.

More than 30 thousand people annually visit the most picturesque part of the Absheron peninsula – Mardakan arboretum. Flora from all over the world is represented on the green territory, including relict plants that existed in the Ice Age.

If you want to learn about traditional Azerbaijani crafts, visit the local Carpet Museum. There is a store here that sells beautiful carpets. True, they do not come cheap. For connoisseurs of Sergei Yesenin’s works we advise to visit the house-museum of the Russian poet. It was here he wrote the famous cycle of poems, “Persian Motives. 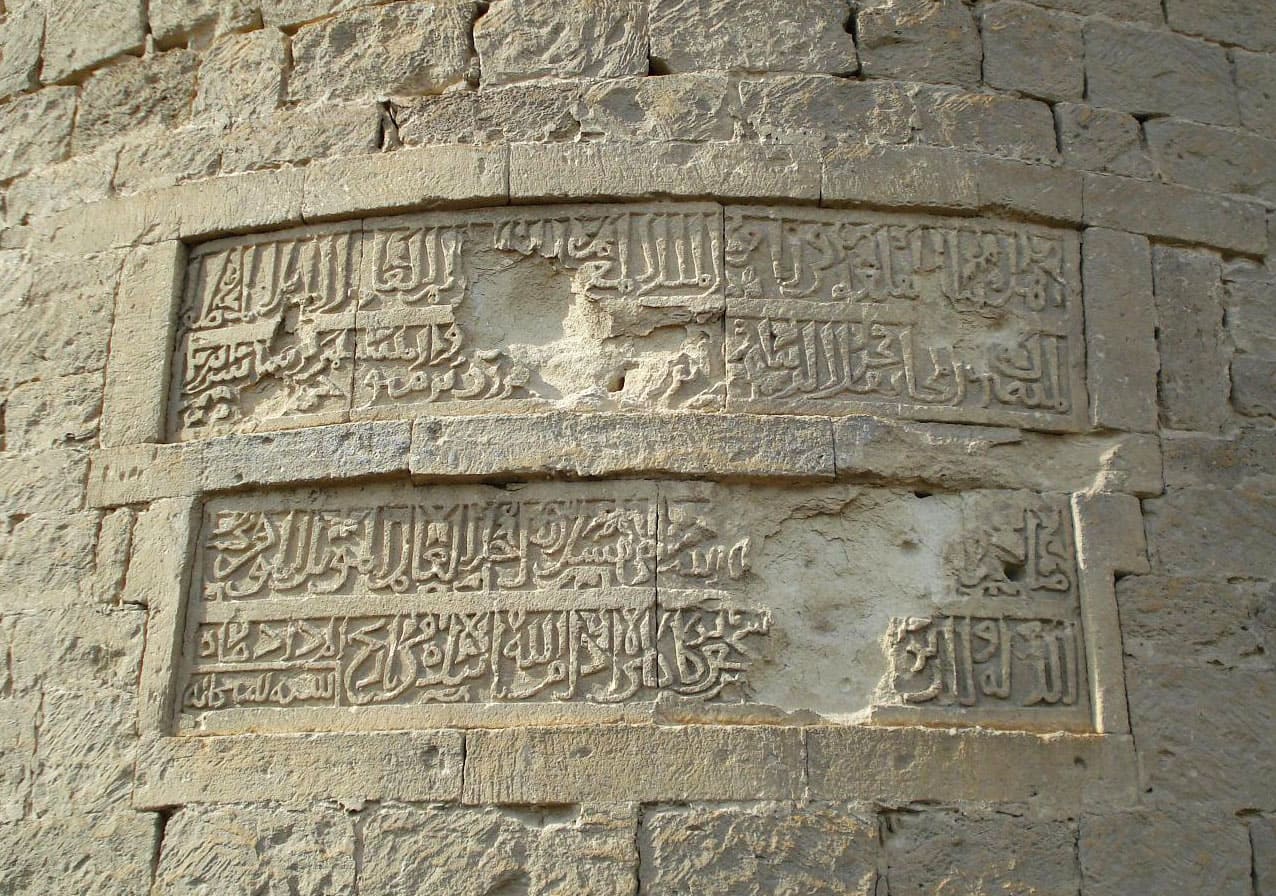 An inscription on the round tower of Mardakan. Photo: Emin Mammadov / wikimedia.org.

Guest houses, inexpensive hotels and luxury hotels are built for vacationers, you can see all the accommodation in Mardakian on the service Hotelluk.

The best hotels of the resort Mardakian, according to tourist reviews:

Hasanovs Villa 3* is a cozy hotel with a garden and swimming pool 6 km from the beach on the Caspian Sea. In high season a double room costs from 2500 rubles per night.

Kaspi Beach Resort 3* is a resort hotel by the sea with outdoor and indoor pools. A room for two with breakfast costs from 6500 rubles.

Delmar Hotel Baku 4* is a modern hotel on the sea front with private beach, garden, bar and restaurant. Double room with breakfast costs from 9,400 rubles.

If you plan to visit Baku, see where it is best to stay in the center.

Panorama of the water park in Mardakian

At the resort of Mardakian in Azerbaijan about a dozen excellent sandy beaches with their own infrastructure – sun beds, umbrellas from the sun, stores, changing rooms, storage lockers, showers and toilets. Near the sea there are water slides, shady canopies, covered gazebos, swimming pools and Jacuzzis. On the beach they sell boiled corn and oriental sweets.

You have to pay to enter some of the recreation areas, like Khazar Golden Beach. Tourists praise the free beaches of Mardakian – Black Jack, Gilan, Shans, Moon Light, Xazri and Delfin Istirahet Merkezi. According to reviews, Mardakian is a good place to stay with children. The water entrance is shallow, and the beach has large areas of shallow water.

The panorama of Khazar Golden Beach

The swimming season in Mardakan starts in April, but in mid-spring it is too early to swim in the Caspian Sea. Most tourists come to the resort from May to September.

In winter, in Azerbaijan, tourists vacation at ski resorts. 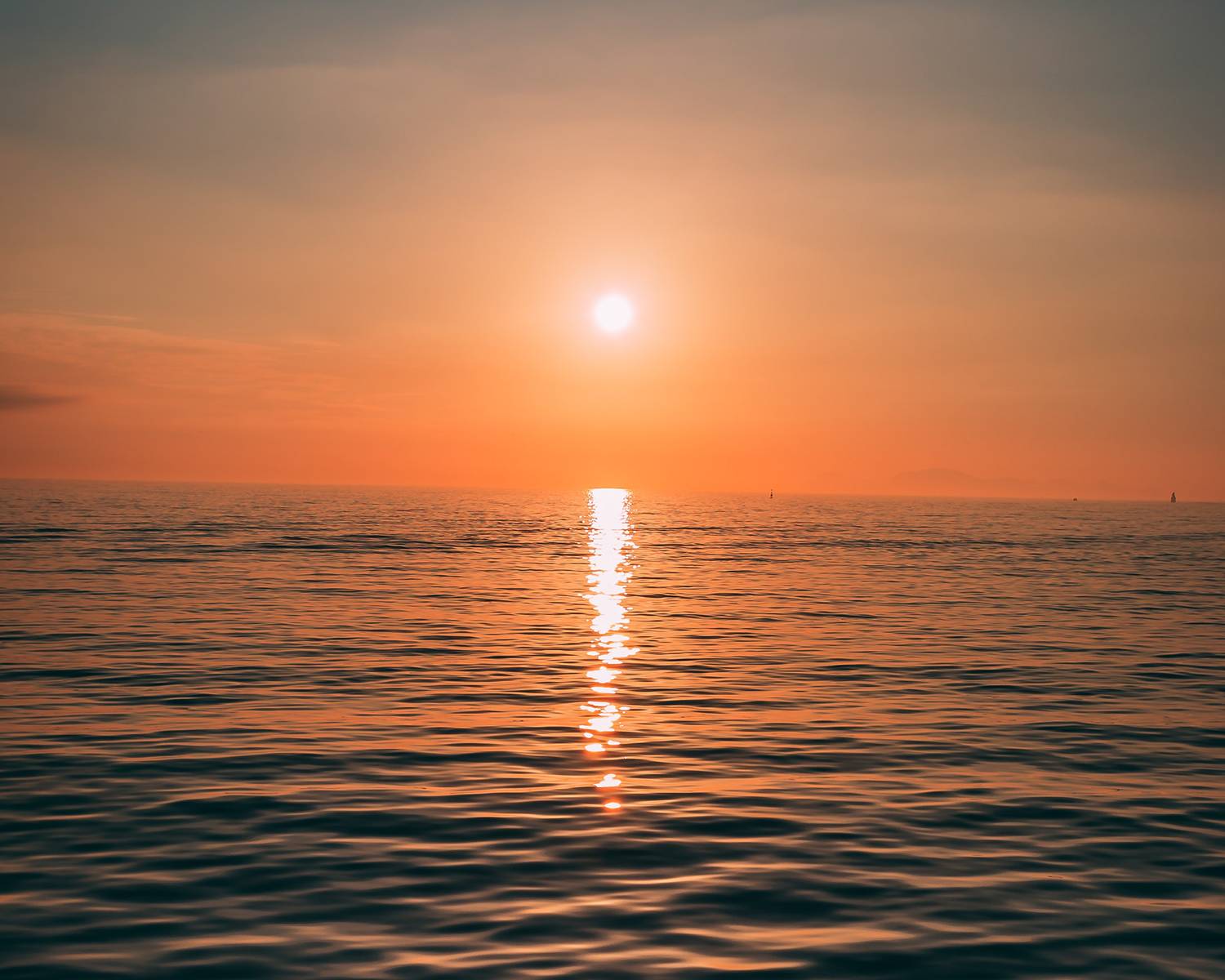 In July and August there may be one rainy day each. Photo: @shotbyrain / unsplash.com.

Conclusions: is it worth going to Mardakian

The resort village in the north of the Apsheron Peninsula, 35 km from Baku, is a popular place for a comfortable and safe holiday at the sea. Mardakian is known for its good, well-equipped sandy beaches, swimming pools, restaurants and bars.

There are elite hotels and budget hotels built for tourists. A big plus of Mardakian are the interesting monuments of antiquity: tombs, mosques and fortresses, and a luxurious arboretum. Beach holidays can easily be combined with excursions to the historical and natural attractions of Azerbaijan.

If you want to combine a beach holiday with medical treatment, it is worth booking a sanatorium in Mardakian.