What to see in Barcelona 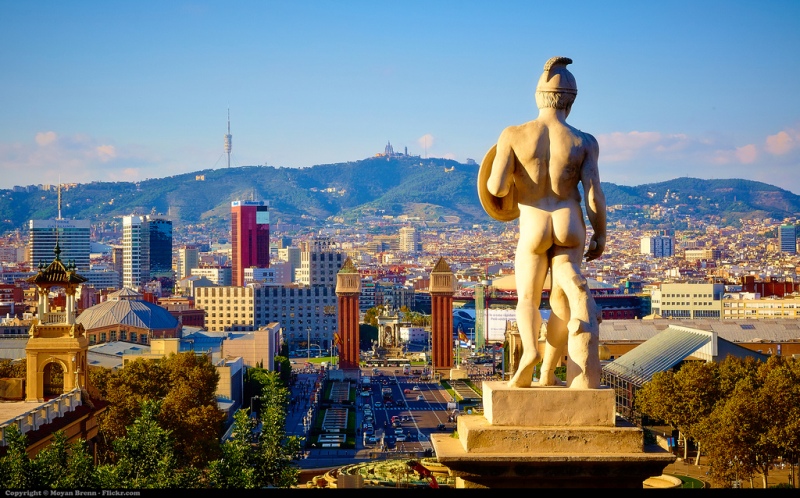 Answering the question, what you can see in Barcelona in 1, 2 and 3 days of travel. We get acquainted with the main sights of the capital of Catalonia. See the route of Barcelona on the map.

Barcelona is the pearl of Catalonia, there are so many amazing things that every tourist wants to see everything at once. Of course, you can take a tour bus, but it will only be a cursory overview, and Barcelona is worth a closer look. So, what can be seen in the city in 1, 2 or 3 days?

Itinerary on a map of Barcelona

If you are short of time and have to decide what to see in Barcelona in 1 day, it’s not a good idea to exhaust yourself, especially if this is your first trip. You’re better off going the classic route and starting at Plaça Catalunya. Plaza Catalunya is well connected by public transport, with buses from the airport and trains from nearby cities. You just have to cross the plaza and walk down the Rambla, the city’s main tourist street.

From the Ramblas you can turn into the Gothic Quarter – the historic center of the city, which occupies the area between Plaza Catalunya, Ramblas and Columbus and Via Laetana avenues. There you can see a stunning heritage of Gothic architecture. Most of the buildings date back to the 15th century. And along the Plaza del Pi, with its cozy cafes, is the charming Santa Maria del Pi Church.

What else can I do on my own in Barcelona? If time permits, visit the Picasso Museum on Montcada. Admission to the museum is 10€, free after 15:00 on Sunday. Open from 10 to 20, except Mondays.

At the very end of the Rambla is a monument to Christopher Columbus – a statue of the navigator is placed on a high column. The column has an elevator that takes you up to the observation deck. If you go further along the pedestrian causeway to the Mol d’Espagne, you can go to the Aquarium, the entrance costs 17,5 €. End your evening in one of the local cafes and enhance your experience with a glass of excellent Spanish wine. What to try in Barcelona → 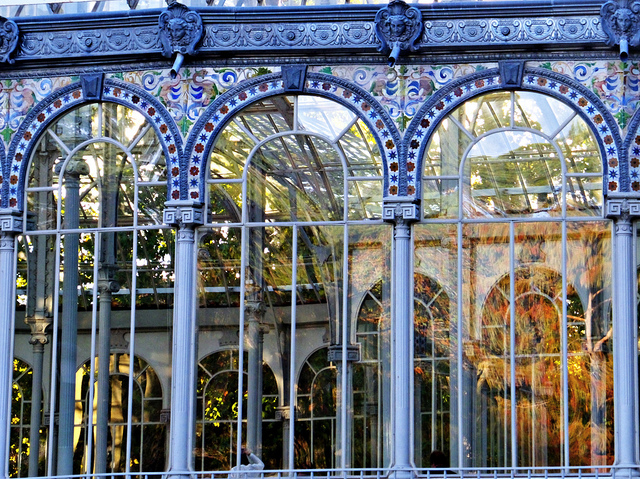 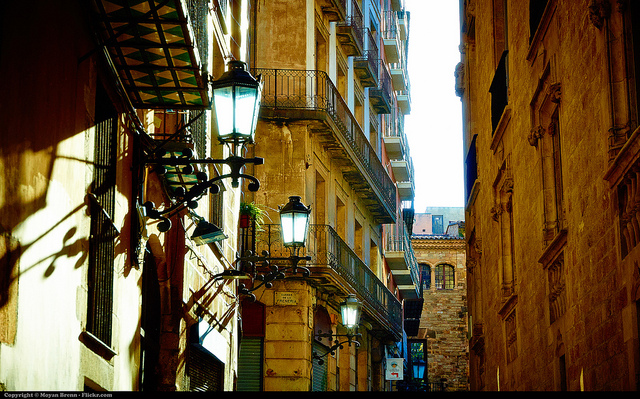 Local temples are the things to see in Barcelona on day 2. Barcelona’s most famous temple, the Sagrada Familia, has been under construction for more than 100 years. Its construction began back in 1882 by architect Gaudi and is still going on. To see the legendary temple, take the metro to the Metro Sagrada Familia station. From the outside the structure is impressive in size, but the scaffolding prevents photography, so it is best to buy a ticket online (25€) and go inside. The temple is an example of what you can and should see on your own in Barcelona. Tour with an audio guide will take an hour and a half, and the ticket gives the right to visit the temple at a certain time, which is worth considering when planning a walk around the city. There is a park next to the temple where you can rest in peace.

From the Sagrada, you can walk to Passeig de Gracia, or save your energy by taking the Metro and getting off at the Diagonal (line L3) station. This is where Casa Mila is located. It was designed by Gaudí before he started work on the Sagrada. The house is residential, with an exhibition hall on the upper floors and an underground garage below. The exterior of the building resembles sea waves with ornate balcony bars. The house can be accessed from 9:00 to 20:00 in the summer and 18:30 in the winter, paying a fee of 20€.

READ
What to see in Tenerife?

From Casa Mila you can walk further along Passeig de Gràcia. On the right of this street you will find the “Quarter of Discord” where you will find three other unusual buildings – Casa Batlló, Casa Amalieu and Casa Leo Morera. Casa Batlló is another one of Gaudí’s works resembling a fairy tale house and can be visited daily from 9:00 to 21:00, the entrance costs about 20€. By the way, on Passeig de Gràcia there are great stores where you can spend a good time.

To dilute the theme of Gaudi, you need to go for a walk in another unique place, not yet too well known among the mass tourists – the Labyrinth of Horta. A beautiful ancient park, familiar to many from the movie “Perfumer”. Travelers in the reviews agree that it is one of those places in Barcelona, which must be seen. You can get there by subway (L3), getting off at the Munde station.

The park consists of two parts, one neoclassical and the other romantic. The ticket costs just over 2 €, on Wednesdays and Sundays admission is free. In winter the park is open until 18-19:00, in summer until 20-21:00. The park has charming grottoes and bas-reliefs, temples and pavilions, but a real green labyrinth of pruned cypresses gives it a special zest. There are not many tourists and the place has a peaceful atmosphere.

In the evening, head to Plaça Espanya Square. Take the metro green line and get off at the Espanya station. In the center of the square there is a beautiful fountain and two Venetian towers next to the National Palace, which is also the Museum of Catalan Art. In the summertime, from 9:00 pm to 11:30 pm, the singing fountains operate, a spectacle so stunning that it draws crowds of people every day.

What to see in Barcelona on Day 3? It is better to devote it to leisurely walks. It is better to visit Park Guell in the morning when there are not so many tourists and you can quietly walk for an hour and a half. Get to the park by metro – line L3, station Lesseps. The park looks very festive and unusual: mosaic shops, gingerbread houses, tunnels of bizarre shapes. From the mountain is a good view of Barcelona and its surroundings. You can go to the Gaudí House Museum, then walk a little along Av. Princep D’Asturiers and turn to the Carrer de les Carolines. There’s another early work by Gaudi. It is the house he built for the industrialist Vicens. Now it is a private residence, tourists are not allowed inside, so you can only admire the outside.

READ
How to get to Barcelona on Cheap Flights

After the spectacular Gaudi experience, you can go to the Tibidabo mountain to look at the city from its highest point. There’s an amusement park with a ferris wheel, a café, the Botanical Gardens, and a toy museum that would be of interest to anyone looking for things to see in Barcelona with children. But the main attraction is the snow-white Temple of the Sacred Heart with a statue of Jesus Christ. You can get to Tibidabo from Plaça Catalunya by bus or first take the vintage streetcar from the Metro station Av. Tibidabo (line L7) and then take the funicular.

In the evening it’s nice to walk in the park of the Citadel. Go to the Arc de Triumf station and walk to the Arc de Triumph, and from there along the alley to the park. Entrance to the park is free and in the center of it there is a very beautiful Cascada fountain. These places are especially popular among those who are looking for what they can and should see on their own in Barcelona. After a walk through the green, shady avenues, you can walk to the Barceloneta promenade and admire the neat houses with sculptures and the carved bars of the balconies on the way. When the weather is nice, you can relax on the beach or go for a boat ride and then have dinner in a quiet place, watching the lights of the evening city and thinking about the next trip to Barcelona.

Barcelona in three days – How to do it all 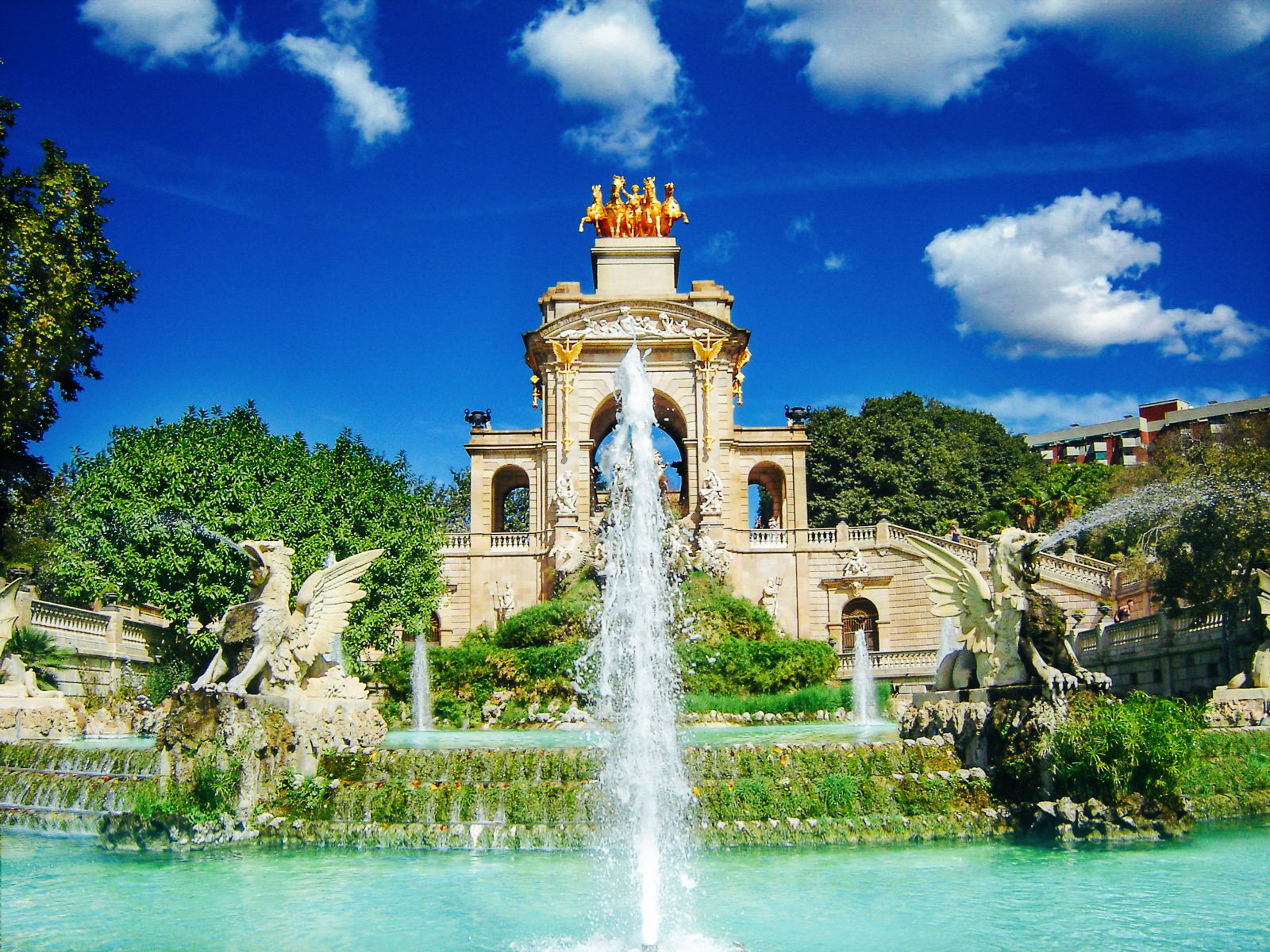 Barcelona is attractive for tourists for many reasons – lots of cultural and architectural monuments, stunning beaches, stores, boutiques, cafes and restaurants are waiting for you. Unfortunately not many tourists can afford a long vacation, and visit Barcelona for a weekend. But don’t get upset beforehand, because 3 days is much better than 2 and it’s enough time to see the most important places. If you plan your itinerary well, you’ll still have time for shopping or the beach. We have put together the best itineraries for you to answer the question: what can I see in Barcelona in 3 days?

Of course, in three days you want to see everything! However, in that case you will really have to move around running or renting a car (as an option). As a result, you won’t have an impression of any of the sights, and the feeling after visiting Barcelona might be wrong. We recommend making a preliminary plan for visiting the most desirable attractions in advance. We suggest the following places to visit.

READ
Traveller reviews about Barcelona. Tips for your vacation - 2022

We suggest that you pay a little attention to shopping and the work of the great architect Antoni Gaudi: