Historic Cities in Turkey: Where to Go 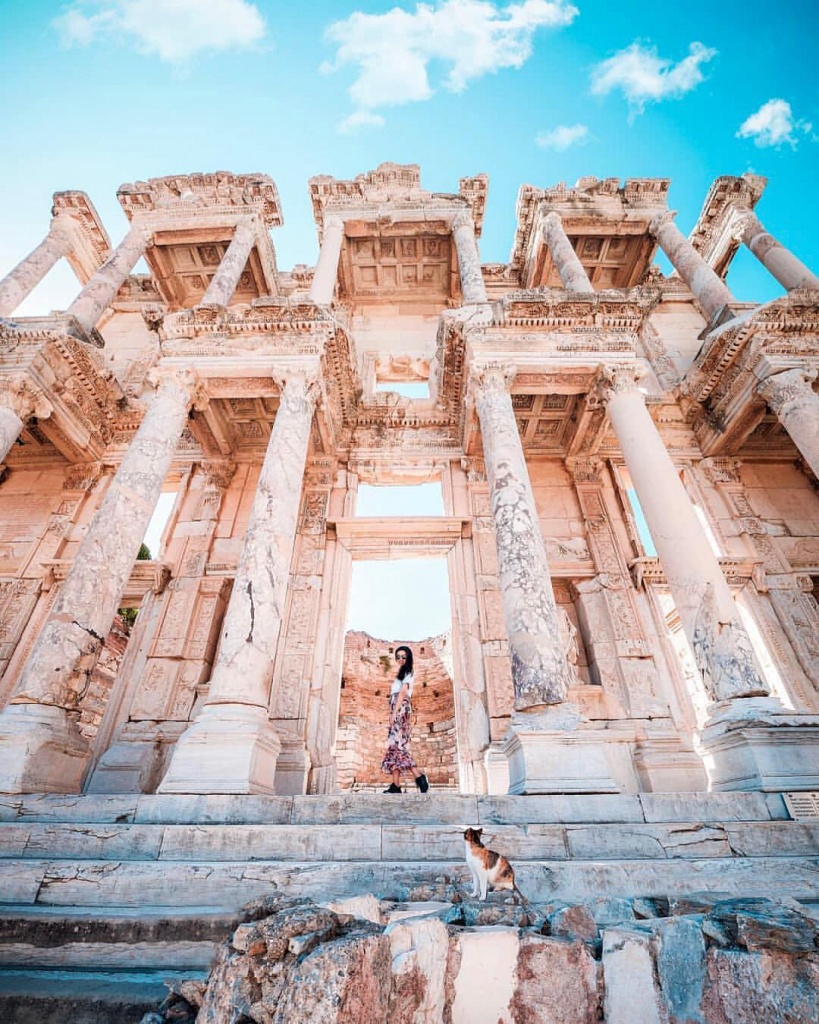 Ancient relics left by Romans and Greeks in modern Turkey could be very interesting pastime which will especially appeal to tourists who like architecture, art, and civilization of the past. We invite you to take rich sightseeing tours throughout Turkey with top-notch guides!

Below is a list of the 10 most interesting ancient ruins to visit in Turkey:

1. Ephesus The partially reconstructed Celsus Library is a true wonder of Ephesus, located in the heart of a fertile valley and formerly a major trading center of the ancient world. Today the ruins surround the village of Selcuk, serving as a base for many travelers. The city features theaters, columns, and ancient Greek temples, making it one of the most interesting open-air museums in Turkey.

A boat trip along the Lycian islands of Dalyan, Mira, and Fethiye offers a series of classical temples carved into the vertical cliffs. The Lycians treated the burial as an art, and their tombs stand out for their interesting and detailed decoration.

In Central Anatolia the Hittites once ruled, and their place of worship was Yazylikaya, a sanctuary with a series of carved images of deities in the rocks. The site is near Boğazköy and contains two galleries: a 13th century open-air pantheon of gods and goddesses and a large gallery in which evidence has been found that the Hittites also adopted gods from other cultures, namely Mesopotamian and Hurrian.

4. Hierapolis the “Holy City” Hierapolis is near the modern city of Denizli and is very popular with tourists who come here to admire the ancient theaters, white terraces of ruined houses and stone pillars. People have been coming here for ages because of the hot springs that are believed to have healing properties and were given to them by Pluto, the god of the underworld.

5. The Monasteries of Cappadocia All those interested in the ancient ruins should see the monasteries of Cappadocia, an ancient network of caves and chapels that were carved in the soft rock of Cappadocia. These rocky landscapes were once home to the first Christians fleeing Roman persecution. By the 4th century the monasteries were a system of underground houses, churches, stables, and warehouses. The monks worked tirelessly, decorating their dwellings with biblical frescoes that can still be seen today.

6. The builders of Aphrodisias took advantage of the close proximity of the quarries and endowed the ancient city of love with a large number of Hellenistic sculptures and monuments. In the quiet open-air museum you can feel the spirit of the ancient world and see the ruins of the temple dedicated to Aphrodite. The ruins of the city, destroyed by an earthquake in the 7th century, are located in Western Anatolia. 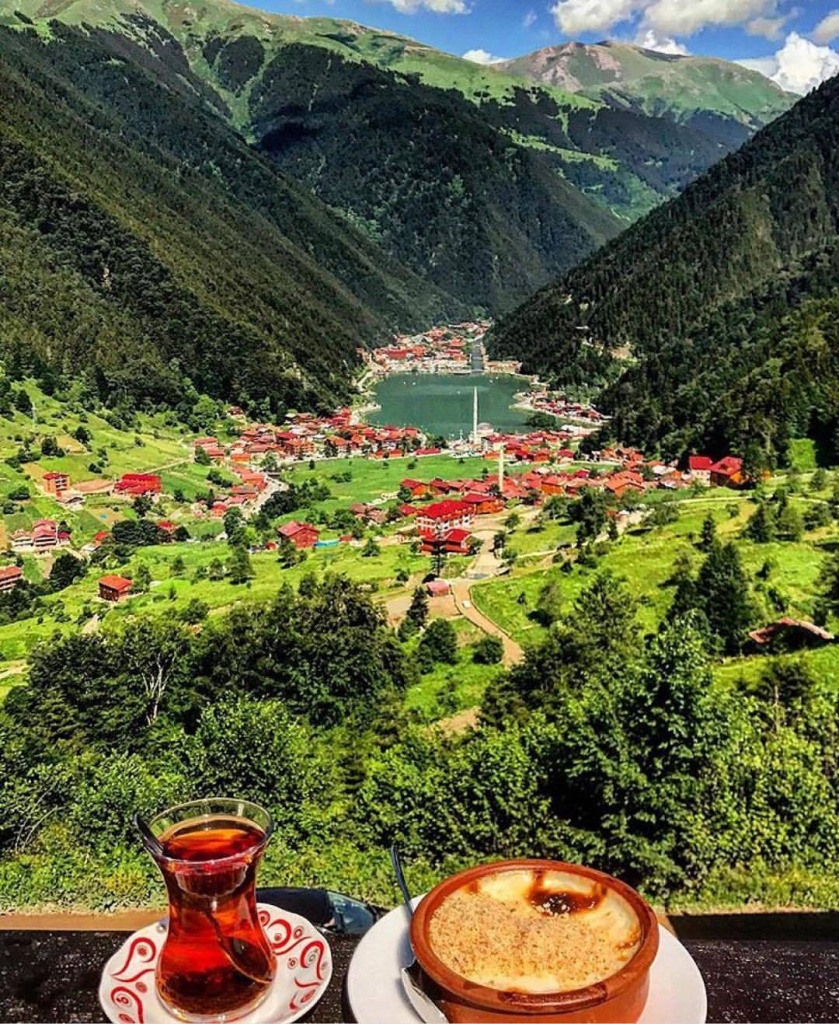 7. St. John’s Basilica Located near the ancient ruins of Ephesus, the Basilica of St. John was one of the most revered religious sites during the Middle Ages. According to legend, the basilica was built in the 6th century by Emperor Justinian on the spot where St. John was buried. Over the centuries, the church has undergone destruction, in 1330 it was converted into a mosque, and in 1402 it was almost destroyed by the Mongols. Today visitors can witness the majestic ruins of a building that once possessed mesmerizing beauty.

8. Pergamum The ruins of this once thriving metropolis still retain the outlines of its former glory: the ancient library, the columns of the temple of Trojan, the public theater and the superb Acropolis amaze everyone. The place is located near the modern city of Bergama in the western province of Izmir and is popular among tourists.

9. Sardis When western Turkey was the center of a thriving ancient civilization, Sardis was a bustling metropolis and capital of Lydia. Throughout history, the city was a trading center or acted as a citadel where the ruler of Lydia resided. Since 1958, scientists from Harvard University and Cornell University have been excavating, revealing to the world the history of this ancient place.

10. Troy Located in northwestern Anatolia, Troy is one of the most famous archaeological sites in the world. According to ancient Greek legends, Troy was the center of the Trojan War, a notable Greek myth. The site was discovered in 1793 and is the subject of much scientific debate. Whatever these ruins really are, they are capable of awakening a passion for archaeology in everyone.

Ancient Cities in Turkey near Antalya 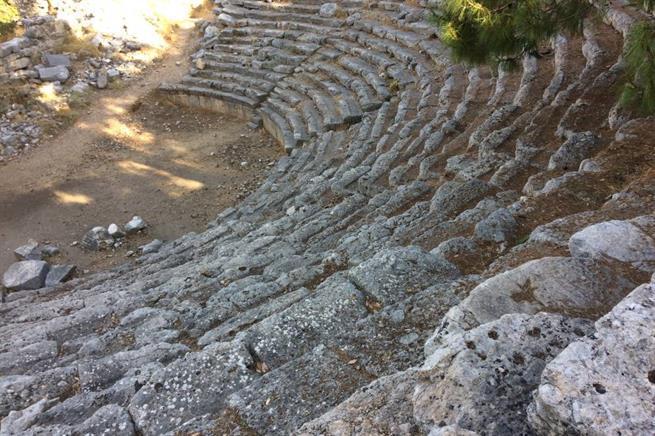 Turkey, which tourists from Russia and Europe, often choose for a beach holiday, is unusually rich in historical, cultural and sacred objects. The country discovered 15 ancient settlements that date back to Roman, Greek and Byzantine eras. Ancient cities in Turkey near Antalya are of greatest interest to hundreds of thousands of tourists visiting the republic each year.

Each of the ancient settlements, which are 5-7 thousand years old and more, has its own architectural and historical features. However, you can highlight a few features common to virtually all ancient cities located around Antalya

After economic decline, the cities were forgotten for centuries. It was not until the last century that they were discovered by travelers or scholars. After that, large-scale excavations began, and the ancient cities became available to the public for a low fee.

The distance between the ancient city of Perge and Antalya is 18 km. According to archaeologists, Perge was built in the XIII century BC, soon after the end of the legendary Trojan War. The location of the ancient city had an important strategic advantage – only 15 km from the coast. 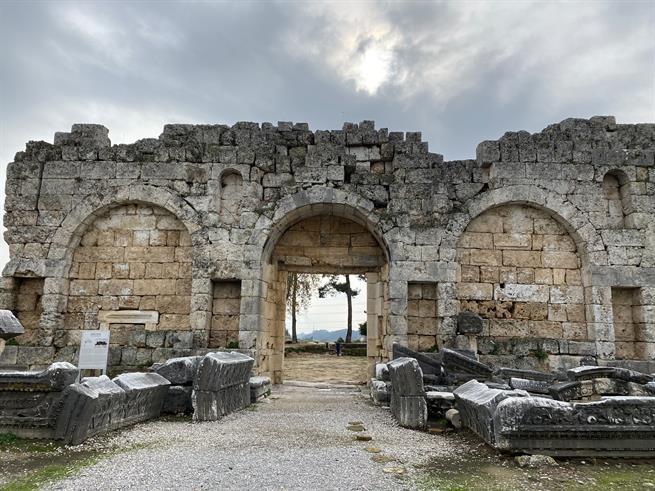 Today the remains of ancient buildings can be seen by the numerous visitors:

READ
To Turkey by yourself - 2022. All the secrets of relaxation without a travel agent

The ancient city lies about 34 km from Antalya. Termessos was first described by two famous Greeks, Herodotus and Homer. The ancient city was founded in the 12th century B.C. Thermessos was built by the ancient Solites, a militant tribe. Soon they were displaced by the more economically powerful Lycians. Now Perge is situated on the territory of a large national park. 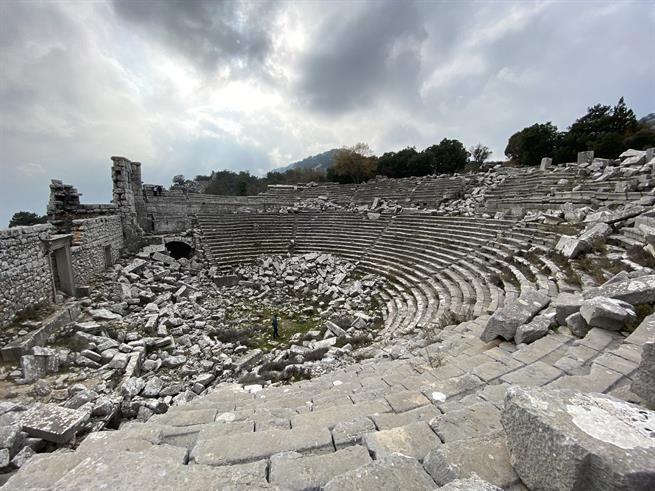 Of the ancient structures, several have survived:

The ruins of the ancient city of Aspendos are situated 48 km from Antalya. During its heyday the city was an important river port for the development of trade, economy and culture. 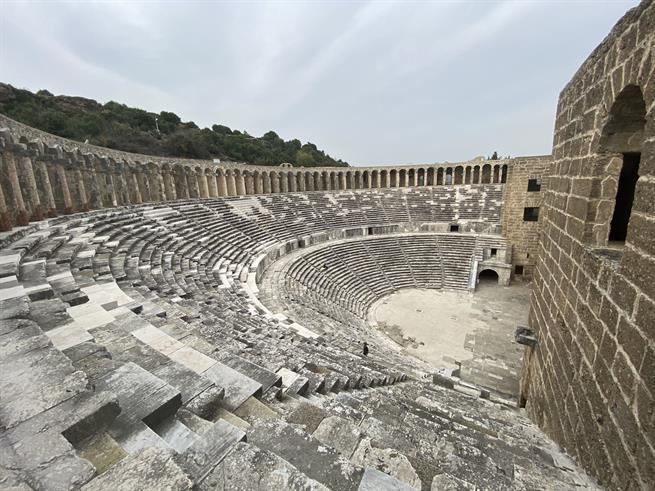 The remains of the ancient city of Olympos, which stretches along the bed of a dried up river, are situated 70 km from Antalya. The picturesque mountain of Tahtala rises near Olympos. In ancient times it had the Greek name Olympos. The city was founded in the III century B.C. and was named after it. The Olympos buildings are less well preserved compared to those of Perge or Aspendos. 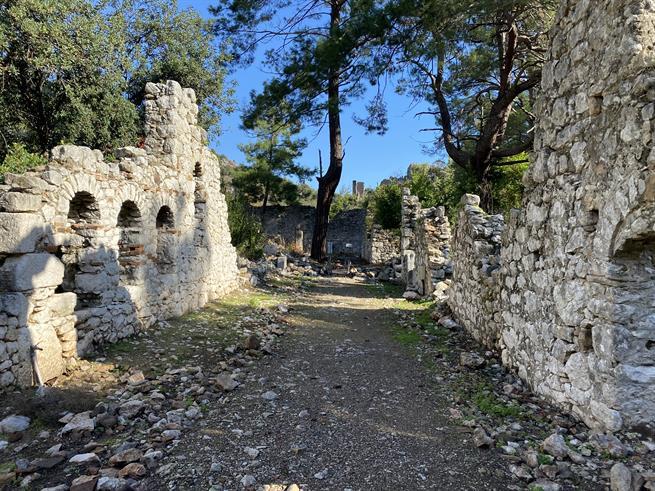 Among the ruins are some of the most important sites:

The ancient town of Fazelis lies about 60 km from Antalya. The ruins of Fazelis are scattered among the tall cedars and pines in a nature reserve. According to the experts, the ancient city was erected in the 7th century BC. 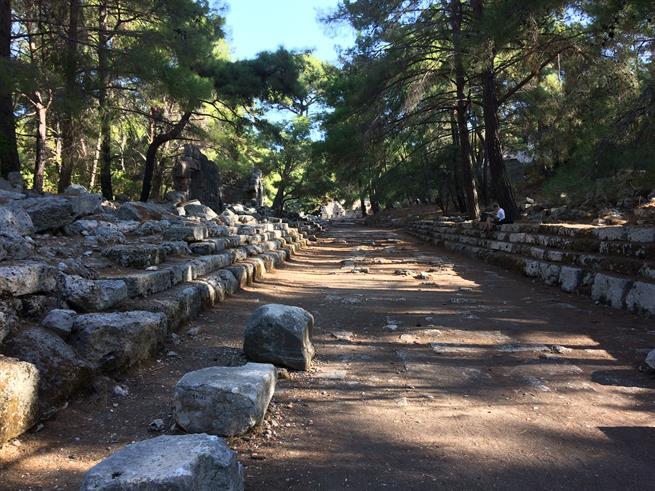 Most of the buildings we see today date back to the period when Phaselis was dominated by the Romans and Byzantines:

Tourists vacationing in Antalya and neighboring resorts should visit the ancient cities. Caught among the ruins of ancient buildings, you can for a few minutes plunge into the atmosphere of the distant past. Getting acquainted with the history of ancient cities will help tourists who are not indifferent to what is happening now in the world, a much better understanding of contemporary events.