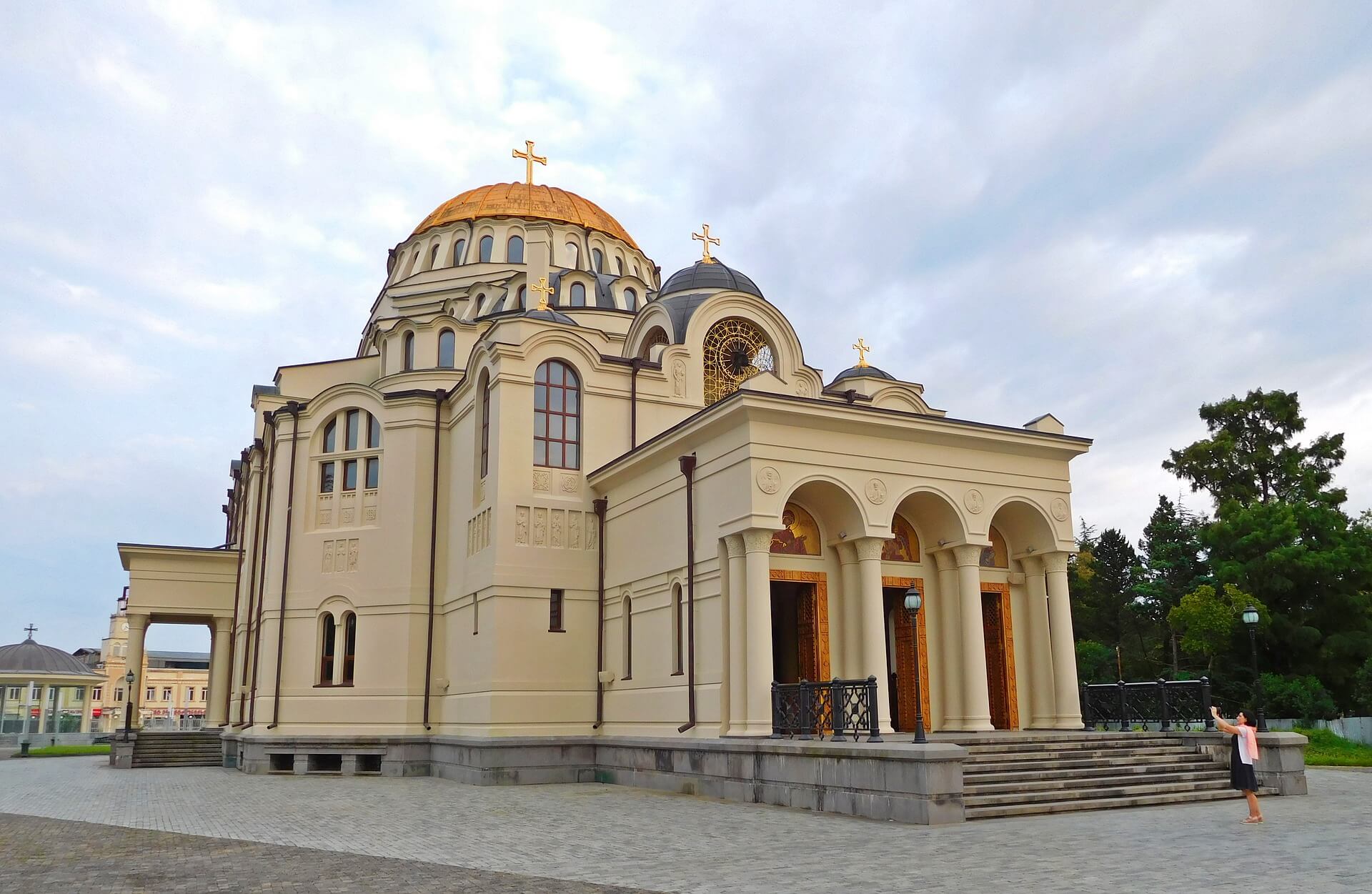 The port city at the mouth of the Rioni River traces its history back to ancient times. I tell you why Poti is not very popular with tourists. Find out where best to swim, what to see in and around the city itself, as well as holiday prices.

Impressions of the resort

Poti is rarely included in guides to Georgia’s seaside resorts, and quite in vain! The Georgian port city is located in the Colchis Depression, just 0.8-2 meters above sea level. Nearby is Lake Paliastomi, a wonderful place for migratory and wintering birds to rest.

There are no high buildings in Poti. Most of the buildings are old, but in the center there are some new futuristic buildings, such as the House of Justice and the Poti Police. The Georgian city is so cozy and simple that while walking around Poti we had the feeling that we had come home.

I remember most of all the bustling bazaar, which I had never seen before, and the Rioni River, the largest river in Transcaucasia, which in ancient times was known as Phasis and was mentioned by Virgil and Socrates. 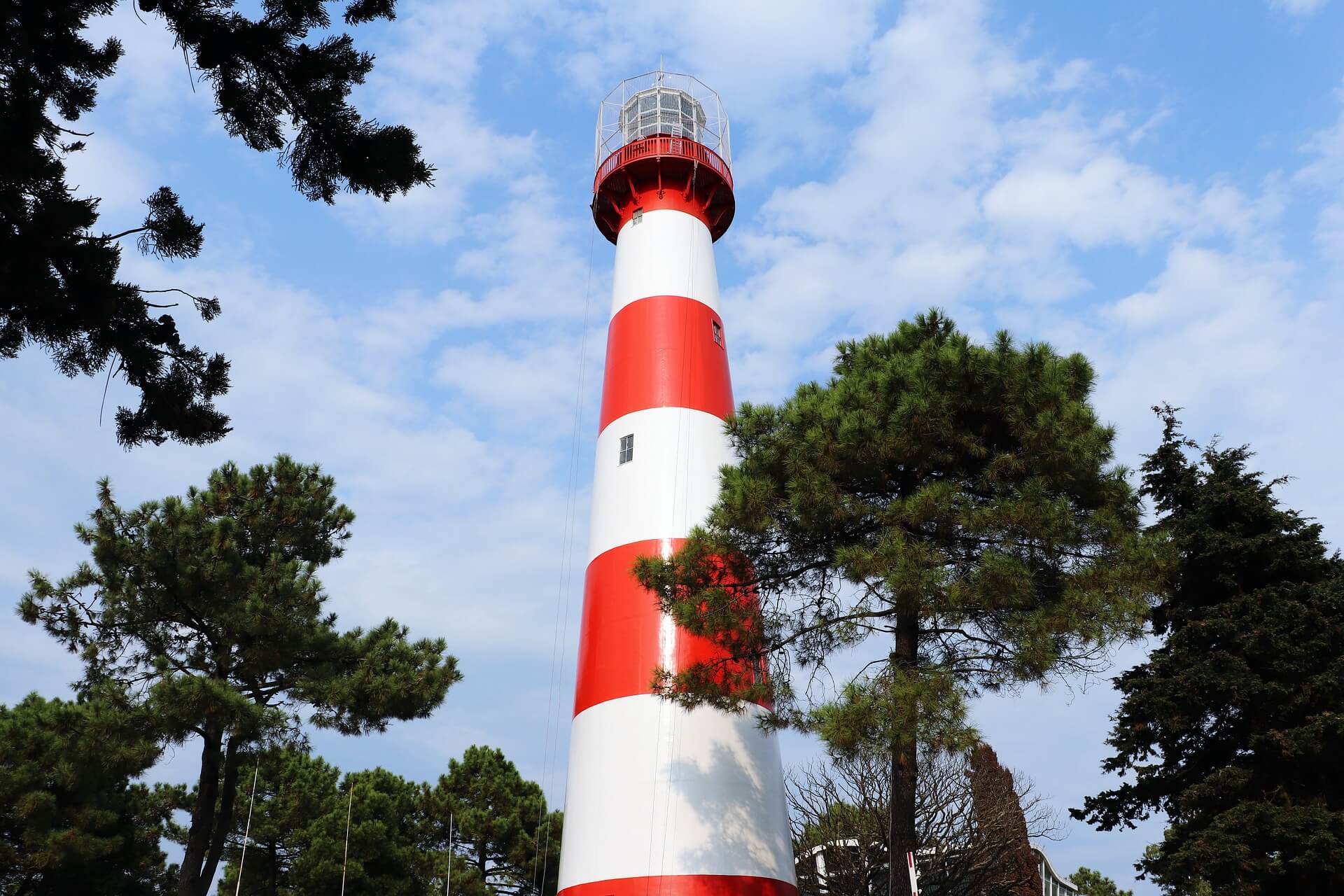 The sea and the beaches

According to the reviews of tourists, in Poti itself there is no place for a beach holiday. The coast is covered with stones, and the descent to the water is uncomfortable. Locals and vacationers go to swim in the neighboring villages – Maltakva and Grigoleti. There are gray sand, the entrance to the water is gentle, but there is little infrastructure on the beaches.

Valery: “We came to see the Poti lighthouse. It is open, if you want you can climb up and see the surroundings. On the shore near the lighthouse if you are lucky, dolphins hunt. The place is wonderful. I recommend it. 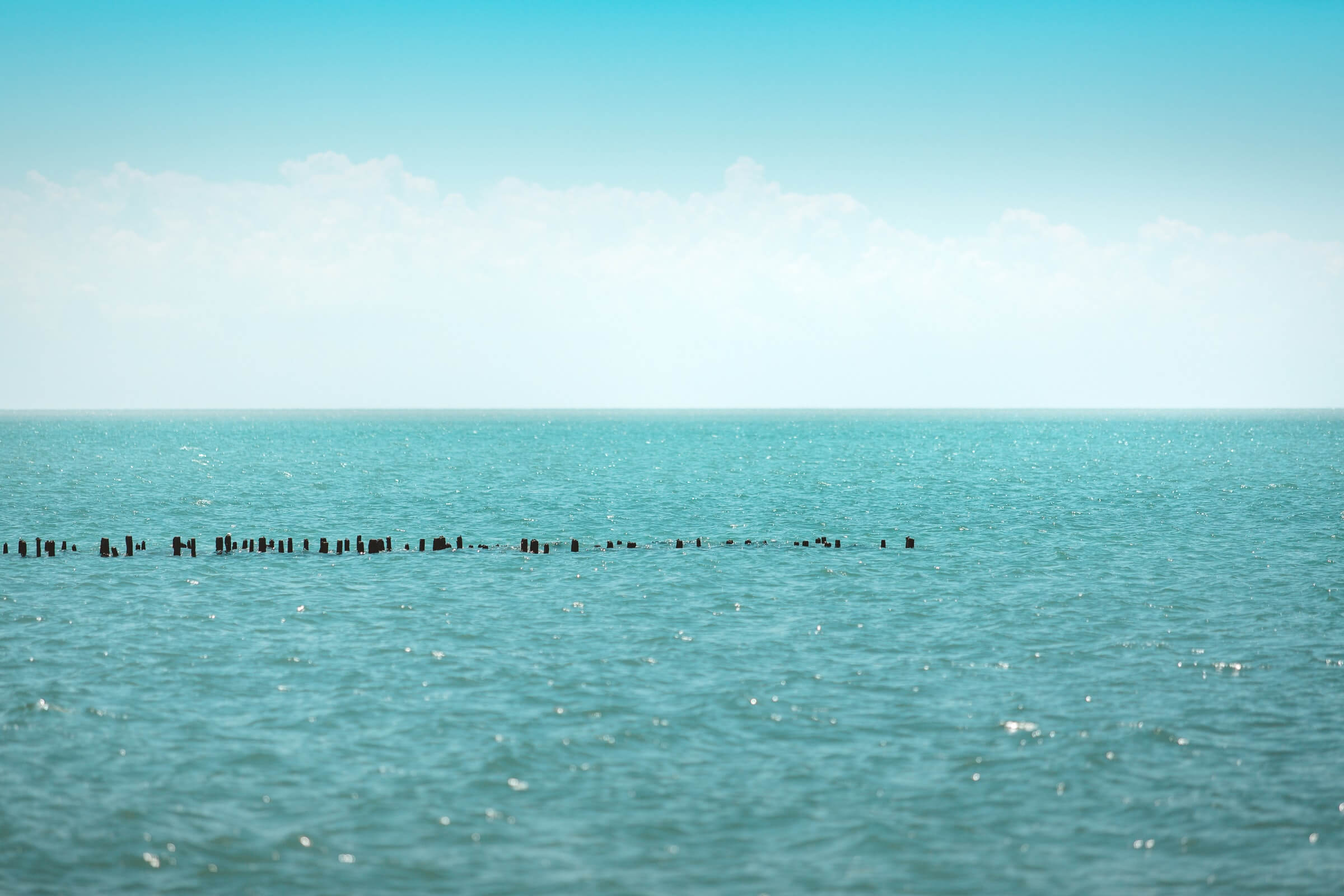 There are not many tourists in Poti, so the hotel base is times less than in other seaside resorts in Georgia. Most hotels in this city do not have stars. We did not find any all-inclusive offers in Poti. A double room in a guest house costs 1,200 rubles per night, and in a 3* hotel – from 2,000 rubles. Look for hotels in Poti on Hotelluk, the best according to tourist reviews:

Alex: Prime is a good hotel. Expectations were met, clean, friendly staff, comfortable bed, Good breakfast. There is a covered parking lot. Near a park with a big beautiful cathedral. Walking distance on the main street – restaurants, stores.” 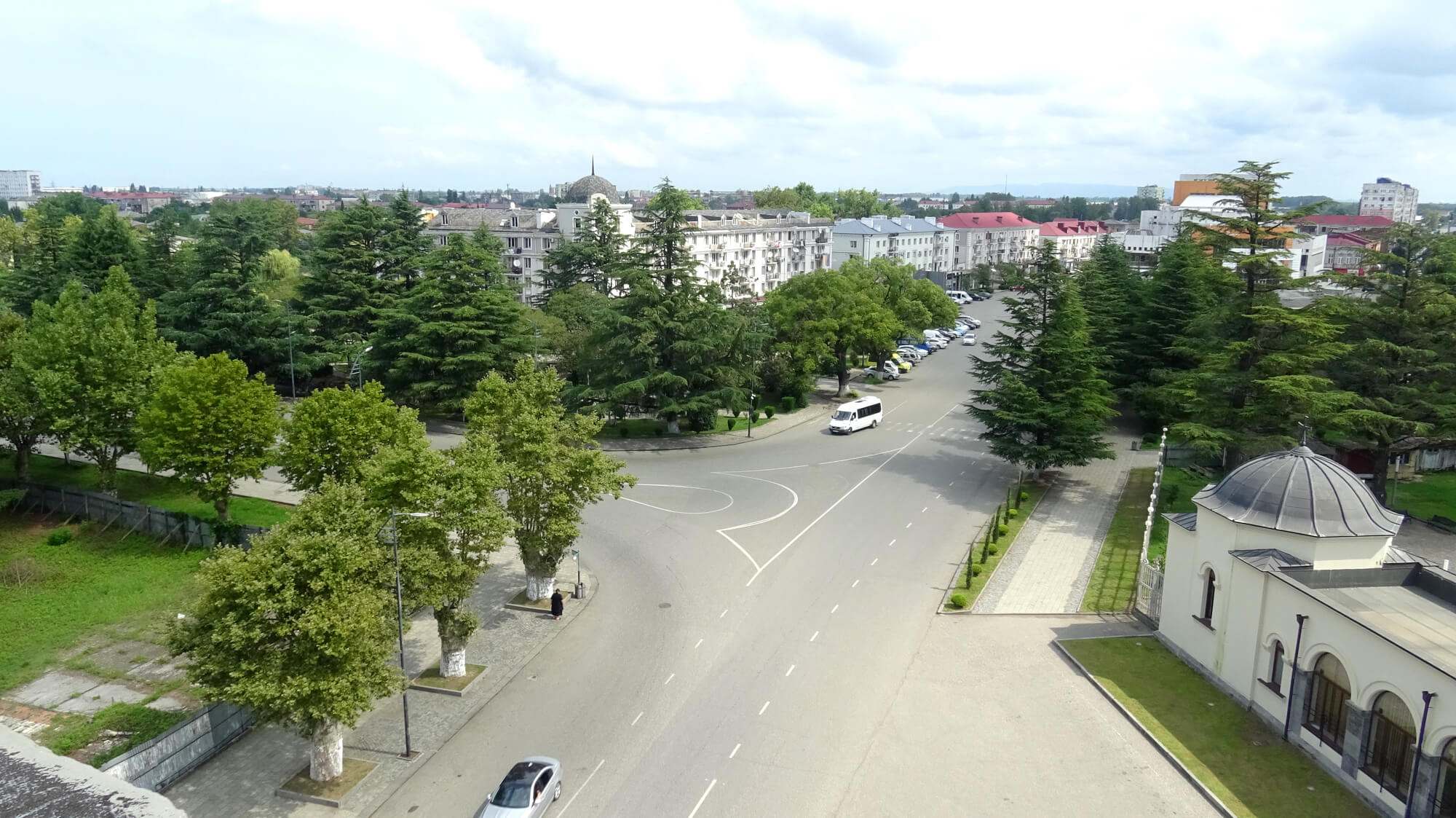 Poti is cozy and simple. During the walk we had the feeling that we went home. Photo by author.

The food in Poti is tasty and inexpensive. There are not as many cafes and restaurants as in Batumi, but you will always find a place to grab a bite or a hearty lunch. The average bill for two without liquor is 20-30 GEL. Ajarian khachapuri boats cost 4-8 GEL, chicken tobacco – 17 GEL, chikapuli – 11 GEL, a glass of Georgian wine – 5 GEL, and 50 ml of chacha – 4 GEL. 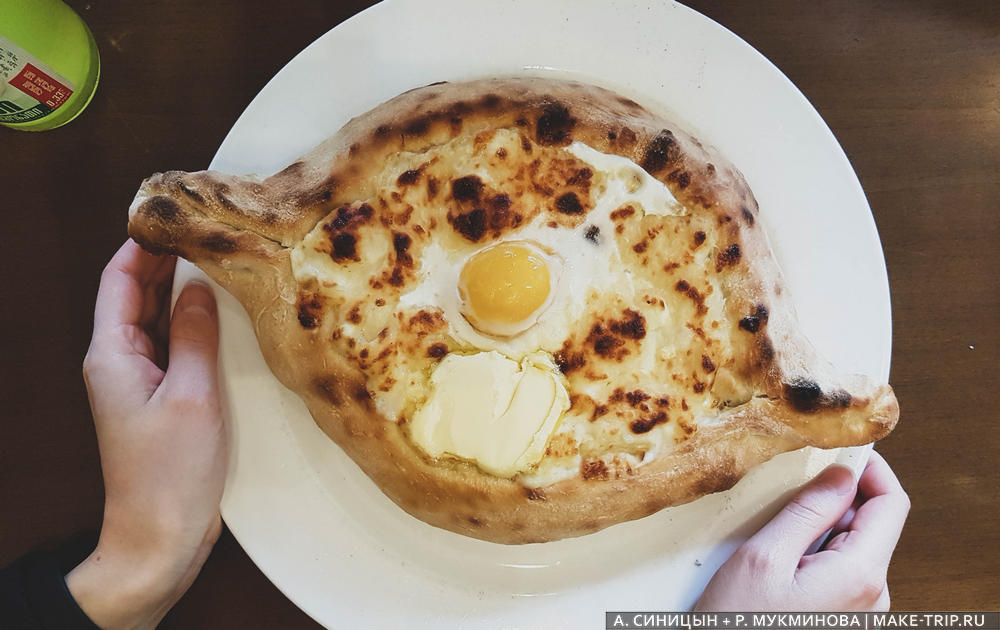 What to see and do

One of the main attractions of Poti is the cathedral of St. Andrew. A large beautiful temple was built at the beginning of the last century. Admission to it is free.

In the very center of the city you can see interesting monuments – the mother of Kolkheti, the writer Alexander Dumas and the Georgian prince Tsotne Dadiani, who lived in the XIII century. We liked the ancient tower of Poti, where there is a memorial museum of the first mayor of Poti – Niko Nikoladze.

READ
How to get from Tbilisi to Batumi - all ways

See archeologists’ findings at the Museum of Colchic Culture and visit the colorful Poti market. We bought Svanetian salt and Georgian spices there! Near the town there is a picturesque lake Paliastomi, which is part of the national park Kolkheti. It’s a wonderful place for nature lovers, anglers, and birdwatchers!

Leonid: “The cathedral, of course, impressed me. Stunning structure. Very beautiful. The area around the temple is also very nice”.

Tamara: “Lake Paliastomi serves as a resting place for many birds flying from Eurasia and Africa. Its waters are home to about a hundred species of fish. On the territory of the reserve there is an ancient tropical forest, which was formed millions of years ago and was not destroyed during the ice age. 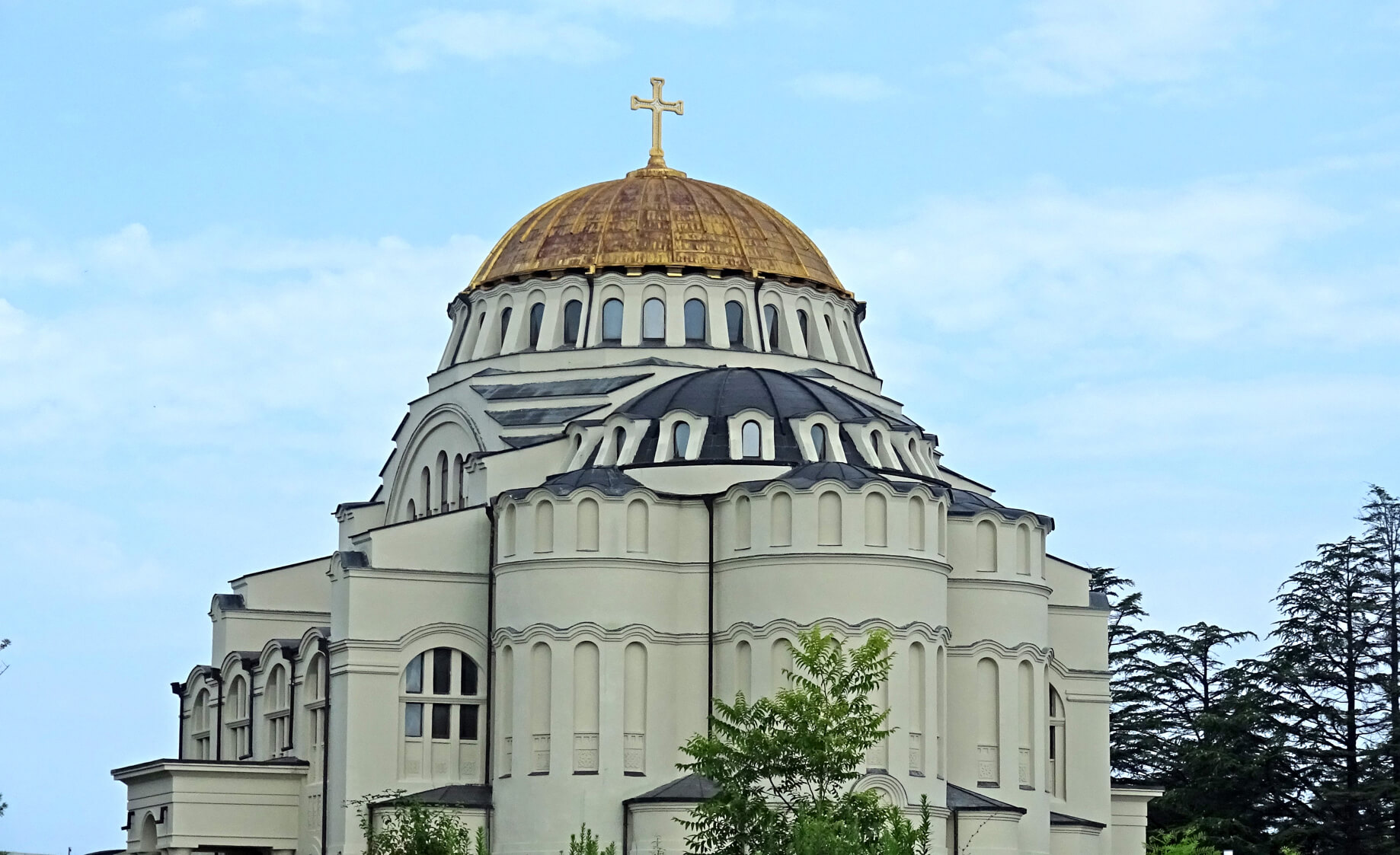 Saint Andrew’s Cathedral in Poti. Photo by the author.

It is interesting to come to Poti with children on an excursion. If you don’t want to stay here for the whole vacation, there are no beaches or amusements for kids.

Lena: “We stayed with my family for a week. The guys went fishing, they loved it”.

When it is better to go

If you do not focus on beach holidays in Georgia, you can come to Poti at any time of the year. For excursions and active tourism, spring or autumn, when there is no intense heat, are more suitable. If you want to combine cognitive tourism with swimming in the sea, come from late May to late October. The warmest sea water is in July, August and early September. However, it’s better to swim not in Poti itself but in Maltakva and Grigolleti, which have good beaches and easy entrance to the water.

Is it worth the trip?

Poti is difficult to call a full-fledged resort, but the sea gate of Sakartvelo is a memorable and pleasant place. Holidays here are suitable for anyone who wants to see the real Georgia, not a postcard version for tourists. The city is convenient to live in and travel to the sights of Poti and the surrounding area. For beach entertainment, you will have to go to Maltakva and Grigoleti.

READ
Rules and conditions for Russians to enter Georgia - 2022

A ship on its way to the port of Poti. Photo: Staff Sgt. Jason T. Bailey, USAF / wikimedia.org

In fact, Poti, Georgia, can’t be called a resort. It is a port city, where, of course, tourists come, but mostly for a day or two to see the sights. But if you still want to spend a holiday on the Black Sea in Georgia, then you can safely go there from late May to September inclusive. At the beginning and end of the season, from late August the prices drop several times. For example, if during the season a room in a guesthouse or hotel of 2-3 stars costs about 3 thousand rubles, then at the end and beginning of the season it will cost 650-1000 rubles. Everything will depend, of course, on the remoteness of the sea and the room itself. I was in September, so my vacation in terms of prices can be called economical. Paying 3000 and more I think here is nothing. I think there’s nothing much to do in seaside resorts, of which there are many on the coast in addition to Poti. There is no animation here. There are some mobile pavilions with amusement rides which arrive here for a season, as well as cafes and restaurants. It is possible to pass on souvenir shops, but the prices in them are realized overstated for tourists. It’s better to buy souvenirs in cities, such as Tbilisi and Kutaisi. For example, the most popular souvenir, a magnet for the fridge in Poti you can buy for about 5 lar, and in Kutaisi for 3 lar. The same goes for wine. Do not rush to buy everything at once in resort towns. It’s more expensive.

For a vacation with a child you should also choose months at the beginning or end of the season. Because in addition to prices in the season there are a lot of tourists in… read completely.

Which tours are worth visiting in Poti?

Poti is a small town on the Black Sea, but as a resort area, it barely counts. It is a port city, and the water next to it there are more attractive for tourism and travel towns and villages. These include Ureki, Kobuleti, and about 40 minutes away is the big resort town of Batumi. If you’re on vacation in Poti, I highly recommend to visit Batumi. There’s both a place to relax and something to see. If you’re traveling with kids Batumi will be especially attractive, because there is a stationary dolphinarium, one of the biggest in the world. The program runs twice a day at 12 and 5 pm. Children will definitely enjoy such a visit and a spectacle. Emotions guaranteed.

To go from Poti to Batumi you can go on your own by bus or minibus and spend about 10 lar (ie, 250 rubles), or take a tour of literally any travel agency in the city and go on a comfortable bus with a guide and an informative program. Tkemali Tour is a travel agency that we, the Russian tourists, have personally checked. Its representatives organize trips from most towns along the coast. Groups are combined. Guide Russian-speaking and very well informed. We used the services of this tour operator when organizing a trip to the mountainous Adjara and a visit to the winery, there was also a tasting. We also bought excellent wine. The prices are different. They varied from 15 lar to 40 and more. All depends on the brand of wine, the year, and the gift packaging.

What to see in Poti?

The Georgian city of Poti is divided into two parts by the river. In the northern part there are neighborhoods with individual buildings, there are also high-rise buildings and sea port, but in the southern part there is the center of the city with banks, restaurants, stores and markets, parks and cathedrals. There are few sights in Poti, but here are some of them are well known in Georgia, so that their photos can be seen even on many souvenirs.

READ
Where to go from Batumi: ancient fortresses, bridges, waterfalls and canyons 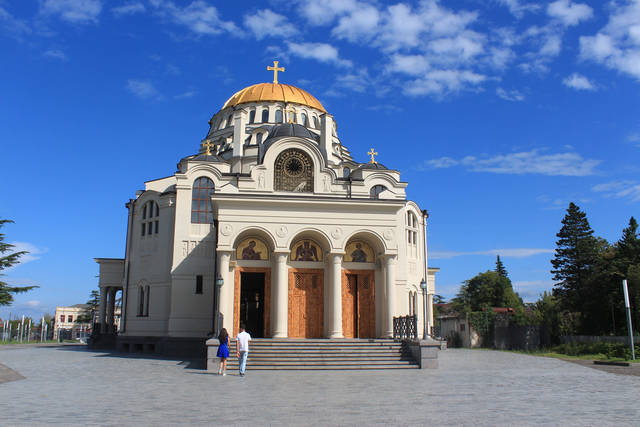 One of these attractions is the Cathedral of the city – the Church of the Blessed Virgin, which was built in the Byzantine style in 1907. During the Soviet period, as usual the church housed a library and then the theater, and then these institutions were closed. After the Soviet Union collapsed, the structure was restored to the look it had originally. Unfortunately, however, it was impossible to save the ancient authentic paintings on part of the walls, so the interior of the temple partially has a modern interior.

Also the oldest building of the city is Poti Tower, which is essentially the remains of an ancient Turkish fortress, built in 1640. It is located in the central park and now there are exhibits of the memorial museum of the famous Georgian figure N. Nikoladze.

Also quite remarkable in the city is the sculpture of the French writer Alexander Dumas-father, which was specially made in his honor, because he participated.

Georgia 0
Poti: vacation tips The port city at the mouth of the Rioni River traces

Georgia 0
Batumi: vacation tips We live in the Georgian city for half a year and

Georgia 0
Where to stay in Kvariati (Batumi) Great hotel. Rooms are new, balconies overlooking the

Georgia 0
Kobuleti: vacation tips We fell in love with Kobuleti at first sight! Pines on

Georgia 0
Grigoleti: vacation tips The village with a sandy beach near Poti is not as