Places of power in the Altai. How to recharge the energy.

Places of power are considered energoactive zones of the Earth – areas with an increased energetic background. This is a special point of the planet, a kind of channels of communication with the Cosmos and information exchange. In such places there is an active emission of the Earth’s energy.

It is believed that in such places there is an unusual energy impact on the person: the harmonization of the body and the positive mood, there may be spontaneous outbursts of emotions, manifestation of psychic abilities, immersing in altered states of consciousness. According to observations of travelers and local residents, in such places often occur all sorts of abnormal phenomena. And there are both positive and negative places of power. Therefore, if you don’t know the nature, you should not visit them. Prolonged exposure to negative energy may seriously affect your physical and mental health. Also, it is necessary to control your emotions and thoughts, because the places of power can increase their impact on people. 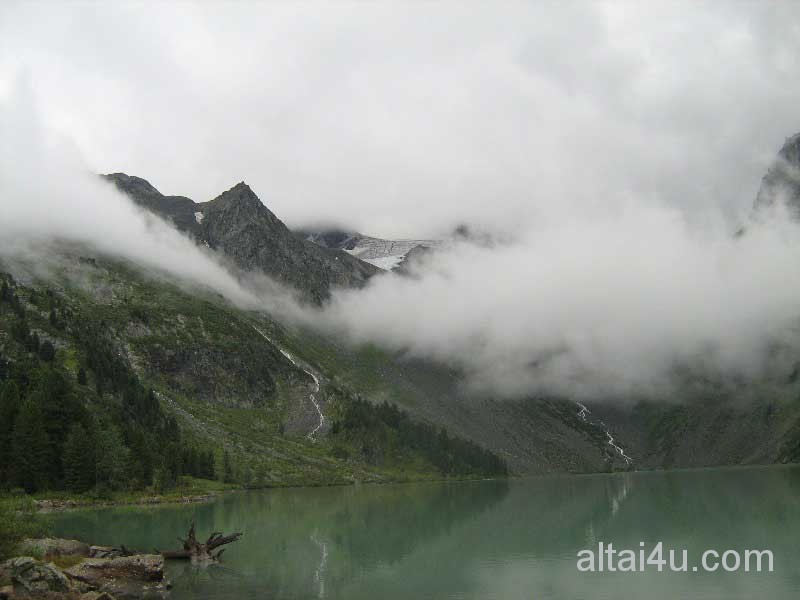 But if you set up positively – travel to such places will allow you to disconnect from the daily bustle, cleanse the soul and body, get in touch with the rhythm of nature and find inner harmony. Here you will leave your fears, there will be confidence, interest in a deeper and more conscious communication with people, the hidden resources of the soul will open. You will be able to detach from the everyday world and connect with nature. The boundaries of consciousness will expand and you will discover completely new sensations and experiences, of which you never knew existed before. Places of power help you to know yourself anew, realize your power and designate a path of its further development.

Traveling through the sacred places, you must remember that you can not use drugs or alcohol, turn on music, noise and profanity. It is extremely important to show a respectful attitude to a place of power: it is necessary to greet it, mentally explain the reason for visiting it, ask it to help you, thank and say goodbye to it. Otherwise, contact simply will not take place. For disrespectful attitude to a place of power can be severely punished.

READ
How to get to Altai: all ways

Often travelers strive to take something with them as a souvenir. This is possible only if the place of power itself has allowed you to do so. There are known cases when people miraculously stayed alive by breaking this rule.

Many places of power are located in the Altai Mountains.

Mount Belukha is not just a place of power in the Altai, but one of the centers of the planet, where you can recharge. There are many legends associated with it and it has long been considered sacred. Belukha is located exactly in the center of four oceans – at the same distance from it are the Indian, Arctic, Pacific and Atlantic oceans.

A famous artist, philosopher, researcher N.K. Roerich believed that Belukha Mountain is not only the geographical center of Eurasia, but also a place where the three great religions meet – Orthodoxy, Buddhism and Islam. A city of the future will be built in its vicinity, which will start a new era of civilization.

There are many sacred places along the Chuysky tract. Kalbak-Tash sanctuary and Chuysky Deer Rock (right by the highway). Elangash sanctuary at the foot of Iiktu Mountain (South Chu Range). Places of power are located in the valleys of the Yustyt and Bar Barguza rivers (Shaman Stone and others) and three megalithic complexes (stone structures) are near the village of Kosh-Agach.

Another significant place of strength in the Altai Mountains is the Ukok Plateau and the Tabyn-Bogdo-Ula mountain range. The locals believe that the pastures of the Ukok lie on the threshold of the heavenly vault. One may only speak here in a whisper, otherwise one might disturb the mountain spirits and bring great misfortune upon oneself. A mummy of a noble Pazyryk woman was discovered on the Ukok Plateau. It is now known as the “Altai Princess” and is in the museum of the Institute of Archaeology and Ethnography of the Siberian Branch of the Russian Academy of Sciences. Local residents believe that all the disasters, earthquakes that happened in Altai since the excavation of the burial of the Princess was not accidental – it was a punishment for the invasion of a sacred place.

The valley of the Karakol river is a unique place of power in the Ongudai region. There are many monuments of spiritual culture of different eras: petroglyphs, steles, burial mounds, and the mountain that rises above the valley is considered sacred. It is forbidden to come close to it, to take pictures or even to say its name out loud. Many residents of the Karakol valley exhibit unusual abilities and an urge for creativity. The valley is a protected area. The Uch-Enmek Karakol ethno-cultural park was created here. 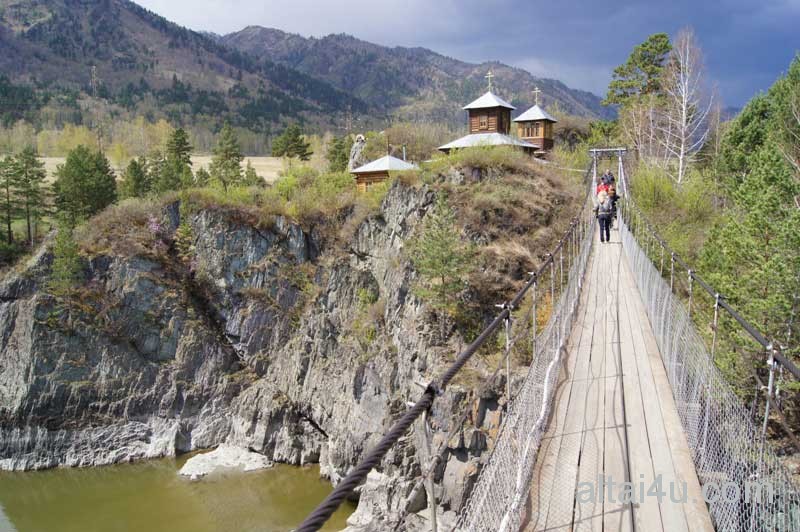 Patmos Island in Chemal is a very special place where you can recharge your energy. It is a huge rock in the middle of the Katun river, which for a long time could only be reached by swimming. Its name coincides with the name of an island in the Mediterranean Sea, and its history is closely connected with the development of Orthodoxy in Altai. St. Macarius regularly retired to the secluded island for prayer and claimed that there was no other place on earth like Patmos where he could hear the Lord so well. Now the temple on Patmos Island is one of the most visited places in the Altai Mountains, and many of those who have visited it feel the beneficial effects of this place. The best time to visit is from September to May, when there is no flow of tourists.

The impact of the places of power on each person is very individual. For people who are aggressive and selfish stay in the energy-active zones of the Earth is not safe, because the destructive forces embedded within them increase and turn against their carriers. This is how places of power warn those who are not yet ready to visit them. But for people with a positive attitude, they have a beneficial effect. Their energy potential increases, which they can direct to the realization of their goals.

READ
Trip to the Altai Mountains by car. Recreation savage. Where to go

If you want to expand the boundaries of your consciousness and discover the hidden inner resources, we suggest to go on a trip to the places of power Altai. Fill in the form “Order a tour”, and we’ll find a convenient route for you.

Have a nice rest! Sincerely, Your Altai.

If you liked this article, share it with your friends:

1. Places of power in Altai.

1.1 Places of Power in the Altai Mountains – a list

1. Belukha Mountain is perhaps the most famous place of power, praised by Roerich after his travels in the Altai.

2. KATUNSKY KHREBET – its peak is Belukha itself, there are several places of power on the Katunsky Ridge at once:

– YARLU VALLEY – the center of energy 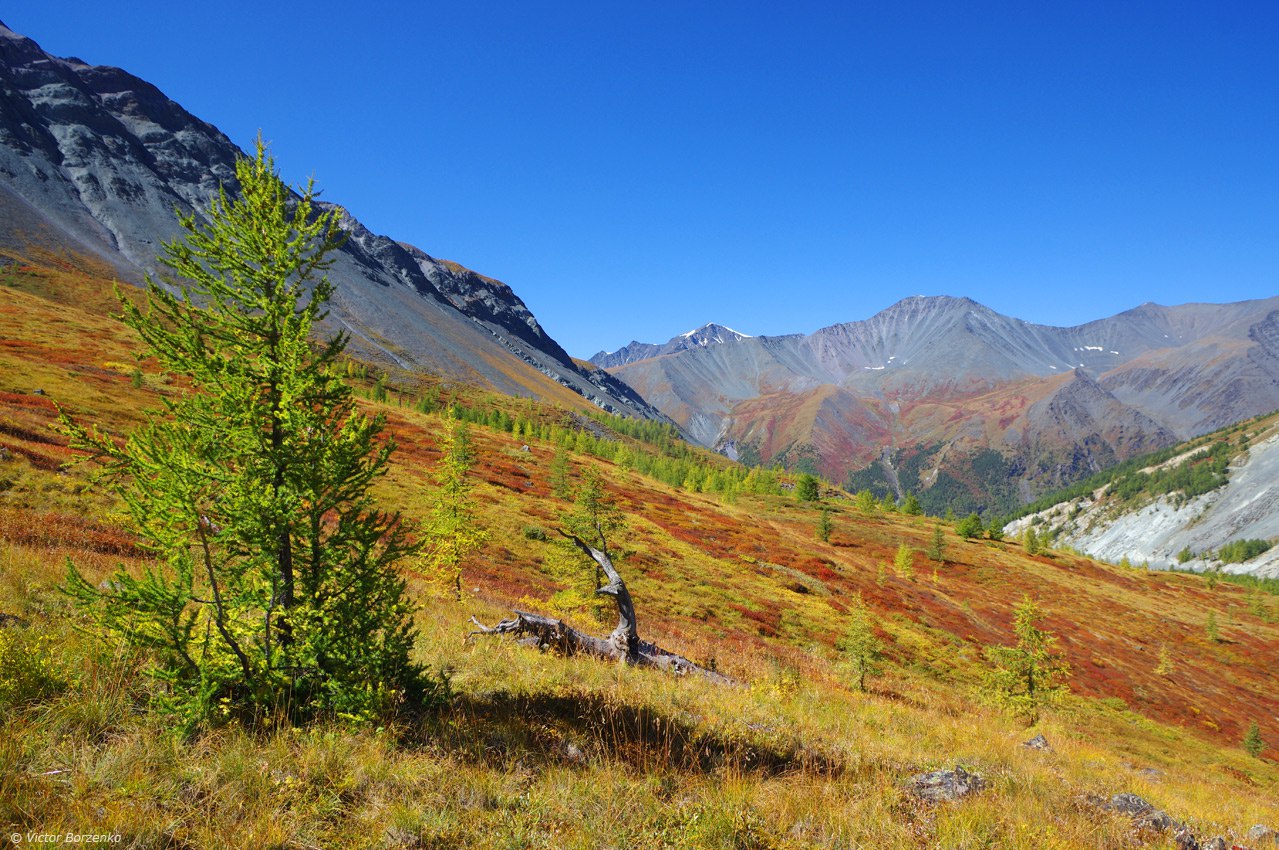 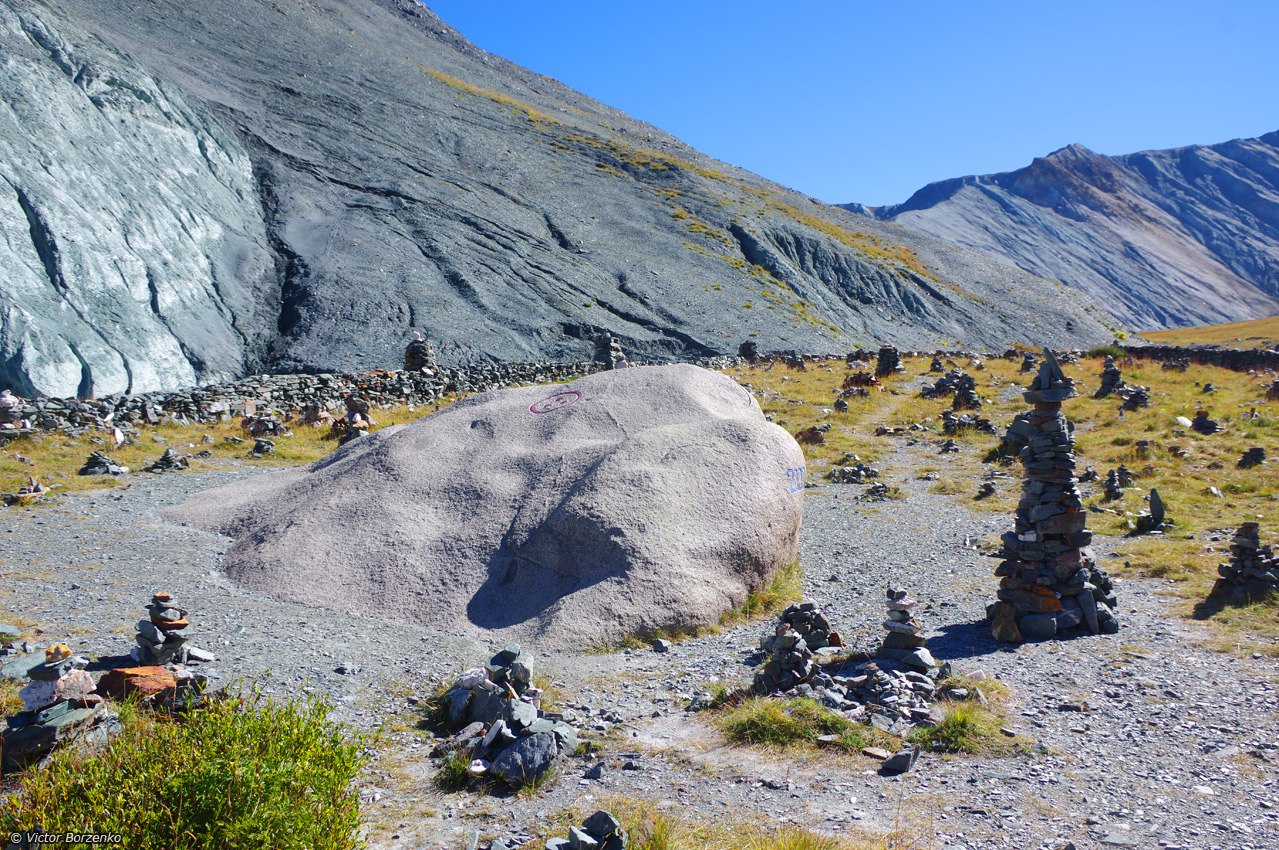 – Lake Akkem – the place of power, which gives health

– CONFLUENCE OF THE ARGUT AND KATUN RIVERS

3. The Ukok Plateau is one of the strongest and most important places of power in Altai. 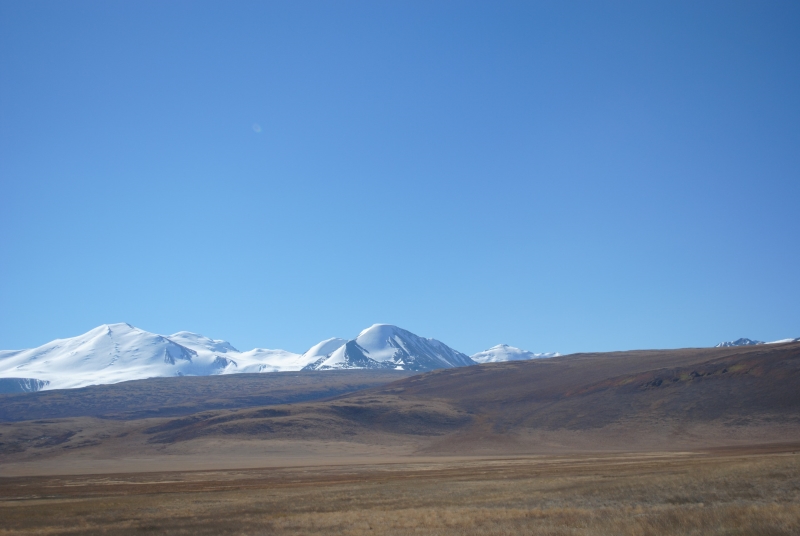 It is believed that you should speak here only in whispers, so as not to anger the local spirits. There is a unique set of sacred places on the Ukok Plateau:

– Mound of Ak-Alakha 3 – this is where the “Altai princess” was buried. This mound is an ancient burial ground.

– TABYN BOGDO-ULA MAGRAN, located on the border of three states: Russia, China and Mongolia. The Ukok Plateau is located right at the foot of this ridge.

One can reach the Ukok Plateau only through the Teply Klyuch Pass. Its unpredictability is explained by the protective mission and mystical features of the places of power.

4.Chuysky tract – there are several amazing places that can be classified as sacred: 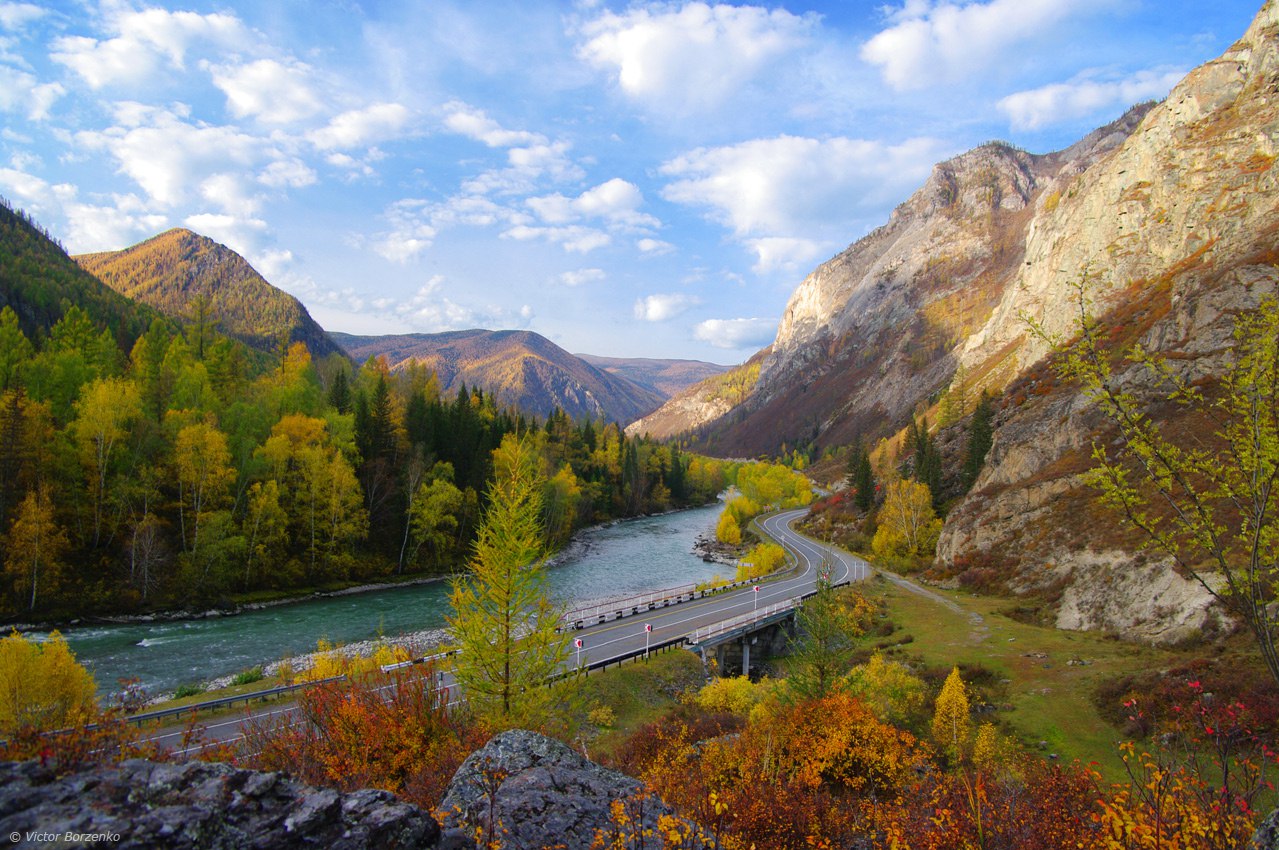 – THE CHUYSKI CASTLE STONE (right by the freeway).

– Yelangash Sanctuary at the foot of the Iiktu Mountain (South Chu Range).

– PLaces of power in the valleys of the YUSTYT and BAR-BARGOZA rivers (Shaman-Kamen and others).

– THREE MEGALITIC COMPLEXES (stone structures) BESIDE THE VILLAGE OF KOSH-AGACH.

5. There are also unique places in the village of Chemal:

– PATMOS ISLAND (the edge of the village)

– a rock with steep walls on an island right in the middle of the Katun river. Its history is related to the development of Orthodoxy in the Altai. Patmos Island is one of the most visited places of power in the Altai Mountains.

READ
The most beautiful and interesting places in Altai

6. KARAKOL VALLEY in Ongudai district is a unique place of power.

The mountain that is located above the valley is considered sacred – one cannot approach, take pictures, or pronounce the name of the mountain aloud. There are mounds, petroglyphs, steles monuments of different eras on the territory of the valley.

7. Mountain Spirits Lake is the sacred place of power located on the edge of the hanging valley of Kara-Oyuk at an altitude of 2500 meters. The lake can be climbed only if you are in excellent physical shape and in good spirits. It is located in Ust-Koksinsk district, four hours away from Akkem lake.

8. THE CONFLUENCE OF THE KATUN AND CHUYA RIVERS. Where the Katun and Chuya merge, the energy of these two rivers has a magical effect on health. The Altai people revere this place.

1.2 How to prepare for visiting a place of power

It is important to understand that Altai Power Places are not just tourist sites. They are territories that must be visited consciously, with a specific purpose and pure thoughts.

Altai 0
30 main attractions in Altai Altai Mountains are famous for its natural beauty. If

Altai 0
Tips on rest in Belokurikha – prices in sanatoriums and reviews of tourists. Belokurikha