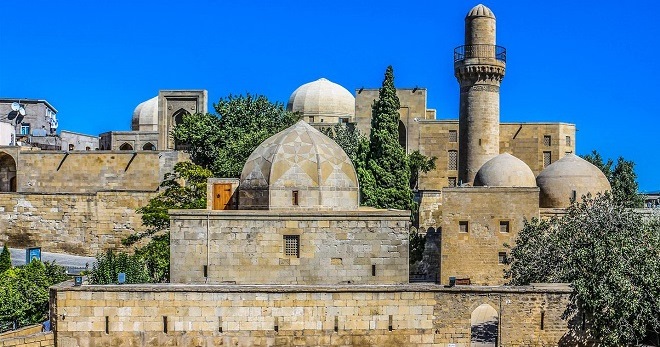 Azerbaijan is famous for various places of interest, the most important of which is UNESCO heritage. World Organization has been working for over 25 years in territory of republic, expanding and covering different spheres of its activity. At the moment there are sites in the country that are already protected, and there are those that claim to be included in the protection list. All of them are especially popular among tourists and are important for the state.

The list of the World Organization includes not only landmarks, but also holidays, national art, the peculiarities of carpet making and cooking some dishes, playing musical instruments and horseback riding. Tourists are told about these intangible cultural UNESCO sites by guides and locals and can get acquainted with them on certain days or at some events.

Below is a list of attractions of Azerbaijan, which are protected by UNESCO. They include:

Today Azerbaijan has several attractions that are candidates for inclusion in the list of the World Organization. The most famous of these are considered to be: 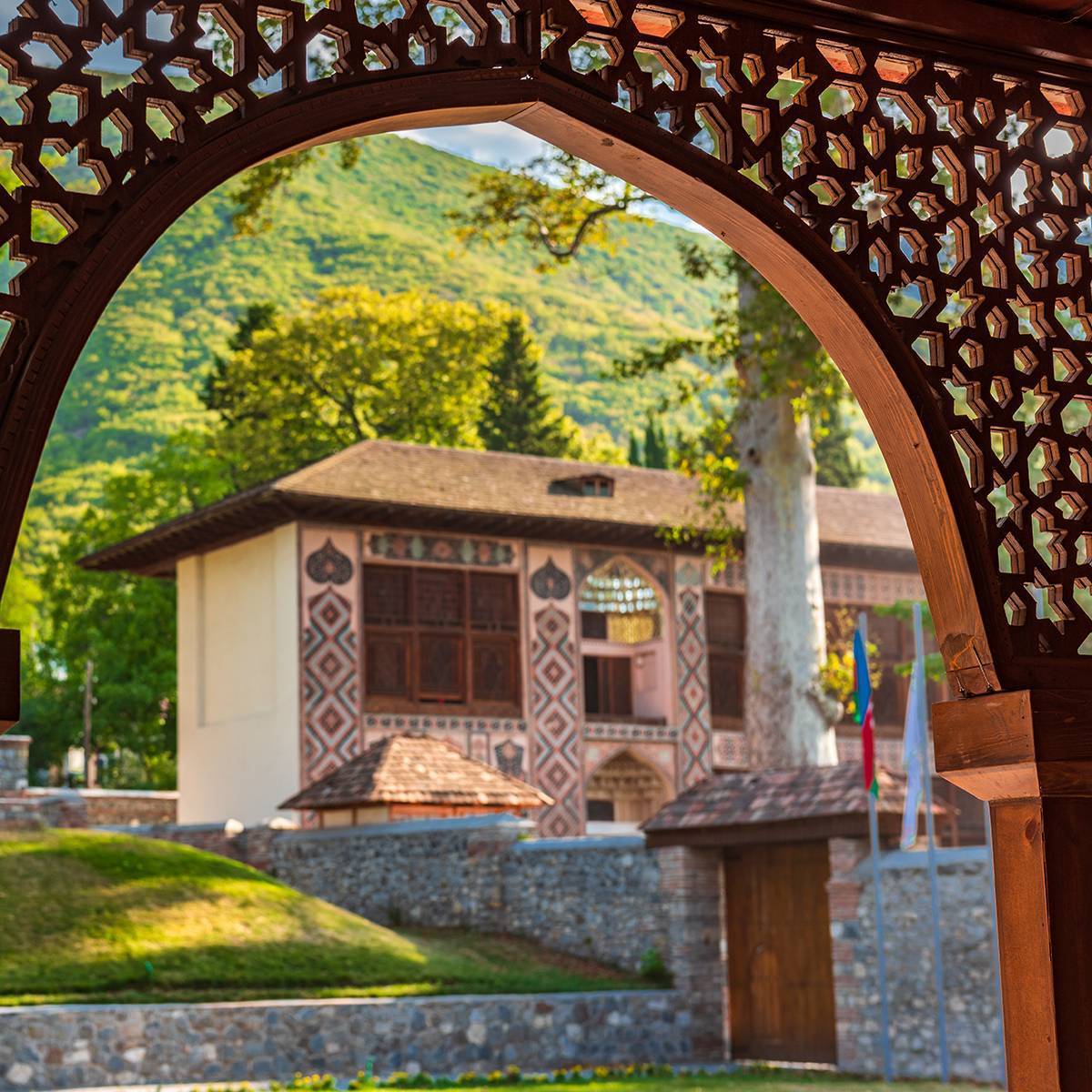 Now, while there is no opportunity to travel, it is time to learn more about the history and culture of neighboring countries. Today we will talk about the cultural heritage of Azerbaijan – we hope that very soon we will all have the opportunity to see them with our own eyes.

The Palace of Sheki Khans and the historical center of Sheki

Sheki city, located at the foot of the Greater Caucasus Mountains on both sides of the Gurjan River, is 5 hours drive from Baku. The palace complex, located here, was a summer residence of the Sheki Khans. This architectural monument of the Hanateb empire was built in 1762 by Khan Hussein in the upper part of the town on the territory of the castle, which is surrounded by plane-trees.

The city of Sheki itself was an important point on the Great Silk Road, a historically established trade route that connected the East and the West. By the 19th century, thanks to its strategically advantageous location in northwestern Azerbaijan, the city had become an international center of silk production. While the old, northern part is built in the mountains, the southern surroundings go down to the river valley.

The ancient art of shebeke, for which Azerbaijani artisans are famous, can be seen everywhere here, especially on the windows of the Sheki Palace. Stained glass windows in wooden structures are assembled without nails and glue – it is an amazing craftsmanship that has turned the Khan’s palace into a work of art, because there are 5,000 elements of shebeke assembled together.

You can see a 3D panorama of the palace here.

Icherisheher is located in the center of Azerbaijan’s capital and was the first site in the country to be added to the World Heritage List in 2000. This is where the history of Baku begins. It existed as a small settlement in ancient times – artifacts dating back to the VI-I centuries BC were discovered here during excavations. After that, the economic and cultural development of the city continued under the influence of different rulers – until the 11th century the territory was under the rule of the Arab Caliphate, then the Shirvanshah dynasty moved its residence here.

The palace of the Shirvanshahs began to be built presumably in the 12th century and is located in the highest part of the Old City. The palace complex also includes a tomb, a divankhane, a mosque, an eastern portal, the mausoleum of Seyyid Yahya Bakouvi and the Murad Gate. The main palace is built of light stone and beautifully reflects the warmth of the sun, which in Baku is more than enough. The upper windows are decorated with carved lattices. The palace has about fifty different purposes, but only 27 rooms of the ground floor have been preserved in their original form.

Maiden Tower rises in the coastal part of Icherisheher and is one of the main symbols of Baku. This unique construction in the east has no analogues, and it is also interesting that historians have never come to a consensus about its purpose. It is not surprising that on this ground have appeared many legends, which are gladly told by local guides. The most widespread version is that the tower was built in the pre-Islamic period and served as a funerary structure. Now the Maiden’s Tower is a museum, and there is an observation deck on top of it.

You can take a virtual tour of the Old City right now. Scroll down and click “Select 3D Tour”.

60 km south of Baku, in the territory of Absheron and Karadagh regions is one of the most amazing sights preserved since ancient times. Here, in 30’s of last century, more than 6 thousand rock paintings were accidentally discovered. The paintings depict flora and fauna of the area and graphically show 40 thousand years of rock art history.

It is interesting that some of the female characters can be found with tattoos, which is very unusual for the Central Asian area. You can also see scenes of hunting, harvesting, ritual dances and battles – everything that was characteristic of people from the Mesolithic to the Medieval era. In some of the rock art subjects, there are boats, indicating that people were already out at sea back then. There is even an inscription in Latin that was left by Roman legionaries during their numerous campaigns.

READ
Baku Airport: how to get to the city center

You can take a virtual tour of the Gobustan reserve here.