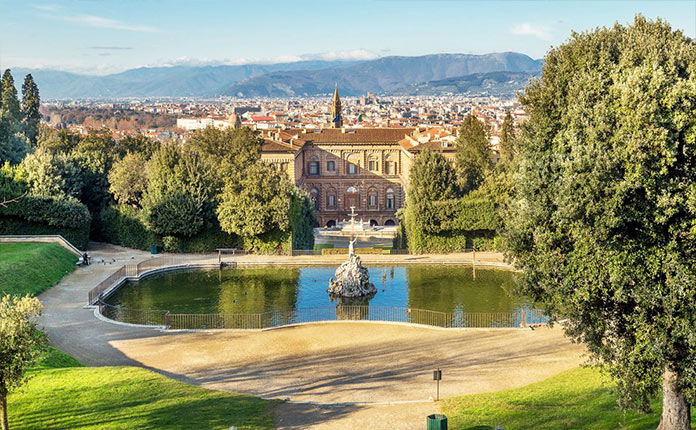 Florence is an amazingly beautiful city. Palaces, cathedrals, galleries, museums attract many tourists with their unique architecture, a huge number of masterpieces of painting and sculpture. One of the most visited attractions in Florence can safely call the Boboli Gardens (Giardino di Boboli).

This park complex, created in the XVI century , attracts visitors with its perfect landscape design, sculptures, interesting architectural structures. A brief description of the gardens is present in all Florence brochures. Photos of the gardens cannot fully convey the elegance and grace of this place, its energy. In 2013, the park complex was included in the UNESCO list .

Where are the Boboli Gardens

The park is located just behind Pitti Palace.

History of the Boboli Gardens

The Boboli Gardens are first mentioned in 16th century documents when Cosimo I, ruler of Florence, bought the Pitti Palace. When the duke’s wife was viewing the palace, her attention was drawn to the large hill behind the palace, from whose summit the city was literally on view. Eleanor of Toledo decided that this place was ideal for a luxurious park, which would be a symbol of the power and wealth of the Medici family .

This is interesting. The Pitti Palace was originally built for the merchant Luca Pitti, who was an opponent of the Medici family and built the structure with scope precisely to outshine the dukes’ possessions with luxury. Ironically, a few decades later the palace becomes the property of the Medici and a symbol of their power.

Several of Florence’s best architects and gardeners worked on the creation of the park. The results of their work can be judged by the fact that for a long time Boboli Gardens were the model by which royal parks were created in European countries. For example, the park area of Versailles. 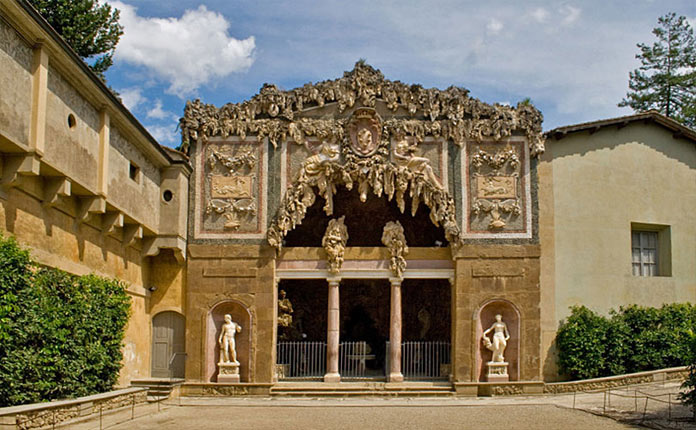 Each generation of the Medici family made changes, additions and expansions to the gardens. Decorative structures, sculptures, and fountains appeared in the park.

As long as the Medici were the rulers of Florence, the Boboli Gardens were used for receptions, ceremonies, and other events. It was here that opera singing was first heard. Subsequently, all the Tuscan nobility sought to get to the receptions of the Medici to enjoy the art of opera. By the way, you can still listen to the opera in the gardens.

Today the Boboli Gardens are a museum of garden art. Wikipedia reports that the area of the park is 4.5 hectares . The gardens were open to all in the 18th century. For several centuries, it has been a favorite resting place for both residents of Florence and visitors to the city. The feedback from tourists who have been in the gardens is unequivocal – a trip to Florence should definitely include a visit to the Boboli Gardens.

The area of the park

The gardens are divided into several sections, with axial gravel paths and alleys. There are two main perpendicular paths in the park and they intersect near the Neptune Fountain. You can stroll along numerous secondary paths decorated with statues and fountains. You can see terraces and glades, ancient structures and grottoes.

The main trail starts from the amphitheater and leads to the back of the Pitti Palace. The trail is very picturesque, with oaks and cypresses growing along it.

It’s interesting. During his stay in Florence, Fyodor Dostoyevsky often walked the alleys of the park with his wife. It was one of the writer’s favorite places.

The Amphitheatre opened in 1551, it was one of the earliest structures of the park and was used for theatrical performances. About 45 years after the opening, the stairs were completed, and the statues of marble became a decoration of the XVII century. In the central part of the amphitheater is an obelisk, brought to Florence from Egypt.

This is interesting. It was in the Boboli Gardens that opera was first heard, and performances of opera singers are still held here today. 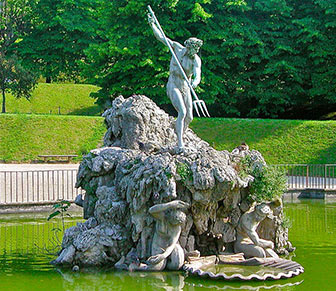 The trail passes by the Neptune Fountain, which was created in the 18th century . The pond in which the fountain is located is artificial. Water from the pond is used to water the plants in the park. The fountain is a sculptural composition consisting of a base and a figure of the god of the sea with a trident. The fountain is also decorated with statues of newts and naiads.

Not far from the fountain are Roman sculptures . After walking a little ahead and climbing the stairs, visitors will find a hall with sculptures of muses.

A little further is a sculpture – a dwarf on a turtle. Usually sculptors depict perfect human bodies, the statue of a dwarf against this background looks unusual. Maybe that’s why the figure of a naked fat man who sits on a turtle is a success with tourists, rarely anyone is not photographed against this strange statue.

Did you know? Almost all of the sculptures in the park are exact copies, the originals are preserved in the vaults.

The knight’s garden is a section of the park on the hill, it is from here you can enjoy a beautiful panorama of Florence . This area is planted with many flowers, mainly dahlias and roses. Here is the “Fountain of Monkeys”. The main architectural structure is the Casino del Cavaliere . Here the princes of Tuscany entertained themselves with gambling. Today the building houses a museum of porcelain tableware.

Artificial caves are of great interest to tourists .