Budapest Museums – An overview of the 14 most interesting museums

Budapest museums tell about the history of Budapest and Hungary, displaying the works of world famous masters, Hungarian artists, contemporary art. In total, Budapest has more than 200 museums. We offer a review of the most interesting museums.

Most museums of Budapest work from Tuesday to Sunday, the day off – Monday. Up-to-date information can be found on the official websites of the museums.

On national holidays, Budapest’s state museums are open for free. Last Sunday of the month free admission to public museums for young people under 26 years and minors accompanied by a relative (maximum 2 people).

Budapest Tourist Card entitles you to free or discounted admission to Budapest’s museums and public transportation.

Budapest History Museum (Budapesti Történeti Múzeum) is located in a wing of the former Royal Palace in Buda. Museum tells the history of the city and the people who lived on its territory since prehistoric times. The museum exhibits fragments found during the restoration of the Royal Palace, by which one can trace the stages of its construction from the early Gothic to the Renaissance.

Hungarian National Gallery (Magyar Nemzeti Galéria) is the leading art museum in Hungary. The collection of the gallery was collected for 120 years, it presents only the works of Hungarian artists or created on the territory of Hungary. The gallery’s collection contains more than 100,000 works of art, including Gothic triptychs, works by famous 19th-century Hungarian painters and sculptors Miklos Barabas, Gyula Bentsur, Viktor Madaras, Mihai Munkaci and others.

Hungarian National Museum (Magyar Nemzeti Múzeum) – the first public museum in Hungary, founded in 1802 on the basis of the collection of Count Ferenc Szechenyi. The building of the National Museum is a typical example of neoclassicism. In the 20 halls of the museum there are more than 3,500,000 works of art, including the crown of Monomakh and the corsage of the Austrian Empress Elisabeth of Bavaria (Sisi).

Military History Museum (Hadtörténeti Intézet és Múzeum) is located in the former barracks. Its exposition reveals the history of the Hungarian wars and battles. The collection includes weapons, uniforms, banners, medals, military maps and documents, paintings and models. Along the walls of the military museum cannons are on display.

Museum of Fine Arts Budapest (Szépművészeti Múzeum) is located in a neoclassical building on the Heroes’ Square. The museum is Hungary’s largest collection of foreign art. The exhibition consists of 6 sections: Ancient Egyptian and Ancient art, antique sculpture, graphics and prints, new and old masters. The collection of the museum includes works by Rembrandt, Goya, El Greco, Rodin, Toulouse-Lautrec, Monet, Manet, Cézanne and other prominent masters.

Museum of Applied Arts in Budapest

The Museum of Applied Arts (Iparművészeti Múzeum) is housed in one of the most beautiful Art Nouveau buildings, built in 1893-1896. It presents a unique collection of Hungarian and European art since the beginning of the 16th century. Among the exhibits are jewelry of Esterházy family, ceramics of Zsolnay factory, works of bronze, glass, porcelain, textile, musical instruments, tableware and furniture.

The Ludwig Museum of Contemporary Art in Budapest was founded in 1989 by a German couple, Peter and Irena Ludwig. The initial collection consisted of 12,000 works of art. The museum exhibits works by Pablo Picasso, American pop art, works by contemporary Hungarian artists and authors from socialist Hungary.

READ
Budapest Airport: How to get downtown

Before the reconstruction, the museum was in the building of the former Palace of Justice opposite the Parliament, now the museum has moved to the City Park, where an ethnographic village is being built. The new building of the Hungarian Ethnographic Museum (Néprajzi Múzeum) with its large roof garden is interesting in itself. The museum has an incredibly rich collection of folk art exhibits, historical photographs, recordings of folk songs, films and materials that show the culture of Hungarians and other peoples on the territory of Hungary.

Museum Hospital in the Rock and Nuclear Bunker

The Hospital Museum (Sziklakórház), built during World War II, was a secret facility until 2002. The bunker is located deep in the Buda Fortress Mountain. The underground structure remained topical throughout the Hungarian Revolution and the Cold War. The exposition of the hospital museum includes authentic medical equipment and apparatus, 200 full-size wax figures.

Museum of Underground Railroad in Budapest

Museum of Underground Railroad (Földalatti Vasúti Múzeum) is located under the Deák Ferenc tér square in the underground passage. The museum tells the history of Europe’s first subway (1896). The track section in the tunnel of the old subway shows 3 original cars, models, photos, documents of that time. The final part of the exhibition shows the stages of construction of the first Budapest subway.

The Palinka Experience Budapest is a small interactive museum which tells and shows how the production and consumption of palinka has evolved over the past centuries and its special role in Hungarian culture. You can buy an admission ticket to the Palinka Museum with different numbers of tastings or a combined ticket Palinka Museum + Széchenyi Baths (popular offer).

The Terror Háza (Museum of Terror) was opened in 2002 on Andrássy Avenue, the site of the former quarter of ÁVH – the Hungarian secret police. The exhibition is dedicated to the victims of fascism and communism. After the reconstruction the museum building was turned into a monument.

READ
Where to stay in Budapest: 9 options from 40 €

The Aviation Museum (Aeropark) is located next to Terminal 2B of the Budapest Liszt International Airport. The open-air museum presents the history of Hungarian civil aviation over the past 60 years: Malév civil aircraft, Soviet Il, TU, Yak, Mi, An and airport maintenance equipment. With the help of an aircraft simulator, visitors can try to fly the plane themselves. 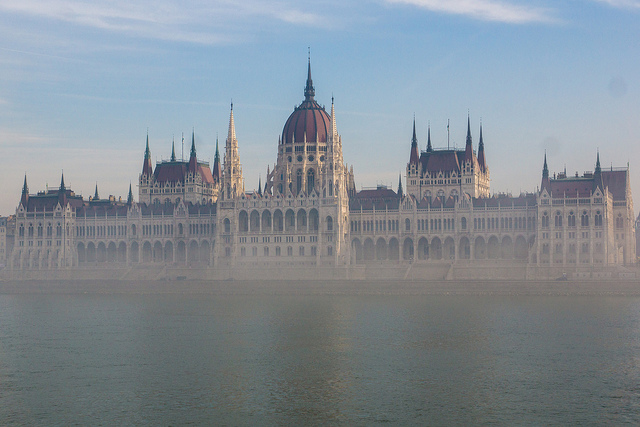 If you’re planning a cultural vacation in Hungary’s capital city, you’ve come to the right place – we’ll tell you which days you can visit Budapest’s museums for free.

Look for author’s interesting tours on Sputnik and Tripster sites. Individual and group, without the crowds of tourists and in Russian.

Save in the capital of Hungary, visit the museums of Budapest for free, you can not: since some time they are paid. Unlike London or Berlin, there are almost no free museums in Budapest. Typically, almost all of Budapest’s museums open their doors to visitors during the Hungarian national holidays: March 15, August 20 and October 23.

Some museums are free to enter with a Budapest Card, while others are free if you have an ISIC card.

Persons under 26 years and children under 18 (not more than two relatives as accompanying persons) some museums allow free admission to their exhibitions only 1 day per month.

However, in museums of Budapest are constantly operating various discounts – information about the conditions better find out on the official sites of museums.

Since Budapest is not rich in free museums, we advise you to buy a Budapest Card. It allows you to travel for free on public transport, museums and tours and has many discounts on events and activities. 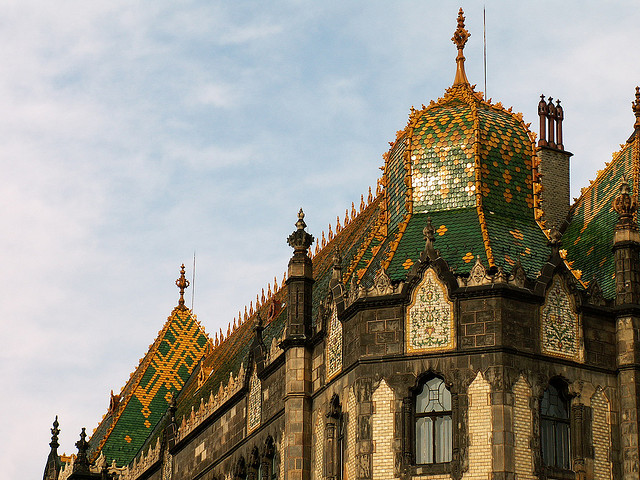 READ
9 ideas for a 1-day trip from Budapest

Free admission during the Hungarian National Holidays (15 March, 20 August, 23 October). With Budapest Card you can visit the permanent exhibition of the gallery for free. 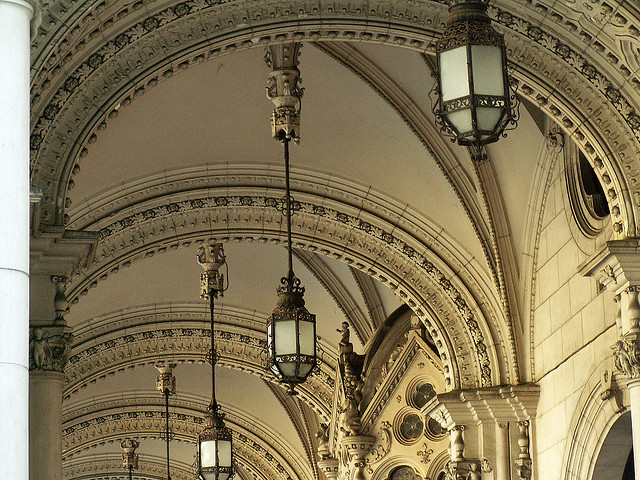 Free admission to the permanent exhibition on the third Saturday of the month for persons under 26 years of age and for two parents or close relatives accompanying children under 18 years of age.

Free for all visitors during the Hungarian National Holidays (15 March, 20 August, 23 October). Free admission to the permanent exhibition on the first Saturday of the month for under 26 years old and for two parents or close relatives accompanying children under 18 years old.

Free admission on the first Saturday of each month and during national holidays.

Free admission with Budapest Card. For those with International Student Card, free on the first Saturday of the month.

Free admission on the last Saturday of the month for visitors under 26 years of age and for two parents or accompanying close relatives of children under 18 years of age. Free for all visitors during Hungarian national holidays (March 15, August 20, October 23).

Free admission every last Sunday of the month to persons under 26 years. Free for all visitors during Hungarian National Holidays (March 15, August 20, October 23).

The Hungarian Museum of Science, Technology and Transport

Free admission on the first Saturday of the month for under 26 years old and for two parents or close relatives accompanying a child under 18 years old. Free for all visitors during Hungarian national holidays (March 15, August 20, October 23).

Hungary 0
Reviews of holidays in Hungary Hungary, it’s different for everyone.Hungary, thanks to Wizz Air,