4 ways to get to Abkhazia

How to get to Abkhazia in 2022: by train, car, water and air. What documents you need to draw up to travel from Russia to Abkhazia.

The difficulty of traveling to Abkhazia is that it is another state, and it is necessary to cross the border. It means that you will need, firstly, to issue a number of necessary documents, and secondly, to pass the procedure of crossing the border, which may last from a few minutes to several hours.

Documents for travel to Abkhazia from Russia

Fortunately, entry into the Republic of Abkhazia is possible both with a foreign passport and with an internal passport of a citizen of the Russian Federation. At the border crossing information about unpaid fines, alimony debt or a loan can be discovered. In this case you will have to say goodbye to your dreams of Abkhazia and remain in the Krasnodar Territory.

If a child travels to Abkhazia, he must have a birth certificate with a note of citizenship, or a Russian passport. If a child crosses the border with one parent, the permission of the other is required, if the child travels without parents at all: with grandmother, with a tourist group, a notary certified consent is needed from both parents.

Excursions in Abkhazia – Sukhum and surroundings

The most interesting excursions are itineraries from locals on Tripster . We recommend the trip from Sukhum “Waterfalls of Tsebelda Valley” and the trip “Lake Ritsa and Gegsky Waterfall” (you will drive along the serpentine, where the scene of Sherlock Holmes and Moriarty fight was filmed, you will see the most picturesque landscapes of Abkhazia).

How to get to Abkhazia by plane

Unfortunately, planes from Russia do not fly to Abkhazia. There is an airport in Sukhumi, but flights are domestic only. So one can fly from Russian airports only to Sochi, Gelendzhik, Anapa and Krasnodar. The nearest airport is in Adler, near Sochi. From there to the border with Abkhazia is 6 kilometers.

READ
How much it costs to holiday in Abkhazia - 2022. We calculate!

Ticket prices from Moscow to Adler for a year in advance:

You can fly to Adler from almost anywhere in the Russian Federation. So, a flight from Moscow and back in the peak season (mid-July) in economy class will cost about 5-7 thousand rubles per person, from Kurgan and back – 12-15 thousand, St. Petersburg-Adler-Saint Petersburg – 8-12.5 thousand, Yekaterinburg-Adler-Ekaterinburg – 12.5-13.5 thousand, Novosibirsk-Adler-Novosibirsk – 11-15 thousand, Vladivostok-Adler-Vladivostok – 25-27 thousand. Ticket price depends on the airline. Prices taken from aviasales.ru.

From Adler Airport to the border with Abkhazia you can take a minibus in 10 minutes. For the ticket you will have to pay about 200 rubles. A cab will cost 1.5-2 times more, but for a group of 3-4 people the trip will be cheaper. Bus number 173 will cost 25 rubles, but it takes about 40 minutes.

How to get to Abkhazia by train

There are several direct trains from Moscow to Abkhazia (travel time about 2 days):

There is also a train №580B “Belgorod-Sukhum”, which runs on even-numbered days, bypassing Moscow, via Voronezh. Train #487Y “Samara-Sukhum”, goes on odd-numbered trains via Penza. Trains go through the following Russian cities: Tula, Lipetsk, Rostov, Armavir, Krasnodar, Tuapse, Tikhoretsk station. If you decide to go by train from other Russian cities, you will need to change in Moscow, St. Petersburg or one of the cities through which the train route to Sukhum. In Pskov you can buy a ticket for any even number in the non-stop carriage of train No. 010Ch. In Moscow, the car will be attached to another train that will take you to Sukhum.

In 2016, an electric train from Adler to Gagra via Tsandripsh started running. Travel time is about 2 hours, including a stop at the border for 30 minutes. There are 4 trips a day.

A significant advantage of traveling to Abkhazia by train is that you do not have to get out and make transfers at the border. The procedure of checking documents by border guards takes place directly in the car.

Prices of trains to Abkhazia from Moscow

A plane ticket from Moscow to Sukhum costs approximately 2.5 thousand rubles and a compartment – 4.5 thousand one way. You can get in Abkhazia in such resort settlements as Tsandripsh, Gagra, Gudauta, New Athos.

How to get to Abkhazia by car 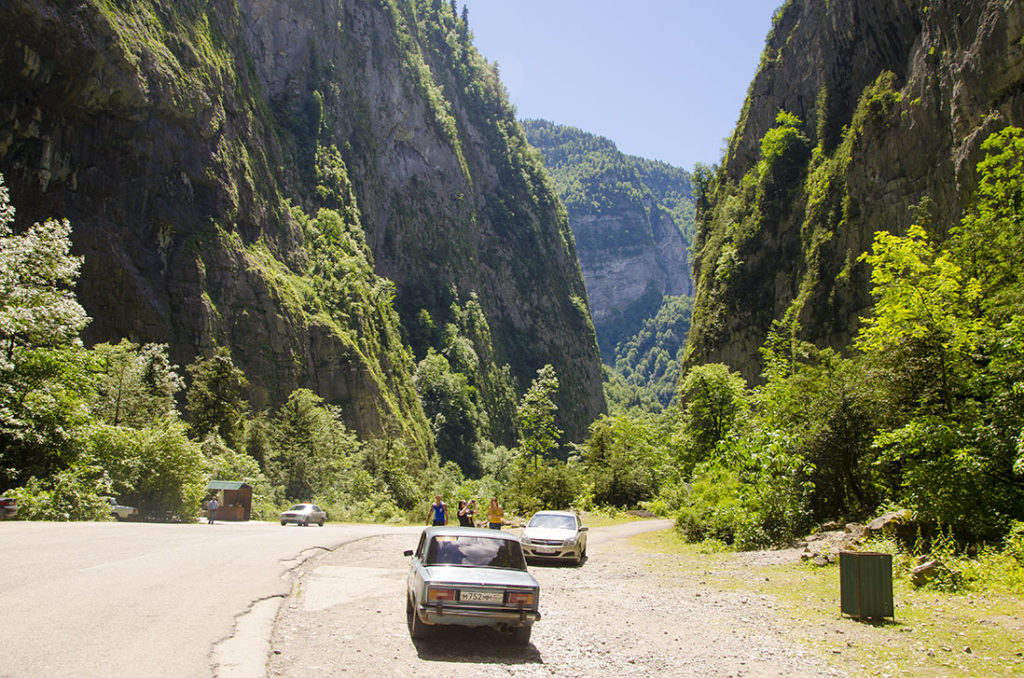 Abkhazia – how to get by car

On any day, from any city, taking documents for your car (vehicle registration certificate, driver’s license, a general power of attorney for someone else’s car) and passengers, you can travel to Abkhazia by car. You can take a tent with you and stay overnight in one of the many camping sites. If you plan to stay in Abkhazia for more than a month, you will need to register your car temporarily.

The difficulty of the trip is crossing the border, or rather waiting in line to pass through the checkpoint. In the peak season there are huge queues. In order to somehow reduce the waiting time, it is better to plan the border crossing for early morning on a weekday.

How to get to Abkhazia by water

Every day at 10 o’clock in the morning you can take a catamaran from Sochi to Gagra. You have an hour and a half of trip and you are in Abkhazia. You have to buy a ticket one day before departure. By the way, you can go back the same evening. The cost of adult one-way ticket is 500 rubles or more, for children – 250 rubles. It is noteworthy that the ticket price is 100 rubles cheaper on even days than on odd.

READ
Resorts of Abkhazia. Where and when it is better to have a rest.

That’s all the wisdom of traveling to Abkhazia in 2022. It is also worth noting that you can pay in the country in Russian rubles.

How to get to Abkhazia

However, only the residents of Moscow and St. Petersburg, and in the summertime Samara and Belgorod can use this way. Well as the passengers of the stations on the way.

Cities on the way 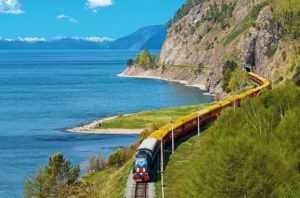 Train operates only in summer time. Departure from the Kursk train station.

READ
Private sector in Abkhazia. Prices - 2022. How to choose.

From other cities in Russia you need to buy a train ticket to Adler.

And if you’ve already booked accommodation in Abkhazia, if not, be sure to see options for accommodation without intermediaries and prepayment Hotels and private sector

Also it will be useful to know how to cross the border, and what documents are needed to get there, read The Border between Russia and Abkhazia.

How to get to Abkhazia by Airplane 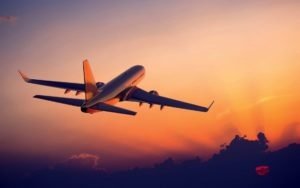 If you decide to go to the Republic of Abkhazia by plane, you should know that this country has no airport serving regular passenger flights, because the Sukhumi airport has not passed international certification. Therefore, to reach Abkhazia by plane you need to fly to the airport of Sochi (Adler).

From the airport of Sochi to the Abkhazian border is a distance of 12 kilometers. And you can reach the border in 20-30 minutes by cab or bus. How to get to the border read our article How to get from Sochi airport to Abkhazia.

Also it will be useful to know how to cross the border, and what documents are needed to get there, read The Border between Russia and Abkhazia.

If you have any questions do not hesitate to ask them in the comments below, we will answer you as soon as possible.

We will be very grateful to you if you leave your feedback and comments about our article, or about your travel experience to Abkhazia, so you can help other people.

And also share a link to this article on social networks and add to the group in contact.

READ
How to get to Lake Ritsa in Abkhazia

Thank you, and have a nice holiday.

With respect to the author of EDEMGAGRA.RU Pankov V.S.

Abkhazia 0
Novy Afon: vacation tips A small town on the shore of the Black Sea

Abkhazia 0
The Truth about Tsandripsh. Leisure reviews for 2021-2022 Mini-hotel Barbaris Long time have not

Abkhazia 0
Gagra: vacation tips The dream of Soviet holidaymakers – the beautiful Gagra – is