All about rest in Lankaran

Lankaran city is located in the southeast of the republic, on the shores of the Caspian Sea and is the oldest city of Azerbaijan. The sea and a humid subtropical climate makes this city very attractive to tourists. Warm winters and hot summers are all you need for a good beach holiday. Along the coast stretches a network of comfortable hotels, campgrounds and vacation homes. 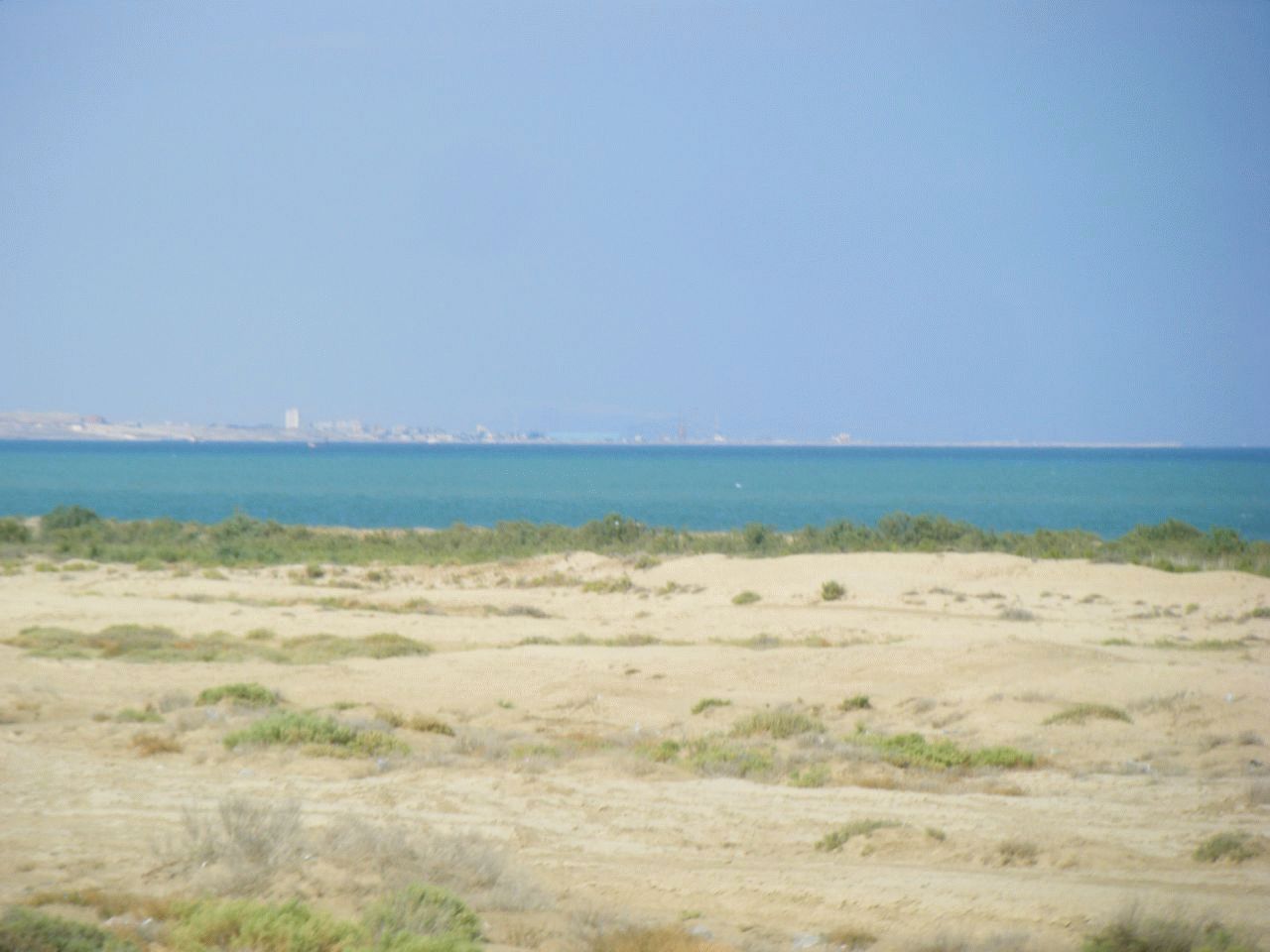 Rest in Lankaran in 2022 can be planned for any time of the year. City hotels are waiting for its guests from all over the world.

– Kavkaz Sahil – hotel category 4 stars. Two-story building and cottages. Rooms are good and clean. If you agree in advance with the hotel administration, you can be met at the airport, only for 400 Russian rubles (10 manat). A restaurant is included. The food is tasty and not expensive. You can have lunch for 11 manat per person; – Khan Lenkoran is a cozy hotel, in the national style. The collection of antiquities can compete with the local local history museum. The service is very good. Cuisine in the restaurant, only national, but all very tasty; – Lux Lankaran – excellent hotel, with a good restaurant, where you can eat tasty and inexpensive, 10-15 manat. The hotel has a wonderful spa, sauna and fitness room; – Palmalife Lankaran Resort – new design, cleanliness, air conditioning. Well-groomed green area. There are cottages and rooms in the hotel. Tennis court, soccer field, large clean pool. But the food in the restaurant, leaves much to be desired, but around a lot of different restaurants, where you can eat well.

Prices in hotels are very, very democratic. For one day of stay, from 30 to 50 euros per person. Even in the season, when the influx of tourists increases. 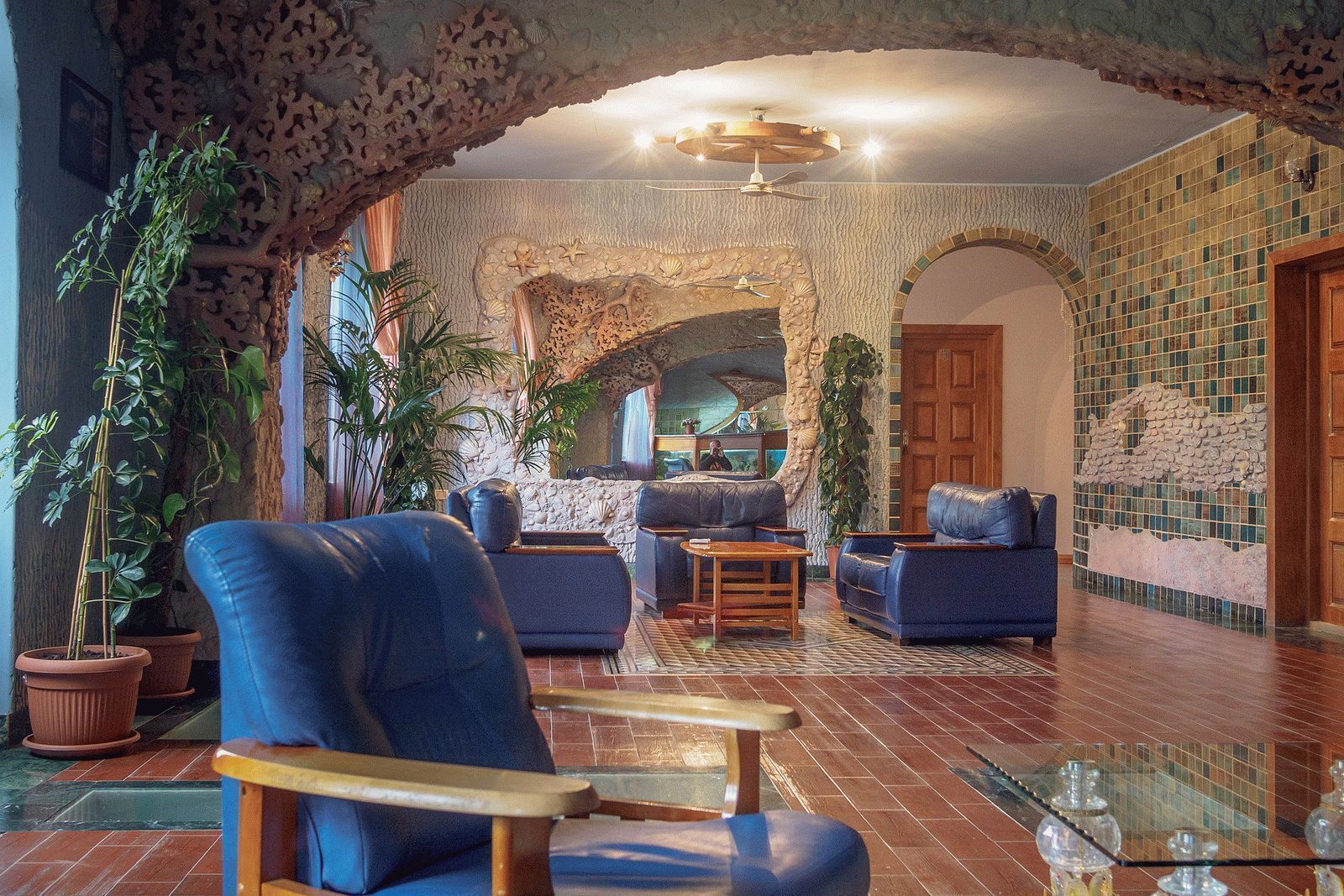 Restaurants and entertainment of the city

To enjoy dishes from fresh seafood, you can look at the restaurants: Khan Lenkoran and Istambul Lahmakun. Titanic Restaurant invites you not only to eat delicious food, but also to enjoy the beautiful view of the evening sunset against the background of the sea. The average bill at these restaurants ranges from 20 to 50 euros.

Lankaran, can not promise you a vibrant nightlife, as in the Turkish or Egyptian resorts. The nightclubs and discos are located on the territory of the hotels. 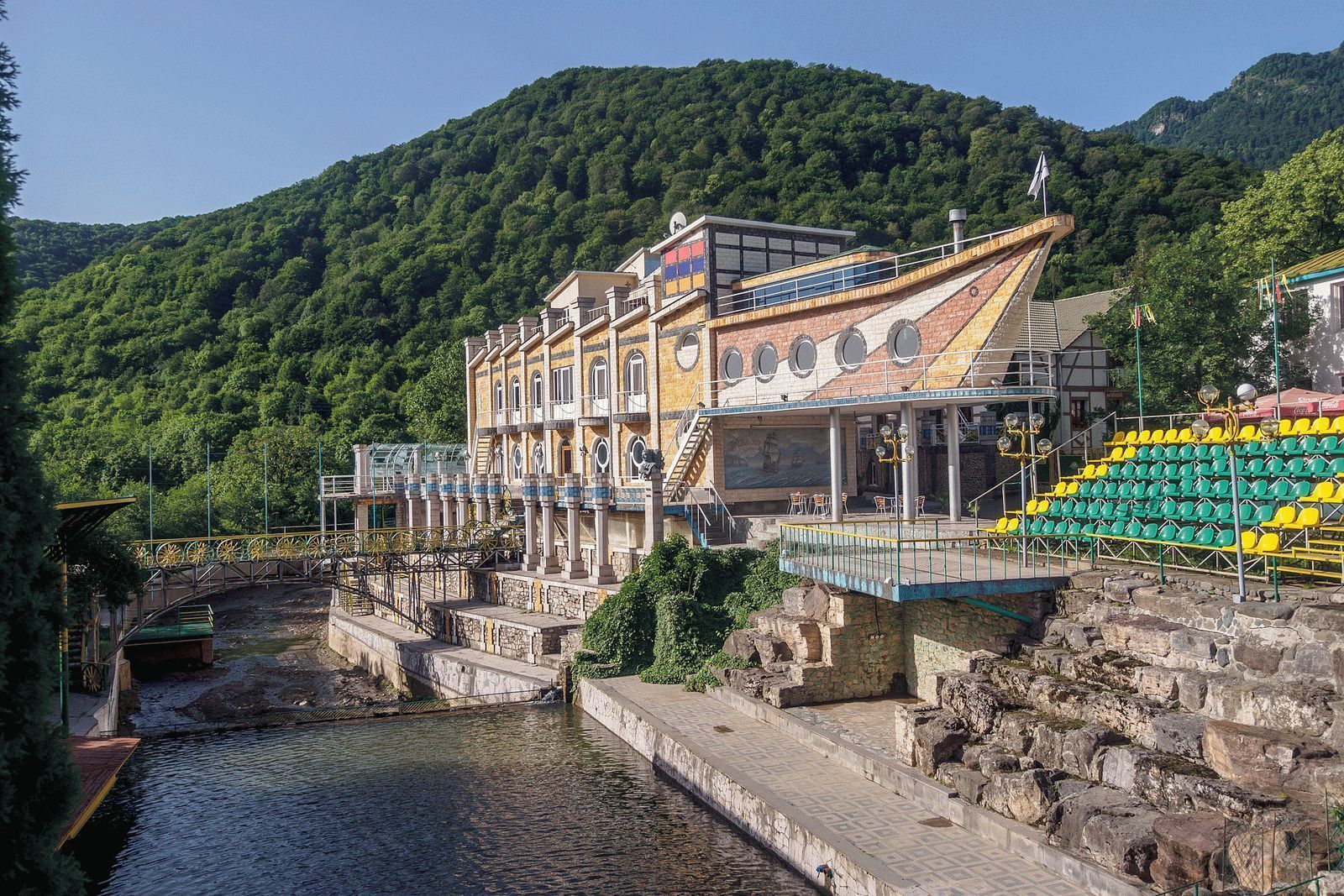 The beaches of the city of Lankaran, much cleaner than the beaches in Baku. Here people and tourists are still less. The sand on the beach is black with an admixture of volcanic masses. Scientists say that such sand is very useful for health, for treatment of diseases of musculoskeletal system, nervous system and cardiovascular system. Since the sand is very hot, walk on the beach is recommended to wear special slippers.

At some parts of the beach, men and women rest separately. Affects the proximity of Iran. Of course, not everyone follows this rule. Tourists, however, advice: Ask about the rules in force on the beach, where you are going to rest.

Everyone who will come to rest in Lankaran in 2022, be sure to try the famous black Azerbaijani tea. It is brewed in a special way and served with a delicious, local jam. Tea can be enjoyed in an expensive restaurant and a simple cafe.

Do not forget to buy yourself and your loved ones tea as a gift. The cost is about 100 rubles per 50 grams. The packaging may be different: in cellophane packages, in cardboard or tin cans. 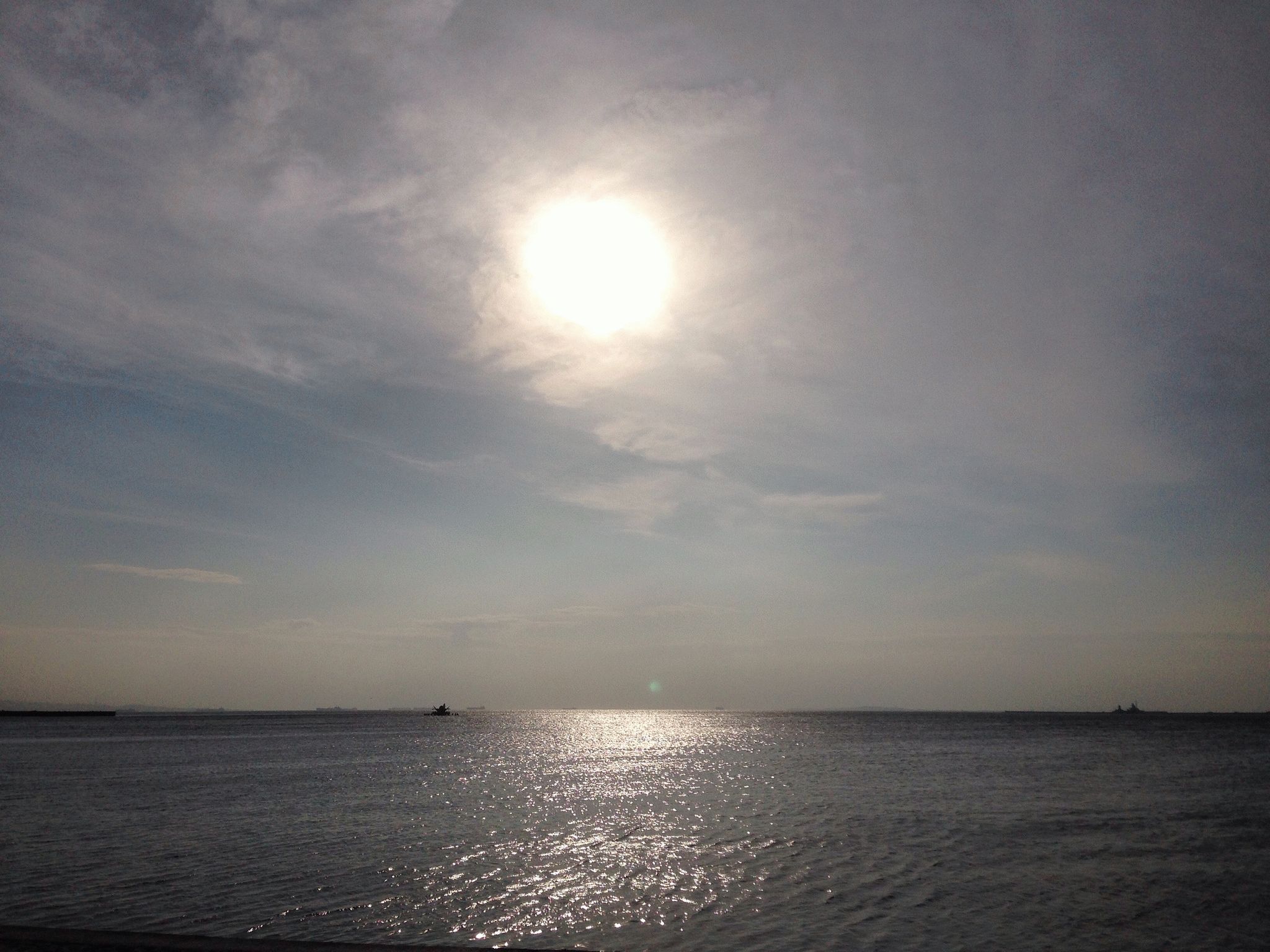 Lankaran is not only an ancient but also a very beautiful city. Of great importance for the city are architectural monuments, which have survived here since the IX-X centuries. Thanks to this the town has become famous among tourists.

– Hanega is a Muslim institution. Behind a high wall of the fortress, there are many mosques and mausoleums; – The Palace of Khan or as it is also called the Palace of Love – was built by the local khan for his wife. Very beautiful building, in the construction of which national ornaments and elements were used; – Lankaran fortress – built in the XVIII century and well preserved its original appearance to this day. Here one can observe partridges, pheasants, swans and over 300 other bird species. Its height is almost 34 meters.

READ
Baku Airport: how to get to the city center

Even just walking around the city you will see a lot of interesting and informative things. 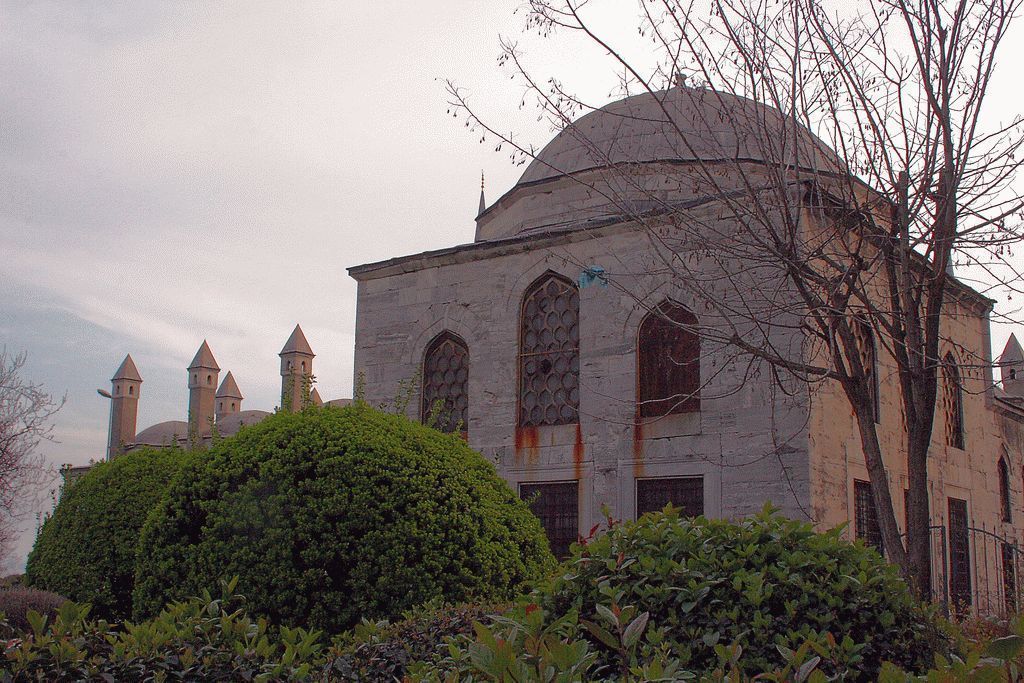 How to reach the resort?

Two kilometers from the city there is an international airport. There are regular flights from Moscow to Lankaran. Tickets cost from 17.500 thousand rubles. From the airport to the city you can take a cab. Speak to a cab driver about the amount in advance. There are trains to Lankaran, but it is a very long way.

Planning your vacation in 2022, leaving Lankaran you will definitely want to come back here again. Mountains, sea, sand and tea will be waiting for you!

Holiday in Lankaran: reviews by tourists

Spending a vacation for lazy lying on the sand is not in my spirit. I decided to spend my precious time of rest with benefit and to improve my health. On friends’ advice I flew to a small town called Lankaran in Azerbaijan.

The flight was comfortable and did not have to change planes. The airport was not big, but it was clean and comfortable, there were cafes and stores. The sanatorium, which accommodated me, has the same name as the city, which greeted me quite hospitably. Those wishing to relax here should take into account that most of the locals adhere to the Islamic faith, so you should not walk in too open defiant clothing. As well as look at the point-blank faces of the female sex, although, perhaps, it would be inappropriate in any country.

Of the interesting features of the resort I will allocate the unusual beaches of black sand. It is strongly heated in the sun, walking on it without shoes is doubtful pleasure. As for the Caspian Sea, the water is warm and clear, you may swim there whenever you want.

There is a monument of true love in the city – khan Mirakhmedhan built a three-storeyed palace for his beloved Tugra. The construction of Khan Evi (Khan’s Palace) was influenced by the Transcaucasian beauty contest, which won the Khan’s wife. Nowadays the Museum of Local Lankaran is situated here. I particularly remember the part of the exposition devoted to Muslim Magomayev.

The legend about the origins of the town’s name is interesting. Finding themselves in such a beautiful fairy tale place, the travelers were just “lazy” to leave it – Lenkoran. I myself did not want to leave.

Lankaran is a colorful, eastern city in the south-east of Azerbaijan. I stayed there with my family, in a hotel located in the seaside area. I liked it very much. It was unlike anything else, unusual – so to say about the time spent at the resort.

There is clean air, very warm – not below 27 degrees, sea water and dark – gray, fine, healing sand. Practically empty beach – few tourists, very quiet, no noisy entertainment. Beach rest – fine, the only thing that brought discomfort – a stony entrance to the sea, we had to put rubber flip-flops. We were warmly welcomed and our expectations were taken into account.

The town is not small, traditional Islamic. There are a couple of mosques, one was built near the seafront, it seemed that it was built not so long ago, and another one – built in the 19th century, called Kichik Bazar, the word “kichik” means “small”, if I understood correctly, the mosque used to be surrounded by a small market, now – no market. Another attraction is the house of Talysh khan, which now houses the museum of local history. It is a three-storey house built of white stone and red brick with white trim – the building itself is very interesting to look at, and you can enter the museum for free. Tea-house in the center was especially memorable – at the tables the men, despite the heat, dressed in suits, drink tea from the glasses, resembling a jug without a handle. The population treats the newcomers with restraint and tact, although walking around the city, you can notice the curious glances.

READ
Where to stay in Baku: 10 best hotels for value for money

Lankaran is a very ancient Azerbaijani city, its special beauty is due to the rich relief of the area. People lived here since the Bronze Age. The city borders with lowlands in the north and the Caspian Sea in the southeast. And also, which is not typical of Azerbaijan, there are many rivers in Lankaran. Unfortunately, I was in this city not for a long time, and now I’m saving up to explore it properly. Besides picturesque places and sights, the city has a special drink – Lankaran tea. It has an interesting taste and a reddish hue, very different from its supermarket counterparts. Lankaran has perfectly preserved sights, so you can vividly imagine how people lived in distant times. I visited the Lankaran fortress. It was built in the 18th century and looked very intimidating to the enemies. For its time, the fortress was very high, with sharp teeth and deep ditches around the fortress filled with water. But in the 19th century, the fortress was still conquered by Russian soldiers. The capture of the fortress influenced the history of the state, because after that the Gulistan peace was concluded.

Lankaran is one of the interesting cities of Azerbaijan. It is worthwhile to visit this city and it does not take much money. Azerbaijanis themselves associate this city with lemons, because they grow lemons and also mandarins and kiwis in Lankaran. The city itself is located on the shore of the Caspian Sea. The nature there is marvelous. One can fly from Moscow to Lankaran. If you go there you can improve your health. The sand on the coast is black and has curative properties. One can reside in the sanatorium in Lankaran, which includes health-medical complex. There are several hotels in the city.

Lankaran is a historical memory. Life there started long before our era. Therefore the city is popular among tourists. Plus the beautiful sea. That’s what tourists come there for.)

When we were in Lankaran, we couldn’t help but visit the historic Lankaran fortress. It was built in the 18th century and has been perfectly preserved to this day. We left with unforgettable impressions).

For the religious tourists a great role is played by Khanega. It is a complex of mosques and shrines. And if you like historical and beautiful buildings, the house of Mirahmad Khan, located in the city center will amaze you with its beauty and unique architecture. And be sure to try the Lankaran tea. Probably it will be the most delicious tea you have ever tasted. After all, tea in Lankaran is grown on local plantations.

If you like animals, then it is worth to visit Girgan reserve, which has a… read more