The Black Sea or the Sea of Azov: on which coast and when it is better to rest in 2022

The Krasnodar region is rich in recreation types: there are both mountains and the sea. And even the coasts are different – the Azov and the Black Sea. The only question is: which is better to choose? Of course, much depends on the time of the planned vacation and what you want to get on vacation. One thing is certain that regardless of the choice – the Black Sea or Azov Sea – you are guaranteed to get the cleanest sea air, a unique climate, scenic views and a source of energy for the year ahead. But the difference between resting on these two coasts certainly exist. Let’s find out which one is better to rest on in 2022.

Read about the brightest destinations for your travels, travel news and new rules in our Telegram channel. Where to go, what to see, how to choose a hotel and where to go – with us your vacation will be really exciting.

When to go to the Black Sea

The Black Sea coast is rich in sanatoriums. Those who want to improve their health often come here. If you need medical procedures, you need to consider cities such as Sochi or Anapa.

Come for treatment on the Black Sea coast it is necessary in the off-season – spring or fall. During this period you can enjoy the gentle sun, silence and stroll along the deserted beaches. In summer on the Black Sea should go for a swim. Comfortable temperatures of about 25 degrees rise by July. 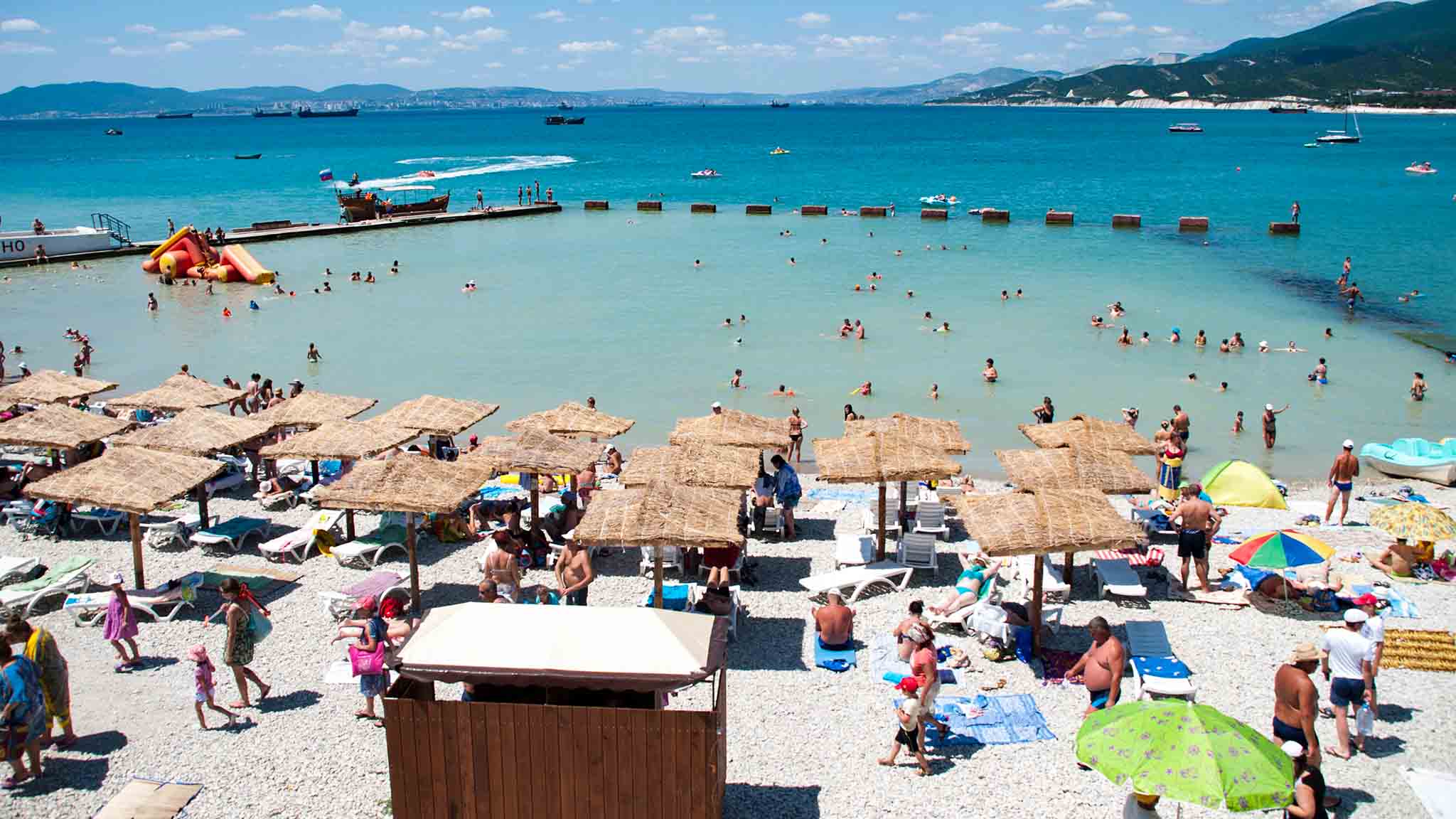 The best time for swimming in the sea is mid-summer. Photo: unsplash.com

In summer and autumn in the velvet season should also go for active walks and entertainment. In any city on the Black Sea coast you can find water parks, dolphinariums, zoos, go sailing, surfing or scuba diving on the seabed, hang gliding over the sea or horseback riding and jeeping.

READ
Rest with tents at the Black Sea: in campsites and feral camping

On the Black Sea coast, in Sochi, Anapa, Gelendzhik, you can choose an alternative to the sea – the mountains. You can go on hikes and excursions.

The best places for divers in Sochi

Polar shark or blue sea stars will not be seen here. But it is quite possible to tickle the belly of Cathranians, play with dolphins, explore rusted old ships, find medieval coins or cannonballs. Learn the most important things about diving in Sochi.

When to go to the Sea of Azov

On the beaches of the Azov Sea more often go families with children. Here, the sea is shallower and warms up faster. For example, if in June to swim in the Black Sea is still chilly, the Azov Sea is already perfectly by this time warmed up. And kids can splash around in the water longer and there’s less chance of getting sick. For the bravest and hardened suit even the end of April and early May. The sea here at this time is sometimes heated to 18-20 degrees. If you like cool water, then this time is ideal for recreation.

Active season on the Azov Sea coast begins in July and ends in the fall. And the main advantage of rest here are the low prices, regardless of the time of year. For low cost rest is necessary to go to this coast. 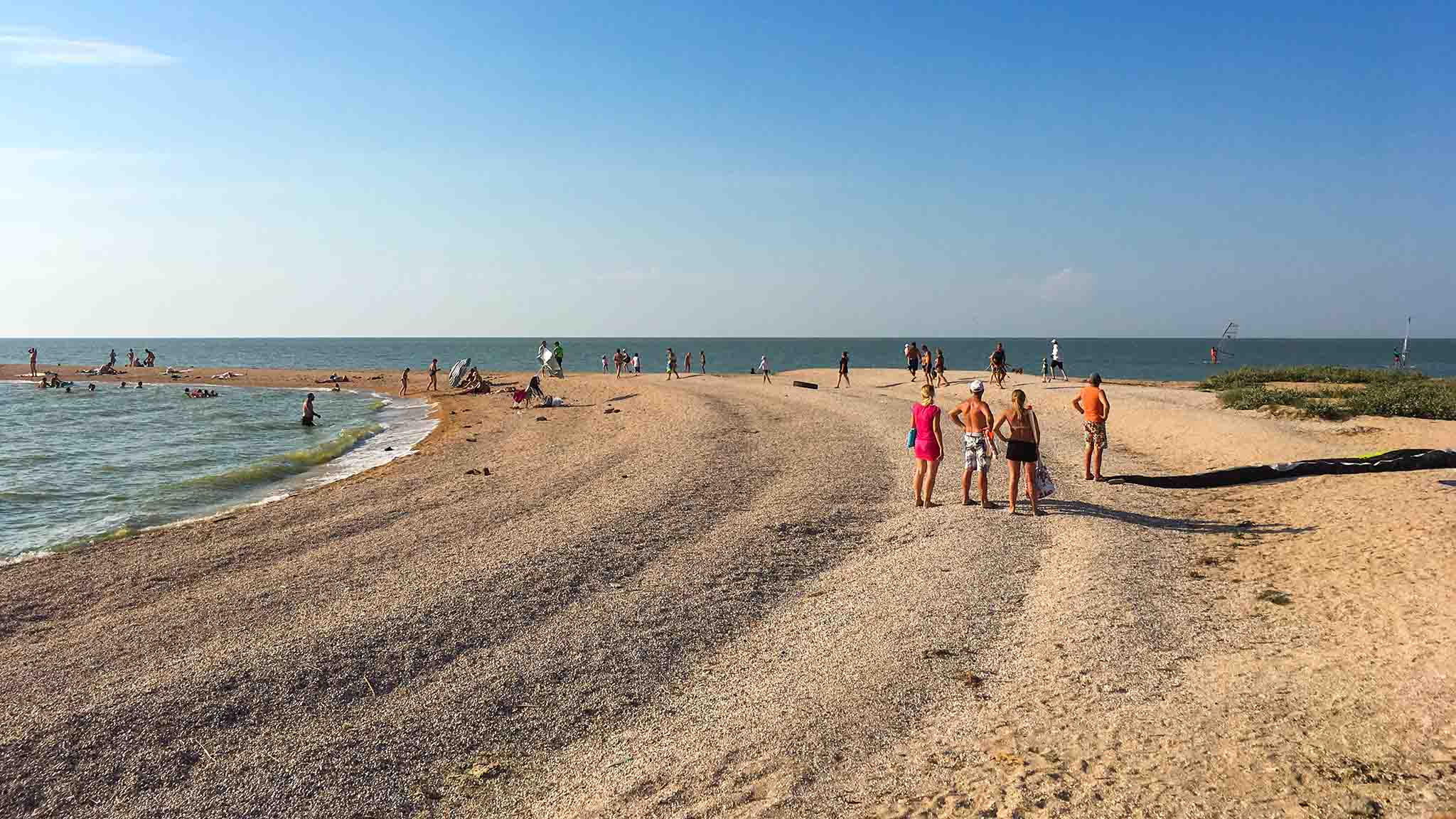 And the Azov Sea – a paradise for fishermen. More than 70 species of fish live in the sea and estuaries. That is why sea fishing is very popular here. Besides there is kitesurfing, windsurfing and yachting.

For health improvement on the Azov coast also has its own places. Tourists come here to visit mud volcanoes with the healing mud, which is not on the Black Sea coast.

Black Sea or Azov Sea: which is the better destination?

Two seas – Black and Azov Seas – washes the shores of Crimea. It would seem that they are salty reservoirs, and even neighboring with each other – well, how can they be different? And in fact there is a difference. Let’s see where to go to rest – to the Black Sea or Azov.

The Sea of Azov – small in area and the shallowest on our planet – the depth does not exceed 14 meters. It is connected to the Black Sea by the Kerch Strait, bounded by Cape Khroni from the East and Cape Takil from the West.

The Black Sea is much larger and deeper. The depth reaches 2 kilometers. A characteristic feature – the occurrence of hydrogen sulfide and methane at a depth of more than 200 meters and, as a consequence, the complete absence of life.

The Bosphorus Strait connects the Black Sea to the Sea of Marmara and the Dardanelles to the Mediterranean.

Because of the shallow depth, the water in Azov warms up quickly and stays warm until late autumn. This makes it attractive for recreation with children. And adults like to rock on the warm waves, as in a Jacuzzi.

However, this positive moment has a darkening aspect – in summer, in the heat, the water begins to “bloom”. This is explained by the abundance of algae. Perhaps that is why the ancient Greeks called Azov Meotida – “rotten swamp”.

But the Azov Sea is not as salty, and the concentration of useful micro-and macro-elements in the water is high.

Black sea gets warm not so quickly and does not please in the high season “fresh milk”. But its waves bring freshness and renewal. Water is constantly circulating and therefore does not stagnate.

The salinity here is higher than in Azov – 18 ppm. The mineral composition of the sea is close to the composition of human blood plasma, which helps to heal the body.

The Azov Sea spills near the endless steppes. Dry air is saturated with aromas of sun-drenched herbs – spicy, concentrated. The wind picks up the smell of wormwood, thyme, chamomile, and generously waves them around, as if intoxicating a fan. It’s easy to breathe, the climate is suitable for people with respiratory problems.

Coniferous idyll reigns near the Black Sea – junipers, cypresses, pines merge into a harmonious symphony of aroma. Coniferous phytoncides are useful not only for lungs, they soothe psyche, increase endorphins production, put in a lyrical mood.

Azov seacoast is entirely sandy. Beaches amaze not only with beauty, but also with their length. Golden, white, amber ribbons they wind along the bottle-green waters. Going into the water is smooth, the sea is shallow, which will be valuable if you are vacationing with children.

It is also easier to learn to swim in Azov.

The sand is mostly soft and gentle, only here and there you can find shells. It’s nice just to wander along the surf line, watching the waves slowly and lazily lick the tracks. Meotida sets you in a meditative mood. If you’re looking for zen, this is the place to achieve it.

A plus will be the relative lovelessness – on these shores you can still find solitude and stay one-on-one with the sea.

The Black Sea coast is different:

Sand is rare – near Feodosiya in the Eastern Crimea and after Yevpatoria in the Western Crimea.

Pebble beaches are leading – they start from Koktebel and stretch all along the southern coast. At Cape Meganom near Sudak there are bays with huge stone slabs and boulders, such as Bugaz Bay.

From Ayia Cape, the beaches become more and more rocky. It is not very convenient to enter the water because of that relief of the bottom. But here is a true paradise for divers – the water is clear, and between monoliths bustles motley sea life.

On the western tip of the Crimea, Cape Tarkhankut, the coast resembles a layer cake. It’s not that easy to get down to the water from this steep “Napoleon”.

The Crimean coast of the Sea of Azov is quiet. There are only two cities – Kerch and Shelkino. Kerch is full of historical and archaeological monuments and ancient aesthetics. Shelkino is a fully resort town with everything you need for a comfortable vacation.

The rest settlements are only villages. You won’t find any effervescent amusements there, just a quiet and measured pastime. While looking for a place to stay, you should pay attention to the villages:

Priazovye is also perfect for camping. Plenty of places to become – no camping and crowded. Only wild nature and wormwood wind from the steppe.

The popular location for a relaxation “wildly” are considered General’s beaches, or “Coast of Thousand Coves” that near Kerch.

It is different with the Black Sea coast. The density of resort towns is not insignificant here. It’s especially high on the South Coast. Even the villages in the season seething with activity. Those looking for action, nightlife and all kinds of entertainment will suit any city – from spiced Sudak to the exciting-easterly Evpatoria.

True, the Black Sea and there are quiet spots – on Tarkhankut not so crowded and there is an opportunity to dissolve in contemplation of magical sunsets.

Of course, on Azov interesting places are more modest and scattered than on the Black Sea. For the most part, there are the ruins of ancient settlements and natural monuments. On the Kerch Peninsula, for example, it is worth visiting the excavations:

READ
Eagle Rocks and Prometheus in Sochi: how to get there, tips, photos

The Golden Gate of the Black Sea

You will see a lot of interesting things by the Black Sea. There are many man-made and natural attractions. Well-preserved medieval fortresses – Kafa, Sudak, Cembalo. Yalta palaces amaze imagination, authentic religious buildings Evpatoria. The nature does not lag behind – mountains, waterfalls, rivers, lakes, canyons.

The obvious fact – to embrace the richness of the Black Sea coast of the Crimea, return here again and again.

Meotida suits those who are prone to solitude, looking for long walks on the sandy beaches and meditate by the evening sea. It is also excellent for family vacations. The water is warm, the beaches are gentle, the sea is shallow.

The Black Sea is a perfect substitute for the Mediterranean in our difficult time. Healing air saturated with juniper berries, deep clean sea, and a picturesque stony coast. Developed resorts will please fans of active recreation. Climbers and divers will also be pleased – both above and under water in the Black Sea there is something to see.