Many people ask: is it worth to go to Kaliningrad this summer? The Kaliningrad region, due to its western location and lack of borders with the rest of Russia, has found itself in a difficult situation. In February 2022 the Baltic states closed the sky to our planes. And cargo bound for the region began to be delayed. This could not help but cause concern among locals and tourists.

The former are worried about the future fate of Kaliningrad and the Kaliningrad region. Will there be a blockade from the “west”, will there be enough food and essential goods, etc. etc. Tourists are understandably less worried. But they have to make a choice – whether to go on vacation this year or not.

Judging by the latest news and the position of the authorities, there is no special reason to postpone the trip. If you want to vacation in Kaliningrad in the summer of 2022, you’d better do it. After all, while there are no problems with either planes or trains.

The advantages of a holiday in Kaliningrad in the summer of 2022.

The main plus is the reduction of the tourist flow. The Minister of Culture and Tourism of the Kaliningrad region Andrey Ermak expects more than 2,000,000 tourists (source). But even in May holidaymakers arrived at least twice less than last year. True, 2021 was a real record. 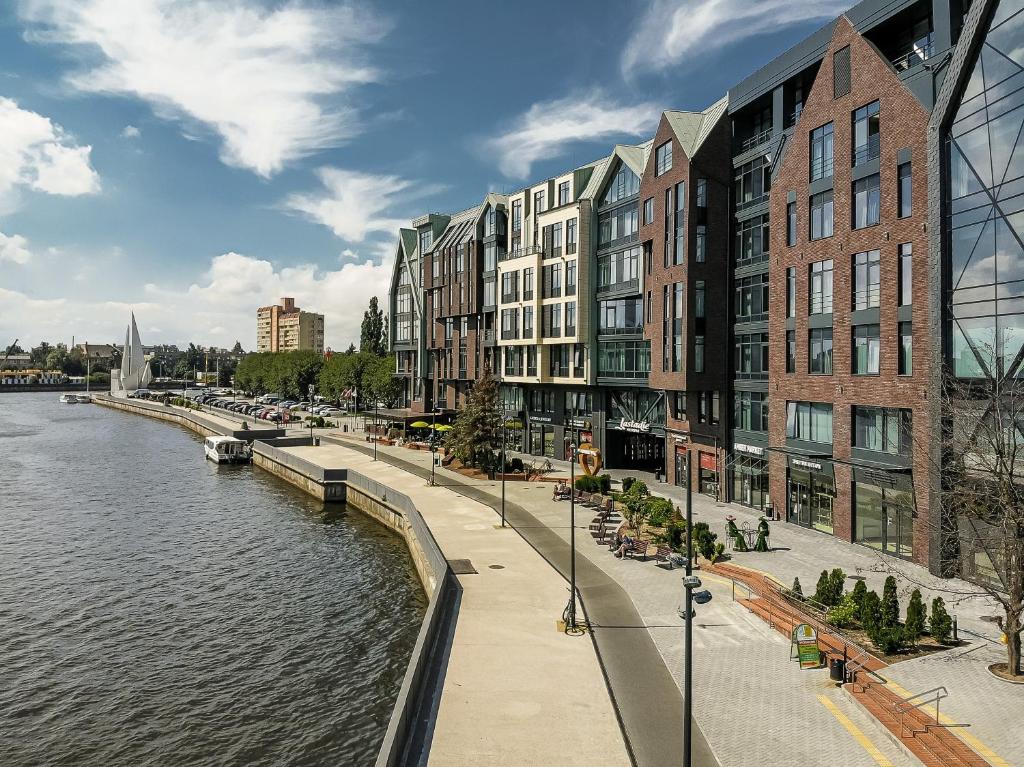 According to eyewitnesses “it was hard, and traffic jams on the Curonian Spit reached 3 km” . This year it is obvious that there will be no record. But for many people it’s a plus.

One more advantage of Kaliningrad this summer is prices. Tourist business workers say that prices in region 39 (as well as in the Crimea) are approximately at the same level as last year. While in Sochi, for example, they grew by 1.5-2 times.

There are many reasons for this phenomenon. From sensibility of small hotel owners to the necessity to find analogues to booking on the threshold of the season (not everyone managed to put their facilities at least on Yandex.Travel in time).

The third plus is the rapid organization of a new air route through the neutral waters of the Baltic. As soon as Lithuania, Latvia and Estonia closed the skies to Russian planes, the bypass route was “laid” in the shortest possible time. However, now it is more convenient to get to Kaliningrad by plane from St. Petersburg.

In Kaliningrad in the summer of 2022 new routes will open. Excursions “From Arnau to Tapiau”, “Knightly castles of East Prussia”, gastronomic programs and visits to industrial sites (for example Ushakov shipyards). And this is another reason not to cancel the trip. After all in such little-known cities like Neman, Sovetsk, Gvardeisk tourists will be comfortably few.

And in general “depth of bookings” for summer in Kaliningrad region is very small now. Many leave planning literally on the last moment. It concerns air tickets, hotels and excursions.

The question is the answer.

Are there any problems with flights to Kaliningrad?

READ
Where to stay in Kaliningrad - 10 options

No, planes fly through the neutral waters of the Baltic. The way from Moscow is 30 minutes longer. But St. Petersburg is even closer to Kaliningrad. Now not only ferries go from there but also the shortest air route.

Is it true that in summer charter flights to Kaliningrad region will be launched?

ATOR (Association of Tour Operators of Russia) wrote that such possibility is studied by Rostourism. But if they launch charters, it’s mostly for sightseeing tours in the Kaliningrad region.

Is it true that borders with Lithuania and Poland have been closed?

Yes, land borders are closed. There is no possibility to go to Europe, and in 90% of cases there is no possibility to get to Kaliningrad by car. But this was also the case during the last two years of the pandemic. True, by the end of March 2022 Lithuania and Poland were planning to lift the restrictions. But they didn’t do it due to events in Ukraine (under the pretext of worsened epidemiological situation).

Is it possible to get to Kaliningrad by train from Moscow or St. Petersburg?

Yes, no important changes yet. And the transit document for crossing the territory of Lithuania can be issued to all the citizens of Russia.

So, is it worth going to Kaliningrad this summer? Or it is not worth it?

It is worth it or not, everyone decides for himself. There are no visible obstacles for rest in Kaliningrad region in 2022. And those, who nevertheless will decide, for once will be able to get to the Curonian Spit without 3-kilometer traffic jam.

My Telegram – Krym Fest . I write about rest and the situation in the Crimea. I live in Sevastopol and I share what is happening on the peninsula right now.

What do tourists think about Kaliningrad? 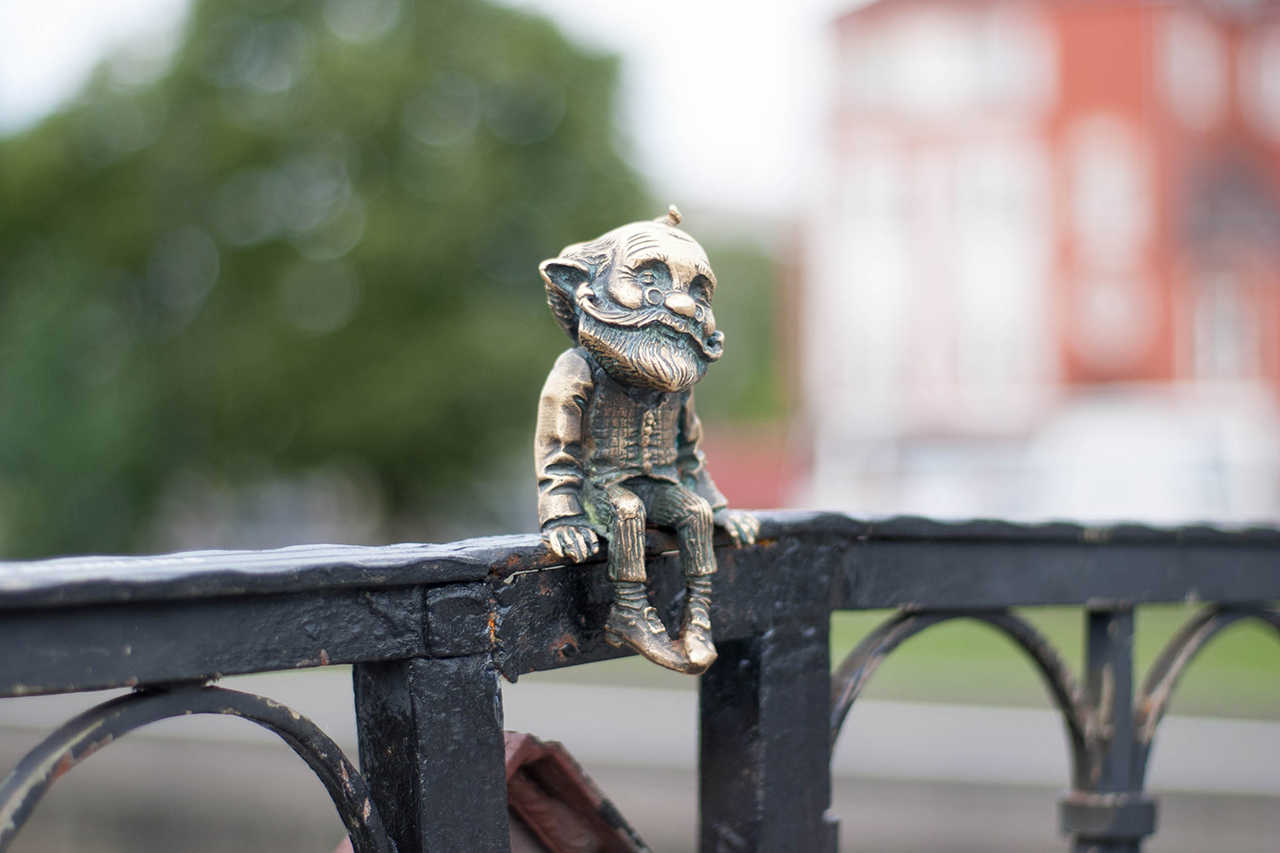 We have collected reviews of tourists about rest in Kaliningrad. Pros and cons of the trip in 2022. Tips for travelers. Find out what they write about the weather, hotels, attractions and shopping in the capital of the amber region.

Russia’s westernmost regional center lies in a temperate climate zone. In Kaliningrad there are no severe cold and debilitating heat. The weather is mild and comfortable for sightseeing tourism at any time of year. Summer is usually dry and warm, the off-season is rainy, winter has little snow. Read more about rest in Kaliningrad in winter.

On the shores of the Baltic Sea comes a lot of vacationers. According to tourist reviews, beach holidays at resorts near Kaliningrad starts in June, when the sea water temperature reaches +17. +18°С. In July and August it gets warmer – the air temperature is +25. +26 ° C, and the sea +19. +20°С. The shallow waters warm up to +22 ° C.

In early September, the weather in Kaliningrad resembles summer weather. According to tourist reviews, the velvet season begins in the middle of the month and lasts until the end of October. In September there is a lot of sun, and in October it is rather overcast. The air temperature is +8. +15 ° C.

Tatyanja: “At the beginning of March the grass began to grow, snowdrops bloomed near the entrances! This impressed me most of all.

Chunya90: “September or early October is the perfect time. There are not so many tourists anymore and all the trees are starting to color in beautiful bright outfits.” 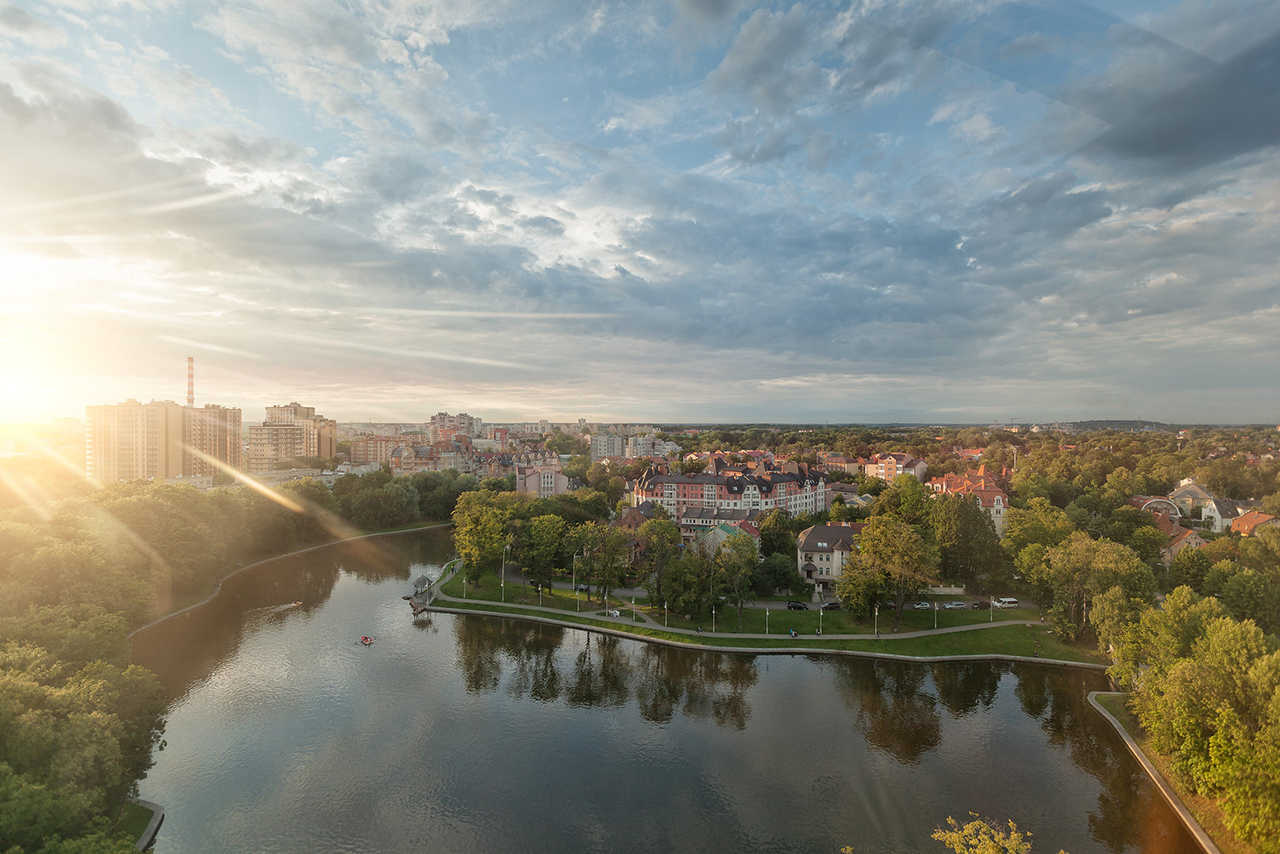 There are about 4000 lakes and reservoirs in Kaliningrad region (Photo: Anton Novojilov / flickr.com)

Hotel reviews for hotels in Kaliningrad

Residents of the city say that Kaliningrad is almost Europe. There are luxurious 5* business hotels, neat 2-3* hotels and family-friendly apartments. Hotels on the outskirts are 20-30% cheaper than in the center. The “stars” are quite European – the level of service fully complies with the declared.

READ
Where to eat tasty and cheap in Kaliningrad - 7 places

Larisa : “The hotel “Tourist” is fresh and comfortable. Located at some distance from the center, but in a green area with good transport links. The amber museum is very close. The rooms are quiet.

Victoria : “In the hotel “Marton Palace” 4 * is a very tasty breakfast. They offer pancakes, scrambled eggs or porridge. Tea, coffee. The location is in the center of the city. All attractions in good weather can be reached on foot. 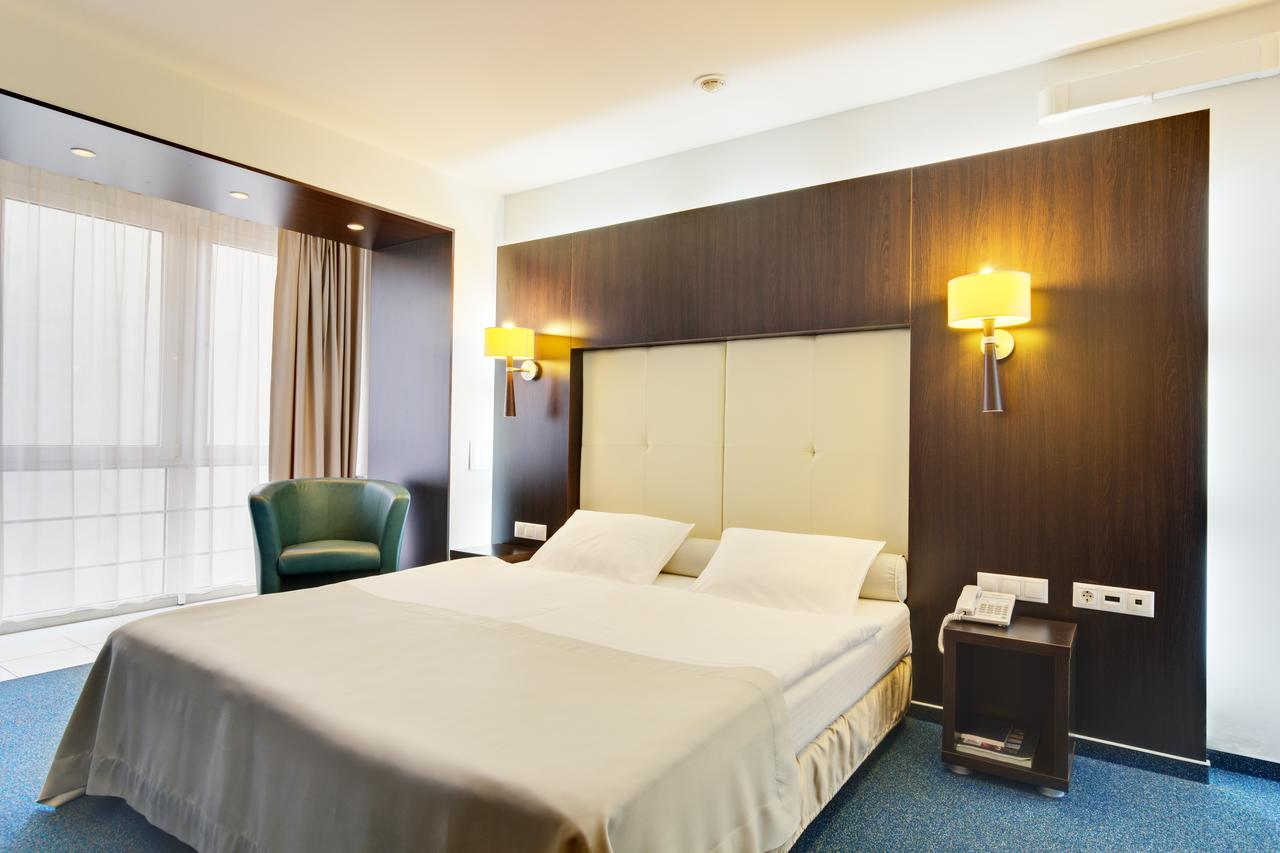 Reviews of tourist attractions in Kaliningrad

The city has a rich history. The philosopher Immanuel Kant and the storyteller Ernst Hoffmann were born in Kaliningrad. After the destruction during the war, few architectural monuments remain. See the 14th century Cathedral, and admire the colorful buildings of the Fish Village, the fortress gates and forts. With children, go to the amber museum, the zoo, and the dolphinarium.

According to reviews, tourists enjoy not only the historical sites of Kaliningrad. They enjoy traveling on the Curonian Spit. From the city to the unique nature reserve is reached by bus number 593, which goes to Morskoye.

If you want to take a walk within Kaliningrad, go to the green Botanical Garden. Unique collections of plants from all over the world occupy an area of more than 13.5 hectares.

The main aim of the visit is to explore the unique natural beauty of the city. It is popular with visitors to walks through the old district of Amalienau, excursions with a steamer ride, gastronomic tours of fish establishments and beer Konigsberg, as well as trips out of town. Choose and book your excursions on Tripster, which has hundreds of classic and unusual programs with real tourist reviews. Check out 10 very interesting excursions in Kaliningrad.

To make your vacation in Kaliningrad in 2022 a pleasant experience, study the reviews of tourists about the excursions.

READ
Kaliningrad airport: How to get there

Larisa: “I was lucky enough to visit the Curonian Spit. The trip left wonderful impressions, thanks to the professionalism and wide knowledge of our guide. Read more about the tour →

Natalia: “It’s an endless pleasure to walk along the quiet streets, buried in verdure and listen to the stories about the area, the houses, the families. So much has happened, and behind each gate is a different fate.” Read more about the tour →

Reviews of tourists about shopping in Kaliningrad

Conveniently, the main shopping centers are within walking distance of each other. Sales are held twice a year: in winter, after New Year holidays, until the end of February and in summer, from the end of June.

Lostmen: “Clover Citycenter is a cozy center in the heart of Kaliningrad with the largest number of eating places. There aren’t many stores, but enough to enjoy shopping under the cool air conditioning in the heat.” 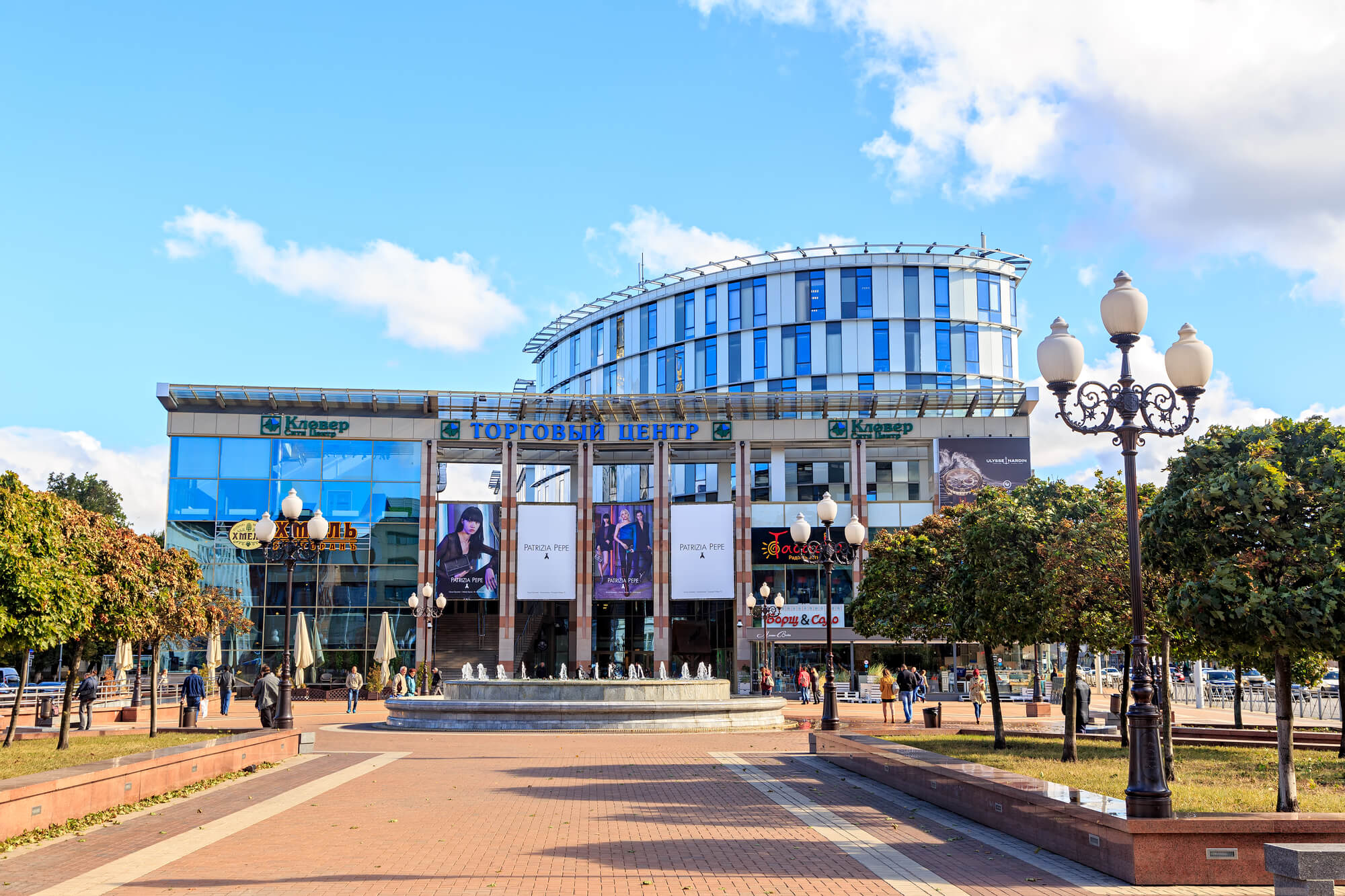 Pros and cons of vacationing in Kaliningrad

As can be seen from the reviews, a trip to Kaliningrad in 2021 left a pleasant impression on most tourists. Guests of this city liked the beautiful architecture, cleanliness and relaxed atmosphere.

The pros of vacationing in Kaliningrad in 2022, according to reviews of tourists:

LakisGalina: “The city impressed me with its architecture, greenery. You can walk around the streets all day, admiring the old houses. This is a great place to stroll around and admire the different styles of architecture.

Senhorita: “There are ads like “inexpensive xenon” on the old brick wall. It spoils the look of the city and blurs the impression”. 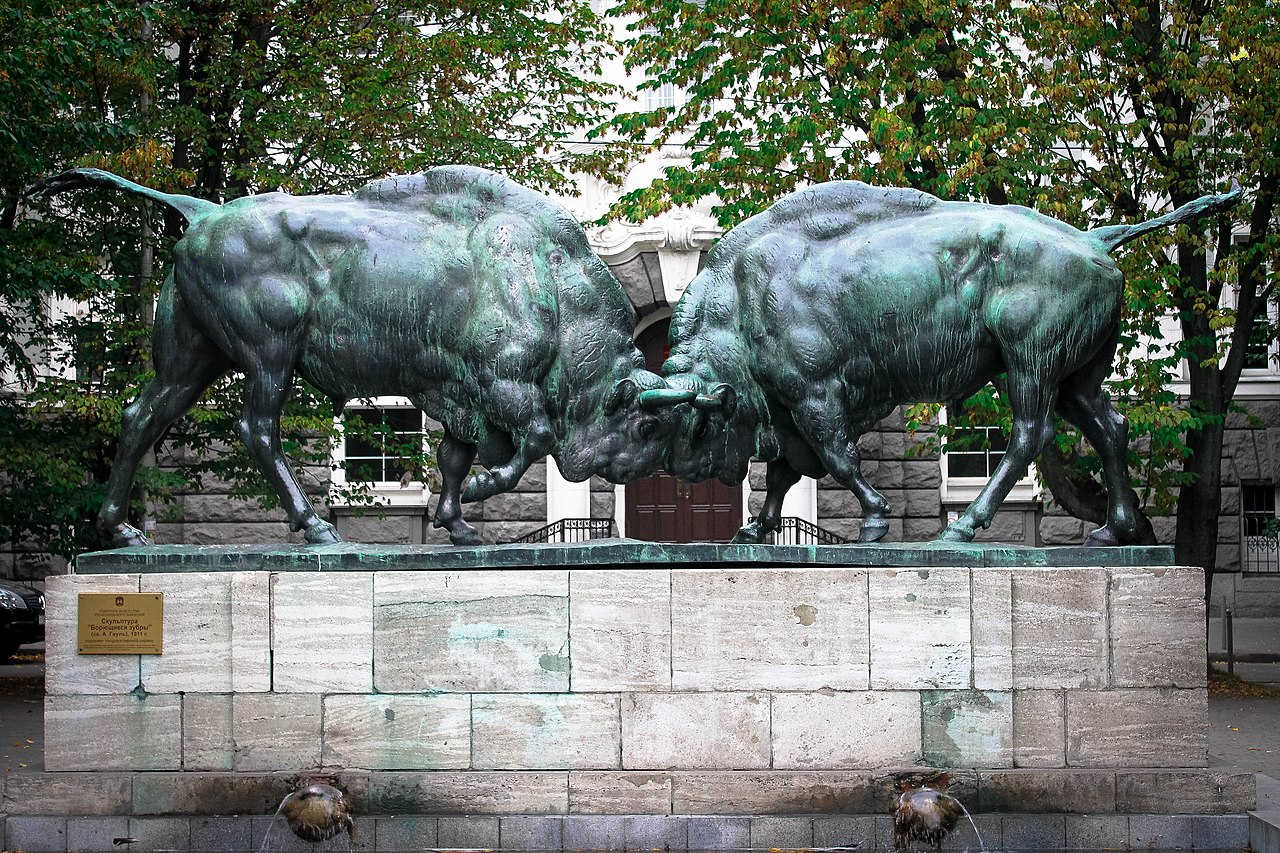 Nuances of the Kaliningrad region and travel tips

If you fly to Kaliningrad by plane, you don’t need any documents except your Russian passport. Tourists who get by land – by car or train, pass through the territory of Lithuania. A passport and a Lithuanian visa are required to cross the border. Passengers of Russian transit trains can receive a special travel document, which gives the right to pass through Lithuania twice without going to the platform.

Kaliningrad is the only Russian resort on the Baltic Sea. The water in this sea is clean and transparent. Jellyfish are practically nonexistent. Beach vacation, especially with children, we recommend planning for July or August, when the Baltic Sea is warmer.

Kaliningrad is not too big, public transport is well developed, so there is almost no difference where to stay – in the center or on the outskirts. The hotels in the center are in demand at Christmas time, New Year holidays and in summer. Prices in low season are 20-25% lower than in high season. For holidays at seaside resorts near Kaliningrad, book lodging in advance.

In souvenir stores and tourist areas you may run into amber fakes. Buy amber jewelry in specialized stores or at the amber factory in the village of Yantarny.

Natus1ka: “The best place, oddly enough, turned out to be the airport on the way back. I’ve never seen such a choice of amber anywhere.

Kaliningrad 0
To Kaliningrad by train: documents for trip in 2022 The question “What do I

Kaliningrad 0
Kaliningrad in summer: is it worth to go in 2022? Many people ask: is